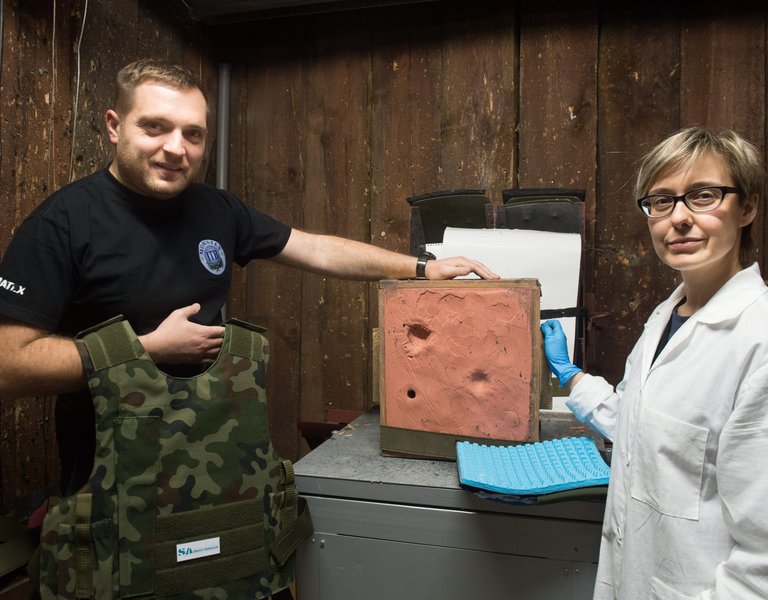 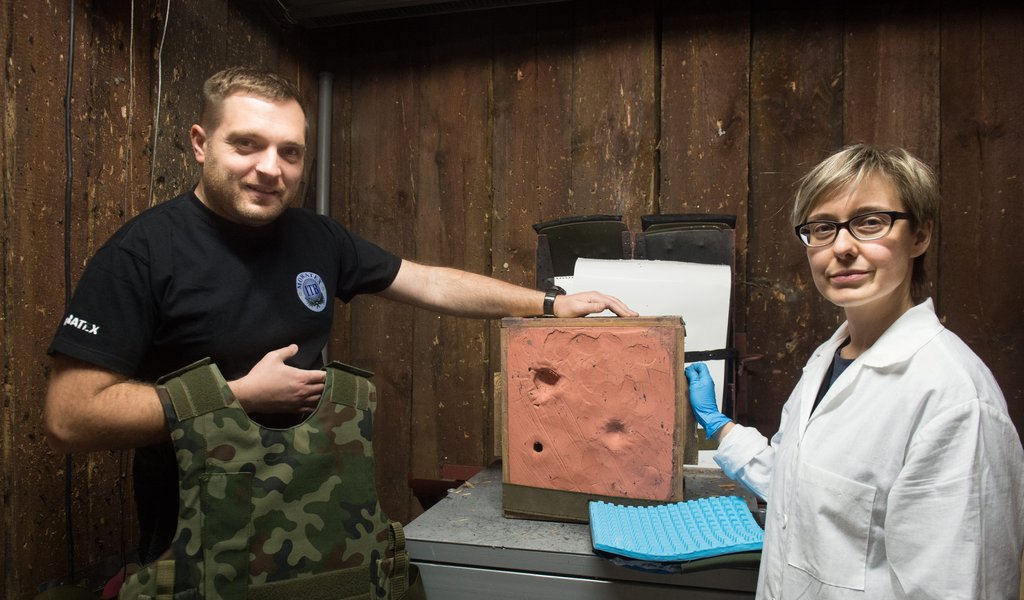 More than a hundred years after a Pole invented the bulletproof vest, Polish scientists have improved personal protection against bullets by filling the vest with... liquid.

Without great exaggeration one can say today in all honesty that the bulletproof vest is a Polish speciality. The idea to create the vest came to Casimir Zeglen, a Chicago resident, back in the 19th Century. In 1897, the Polish monk obtained two patents for making a bulletproof armour made of a silk cloth developed by him, the thread of which was fastened so tightly that it blocked bullets from penetrating the material. In 1903, he founded Zeglen Bullet Proof Cloth Co. producing bulletproof vests.

After a century of technological development, nowadays the military has far more effective vests made, for example, of Kevlar, a fibre five times stronger than steel. However, this is  still not quite the perfect solution: when hit by a bullet the vest's cover can bend up to 4 cm, increasing the risk of injury to internal organs. Polish scientists found a solution to this problem by creating a vest filled with a special liquid – a mixture of silica powder and glycol. The scientists behind the invention are researchers from the Warsaw University of Technology, the Military Institute of Armament Technology and the Institute of Security Technologies “Moratex.” 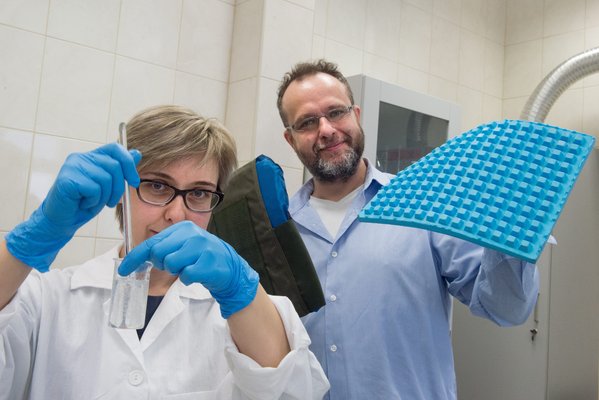 “This is a non-Newtonian liquid in which under the influence of momentary pressure molecules organise and arrange close to each other which allows energy from the blow to be absorbed,” Marcin Struszczyk, PhD, Deputy Director of Science at the Institute of Security Technologies “Moratex” in Łódź, told Poland.pl.

The expert points out that the liquid-filled vest must be made of ballistic materials, such as Kevlar and polyethylene fabric. Only then can protective equipment achieve incredible results: it stops a 7.62-calibre bullet rushing at a speed of 720 meters per second. No wonder that it has attracted attention the world over.

“Liquid is an additional element reducing the material's bend,” says Struszczyk. “Our tests showed that thanks to it we have managed to reduce the bend of the cover caused by a blow by almost 80 per cent, so to just 1 cm.”

Foreign companies within the defence sector are already interested in the solution developed in Poland and want to buy the revolutionary technology. It can be used not only in defence but also wherever it is necessary to disperse energy from strokes or vibrations, e.g. in the production of sports protectors, bumpers or dampers.

“We are thinking of creating special repellents which when applied to a ski suit protect the skier from injuries caused as a result of falls,” adds Marcin Struszczyk.