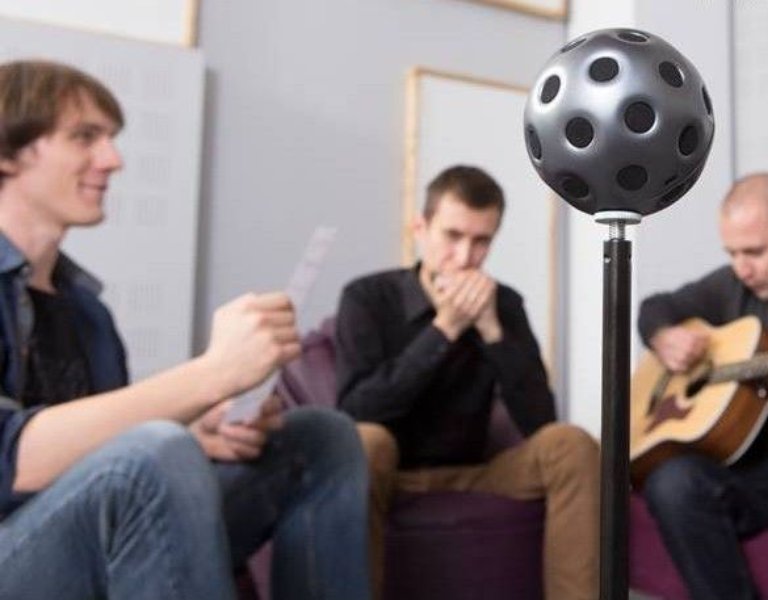 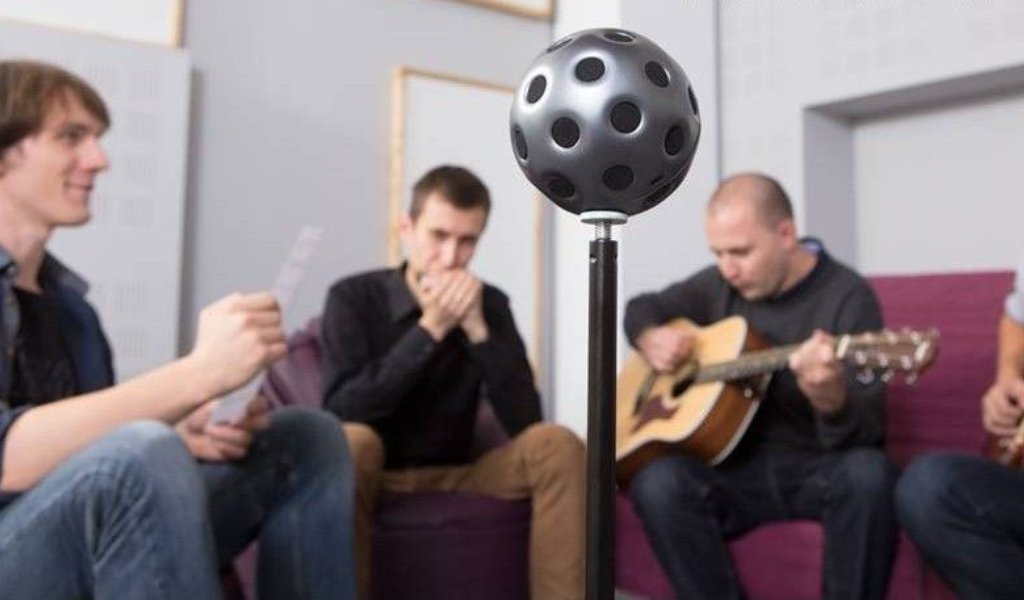 The device can “hear” a single instrument in a band and record it on a separate track. All due to an unusual spherical microphone created by Polish engineers.

“Music is one of my passions. I often experienced how difficult and time-consuming it is to record multiple instruments. This is how the idea of creating AudioImmersion was formed,” says Tomasz Żernicki, PhD, co-author of a revolutionary system which uses only one device to record multiple sources of sound.

And the device is truly unique. At its heart is a spherical microphone matrix which hides many microphones. In order to be able to “hear” individual musicians playing at the same time, engineers have equipped them with advanced software that allows accessing the so-called virtual microphone and directing it to any given place. This enables the recording of the whole band at the same time – without the need for expensive equipment, such as microphones, cables, etc., assigned to each of the performers. This is particularly useful in the case of test recordings.

“Young bands often use simple, easy-to-use smartphones for such recordings,” says Żernicki. “However, it is often difficult to select the sound of individual instruments from such a recording. Moreover, this type of recording is not suitable for further processing.”

The AudioImmersion system created by Żernicki’s team provides the same simplicity as a smartphone, is just as easy to move around, and at the same time it can separate recordings of individual instruments, to which effects can be later added.

Recording multiple instruments is not the only task of AudioImmersion. This device can also be used to record surround sound, which is used in so-called virtual reality technology. The combination of a virtual image with the surround sound gives the impression of an extraordinary realism and three-dimensionality of the audio layers. This allows you to virtually move around the sound stage, just as you would at a concert, for example.

These advanced features of the invention are not a coincidence, as Żernicki is a specialist in the the recording and compression of sound. These issues became the subject of his PhD dissertation, which he defended a few years ago at the Poznan University of Technology. This experience gave birth to the idea of creating the AudioImmersion system. Piotr Szczechowiak, PhD, with whom Żernicki founded a company called Zylia, specialising in the production of multimedia applications, assisted in its implementation – combining hardware and software. Currently, the company employs 18 people, all holding or in the process of obtaining PhD degrees. Seven of them are working on the prototype of AudioImmersion. The company managed to win a grant worth one million for its creation in the “Lider” competition organised by the National Centre for Research and Development.

Another success is the incorporation of the AudioImmersion technology by the MPEG standardising group into the surround sound encoding standard, which will be used in future digital television transmission standards (DVB-T/C). This standard will be compulsory in television and radio receivers around the world and Zylia is the first Polish company in the 30-year history of the MPEG that has managed to receive such a recommendation.