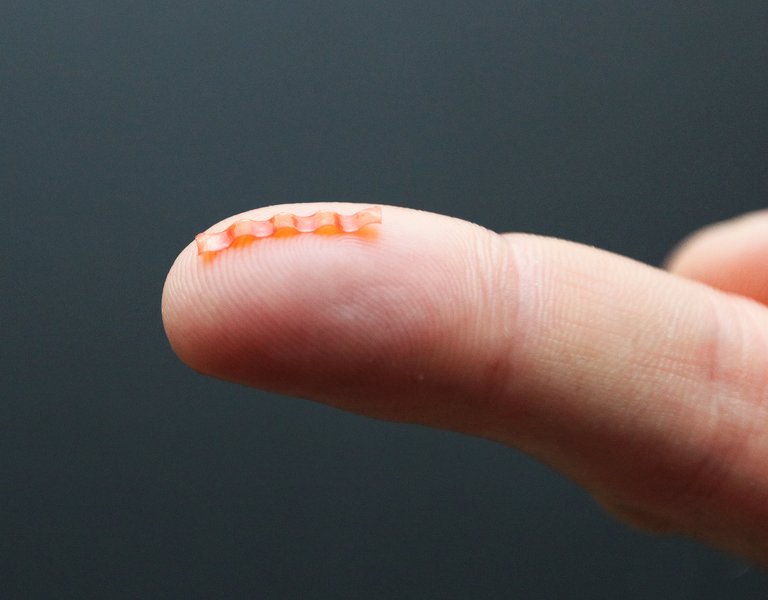 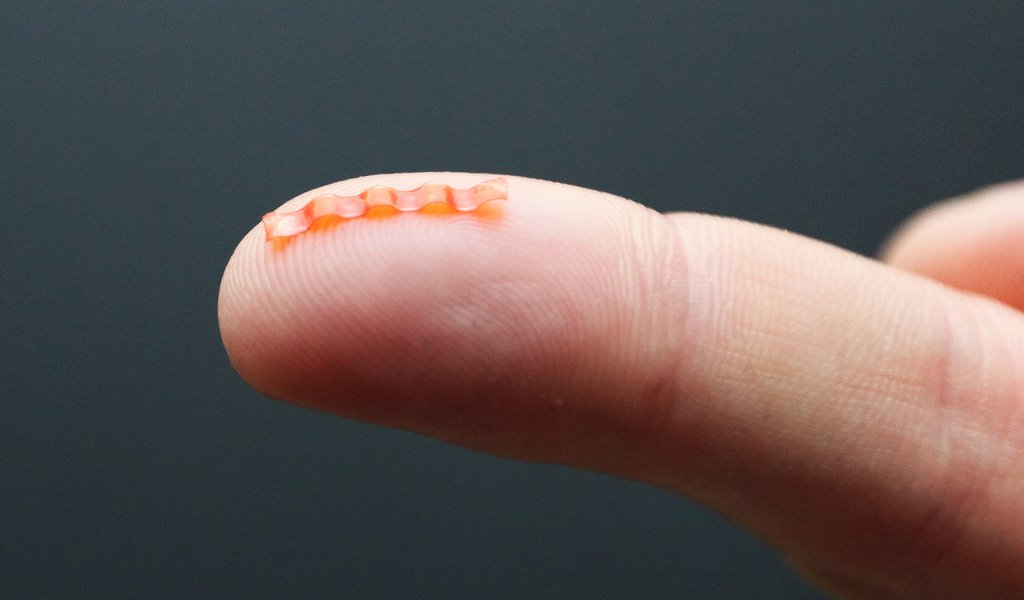 University of Warsaw Physicists have designed a tiny robot that imitates the movement of a caterpillar.

The robot contains no electronics; it is powered and controlled by laser light. The caterpillar is a mere 1.5 cm long, and capable of transporting objects several times heavier than itself. To quote Mikołaj Rogóż, a student at the Faculty of Physics at the University of Warsaw and one of the designers, the caterpillar robot “is made entirely of plastic and feeds on light”.

The robot contains no engines, batteries or other devices. It comprises a single piece of elastomer (technology originally developed at the LENS Institute, Florence). The material is heated with laser light – the illuminated component begins twisting in high temperature.

“The deformation process is fully reversible. Once you cool the material down, it resumes its original shape”, says Rogóż.

“When scanning the robot with a laser beam, you can only stimulate and heat selected parts of it – this is how you decide which way the robot moves,” he explains.

A powerful green laser beam makes the robot perambulate. The light is strong enough to damage a camera, which is why the caterpillar robot’s movement was recorded by scientists at the Faculty of Physics of the University of Warsaw with a camera fitted with an orange filter – one that lets practically no green light through.

“Our caterpillar can climb small hills, squeeze through cracks, and push objects six times heavier than its bodyweight. Imagine a grown man pushing a Fiat 126,” the researcher explains.

Rogóż ends on the following note: “This project presents the concept of robots that contain no internal power system or engine, fully steerable by the outside world. Thanks to such a solution, the robot is light-weight, pliable, and easily transportable – all we do is control it by shooting a laser beam. Our caterpillar stands in contradiction to the standard robotic concept – a moving tin humanoid full of wiring and batteries.”

The research of microstructures with interesting optical and opto-mechanical properties – headed by Piotr Wasylczyk, Ph.D. of the Photonic Nanostructure Faculty at the University of Warsaw’s Physics Department – is financed by the National Science Centre as part of the Light on Roads Less Travelled. The Optics of Three-Dimensional Photonic Structures project. The caterpillar robot design was published in the Advanced Optical Materials periodical.