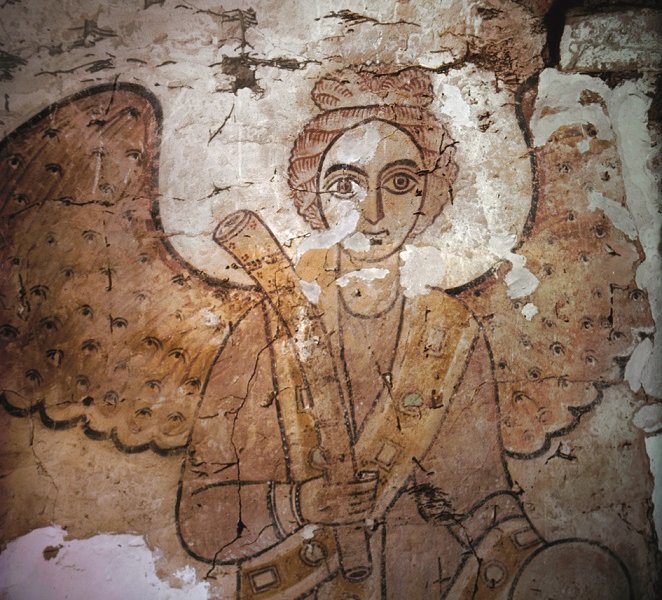 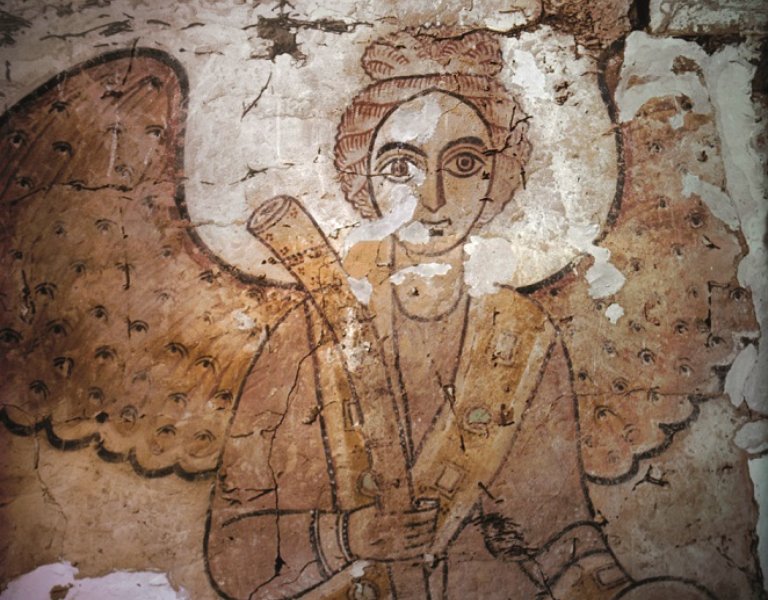 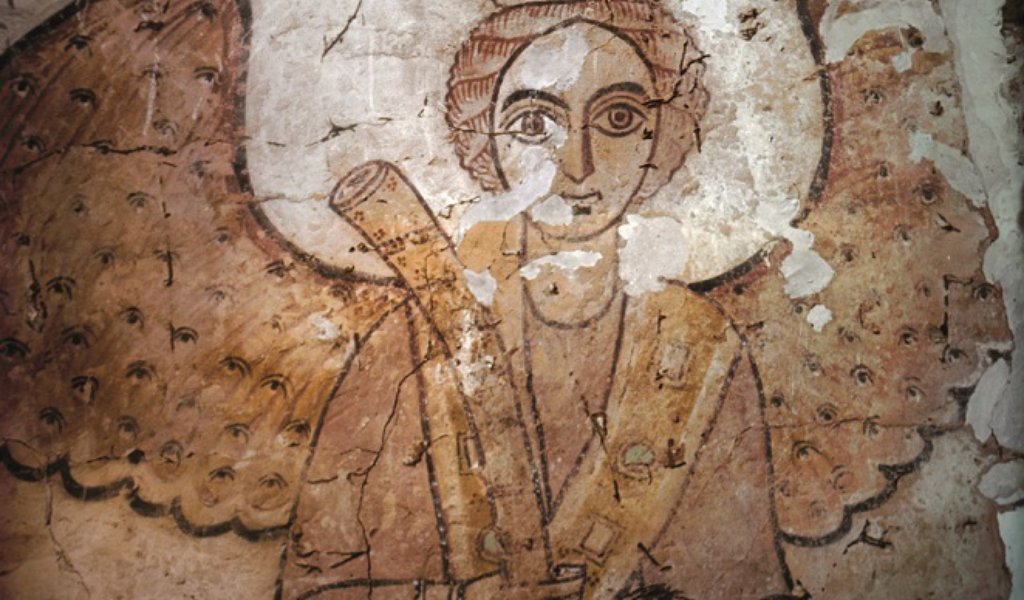 Poland and Sudan – an archaeological symbiosis

Poland and Sudan have a largely unknown yet rich tradition of partnership in the field of archaeology. Ever since Kazimierz Michałowski answered UNESCO’s call, Sudanese and Polish archaeologists have been unceasing in their efforts to map, excavate, and preserve the ancient heritage of this African land. Their scientific cooperation has been both recognised and formalised by institutions in both countries. Their partnership is a hallmark of reliability and trust in the field of archaeology. 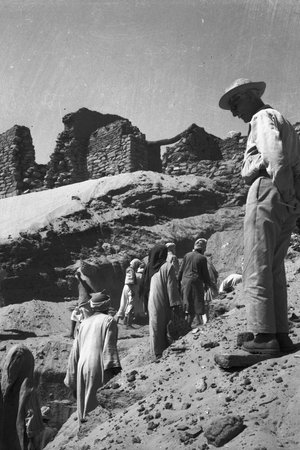 Cooperation between Poland and Sudan in the field of archeology stretches as far back as the 1960s. It was then that a Polish team led by Professor Kazimierz Michałowski took part in the ‘Nubian Campaign’ – UNESCO’s appeal to save countless archeological treasures, threatened by the construction of the Aswan Dam. Together with the National Museum in Warsaw, Michałowski’s team saved the ancient town of Faras, where they discovered a well-preserved, medieval episcopal cathedral with numerous tempera paintings. Attesting to the reliability of Polish-Sudanese partnership is the fact that the two sides have always kept to their agreements, and already in the 1960s equally divided the salvaged paintings. The heritage of Faras did not get scattered across the globe, but was meticulously catalogued and saved for posterity in the Polish National Museum in Warsaw and the Sudan National Museum in Khartoum. 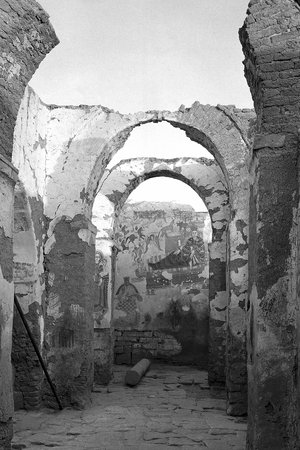 Nowadays, the antiquities from Faras comprise the largest and most valuable archeological set originating from foreign excavation sites to have ever been acquired for Polish museums. The Professor Kazimierz Michałowski Faras Gallery at the National Museum in Warsaw is the only exhibition of Christian Nubian antiquities and art in Europe, and the largest one outside Sudan.

Despite being the most famous to date, the discovery at Faras is not the only Polish archeological mission in Sudan. Since 1964, in the capital city of medieval Nubia – Old Dongola, where in addition to a fortified town area, palaces, 15 churches, also more than a hundred mural paintings were found in a local monastery and other buildings. Steady progress has been made since 1998 at Banganarti, where most recently, in 2016, efforts by Polish archeologists resulted in the discovery of several dozen paintings inside Rafaelion church. Poles have conducted archeological works in Sudan continuously since Michałowski’s mission. Currently, there are 14 teams and 100 people at multiple sites including: a shepherd village in Kadero, cemeteries at El-Detti and El-Zuma, survey works at the Bayuda Desert, a monastery at Ghazali, a Mesolithic agglomeration at Khour Shambat, and a fortified village in Selib, Third Cataract area, and the ancient town of Soba.

Mirosław Masojć, associate professor at the University of Wrocław, leads a team in search of multiple Acheuluean sites across the Arabian desert in Sudan. He regards the cooperation between Sudanese and Polish archeological missions and institutions to be very positive. 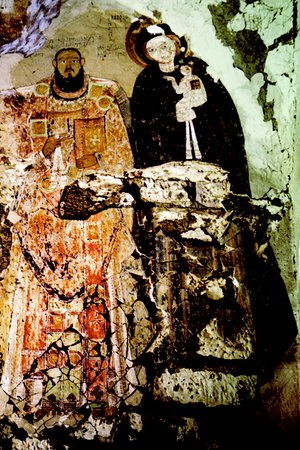 Agreements, such as the one the University of Wrocław has with Al-Neelain University, are not uncommon, and their Sudanese partners are always ready to provide logistical and scientific support. The cooperation runs smoothly and no one is trying to obstruct it. Even during the Cold War, when Poland and Sudan found themselves at times in different camps, the Sudan Antiquities Service was apolitical, and its professionalism allowed for complete lack of discrimination against Polish researchers. A long-time leader of Polish research in Dongola, professor Stefan Jakobielski, stated that the Sudan Antiquities Service has always shown Polish archaeological missions professional help and courtesy, which is why the works and cooperation never suffered disturbances appearing in the country. “Polish archeologists are very highly rated by the Sudanese side,” says in turn Masojć , adding: “Polish and Sudanese archeologists operate based on mutual trust”. One of the reasons for that trust is the Poles’ meticulousness and careful approach. Perhaps less obvious is that none of the relics and artefacts discovered by Poles end up at private auctions. Great care is taken to preserve them in a proper manner and location. “Along with a few other countries, we constitute the most serious archeological team in Sudan,” he adds.

Polish efforts to uncover and catalogue the historical riches of Sudan have been recognised by the local authorities. In April 2002, two Polish archeologists, Stefan Jakobielski and Lech Krzyżaniak were awarded the highest national distinction – the Order of the Two Niles – in recognition of their contributions to Sudanese culture and science. Bogdan Żurawski, who was among those to discover the Kushite temple in Sonijat, was awarded for his efforts with a diploma, a medal from the Sudanese Antiquities Service as well as 60 crates - about a metric ton - of antiquities which are now exhibited at the National Museum in Warsaw.

In July of 2003, the Sudanese Minister of Culture, Abdel Basit, visited Poland and took part in opening the “Archeology of Sudan” permanent exhibition in Poznań. In 2011, the National Museum of Sudan hosted a conference titled “Fifty Years of Cooperation between Sudan and Poland in the Field of Archaeology”. The Polish Centre of Mediterranean Archaeology used this opportunity to present Sudanese archaeologists with medals of merit in recognition of their contribution to the success of this joint Polish-Sudanese effort. Moreover, the Sudanese Museum also cooperates in scientific matters with the National Museum in Warsaw as well as the Polish Centre of Mediterranean Archaeology. Paintings and other antiquities from Faras were transported to the National Museum in Warsaw, where they have been exhibited in the Faras Gallery since 1972. The gallery’s opening was accompanied by a scientific conference, during which the creation of Nubiology – a new branch of archeology – was announced. Currently Poles are among the leading experts in the field of ancient Nubia, but their interests are not confined to that topic. They deal also with prehistory, anthropology, and ethnography. In 2014, the gallery was reopened after significant renovations. 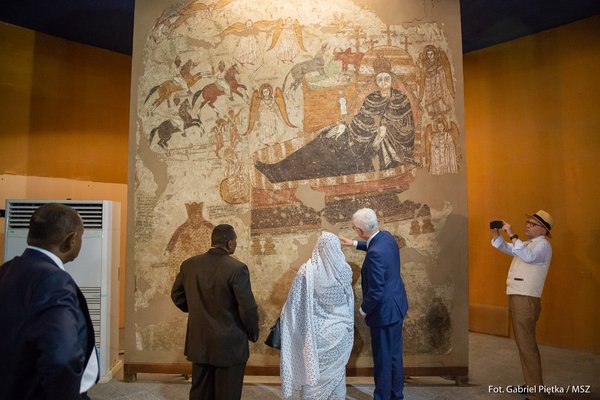 From 2012 until the end of 2015, Polish archeological teams in Sudan were supported by the Qatar-Sudan Archeological Project, which disbursed significant funds to buttress the efforts of discovering and preserving Sudan’s historical heritage. The project has since been discontinued due to lack of further funding.

2018 saw the inauguration of the Polish Archaeological Unit in Khartoum, which will support and further facilitate Polish archeological missions in Sudan. It is only the second foreign archeological unit in Khartoum, which speaks to its significance and profundity. One of its important functions is the institutionalisation of contacts with Sudanese authorities and the popularisation of Polish archeological activities in Sudan. It is headed by Mahmoud El-Tayeb – a Sudanese-Polish archaeologist from the University of Warsaw.

Following the successful excavation and salvaging of antiquities at Faras, the governments of Poland and Sudan signed a formal agreement on cultural, scientific and technical cooperation in 1967. Unfortunately, the agreement lapsed in 1974 and has not yet been renewed. A glimmer of hope for archeologists from both countries remains, however, as Sudan has expressed willingness to sign a scientific and academic agreement dedicated specifically to archaeology issues.

It is also worth noting the exchange programmes between universities in Sudan and Poland. Several of the Sudanese archaeologists, introduced to the Minister of Foreign Affairs of Poland, Jacek Czaputowicz, during his last visit, studied in Poland. They expressed their appreciation for Polish experience and scientific thought in this field and evoked the experience they gained in Poland.