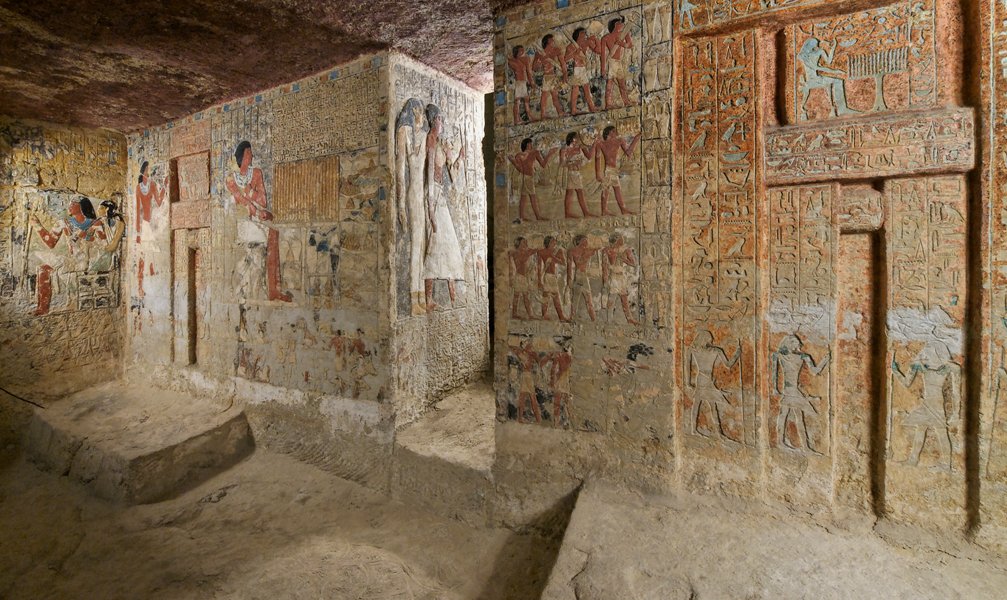 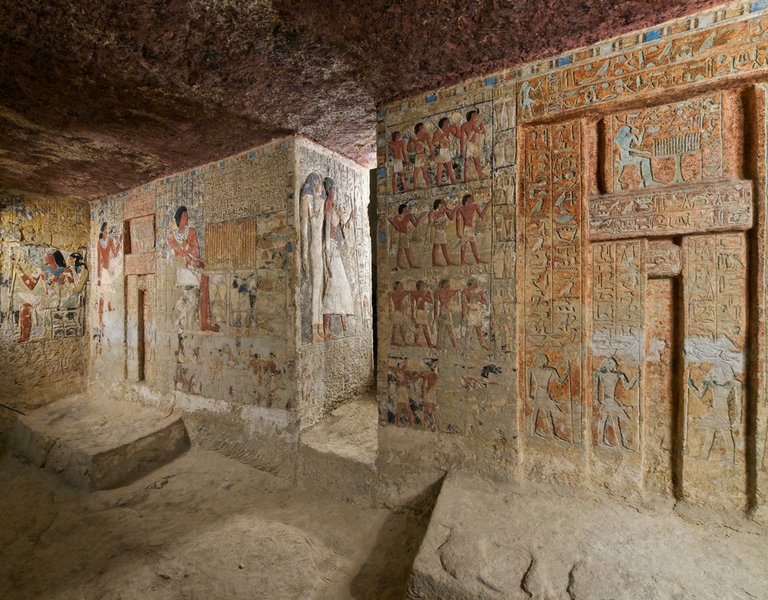 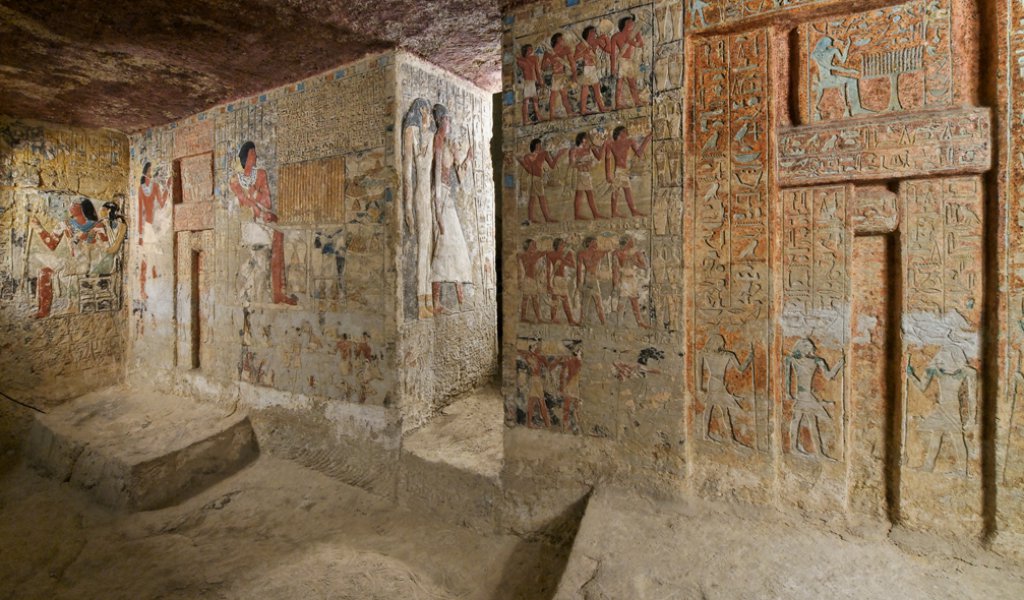 Archaeologists from Poland are among the world’s top researchers of Northern African monuments. Their discoveries include cities and tombs of ancient Egypt, as well as imposing medieval temples of Nubia.

Pharaoh Thutmose III’s temple at Deir el-Bahari, a vizier’s tomb at Saqqara, a Roman craftsmen’s district at Tell Atrib, and a Christian basilica at Faras are only some of the resounding finds made by Polish archaeologists in Egypt and Sudan.

“Polish archaeology has grown out of the magnificent Mediterranean tradition, in which our country has been rooted since the 16th century,” Professor Karol Myśliwiec tells Polska.pl. He is director of the Polish Academy of Sciences’ Institute of Mediterranean and Oriental Cultures, and himself one of the key researchers of ancient Egypt.

As the archaeologist adds, Polish scientists carried out excavations in Egypt already in the late 19th century. Before World War Two, an independent national research programme was launched by Professor Kazimierz Michałowski, the founder of the Polish school of Mediterranean archaeology, which combines excavations and research with conservation work. One of Michałowski’s successes was the establishment, back in 1959, of the University of Warsaw’s Research Station of Mediterranean Archaeology in Cairo. Known today as the Polish Centre of Mediterranean Archaeology of the University of Warsaw, it has become a base for archaeologists arriving from Poland to examine the monuments of Egypt, Sudan and Syria. 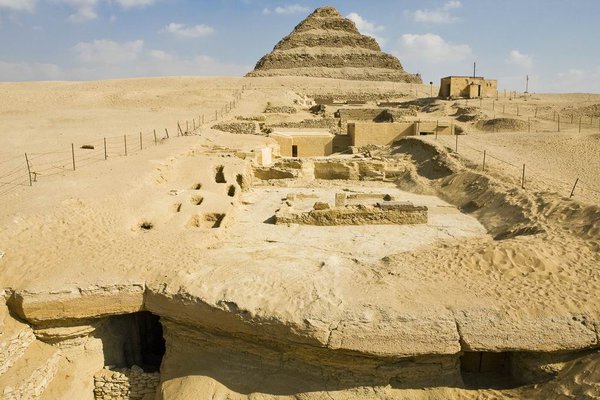 The run of spectacular finds began shortly after the Polish team settled down in Cairo. In 1962, while digging in the Deir el-Bahari valley, the archaeologists led by Professor Michałowski revealed the ruins of a hitherto unknown temple of Thutmose III, a ruler of the 18th dynasty during the New Kingdom period (15th century BC). The discovery was made at the same time as the famous temple of Queen Hatshepsut was being reconstructed. Two years on, the Polish scientists came across a monumental statue of Thutmose III on the same site.

Since the 1960s, Polish archaeologists have helped unearth a monumental city complex in Alexandria. The researchers have uncovered extensive fragments of a Roman district dating from the 1st – 7th centuries AD, complete with a basilica, baths, a theatre, and lecture halls. Many of these buildings have been reconstructed by Polish scientists.

In the ancient town of Athribis (Tell Atrib), Poles have been involved in protecting historic monuments against the encroachment by the expanding modern-day town of Banha. In 1985, the archaeologists led by Professor Karol Myśliwiec found a district of craftsmen and artists, including well-preserved baths, workshops, residential quarters, ceramics and sculptures.

“We were able to date these finds with great precision thanks to plenty of objects we had found there, such as coins and amphorae from Egypt stamped with Greek characters,” says Professor Myśliwiec. “This way we are pretty sure the layers in question date from 300 BC. Never before was it possible in Egypt to tell with such accuracy how old these kinds of finds were. In my opinion this has been one of the biggest achievements of Polish archaeology in the region, something which gave us comprehensive knowledge about what life in the Greek and Roman period looked like,” adds Professor Myśliwiec.

For 20 years now, Professor Myśliwiec has been supervising other excavations at the Saqqara site to the south of Cairo. They led to the discovery of a necropolis which is more than 4,600 years old. Near the pyramid of Djoser, a pharaoh of the 3rd dynasty, the Poles unearthed a tomb dating back to around 2300 BC, where a vizier called Merefnebef was laid to rest.

“During 150 years of excavation work in Saqqara, archaeologists were totally oblivious of the existence of this tomb right next to the famous pyramid of Djoser,” says Professor Myśliwiec. “As luck would have it, we came across a stunning structure there, with well-preserved wall paintings, immediately we started our work.”

The Polish team have continued their work on the site ever since. Their most recent success came in 2012, when they discovered even older graves. Cut in rock, they are arranged in tiers on the opposite side of the necropolis. Polish excavations are set to resume there in January 2015. 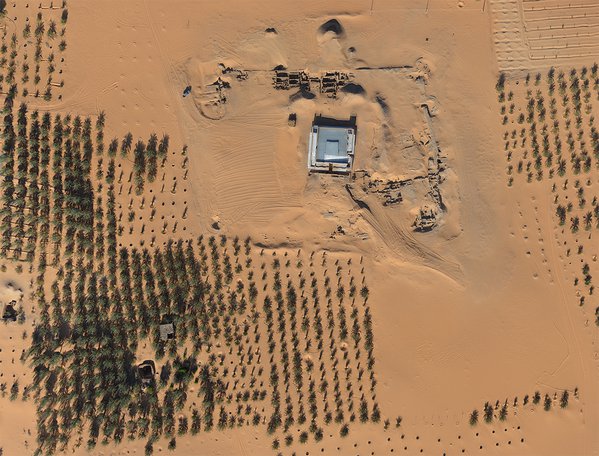 One of the most sensational feats by Polish archaeologists in North Africa was the discovery, in the 1960s, of a huge Coptic cathedral and other priceless buildings dating from the 7th – 12th centuries in the city of Faras, now submerged by a lake created by the Aswan High Dam across the River Nile in Sudan. Supervised by Professor Michałowski, Polish excavations revealed to the world a necropolis of bishops, a palace, and an imposing early Christian basilica with wall paintings from the 8th – 12th centuries. In recognition of the work done by Polish archaeologists, the government of Sudan handed over several dozen priceless paintings discovered at the site to the National Museum in Warsaw.

Faras was one of the main cities of Nubia, Egypt’s neighbour, which the pharaohs used as their cultural, economic and demographic base. The world only rushed to save the historic sites of Nubia after Sudan announced its plan to build the Aswan Dam there. The UNESCO-sponsored campaign included Polish archaeologists, who not only rescued the treasures of Faras, but also helped move the famous Abu Simbel temples of Ramesses II. Their erstwhile site is now submerged by Lake Nasser, an artificial water reservoir.

Another rescue campaign of Nubia’s monuments ended several years ago. It was prompted by the construction of a dam across the Nile, near the fourth cataract. The project was joined by a team of Dr Bogdan Żurawski, head of the Department of African Cultures at the Institute of Mediterranean and Oriental Cultures of the Polish Academy of Sciences. Working under the banner of the Polish Centre of Mediterranean Archaeology of the University of Warsaw, the Polish archaeologists saved several hundred archaeological sites from the latter-day deluge. They did so by documenting a world that no longer exists, including by taking thousands of aerial photos. Their documentation covers scores of Nubian settlements, cemeteries, and fortresses, as well as thousands of priceless artefacts excavated in the areas which have disappeared forever in the Nile waters. As a reward for their contribution to protecting the treasures of Nubia, the Sudanese government gave the Polish side 60 boxes, or nearly 1.5 tonnes, of historic objects, which were taken to the National Museum in Warsaw and the Poznan Archaeological Museum, among others. 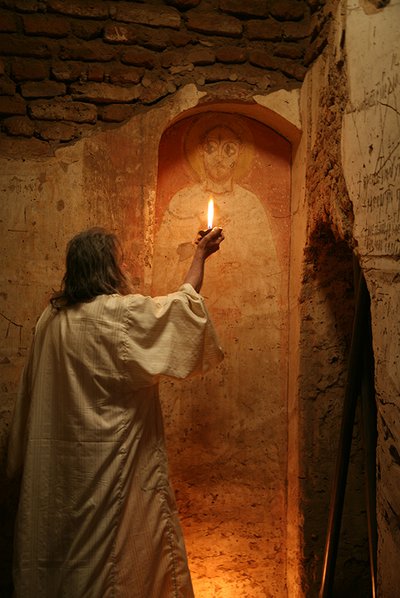 “This is quite unprecedented in our times, as historic objects are no longer taken away, and archaeological services of many countries are even reluctant to let samples be sent abroad for analysis,” Dr Bogdan Żurawski tells Polska.pl.

Polish rescue operation in Nubia is still in progress. Since 2001, Dr Żurawski’s team has been examining, conserving and reconstructing the so-called Raphaelion, or the Church of Archangel Raphael in Banganarti, Sudan. Dating from the late 11th century, this exceptional building was an important pilgrimage centre in Nubia until the end of the 15th century. Its walls are covered with 60 paintings.

The archaeologists led by Dr Żurawski made equally interesting discoveries in Selib, a site located several kilometres from Banganarti, where five churches – one built on top of another – were found. The patron of all these temples was St Menas.

“As we were digging in a chapel next to the earliest church, we stumbled upon a clay tabernacle dating from the 6th-7th centuries, or rather we assembled it from dozens of pieces scattered around,” says Dr Żurawski. “This is the world’s oldest artefact of this kind.”

Among the most valuable finds unearthed in the Church of St Menas in Selib is the gigantic – perhaps the world’s biggest – paten, measuring nearly a metre in diameter and weighing close on 40 kg. Back in the 11th century, it was used for communion in both kinds through intinction, i.e. dipping the Eucharist bread into wine.

Dr Żurawski’s team are working over a large area situated on the right bank of the Nile River, between the third and fourth cataracts. In 2013, while working with scientists from the Polish Academy of Sciences’ Institute of Archaeology and Ethnology near the town of Sonijat, they uncovered the biggest known royal castle dating from the times of the biblical kingdom of Kush. In the same area they identified a stone temple and a Kushite town. The discoveries are over 2,500 years old.