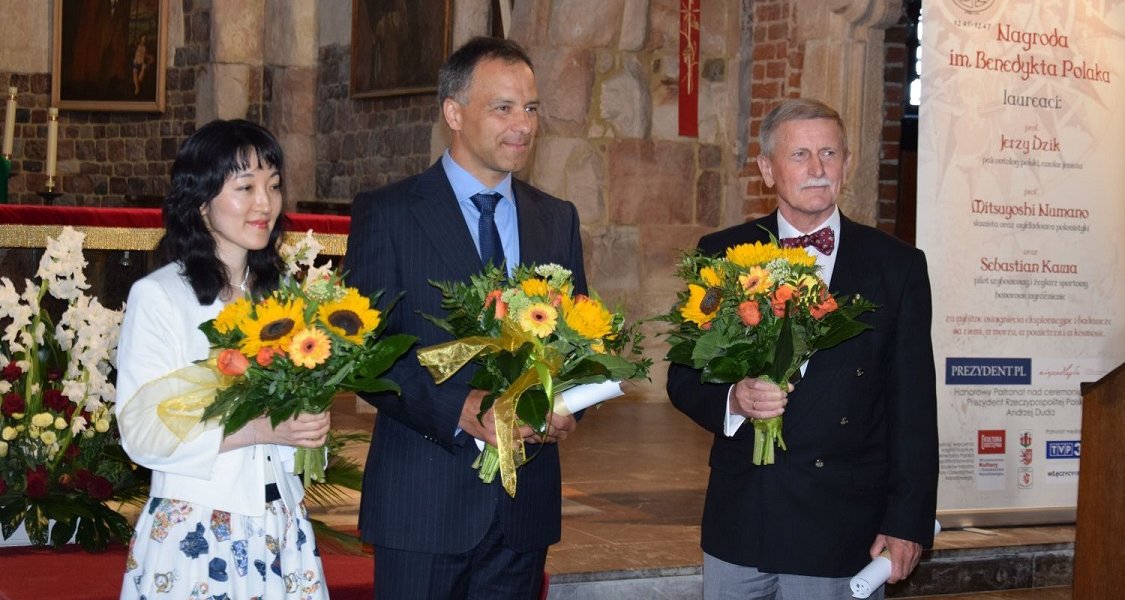 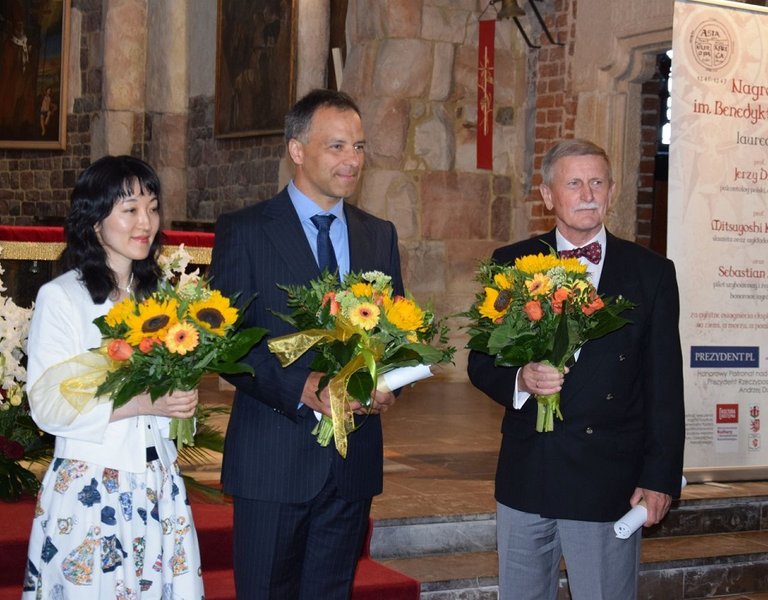 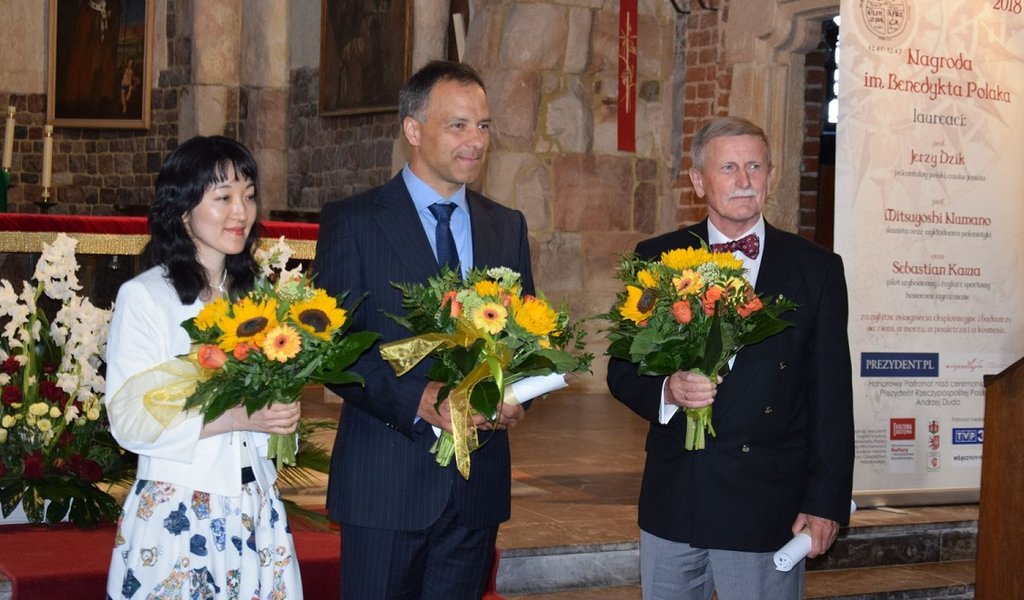 The palaeontologist Prof. Jerzy Dzik, the discoverer of the oldest pre-dinosaurs in the world and Prof. Mitsuyoshi Numano, a slavic studies expert and translator of Polish literature into Japanese, were awarded with this year’s Benedict of Poland Prize. A special distinction was also given to Sebastian Kawa, a glider pilot and sports sailor, who is a multiple world champion and world record holder in glider competitions.

The Benedict of Poland award ceremony took place on Friday, 8 June 2018 at the Collegiate Church in Tum near Łęczyca under the patronage of the President of the Republic of Poland Andrzej Duda. The award was presented for the fourth time. It is bestowed to a Pole and a foreigner for outstanding exploratory and research achievements on earth, in the sea, in the air and in space.

"I really value this initiative very highly because of the great culture-creating value that it entails,” said Prof. Glinski, the Deputy Prime Minister and Minister of Culture and National Heritage. 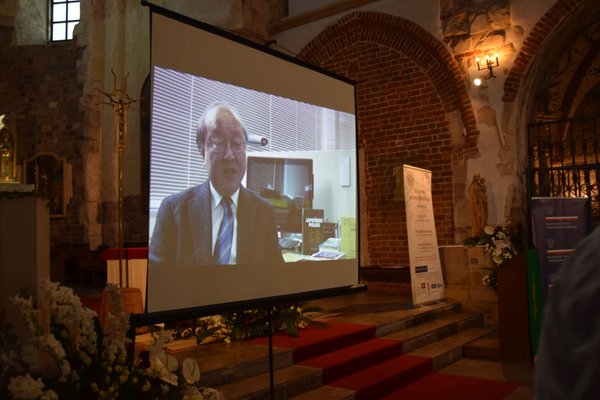 This year, the foreign winner of the Benedict of Poland Prize was Prof. Mitsuyoshi Numano, a Slavist and lecturer in Polish Philology at the University of Tokyo and translator into Japanese of many works of Polish literature, including the authors Henryk Sienkiewicz, Wisława Szymborska, Czesław Miłosz and Stanisław Lem. Professor Numano actively promotes Polish culture in Japan, cooperating with the Polish Institute in Tokyo. Receiving the award on behalf of Prof. Numano was Dr. Senri Sonoyama from the Department of Japanese Studies and Sinology at the Jagiellonian University.

The second laureate of the award was Prof. Jerzy Dzik, a palaeontologist and professor and director of the Paleobiology Institute of the Polish Academy of Sciences. He is also a member of the faculty at the University of Warsaw, the leader of a team that discovered and excavated an area in Krasiejów containing the fossils of great amphibians and Triassic reptiles, including the oldest pre-dinosaurs in the world. The excavation work in Lisowice led by Prof. Dzik lasted eight years (2006 - 2013) and resulted in the discovery of the bones of the first Polish predatory dinosaur called the Dragon from Lisowice and the world's largest mammal-shaped reptile - the dicynodon.

A special distinction was awarded to Sebastian Kawa, a glider pilot and sports sailor, a multiple world champion and world record holder in glider competitions. He is the most titled glider in the world and the initiator of the world's first glider flights over the Himalayas and the Caucasus mountains.

The patron of the award is the Franciscan monk Benedict of Poland, who in the years 1245 - 1247, together with the Italian monk Giovanni da Pian del Carpine, held a legation on behalf of Pope Innocent IV to the Mongolian khan. The fruit of this extremely dangerous trip was the first comprehensive description of the Mongol empire in Europe, which was about half a century ahead of Marco Polo’s famous "Description of the World". The expedition set off from Łęczyca. There Prince Konrad Mazowiecki, who at that time ruled Łęczyca, provided the travellers with useful maps, gifts for the Mongol ruler, as well as valuable information about the customs prevailing in the territory of Rus conquered by the Mongols.

The Benedict of Poland Prize was established by the Polish branch of "The Explorers Club", the Warsaw Scientific Society, the Municipality of Łęczyca and the District Authortity Office of Łęczyca. The prize pool is funded by the Ministry of Culture and National Heritage.