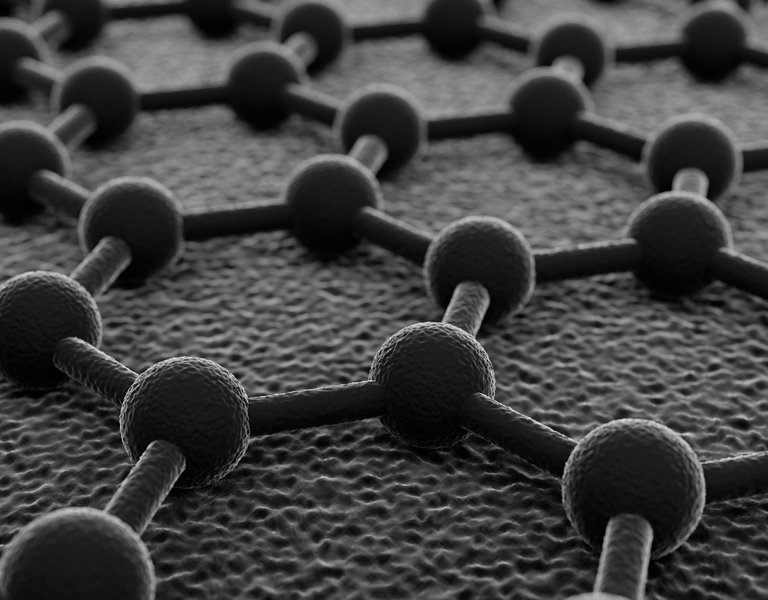 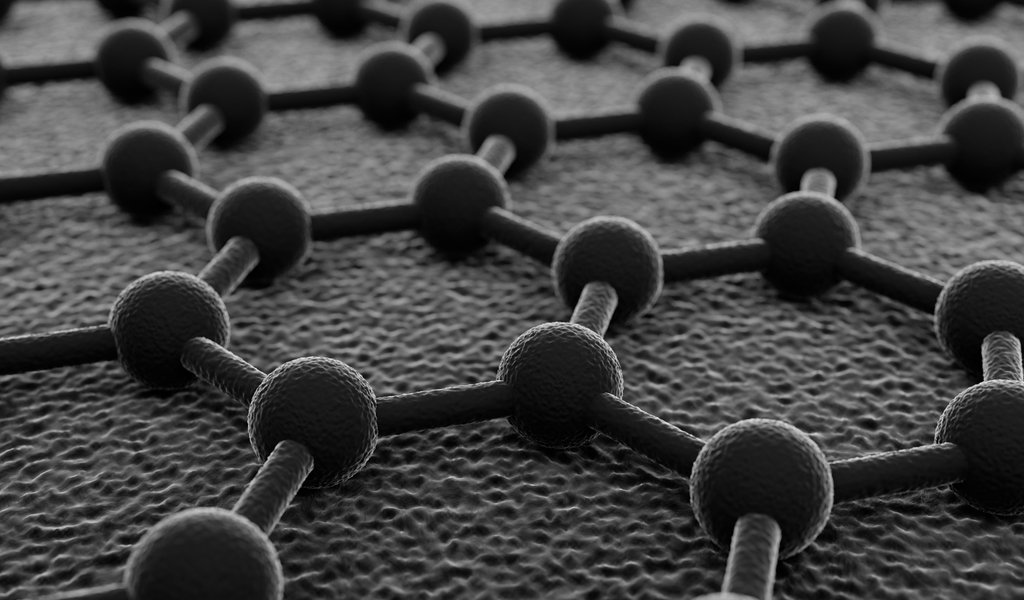 Graphene sheets 50 x 50 cm in size and produced by Warsaw’s Institute of Electronic Materials Technology (ITME) have entered the market. In the future, graphene could revolutionize the biomedicine, automotive and defence sectors, amongst others.

Large pieces of graphene from the ITME have been made available for purchase by the company Nano Carbon.

"The technology for obtaining graphene, which ITME used for the production, requires a substrate on which graphene can grow. The ITME team does this on a copper foil, which can be used to transfer graphene onto a different material. This is not a simple method of synthesis because it requires a special high-temperature reactor and complicated technology,” says Jacek Augustyn, the CEO of Nano Carbon.

“Thanks to the achievements of our scientists in international research projects, we are able to produce large sheets of graphene measuring 50 x 50 cm. And within previously established cooperation, the company Nano Carbon sells sheets of graphene with dimensions of 30 x 30 cm also produced in ITME,” says Dr. Wlodzimierz Strupiński, head of the Epitaxy and Characterization Unit at ITME.

With its smooth and even surface, graphene produced in ITME will be able to be used in biomedicine. Research in this area is being carried out by a team of scientists from Wrocław, led by Dr. Dariusz Bialy from the city’s Medical University and Prof. Wieslaw Stręk of the Institute of Low Temperatures and Structural Research in Wroclaw. Their focus is on the use of graphene coating on vascular stents, which resemble springs scaffolding steel or cobalt chrome, placed inside a blood vessel during angioplasty (the widening of blood vessels narrowed or closed due to illness). The addition of graphene can allow medical devices such as stents, artificial heart valves, catheters and stimulating electrodes to be better tolerated by the human body.

“At the ITME, we produce unique, world-class quality epitaxial and flaky graphene. Flaky graphene from our institute is used in research on the treatment of brain cancer - glioblastoma, conducted by a team led by Prof. Eva-Chwalibog Sawosz of the SGGW as well as in stem cell research conducted jointly with the Jagiellonian Institute. We also manufacture, as part of research projects, rubber and composites based on copper with the addition of graphene flakes and paper graphene. Currently, we made an offer for the production of graphene flakes in a competition organized by Zaklady Azotowe Tarnów and we believe that our proposal is definitely competitive in relation to other bidders,” says Dr. Katarzyna Pietrzak, ITME’s Deputy Director for research.

ITME is also working on other practical applications of graphene, including important forms used for the defence of the state. "Within the framework of the OPTIGRAF programme functioning models of optical windows with transparent heating layers were developed. Windows were designed that implemented established heating resistance functions at high light transmission in visible and infrared light. Also developed were designs of windows with a layer of graphene pasted between layers of glass, as a result of which the windows are resistant to environmental conditions and maintenance operations. This type of solution can be applied to military, automotive and opto-electronic devices,” Dr. Grzegorz Gawlik of ITME’s Department of Microstructural Studies told PAP. In addition to Nano Carbon, Polski Holding Obronny is also a partner of the project. In 2015, a two-year GRAPHICA project was initiated within the framework of the EU-funded M-ERA.NET consortium.

In addition to ITME and Nano Carbon, entities from Germany also take part in the work – such as the Institute of Electronics IHP in Frankfurt (Oder) and Aixtron company in Aachen. The aim of the project is to develop the use of graphene in silicon technology. A single-layer carbon is to help overcome the physical limitations of the miniaturization of the size of transistors on a chip.

"We are already seeing the first positive results, but there is still a long way to go before we can use them industrially. However, due to their extensive economic use (market value of silicon electronics is valued at hundreds of billions of dollars), on-going work has sparked great interest. Also, under the EU Graphene Flagship programme, where ITME is also the executor, similar studies are being carried out, although according to a somewhat different concept,” said Wlodzimierz Strupinski, head of the Epitaxy and Characterization Unit at ITME.

The GRAPHICA project is only to a certain extent important for the Polish economy. "Due to the lack of electronic production in the country, the role of ITME and Polish enterprises such as Nano Carbon is in part related to graphene technology - the development of know-how and production for electronic giants in the world,” Strupiński says.

Together with the Faculty of Mechatronics at the Warsaw University of Technology, the Institute has within the framework of the GRAFINKS project developed a paste based on grapheme that allows for it to be used to secure documents.

The industrial partner used to implement the process until 31 December 2015 was the Polish Security Printing Works. "My team continues to work in this area as part of our independent work as well as theses at the Technical University of Warsaw,” says Prof. Małgorzata Jakubowska of the ITME’s Division of Thick Materials.

“Conductive pastes that have been developed are used in further research work, primarily for biological and medical sensors used on the Internet of things. But also for the production of transparent heaters, flexible resistors to microchips, conductive paths in printed electronics components, etc,” adds Jakubowska.

In the GRAMCOM project led by Dr. Katarzyna Pietrzak’s team, a composite material matrix of silver or copper with the addition of Nanoform coal has been developed and produced. The silver based composites exhibit superior resistance to the erosive effect of the electric arc and erosion than pure silver, which allows their application as low-voltage contacts of electrical connectors. A positive feature of the new materials based on silver is also that it does not contain carcinogenic or allergenic additives. The second group of developed materials are composites based on copper, characterized by high thermal conductivity and a thermal expansion coefficient matched to the semiconductor material, for lasers and other electronic systems.

As part of the programme established by the National Centre for Research and Development aimed at supporting research into the use of Graf-Tech graphene, scientists at the Wroclaw University of Technology worked together with scientists from ITME in, among other things, developing ultrafast fiber lasers. In this project, ITME experts were responsible for graphene technologies (UltraGraf) and magnetic field sensors (GRAFMAG).

In November 2016, NCBiR also co-financed a first initiative worth 3.5 million zl for the use of grapheme in Polish industry. Graphene flakes produced by the Institute of Textile Engineering and Polymer Materials at the Technical-Humanistic Academy in Bielsko-Biala are set to be used for the production of polystyrene with increased insulation by Sempre Farby, a Bielsko-based company. The company said that further research will help create a product superior to that offered by the competition, with regards to temperature and humidity parameters.

ITME and Nano Carbon have been included in the Graphene in Poland initiative, established on June 15, 2016 by Polish environmental research circles in collaboration with industry sector aimed at the commercial exploitation of Polish scientific achievements. Also included is the Technical University of Lodz, the Warsaw University of Technology, the Departments of Physics at the University of Warsaw and Lodz as well as companies such as Advanced Graphene Products (AGP) and SECO / WARWICK.

AGP from Nowy Kisielin is engaged in the commercialization of the world's first large-size High Strength Metallurgical Graphene (HSMG) of high quality, whose parameters are close to the theoretical ones. It was made by scientists at the Technical University of Lodz using the metallurgical method.

According to Prof. Piotr Kula, the head of the Department of Surface Engineering and Heat Treatment at the Institute of Materials Science within the Technical University of Lodz, when the first real solution for the use of graphene emerges, it will have to be produced on an industrial scale.

"An area that we continue to pursue is the scaling of the production of graphene for large-scale production, so that in a short time, at a reasonable cost, we will be able to produce - as I say - square kilometres of high quality graphene. And this efforts are moving forward, step by step.” he said.

The team led by Prof. Kula is working on using graphene in composite materials to filter water that can be used, among other things, in the desalination of seawater. Also announced is further research into the use of graphene in mechanical construction elements of bicycles, especially those used in sport. The graphene composites used for this purpose would be more durable than conventional ones.

Also working with the Technical University of Lodz is SECO / WARWICK of Swiebodzin, which operates in the thermal treatment sector. Appointed by the two entities, the consortium has as part of the GRAPH ROLL project developed a prototype technology line for the production of graphene-based polycrystalline grapheme material, which provides the ability to safely store large amounts of hydrogen. The production of tanks based on this technology could lead to a revolution in the automotive, aviation and aerospace sectors. Until now, scientists failed to build such tanks, because they used materials that were too heavy for use in the studies.

SECO / WARWICK also constructed the Graphmaster device, used for the production of large-surface graphene, which is used by both Nano Carbon and AGP.

In 2016, funding for the GRAF-TECH project came to an end. NCBiR spent 60 million zl to this end. "It’s good that the GRAF-TECH money was there at the beginning. But they will be wasted if we don’t continue to do anything with them.

It is difficult to assume that if we started something new on quite unrecognized territory that several years later we will build factories without additional funding,” says Dr. Strupiński.