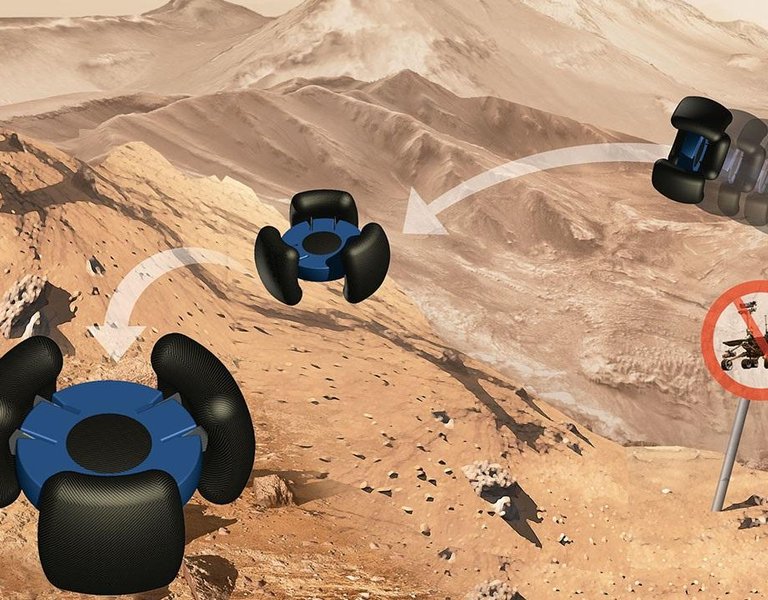 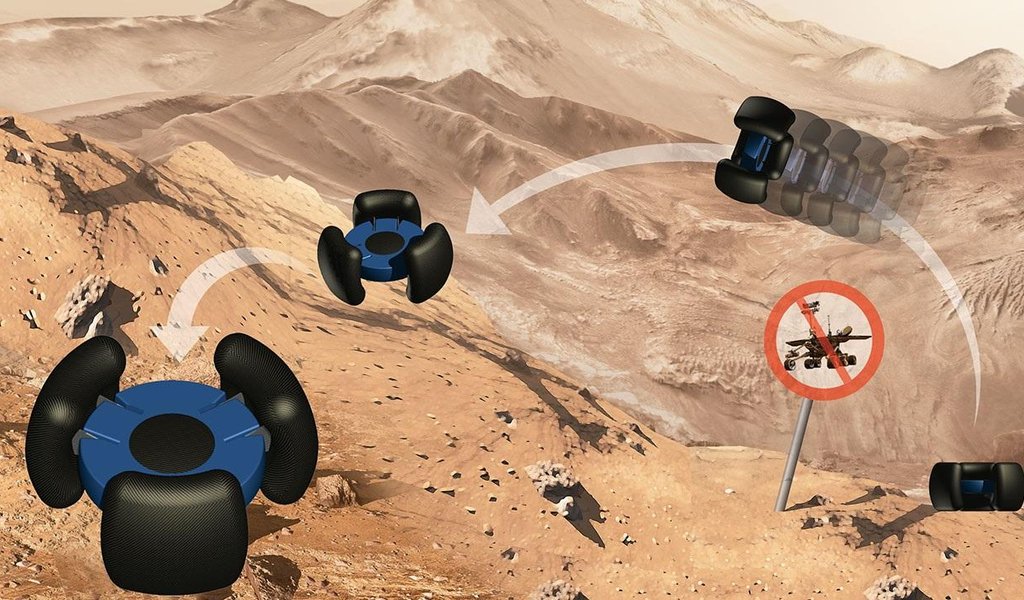 It will reach places which simple landers can't reach: remote rocky terrains of Mars or moons in the solar system.

The Highland Terrain Hopper (or Hopter) is an amazing device. It is only 70 cm in diameter, weighs 10 kg and can hop up to 4 meters. It will reach this height on Mars, in the Earth's gravity it will be less than 1.5 meters, on the Moon – about 9 meters, and even more on the moon of Mars Phobos or other smaller entities. This way it will reach rubble of stone inaccessible to other rovers, penetrate mountainous areas where it will easily hop even on a vertical obstacle.

An article on the abilities of the cosmic hopper appeared in an issue of the Acta Astronautica journal. This subject was also raised by the online edition of Science magazine.

“While scientists don't expect to find anything surprising on the plains of Mars any more, its mountains still hide loads of information on the geology and evolution of this planet,” Poland.pl was told by Jerzy Grygorczuk, PhD Eng., from the Space Mechatronics and Robotics Laboratory of the Space Research Centre at the Polish Academy of Sciences, who is affiliated with the company Astronika, the initiator of the Hopter and coordinator of the team building it. Both entities are developing this project together in cooperation with the Institute of Geological Sciences at the Polish Academy of Sciences in Wroclaw.

The scientist points out that standard mobile rovers don't work on celestial bodies where the gravity, and thus traction, is far weaker than on Earth. It isn't sufficient for effective mobility. In such a situation hopping may prove to be a better solution.

“Before the Philae lander settled on a comet, it rebounded a few times off the ground. This wasn't intentional, as it was supposed to just stand on its three legs and perform measurements in this position,” says Grygorczuk. “This event, however, clearly showed that jumps are a natural way to move in such a difficult environment like the surface of a comet or an asteroid.”

The Hopter robot has been designed in such a way so that each of its three “legs” operating independently could perform one of three types of movement: leap, turn or bend. If only one of the legs is touching the ground, the hopper can be set as we wish. Due to the armoured solid design of its exterior the measurement devices placed inside are safe. This light ingenious hopper may accompany a robot or an astronaut in the field. It can cover a distance of about 5 km on one battery.

Engineers from the Space Mechatronics and Robotics Laboratory and the Astronika were one of the first in the world to focus on developing the concept of planetary hoppers to complement the functionality of rovers. They are in the process of convincing the European Space Agency (ESA) to use these devices in future space missions.

“Each means of transport has its own specialization – tasks of rovers and hoppers can successfully complement each other,” says Grygorczuk. “Polish engineers and students have already earned themselves a reputation in many competitions as great designers of traditional Martian rovers. Now, we can successfully become specialists in a new means of transport – planetary hoppers.”