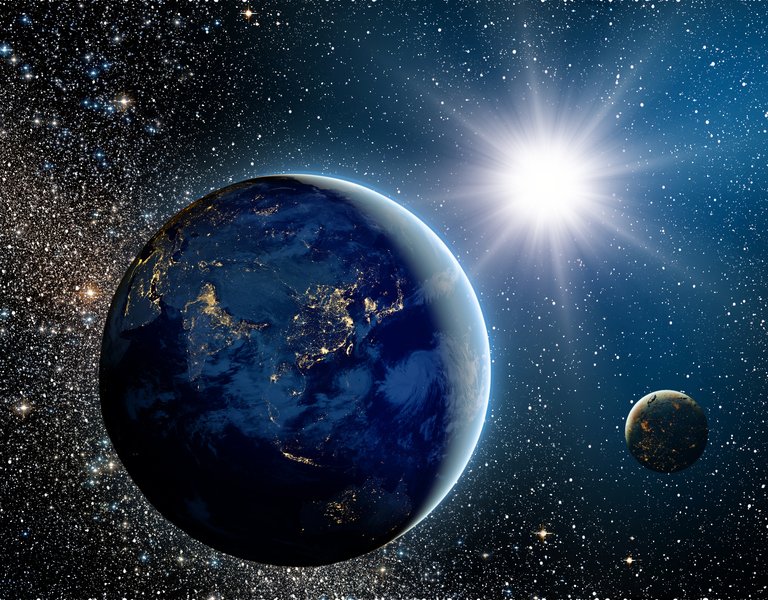 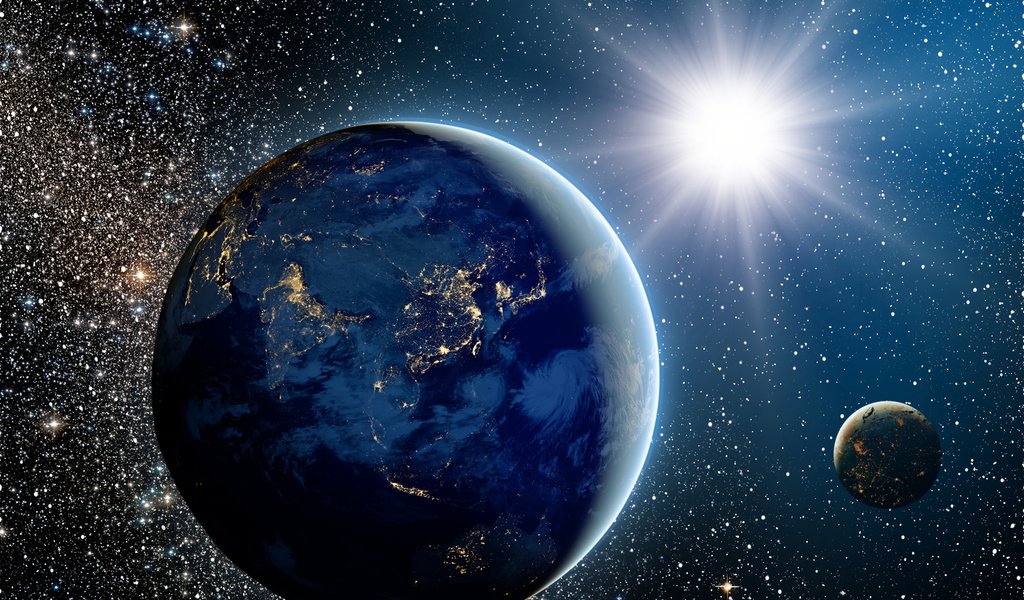 Polish astronomers have pinpointed several dozen planets outside the Solar System and keep discovering plenty of supernovae. Interestingly, new celestial bodies are being discovered nowadays not only by scientists but also by Polish netizens in the comfort of their own homes.

A lot has changed in the field of astronomy since 1991, when Aleksander Wolszczan, the famous Polish astronomer, discovered the first extrasolar planets. New planets orbiting in other planetary systems in our galaxy are currently being discovered virtually every week, which is largely due to the team led by Prof. Andrzej Udalski of the Astronomical Observatory of the University of Warsaw. The team has developed unparalleled methods of localizing planets outside the Solar System. These techniques are jointly referred to as The Optical Gravitational Lensing Experiment (OGLE), which is being carried out with the use of a Polish telescope at Las Campanas Observatory in Chile. 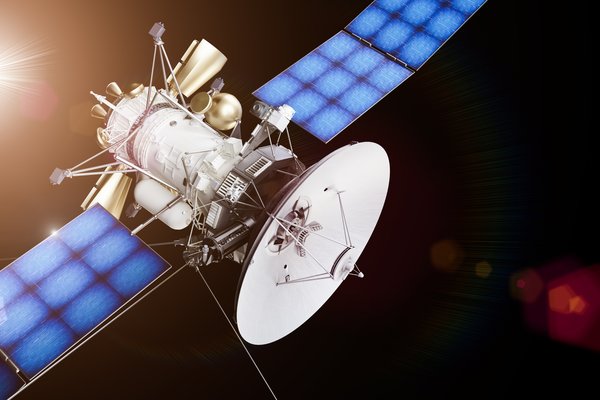 The first method used within the framework of the OGLE project is based on the observation of micro eclipses that occur during the transit, i.e. the passage of a planet across the face of a star. The second one is called gravitational microlensing and involves searching for specific interferences of the light emitted by a star covered by a planet accompanying it or by another star. Over 3,000 planets have already been discovered with the use of the transit method, which is largely a result of the Kepler Space Telescope being used to search the orbit for planets resembling Earth.) Polish discoverers specialize in the other method, i.e. gravitational microlensing – by using it, astronomers from the University of Warsaw have so far discovered more than 50 globes from distant planetary systems.

“What we were most pleased about were, of course, our first discoveries of extrasolar planets, made in 2001,” said Prof. Andrzej Udalski to Polska.pl. “Since then, owing to the Kepler satellite, such discoveries have become so common that it is getting really hard to surprise us. Nonetheless, we still come across some rarities, such as a planet resembling Earth, orbiting around one of the stars in a binary system [ed. a system having “two Suns”], which we discovered in 2013. Another huge success was the discovery of a planet resembling Uranus, which is as many as 25 thousand light-years away from Earth. This is the farthest planet discovered so far.”

Yet another method to search for planets is used by the team led by Prof. Andrzej Niedzielski of the Nicolaus Copernicus University in Toruń. Polish astronomers are involved in the High Accuracy Radial Velocity Planet Searcher (HARPS) project in which globes from faraway planetary systems are being localized with the use of a spectroscope. Several hundred planets have so far been discovered in this way – fourteen stars along with planets accompanying them have been localized by the Polish team.

Three Internet users from Poland taking part in the Planet Hunters citizen science project, designed to enable the detection of extraterrestrial globes in images taken by the Kepler telescope, should also be acknowledged as discoverers of planets. Such discoveries are made at home, using one’s own computer. 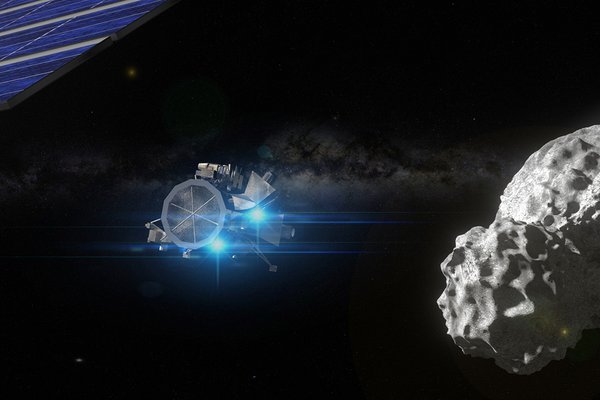 “I was completely taken by surprise: I opened my mailbox at work and saw a message from which it followed that I had discovered an extrasolar planet. I could not believe it at first,” says Rafał Herszkowicz who, despite not being an astronomer, used images to detect a planet referred to as PH2b, which is more than 1,200 light-years away from Earth.  “I think I was incredibly lucky.”

The same applies to four amateur astronomers – Marcin Gędek, Michał Kusiak, Rafał Reszelewski and Michał Żołnowski who discovered a comet in March 2015. In order to do this, the discoverers used a small, remotely controlled observatory located in the Atacama Desert in Chile. They named the comet C/2015 F2 Polonia. This is the fourth comet discovered by Poles since the Second World War and the first one found by amateurs in over 90 years.

One of the major Polish achievements in the area of astronomy is the development of a system for the detection of supernovae, deployed in the Gaia (Global Astrometric Interferometer for Astrophysics) spacecraft. The system was developed by Dr. hab. Łukasz Wyrzykowski, a Polish scientist of the Astronomical Observatory of the University of Warsaw, who is also responsible for monitoring this kind of phenomena by Gaia.

“Although the system has been in operation for only a year, by using it, we have already managed to discover around 200 supernovae and transitional events [ed. phenomena which occur for a short time]. ,” Dr. hab. Łukasz Wyrzykowski said to Polska.pl. “The Gaia mission will continue until 2019, so we can expect a great deal of new discoveries.”

The International Astronomical Union (IAU) has named 31 planets and 14 stars outside the Solar System. This followed a vote in the NameExoWorlds contest, where representatives of 45 countries submitted 274 name proposals, attracting over half a million votes.

One of the bodies to receive a name was the 55 Cancri star, named Copernicus in honour of the Polish astronomer, Nicolaus Copernicus, author of the heliocentric theory. The planets on its orbit were christened Galileo, Brahe, Lippershey, Janssen, and Harriot.

Another star that is no longer nameless is the PSR1257+12 pulsar from the Virgo constellation, along with the planets on its orbit. They were discovered in 1992 as the first planets outside the Solar System. This ground-breaking discovery was made by Professor Aleksander Wolszczan, a Polish astronomer who currently works at Pennsylvania State University. The bodies in the system of the pulsar, which itself came into being after the core of a star collapsed, were given somewhat eerie names. The pulsar was named Lich (an undead creature with magical powers, found in fantasy games), while its planets are now called Draugr (an undead creature from Norse mythology which guards a treasure in its own grave), Poltergeist (a ghost that manifests its presence by making noise and moving objects), and Phobetor (a Greek god of nightmares).

The International Astronomical Union is an organisation that brings together 10,000 astronomers, mostly scientists, but also passionate amateurs of stargazing. It is the only organisation authorised to give names to celestial bodies and formations discovered on their surface, such as craters and plateaus.