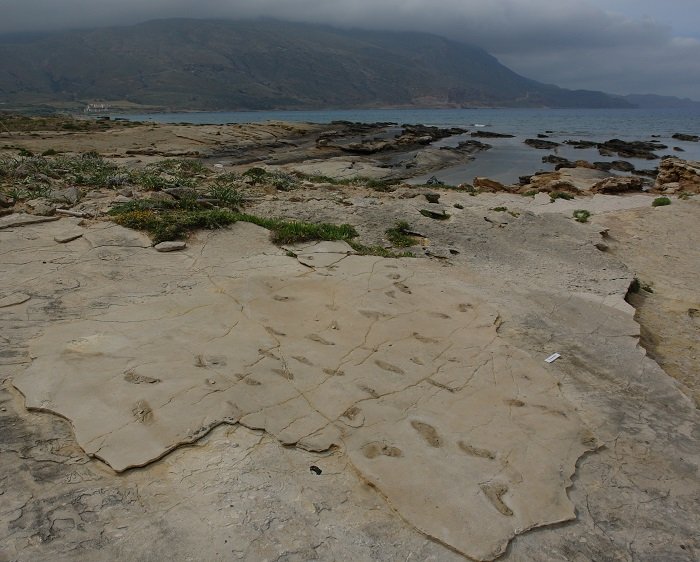 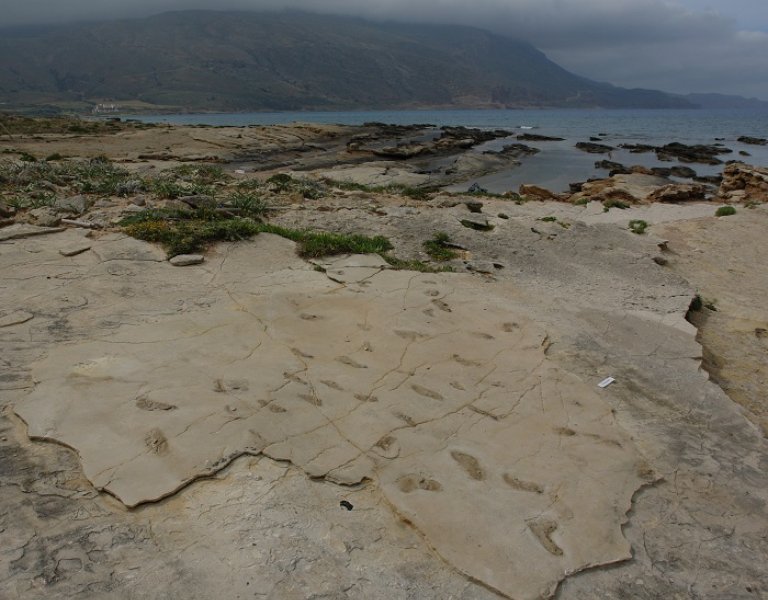 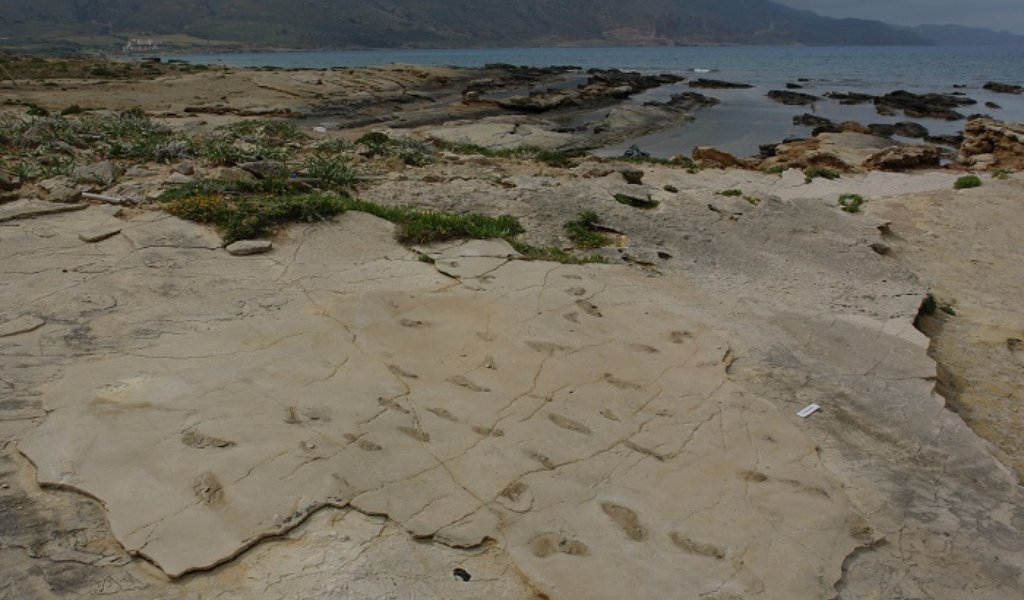 The oldest known footprints of human relatives or ancestors have been preserved in Trachilos, Crete, and are nearly 6 million years old. The discovery was made by Polish palaeontologist, Dr. Gerard Gierliński. 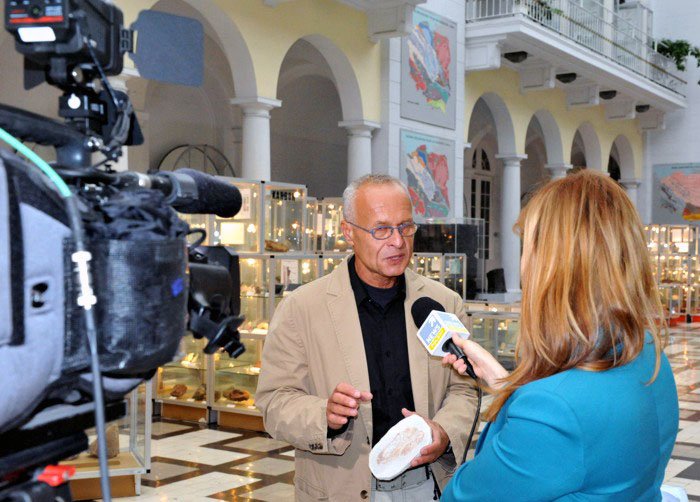 The story of human evolution begun already 5.5 million years ago, and, interestingly, it was not in East Africa, but the Greek island of Crete" - said Dr. Gerard Gierliński from the Polish Geological Institute. The earliest previously known footprints of ancient human relatives have been identified in Africa (Laetoli, Tanzania). Scientists determined that they had been left about 3.6 million ago by the Australopithecus species. In the light of the latest research by Polish palaeontologists, it can not be ruled out that the first hominins appeared in Europe.

Dr. Gierliński discovered the oldest known footprints of human relatives in 2002, while on vacation in Crete. Wide-ranging international research was launched in 2010 and continued for 6 years. The age of the sediments from Trachilos, in which footprints had been preserved, was estimated by Dr. Zofia Dubicka from the University of Wroclaw. Her research shows that they are about 5.7 million years old.

Asked at the press conference whether these were footprints of human ancestors, Gierliński replied: "I have the feeling that it's about bipedalism [...] because it was bipedalism that set the course of evolution that has brought mankind of today". He added that it was impossible to say with certainty whether these were our ancestors or rather relatives who were not in the human family tree (so-called evolutionary "dead end").

"The footprints, left one after the other, indicate that this creature was perfectly adapted to moving swiftly across the land in a two-footed position. From this point of view, we are dealing with our family, our relatives" - the researcher explained.

Co-author of the study, Dr Andrzej Boczarowski from the University of Silesia in Katowice, added that bipedalism was probably the answer of evolution to changes that were taking place at that time in the natural environment. Thanks to this, human became a species that penetrated practically the entire planet.

"We think that many groups of monkeys, independently of each other, could achieve bipedalism in their evolution. One of these lines leads to us, but all the others had expired. The one from Trachilos could be such an extinct line and not lead to us at all" - said Dr. Boczarowski.

Dr. Gierliński explained that it was possible to determine that the footprints belonged to ancient human relatives because of the location of the toes. Asked about the "shoe size", the scientist stated that it was "very small - ladies or children". The researchers found a total about 50 prints of several individuals.

"The front of the foot - where the toes are, is basically the same as the 2 million years younger younger footprints from Laetoli - of australopithecus, as Homo erectus from Kenya, as contemporary footprints of Homo sapiens" - he said. "In general, in the front we have a human foot" - he added.

The back of the foot, however, was different - the heel of the Cretan prints is not as elongated and rounded as that of later humans. It was also shorter, as the researcher pointed out. On this basis, he stated that it was an "evolutionarily very distant" being.

"What is very dangerous for us today is the fact that we actually opened a door. We opened the door to a new interpretation of the origin of ancient man. (...) We give new possibilities for the scenario" -emphasised Dr. Boczarowski.

He expressed the hope that the research will continue. "If that happens, we promise that Crete will surprise us many more times. It has only started calling: study us, because we have interesting things here!" - Dr. Boczarowski concluded.

The discovery is described in the latest issue of "Proceedings of the Geologists' Association". The authors of the article are Gerard Gierliński from the Polish Geological Institute, Grzegorz Niedźwiecki from Uppsala University (Sweden), Zofia Dubicka from the Universityof Warsaw, Andrzej Boczarowski from the University of Silesia and the Park of Science & Human Evolution in Krasiejów, as well as scientists from Greece, the US and the UK.