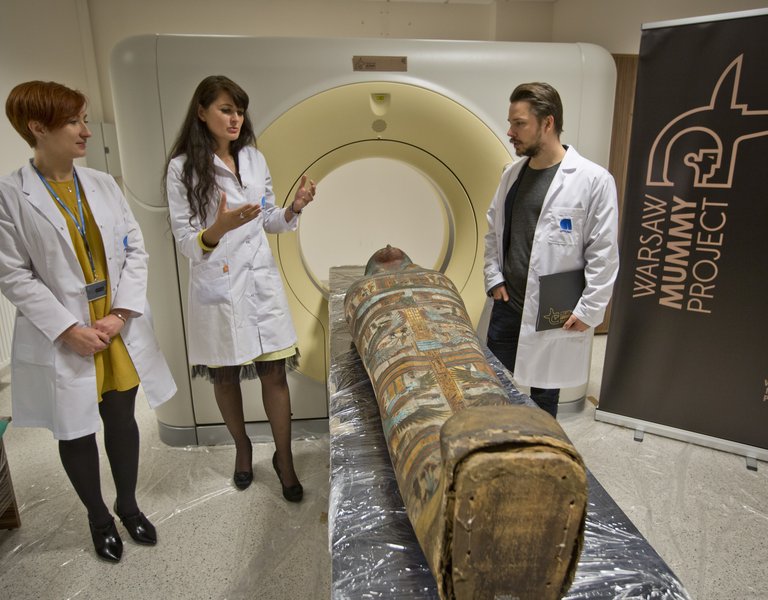 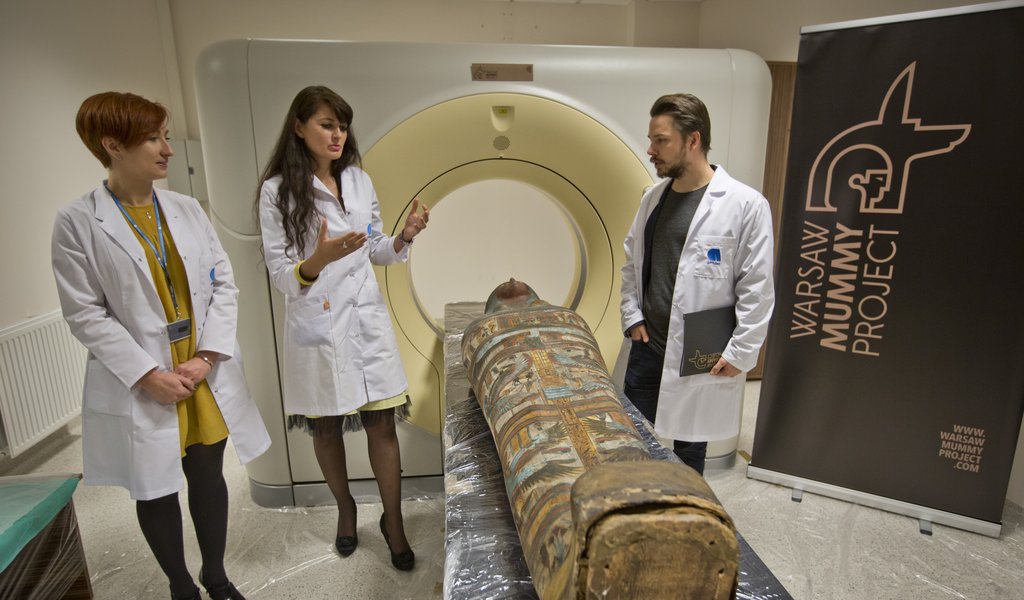 The Warsaw Mummy Project is the world’s largest interdisciplinary programme to study Egyptian mummies. Its scientists collaborate with the likes of the National Museum in Warsaw and the Louvre Museum in Paris, with the aim of tracking down cancers that have plagued mankind since antiquity.

Several dozen mummies were secured with acid-free paper, bubble wrap and Styrofoam in zipper bags to prevent the exhibits from getting damaged. The load was carefully put into boxes, which were sealed and carried on unmarked guarded vehicles, from the National Museum in Warsaw to the Affidea International Centre of Oncotherapy in Otwock. There, the mummies went through computer tomography (CT) and X-ray examinations. Upon the first examination, one of the mummies was found to be a woman, not a man, who until now was thought to be to be Hor-Djehuty, a priest. The mummy of priest Panepa was found to contain a small amulet, the scarab, which archaeologists had not been aware of before. In other cases, radiologists confirmed the findings from previous examinations. 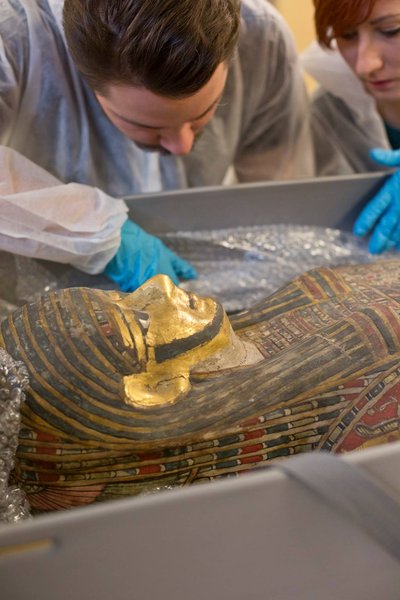 “The mummy of a child, the oldest among the items under our examination, is in fact a pseudo mummy, fabricated probably in the 18th century using the fragments of genuine mummies, bandages and animal bones,” says Marzena Ożarek-Szilke, a bioarchaeologist of the University of Warsaw and a coordinator of the Warsaw Mummy Project. “Such practices have happened since the ancient times. When the Egyptian art of mummification was thriving, fakes were frequently made in the form of animal pseudo mummies,” she adds.

Demand for such artefacts was enormous, explains the specialist, because these were the types of offerings that pilgrims made to the gods. That is why there were so many feline mummies and pseudo mummies around. In modern times, when the world fell for ancient Egyptian treasures, the trade in mummies prospered, and they were taken away from Egypt in large numbers. Today they are on display across Europe.

A total of 42 Egyptian mummies were X-rayed. Most of them come from the collections of the National Museum in Warsaw, 13 exhibits are on loan from the University of Warsaw, the State Ethnographic Museum in Warsaw, and the Louvre, which made the mummies of a crocodile, cat and ram available for testing. The latter proved particularly tricky to handle as its large dimensions rendered it unscannable using standard computer tomography apparatus. This is why a CT scanner owned by the Affidea centre in Otwock, the only one in Poland, had to be used.

The Warsaw Mummy Project is expected to take at least three years, which will be spent on the most complex interdisciplinary examinations of Egyptian mummies to date. CT scans and X-ray imagery will be followed by a macroscopic analysis of mummification methods and the preservation of tissues, and fingerprinting. In this latter field Polish scientists will receive support from a unit of the Italian Carabinieri which specialises in fingerprint analysis. 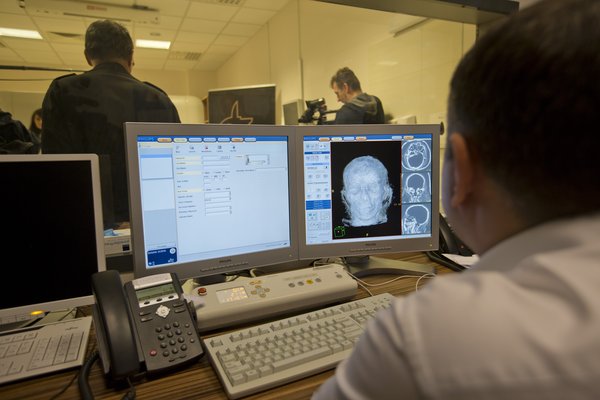 “It will help us understand the fingerprint patterns of peoples living in Egypt thousands of years ago,” says Ożarek-Szilke, adding that the Italians will also take toe prints, which will provide them with insights into possible posture defects of the mummified people.

The next stage will involve invasive techniques necessary to extract small amounts of tissue, including the use of laparoscopy. All these tests will give us answers to what ailed the ancient Egyptians: what kind of cancers, injuries, and metabolic, infectious, vascular and parasitic diseases. The scientists also want to develop new techniques and medical analysis so far not applied to examining mummies. It is hoped that this will shed more light on the illnesses that afflict us today.