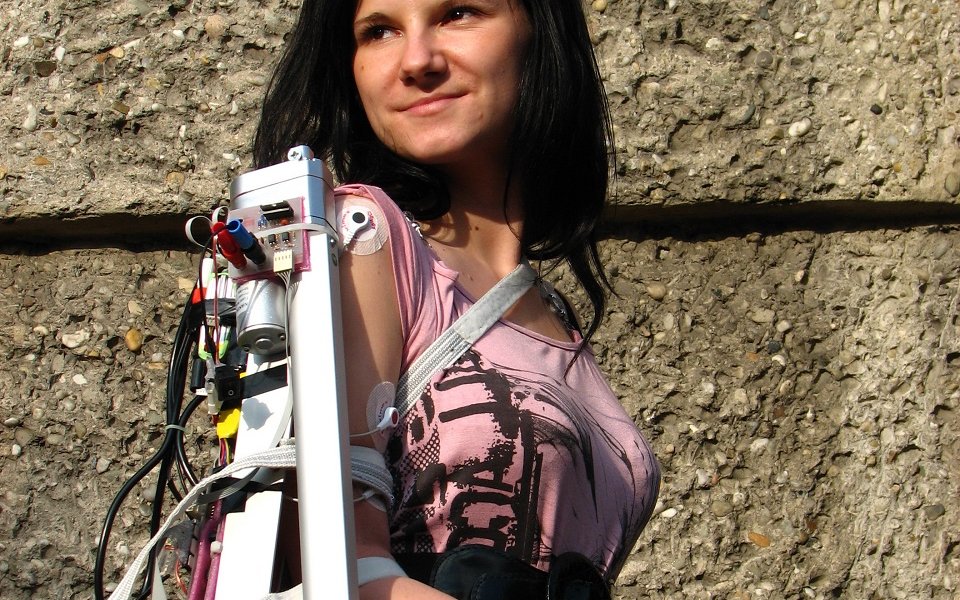 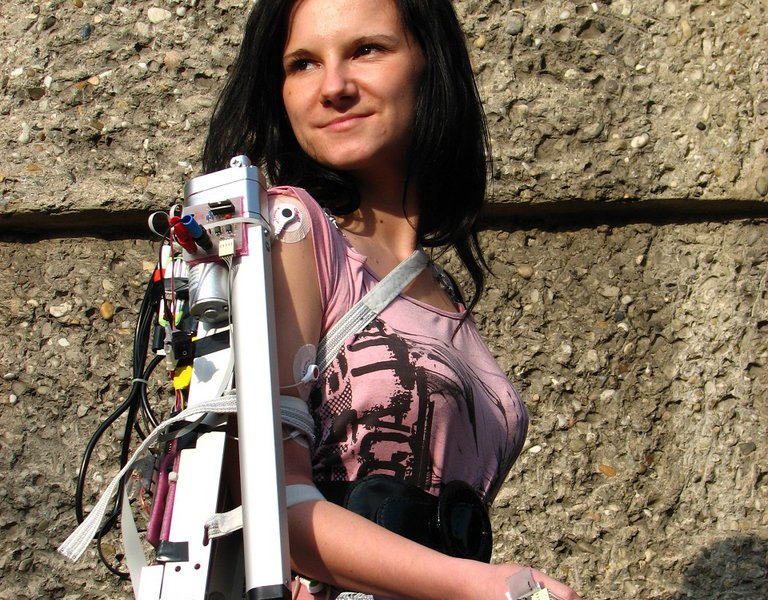 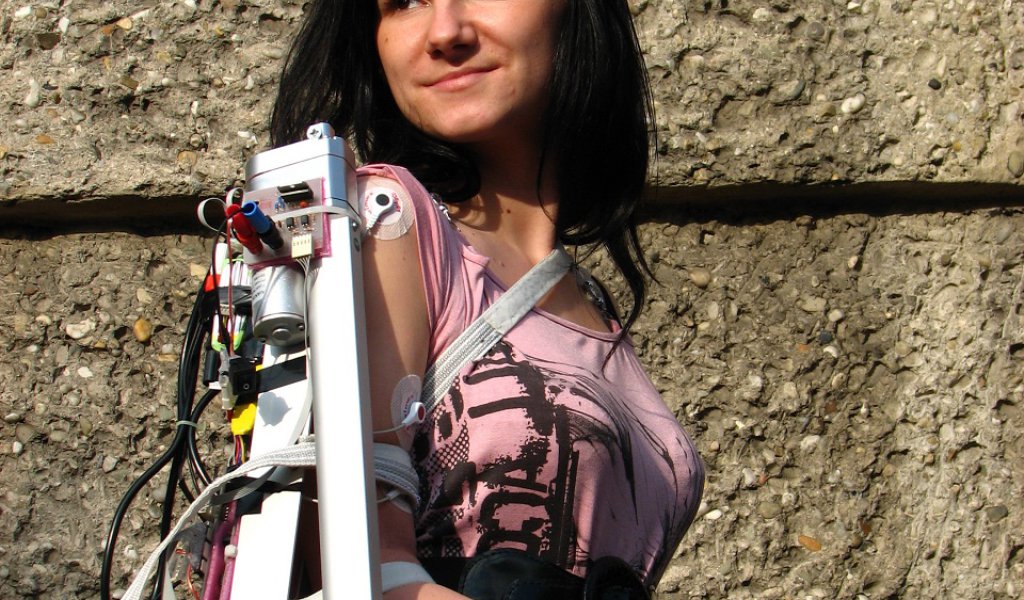 Depending on the ailment, it either facilitates movement or gradually increases difficulty, while reading signals from the muscles. A Polish engineer was showered with awards for this innovation.

“At the moment the robot's arm is used for rehabilitation of the upper limb,” explains Michał Mikulski, presenting the rehabilitation robot called Luna, produced by a team of computer scientists and engineers under his leadership. “You have to insert your hand right here, grabbing the handle at the end. Now let’s begin. First, light exercise...”

I obediently do swings with my arm immobilised in a robotic arm, and the inventor says that such swings are just an introduction to the real exercise. If I trained longer, the robot would gradually increase resistance.

“Everything depends on the type of ailment. We choose the settings for people with muscle flaccidity in such a way that they not only do not feel the load, but also the weight of their own limbs,” Mikulski adds. “In the case of some diseases it is the robot that moves the rehabilitated arm or leg, simultaneously saving data on the blocks occurring in the patient's movement. Analysis of these readings allows us to diagnose various diseases. We know, for example, that Parkinson’s Disease manifests itself with muscular tremor with a specific frequency, which distinguishes this disease from other conditions. We are able to detect it.”

Mikulski is a graduate of the Department of Control and Robotics at the Silesian University of Technology and the founder of EGZOtech. While still a student he designed an innovative exoskeleton used for individual rehabilitation of upper and lower limbs. This idea has evolved and creased the basis for a more versatile device – the Luna rehabilitation robot. For these innovations EGZOtech was showered with over a dozen international and national awards, and in 2014, after the presentation in the Silicon Valley, it was declared one of the best start-ups in the world. In June 2015, the company's founder was among 10 Polish inventors honoured with the prestigious “Innovators Under 35” award, bestowed by the MIT Technology Review.

“Luna is a combination of all technologies and exoskeletons developed by me in the past few years,” Mikulski says. “With the help of this robot you can rehabilitate both upper and lower limbs, each large joint: shoulder, elbow, knee, hip or ankle”.

The robot allows the simultaneous training of multiple joints and during the exercises it monitors, among others, the range of their movement and the force put into the move by the patient. It also has an electromyograph strapped to the muscles of the patient, reading the electrical signals coming from them. Mikulski boasts that Luna is the only robot in the world that has the so-called reactive electromyography, which allows the active rehabilitation of people with muscular dystrophy who do not have enough strength to lift their own limbs.

“An impulse runs from the patient's brain to the muscle, muscles flex, the robot senses this and moves the limb,” Mikulski says. “Watching the visible effects of such exercises, patients have a better approach to rehabilitation, and their bodies regenerate faster.”

One of the innovations introduced by the EGZOtech team is the use of specially developed games in the rehabilitation process. Instead of simply swinging their leg or waiving their arm for an hour, the patient collects points in the game using his or her movements. It seems that this allows people to mentally escape from sometimes painful training and achieve better results than during normal exercise. Drivers can regain their health with the help of a robotised steering wheel with a variable resistance.

“When such a variety is available, people do not focus on the pain or boredom, but on the results of the game. It really is a big change: it allows recovery to take place at a quicker pace,” says Mikulski.