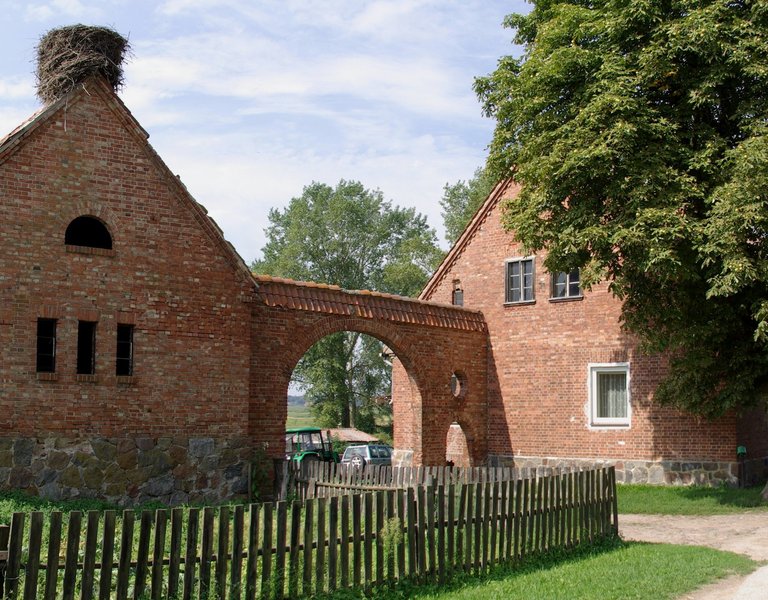 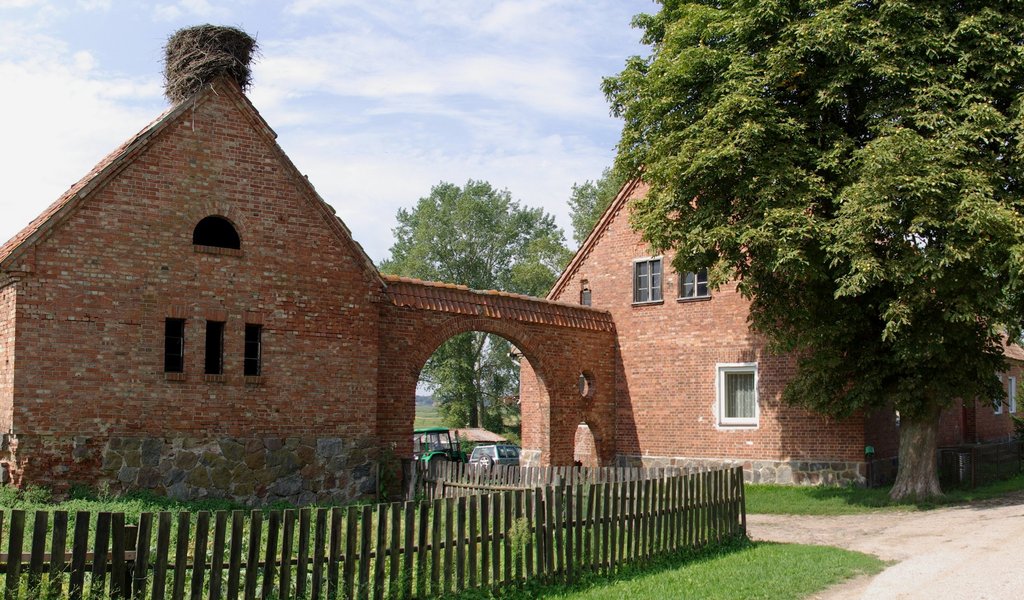 Scientists will prepare a virtual reconstruction of the village Zabrost Wielki (Gross Sobrost) from 1917, located in the Warmia-Mazury province. This is the first project in Poland, in which such a broad spectrum of laser documentation technologies will be used - project initiators say.

"We will integrate all kinds of methods of laser scanning: terrestrial and mobile, aerial, but also air photogrammetry and modelling of buildings on the basis of preserved photographs from one hundred years ago" - says Janusz Janowski from the Faculty of History, University of Warsaw. The goal of the scientists is to recreate the Prussian village Gross Sobrost, which after its destruction during World War I was rebuilt in 1916-1917 year based on the design of Prussian architect Carl Kujath. "The design was strongly linked to the nascent German political thought, while being a manifestation of modern functionality and aesthetics" - said Janowski.

Prof. Jan Salm from Lodz University of Technology explained that after the war rebuilding villages and cities of East Prussia was very intensive - it included mansions, farms and inns. However, the case of Zabrost was unique. "I do not know of any other example of rebuilding the entire village according to a single project" - explained Prof. Salm. In his opinion, this uniform architectural style of restoration is unique in the whole of East Prussia. It is unclear how the architect was able to get his concept approved. "Kujath came up with a conglomerate of different forms of German folk architecture, but certainly not the East Prussian architecture" - explained Prof. Salm. Among the solutions that attract attention are very characteristic gates. This type of structure couldn't be found in that region until then - said Prof. Salm. After World War II, Gross Sobrost was within Polish borders. Its name was changed to Zabrost Wielki.

One of the most important elements of the commencing project will be the use of mobile scanners, also called kinematic, to document contemporary buildings in the village. "Such equipment has not been used before in Poland for scientific purposes," - added Marta Bura, head of the Laboratory of 3D Scanners, Institute of Archaeology, University of Warsaw. These scanners have been provided to scientists by Leica Geosystems - they have been brought from Munich and Switzerland. Unlike traditional 3D scanners mounted on a tripod, kinematic scanners can be used in motion - mounted on a car or carried as a backpack.

Scientists can not afford to use similar equipment every day, because it is very expensive - kinematic scanners cost several million zlotys. This time, equipment manufacturer has lent the equipment. Similar mobile devices have been used to scan Venice from a boat. "This method is definitely faster because it does not require cumbersome moving and re-setting equipment" - added Bura. The expert added that these devices allow to perform very accurate measurements in the form of digital point clouds - measurements can therefore be used for scientific purposes, because they are credible. Where the ground laser beams do not reach (for example roofs), scientists will use the air scanning (ALS).

Into thus created digital point cloud, researchers will insert buildings that no longer exist, as well "rebuild" the missing elements of buildings that have been transformed. The result will be a virtual reconstruction of the Prussian Gross Sobrost 100 years ago.

The first results in the form of a virtual reconstruction of the village will be presented in June at the annual conference of the Centre for Digital Heritage in the Netherlands - the researchers say. At the same time, scientists plan to share the virtual reconstruction of the village on the website of the Digital Laboratory of Humanities of the University of Warsaw. "The reconstruction, resembling a street view on Google maps, will contain structures that no longer exist, and fragments of destroyed extensions" - assured Janowski. He added that obtained data could be used to create other products, for example for the purpose of popularisation and scientific analysis.

In 2000-2001, the association Borussia named Zabrost Wielki the most beautiful village in Mazury. Despite that, degradation of old buildings has continued for decades. Therefore, one of the most important objectives of the commencing project is organizing - in cooperation with local authorities - a series of shows and exhibitions for the local community.