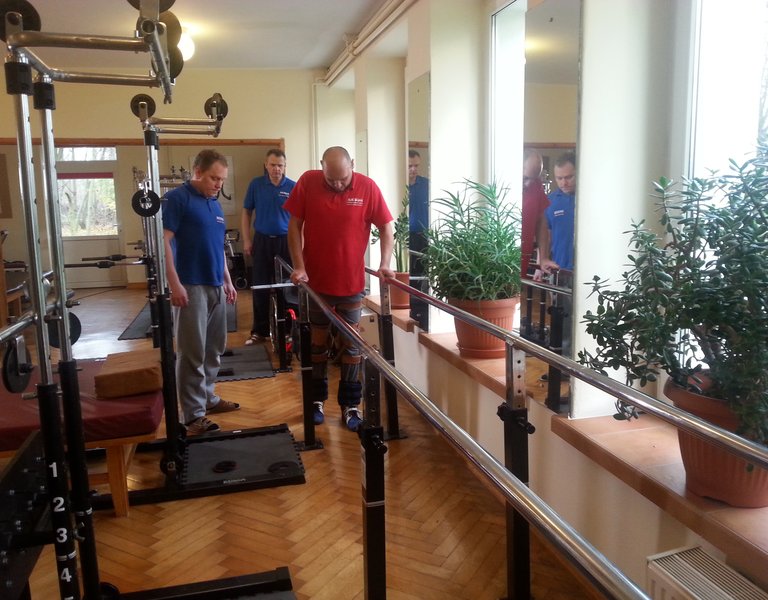 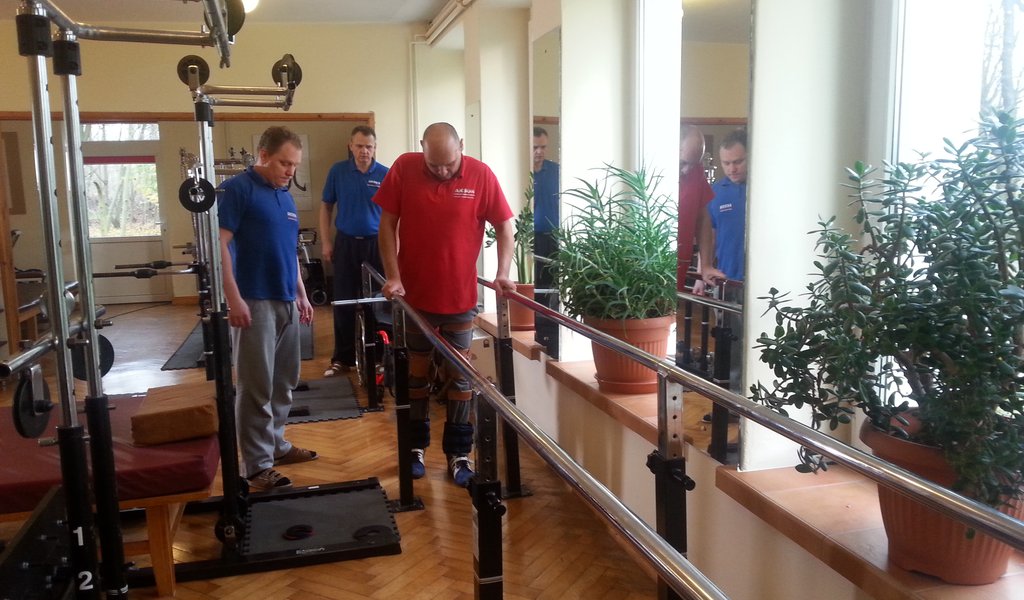 “This surgery was performed entirely with our own methods”, says the head of the team of doctors who, for the first time in the history of medicine, recreated the severed spinal cord. “Our British colleagues were our academic advisers and observed this process.”

The recreation of the severed spinal cord was the main topic in nearly all the most important media worldwide after the BBC One channel broadcast the document entitled “To Walk Again.” Its main character, Dariusz Fidyka, who was paralysed from the chest down, can walk again with the support of orthopaedic equipment. This happened for the first time in the history of medicine – until then such central nervous system injuries had been considered irreversible.

The surgery and a 10-year-long clinical trial that preceded it were conducted by a team of doctors from the Neurosurgery Clinic of the University Teaching Hospital in Wroclaw, coordinated by Dr Paweł Tabakow. The idea of using olfactory cells in such a therapy came from Prof. Geoffrey Raisman from the University College London.

Dr Paweł Tabakow told Polska.pl that “Judging it fairly, it should be called the Polish success with British support. Prof. Raisman provided the idea of transferring olfactory cells to the spinal cord. However, the British doctors were unable to implement this idea to clinical practice on their own and searched for clinicians ready to undertake such a difficult task”, adding: “We answered their appeal.”

The condition of Dariusz Fidyka, a 40-year-old firefighter who was stabbed with a knife in the back several years ago, was very serious. His entire lower part of the body, below the chest, was completely paralysed. The defect in his spinal cord was assessed at 8 mm. In 2012, Fidyka underwent an experimental therapy prepared in the Neurosurgery Clinic of the University Teaching Hospital in Wroclaw in cooperation with the University College London.

Nearly 30 years ago, Prof. Geoffrey Raisman discovered that the only nerve cells that can regenerate are olfactory ensheathing cells, i.e. cells responsible for the sense of smell. They can be found in the epithelium of the nasal cavity which is susceptible to various injuries caused by infections or mechanical factors. Due to the fact that the cells keep regenerating, our sense of smell is maintained for most of our lives. In animal studies, Prof. Raisman proved that bringing back sensation to the lower part of the body is possible in paralysed rats if these unusual cells are implanted to the damaged part of the spinal cord.

With these findings in mind, the surgeons from Wroclaw implanted the olfactory ensheathing cells in Dariusz Fidyka’s damaged spinal cord after placing them on a scaffolding made of nerve fibres collected from the patient’s ankle.

“We have created our own, unique method independent of the idea made at the University College London. The olfactory ensheathing cells were not collected from the nasal cavity but from the olfactory bulb, a structure located in the patient’s brain”, said Dr Tabakow.

He explains that the cells collected from the olfactory bulb in the brain have a considerably greater regeneration capacity than those collected from the nose. These cells were then cultured in a laboratory, and subsequently implanted. This stage was conducted in the Institute of Immunology and Experimental Therapy of the Polish Academy of Sciences.

Dr Tabakow says: “At each stage, the Polish contribution to the therapy was fundamental. We have created the culture technique, the manner of cell implantation to the spinal cord, the method of joining the broken cord and we conducted animal studies. The scientists from London were present as well. They advised us, but rather observed than acted.”

Dariusz Fidyka would have never started walking on his own if not for intensive rehabilitation that lasted for over two and a half years. It is helping the patient regain feeling in the lower part of his body. He can move his left leg and make a few steps on his own with the support of orthopaedic equipment. He is also regaining control over his urinary bladder and bowels.

“It was an incredible feeling", Dariusz Fidyka told the BBC, adding: "When you can't feel almost half your body, you are helpless, but when it starts coming back it's like you were born again."

In three other patients operated in Wroclaw, the surgeons used olfactory ensheathing cells collected from the nasal cavity. Unfortunately, the effects are not as spectacular as in Dariusz Fidyka’s case.

The doctors emphasise that the therapeutic method applied in his case is a novelty and requires verification and multiple trials, but it gives hope to people who, until now, have had no chances of regaining control over their bodies due to paralysis.

The studies of the Polish surgeons on spinal cord regeneration were financed by the British Nicholls Spinal Injury Foundation (NSIF).