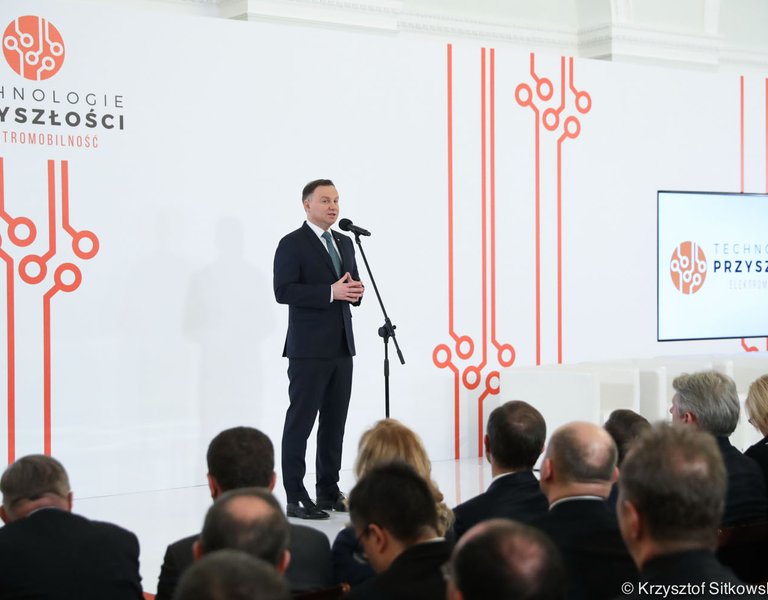 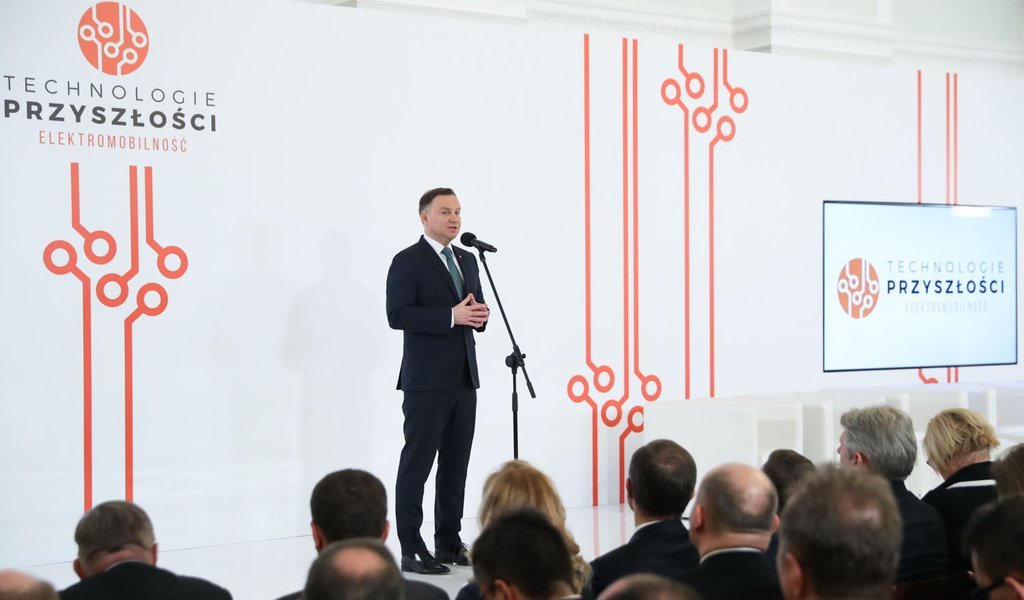 Polish President Andrzej Duda said on Wednesday that electric cars entailed no emissions, so embracing e-vehicles would result in cleaner air and Poland could compete successfully with western countries with respect to electromobility.

The head of state made the statement as he opened a conference on electromobility in the Presidential Palace.

In his speech, Andrzej Duda noted that electromobility mattered greatly to Poland as it would be based on domestic energy resources. By contrast, at the moment, over 90 percent of the crude oil in domestically produced fuels - which power Polish vehicles - comes from abroad.

The President pointed out that "with regard to energy, we are able to produce it locally," so "in this respect, we are self-sufficient."

Another benefit of electromobility is that it means fewer emissions of air-polluting substances, the head of state said, making it an effective method of combating smog.

In addition, low-emission technologies could drive the growth of the Polish economy.

"Electric cars entail no emissions,"Andrzej Duda underlined, "which, in my view, represent a large majority of what really causes smog."

Thus, "if we shift to electromobility", the President added, "we will be able to make the air cleaner, as well as facilitate research and development."

"For years, people have sought alternative sources of powering mechanical vehicles," the head of state noted, "and today, electrical energy is definitely becoming the main such source - I believe we should proceed in this direction."

Andrzej Duda pointed out that electrical vehicles have been manufactured in Poland for a long time, by such companies as Melex, Ursus or Solaris.

What is more, Poland is ready to compete with western, developed countries in the electromobility sector, the president concluded.