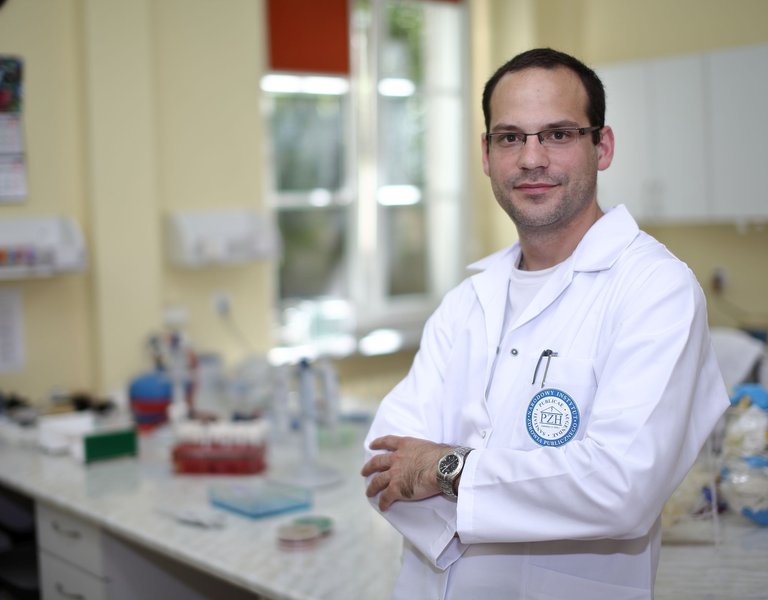 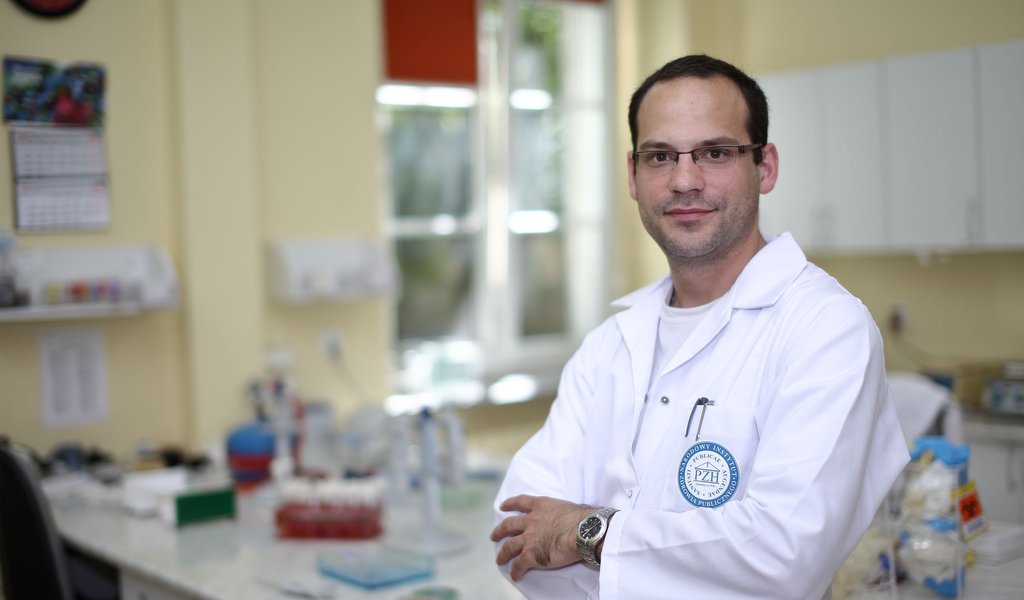 A Polish scientist has developed an extremely simple and rapid test to identify the presence of the Ebola virus. The scientific breakthrough may shorten by several hours the time needed to detect an infection, helping accelerate the treatment of the deadly disease.

The test for the presence of Ebola virus developed by Tomasz Wołkowicz, a microbiologist from the National Institute of Public Health – National Institute of Hygiene, is based on reagents available in every laboratory. This makes it usable under almost any conditions, also in field hospitals which do not have at their disposal expensive laboratory equipment. Moreover, this test produces a result in less than an hour, which is also incredibly important, as Ebola virus attacks and kills quickly. To be able to treat the sick and prevent the spread of the disease one needs to act extremely quickly. In late June, Wołkowicz received the prestigious “Innovators Under 35” award, bestowed by the MIT Technology Review, for developing the innovative test.

Ebola haemorrhagic fever virus is one of the deadliest viruses to plague mankind in recent decades. During the Ebola epidemic in West Africa, more than 27,000 people got infected between 2013 and 2015, of whom 11,000 died.

The epidemic has since slowed down and scientists believe that the likelihood of an Ebola virus outbreak in Poland is low. 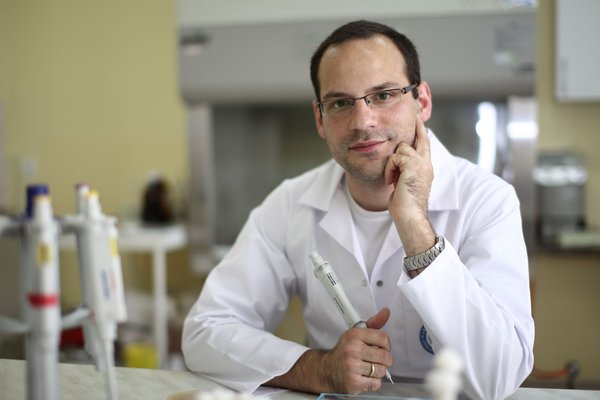 However, Polish epidemiological services are prepared for contact with the disease. Since September 2014, groups of scientist from the National Institute of Public Health - National Institute of Hygiene have been working in shifts to examine suspicious blood samples in a specially equipped laboratory – 24 hours a day, 7 days a week. The microbiologist Tomasz Wołkowicz is one of those scientists.

“Developing a new test for the presence of the Ebola virus was the most pressing need of the moment,” Wołkowicz told Polska.pl. “We needed a test that would confirm the results of our previous analyses, i.e. standard commercial testing for the presence of Ebola virus, used in a great deal of laboratories worldwide.”

The scientist explained that the standard practice is to use expensive tests through which the presence of the virus RNA can be detected in the patient’s blood sample. While this procedure itself is time-consuming, it has also to be followed, in accordance with the rules which laboratories need to observe, with a retest, where the presence of the pathogen has been detected in the blood sample. Identifying the disease may thus take many hours which are vital for the patient and those having contact with him or her.

“My intention was to make the procedure of confirming the test result shorter ,” says Wołkowicz. “I wanted the test to be as simple as possible and practicable in a laboratory with standard equipment. Therefore, I decided to use inexpensive, widely available reagents which produce rapid results.”

The reagents used in the test, i.e. special enzymes, are designed to identify the virus based on its characteristic parts of the genetic code, which takes only 45 minutes.

“We managed to select the enzymes in such a way so as to be able to recognize the species of Ebola virus says,” Wołkowicz. “In the case of the epidemic outbreak, which is currently slowing down, we are dealing Ebola Zaire, while the second known species is Ebola Sudan.

The idea behind the discovery was conceived by the Polish scientist during a sleepless night, while analysing the genomes of the different Ebola viruses. The next day, together with his colleagues from the virological and bacteriological team, he began tests of the new solution.

The scientists managed to confirm the accuracy of the test using inactivated samples of virus fragments available in the laboratory.

The new test is currently patent pending, and a scientific publication on the subject is being prepared simultaneously. Wołkowicz stresses that his invention was designed to facilitate the fight against the deadly disease, rather than for commercial purposes.