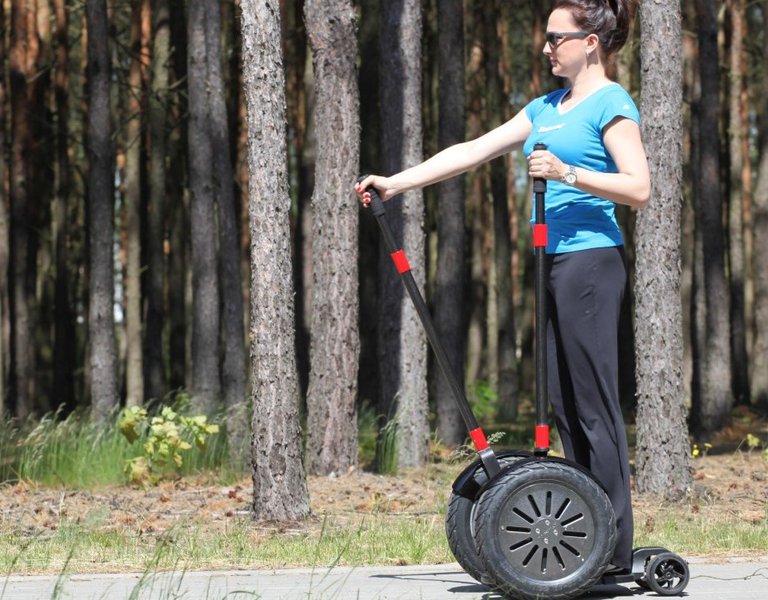 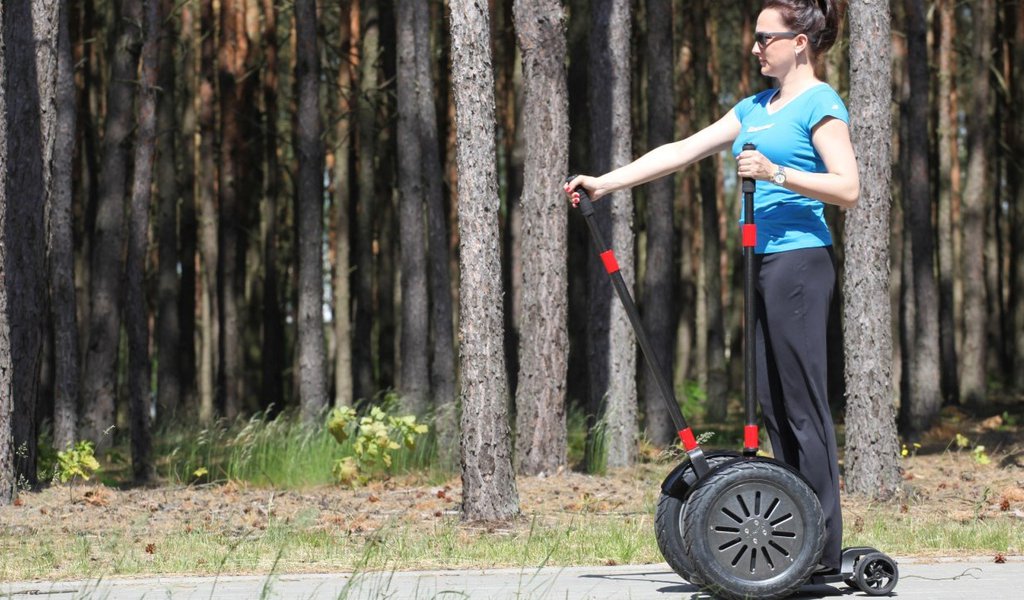 Torqway – a Polish answer to Segway

With its complex propulsion technology and environmental friendliness, Torqway, named the best European invention by the Americans, promotes active recreation.

At first glance, Torqway is a cross between Segway and Orbitrek, i.e. a fitness device operated by levers to enforce muscle motions similar to the ones employed during Nordic walking. Torqway has four wheels: two large front ones and two smaller ones at the back, and it is exclusively human-powered. Moreover, unlike Segway, which failed to revolutionize personal transportation, Polish vehicle may become a market sensation, especially thatit can also serve as a rehabilitation device.

The author of this brilliant invention is an engineer from Toruń, Andrzej Sobolewski, who had decided to create Torqway in 2008 after he saw a Segway show. Since Mr Sobolewski's son, Bartek, was instantly thrilled with Segway, both father and son began designing their own, more economical version of this device. Eventually, the only feature Torqway and Segway have in common is the vertical position of the user who stands on a small platform. Apart from that, everything is different, from the number of wheels to the entirely environmental-friendly propulsion mechanism.

Mr Sobolewski's far-reaching visions were supported by his wife, Beata, who is at present the CEO of Torqway, the company they have established. In 2014, the family business received financial support from JCI Venture, a fund, which noticed the potential of Torqway – the device currently protected by patent laws both in Europe and in several non-European countries.

“The main advantage of Torqway is its original propulsion system, which transforms the swinging movement of the lever into the one-way rotary motion of the wheel axle,” Beata Paszke-Sobolewska told Polska.pl. “This mechanism is the heart of my husband's invention.”

Each movement of the user's arms, both forward and backward, is productive and propels the vehicle, which can reach the speed of as much as 12 km per hour. According to the designers, we burn our calories when we ridewith the same efficiency as it would be the case with running or rowing. Therefore, a Torqway ride may support weight loss, also in the case of obese persons for whom leaving the house on their own might be a problem.

“This kind of activity is a perfect exercise for your whole body,” says Beata Paszke-Sobolewska. “Arm swings activate all your muscles, improve your body shape and motor coordination. According to the physicians who provided their experts' opinion on Torqway, the vehicle might be used for rehabilitation of peopleafter strokes or surgeries.” 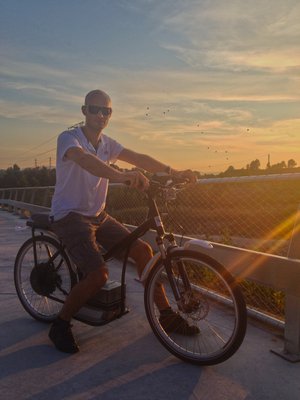 In the pastfew years, Polish inventors have created many interesting machines. EV4, an electric vehicle made by Jacek Skopiński from Warsaw, is particularly interesting. The main difference between EV4 and other similar vehicles is the fact that it is four-wheeled, yet it tilts on the bends like two-wheeled vehicles. The vehicle has pneumatic suspension which reduces the effect of traveling over rough ground.

An interesting offer for residents of traffic-heavy cities is an electric motorcycle developed by students from the Scientific Association of Vehicles and Mobile Robots Construction at the Wrocław University of Technology. This energy-efficient and environmental-friendly machine is technically a moped, which weights 47.5 kg, reaches the speed of up to 45 km per hour, and bears up to 200 kg. With a fully loaded battery, it may work for approximately 70 km, while the cost of riding 100 km is about PLN 1.5.

On the other hand, SpinCar, a car of the future, designed by Bogdan Kuberacki, an engineer, will facilitate parking and manoeuvring through narrow city streets. SpinCar has a different chassis than the cars used today: it has single wheels at the front, at the back and at the each side of the chassis. This makes it a four-wheeled vehicle leaving three tracks: the front and the back wheels follow the same track. The front wheel and the back wheel can turn 90 degrees at the same time, which enables the car to rotate. This significantly facilitates parking and getting out of the car. The vehicle may be equipped with an electric or hybrid propulsion system. It may be also equipped with a ramp to make it accessible for the disabled.

Every time the Sobolewski family presents Torqway on fairs or conferences, they are instantly surrounded by onlookers amazed by the extraordinary propulsion mechanics of the device. The invention also impressed the board of INPEX (The Invention & New Product Exposition), the fairs held in June 2014 in Pittsburgh, USA. Out of all Polish products presented at the exposition, Torqway had received the most awards: special award for the best European invention, gold medal in the Health/Fitness category, and two awards from associations of inventors from other countries. A few months earlier, Polish vehicle had received the gold medal in the Sports category during the International Exhibition of Inventions in Geneva.

“It is a great honour and joy for us to learn that Torqway is considered such an interesting and innovative product,” says Beata Paszke-Sobolewska.