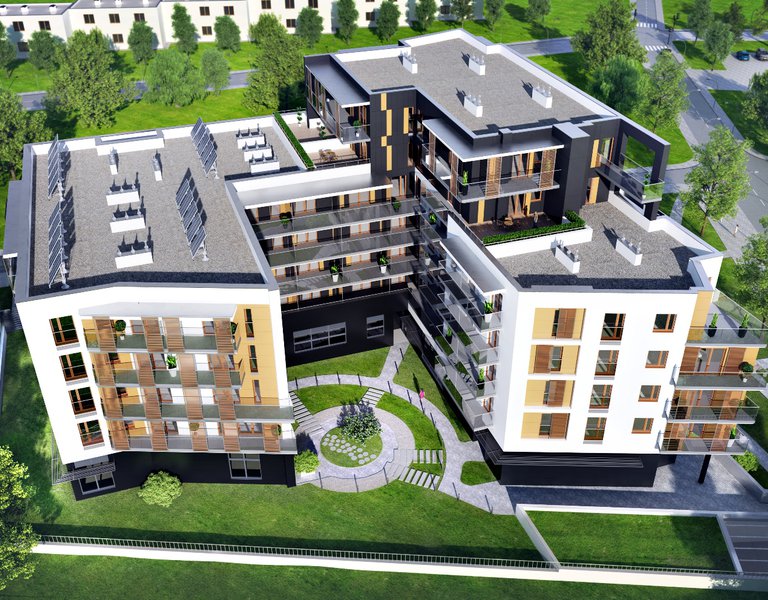 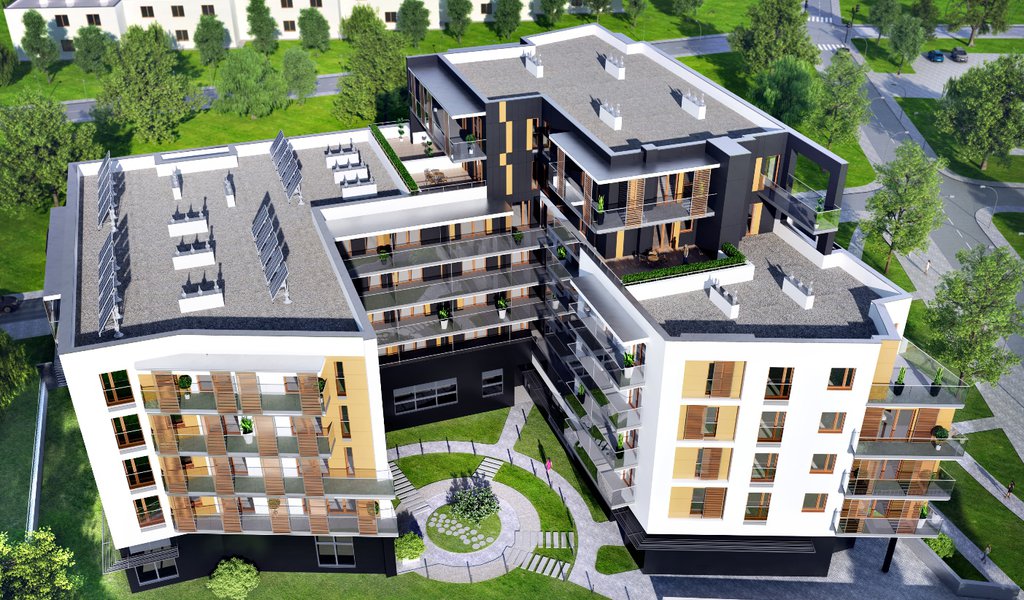 Green houses made in Poland

It uses rainwater to flush toilets and has filters on window air conditioning units that do not let exhaust fumes inside. Designed by Polish engineers, the Multi-dwelling Urban Building 2030 sets construction standards that will become binding in the EU in 16 years.

At first glance, the four-storey building constructed at the intersection of Burakowska and Krasińskiego Streets in the district of Żoliborz in Warsaw does not differ from modern apartment buildings in its vicinity. Designed by the Galicki Sypniewski Architekci studio, it too has an elegant shape, spacious balconies and a place for flower beds. Yet it is this building that won the competition for the showcase Multi-dwelling Urban Building 2030 project carried out by the Mostostal Warszawa company and the Building Research Institute, the Faculty of Architecture at the Warsaw University of Technology and the Faculty of Civil Engineering at the Silesian University of Technology, with the support of the Ministry of Science and Higher Education. And it has become a guinea pig on which the most modern ‘Three E's’ – ergonomics, economics and ecology – solutions will be tested. The investment project at 41 Krasińskiego Street is to set the standards of smart and energy-efficient construction, which will be binding in the European Union in 16 years. 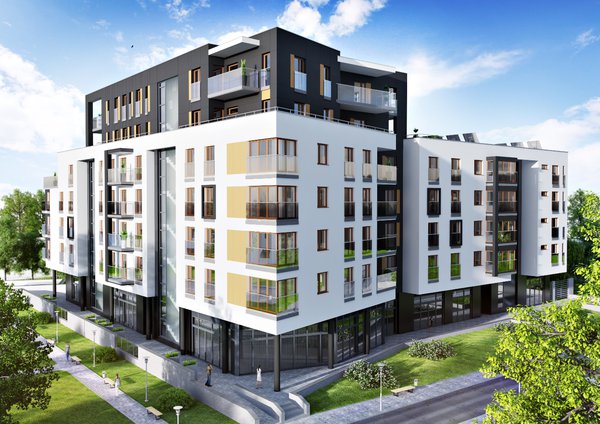 Since the beginning of construction works in December 2012, the site has been frequently visited by scientists and engineers, who strive to ensure that the building is quiet, warm and inexpensive. ‘Owing to them, the inhabitants will not have to pay for hot water, which will be heated partially by solar panels on the roof, and partially – with the use of secondary heat – by refrigerating units and power generators from the supermarket on the ground floor of the building,’ Tomasz Jankowski, the President of Fort Krasińskiego, explains in the interview with Polska.pl. ‘Before the rainwater, retained in a special container, flows down to the Vistula River, it will supply toilets and water the lawn in the common area,’ adds the President. He also praises the heating measures – graphite polystyrene foam used to insulate walls, windows with glass panels adjusted to cardinal directions (thicker in the part facing south to avoid overheating, thinner in the part facing north to ensure maximum sun exposure and heat) and acoustic measures. ‘Shell walls and those separating flats are made of silicate blocks, owing to which we have better acoustic performance than airport buildings. The inhabitants will definitely not complain about noise from neighbouring apartments,’ notices Tomasz Jankowski.

Although the investment project has considerable competition because in southern Żoliborz ca. one thousand flats will soon be commissioned, Fort Krasińskiego has already sold 65 percent of apartments. Better still, it achieved it in spite of the price of PLN 7–9,000 per sq. m for a flat with a balcony and a storage area, and of the fact that the building will not be commissioned until the third quarter of 2014. ‘Clients are increasingly interested in green and energy-efficient solutions because they know these will help them to save a lot of money in the future,’ says Tomasz Jankowski.

Polish scientists from the Warsaw University of Technology (PW) have foreseen the interest of Poles in green and energy-efficient construction many years ago. Therefore, they were not surprised with the popularity of the Smart Building Systems post-graduate programme for the graduates of Electrical Engineering and Electronics Faculties launched several years ago. Nor were they surprised with the fact that although universities of technology in other cities and private institutions of higher education opened similar courses, none of them complain about lack of candidates.

PW graduates now work for the world's largest companies and design houses for the entire Europe. In western Poland, there are several architectural studios specialising in designing low-energy houses (with annual energy demand of 30–60 kWh in comparison to the standard energy demand of 90–120 kWh per sq. m) and passive houses (under 15 kWh a year per sq. m), which receive orders from the most distant parts of the EU.
Associate Professor Dr Krzysztof Duszczyk from the Electricity Faculty at the Warsaw University of Technology, lecturer at the Smart Building Systems course, believes that smart building systems will soon become a standard. Owing to them houses and flats will be able to correct the errors of their owners, e.g. switch off light in empty rooms, close doors and windows as appropriate, decrease heating when the inhabitants are absent and switch it on an hour before they come back, or even order missing food products if a box in the fridge is almost empty or the expiry date is drawing closer. 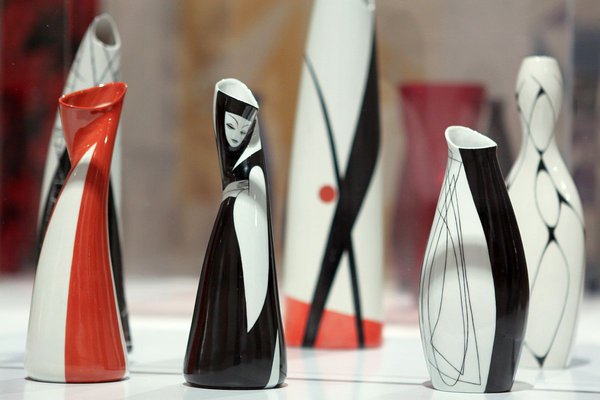 Scales which can signal an oncoming heart attack, a bathtub that ensures safe bathing for those who suffer from circulation problems and a bedsheet which monitors the heart’s function during sleep—these are a few smart everyday objects invented by researchers from the Gdansk University of Technology. Nine high-tech devices make up a virtual elderly carer, which compiles and processes data and uses them to warn the doctor or the family about a threat to a patient’s life.
The solutions included in a project called Domestic support active and healthy ageing.

I-Scales, a bathroom scale, does not only show body mass, but also body fat, muscle, and water percentage, as well as the percentage of arterial oxygen saturation (SaO2). If a patient who is obliged to weigh himself every day at a fixed time suddenly gains a kilo, the device will tell him to do a few sit-ups and then it will examine the heart’s function. This way, it verifies whether the water retention is caused by fatigue or is a symptom of heart attack. The results are sent to a doctor’s mobile phone. The doctor also receives the ECG results from the e-bathtub, which monitors the bather’s parameters, and from the patient’s SleAP bed sheet, which can measure sleep apnea based on ECG readings.

The greatest advantage of the devices created by Gdansk engineers is that they are easy to install. It is not necessary to adapt the bathroom in order to create an intelligent bath— placing a special mat inside will just do. Other inventions of the Domestic project subsidized with EU funds include a device that can identify colours for people with impaired colour perception, a network of sensors detecting domestic accidents such as water leaks, and Dementia, a platform that offers brain exercises for the elderly.

‘Today, the only mandatory smart system in all buildings is the fire control system. In modern buildings it overrides all other systems – it not only obtains information from them, but can also give directions e.g. prevent lifts from letting people in during a fire or make fume ventilation open,’ Dr Duszczyk explains in the interview with Polska.pl. ‘However, additional systems may be installed on request, which not only make our life easier, but also ensure considerable savings. State-of-the-art smart building systems may fill the tub for us, let the dog out and in, preventing the neighbour's dog from entering the house with our pet, and even – in the most modern and expensive buildings e.g. in Saudi Arabia – rotate a floor to ensure maximum sun exposure,’ adds Krzysztof Duszczyk. According to him, in the future, owing to smart building systems, we will be relieved of many household chores, and able to control the situation in our house at a distance with smartphones. The system will take care of keeping our bills low, our fridge full and our dog happy.

Green solutions do not apply only to residential buildings. Recently the Wrocław University of Technology has announced a tender for the construction of the first archive of an institution of higher education in Poland in line with passive construction standards. A four-storey building designed by Krakow's F-11 Design Studio will be commissioned no sooner than in 2016 and will cost PLN 18 million. The walls, roofs and windows of the new archive will be tightly insulated and have smart ventilation, which will not only recover heat and provide night cooling, but also deliver as much air to the building as needed by the people inside it. Dr Furtak has also designed units using energy generated by operating servers, which will be used to heat the building and water. Rainwater will be used for cleaning and to water greenery.

According to the experts, return on investment in green construction is possible after four years, and after 15 can even save PLN 10 million. Poland is the European leader in the field of green buildings, next to France. According to the Polish Green Building Council (PLGBC), there are currently 342 buildings in Poland with green building certificates, including offices, shopping centres, hotels, industrial space and – increasingly often – private houses.

Green solutions in private residential buildings are supported by the National Fund for Environmental Protection and Water Management (NFOŚIGW). From 2013 to 2018, each person obtaining credit for the construction of an ecological house may count on a subsidy from the NFOŚiGW for the implementation of measures that decrease annual energy demand. Depending on the type of the property and the applicable standard, the subsidy may amount to PLN 50,000. As much as PLN 300 million has been allocated to credit subsidies. According to the Fund's calculations, during the term of the programme, subsidies will support the purchase and construction of ca. 12,000 houses.