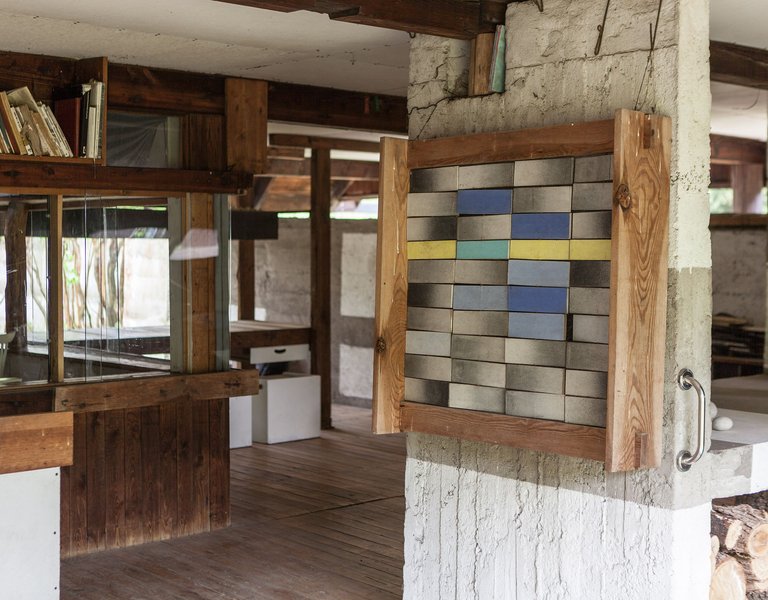 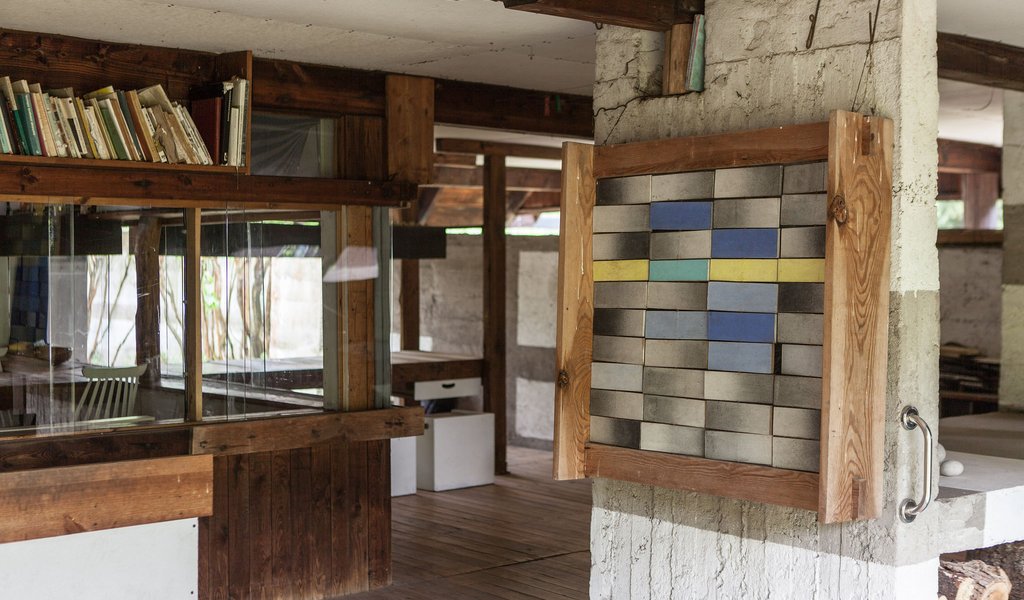 The locals call it the “sheep-house” and art students consider it a “living laboratory of the Open Form.” Hansens’ House in Szumin is the only Polish building listed in the international index of modernist family houses – Iconic Houses Network.

The Iconic Houses Network (IHN) lists houses from around the world, amongst others, the building by Mies van der Rohe in Berlin, the father of glass skyscrapers, or Masters’ Houses in Dessau, Germany, designed by Walter Gropius. The Hansens’ House, whose construction began in 1968, is located in Mazowsze in the old river-bed of the Bug, is the first Polish building that was put on this network and the first one from a country east of the Oder. 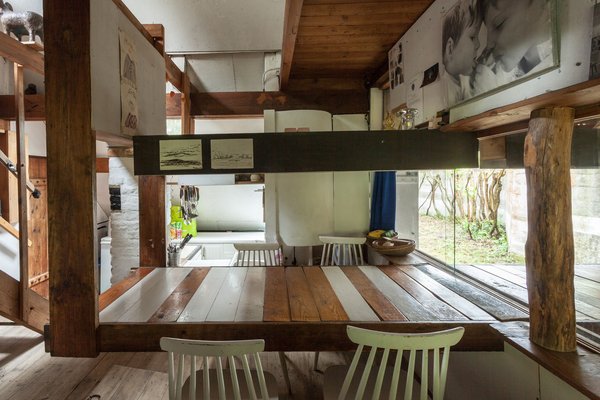 In order to be included on the IHN list, the house had to fulfil a number of requirements: it had to be built in the 20th century, it had to look the same as when it was first construed and it had to represent a modernist style. That last requirement did not pose the slightest problem as Hansen’s design is a living statement of the Open Form, whose aim is to design houses that cater to the needs of the occupant. In this concept the artist does not create a closed work of art when creating an artistic artefact, but the possibility of contextualisation and interpretation. The work always remains up-to-date thanks to the recipient who freely interprets the work.

The Polish iconic construction was built as a private house for Zofia and Oskar Hansens, architects, modernists and authors of the Open Form theory. They found out about a small village with a few cottages located near Wegrow thanks to the parents of their son’s friend and they fell in love with Szumin from the very first visit. They bought a plot of land and decided to build something of their own. They started with putting a bench to serve the village people returning home from the fields. The Hansens wanted to share their space with the locals, participate in their daily life and invite them into theirs. 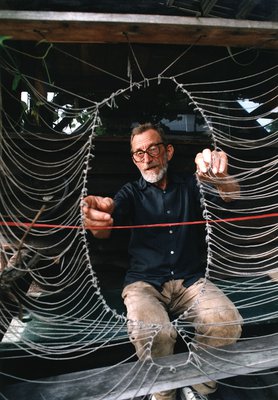 - architects and architecture theoreticians. Oskar Nikolai Hansen (born on 22 April, 1922 to a Norwegian family in Helsinki – died on 11 May, 2005 in Warsaw),  studied mechanics at the Graduate School of Technology in Vilnius and architecture at the Warsaw University of Technology, where he met his wife Zofia Garlinska-Hansen (born on 13 May, 1924 in Kaluszyn – died on 24 January, 2013).

The Hansens are authors of the Open Form concept, according to which the occupants decide about the layout/plan of their home, its height and even arrangement and size of the windows. This idea was to be embodied in Warsaw housing projects designed by the Hansens: Rakowiec (built 1961-63), Braclawska (1964-74), Przyczolek Grochowski (1968-74) and, the Juliusz Słowacki housing project in Lublin (1961). The housing developments were built according to the Linear Continuous System, which assumed that agglomerations must be constructed along longitudinal lines and functional areas must mix with the residential areas. However, the concept did not pass a reality check in the Polish People’s Republic. Seeing that the majority of their ideas could not be carried out, the Hansens returned to their theoretical work. Their summer house in Szumin was intended to incorporate all their open form ideals.

Hansens’ sons, Igor and Alvar (who was nine years younger than his brother) participated in the designing the house as much as their parents. In their conversation with Filip Springer, author of the book Zaczyn: o Zofii i Oskarze Hansenach (How it all started: Zofia and Oskar Hansen) published in 2013 by “Karakter” publishing house, they claimed that they fought fervently and, when it was necessary, they cooperated with one of the parents against the other. They all agreed with one idea that the house was to create a life’s framework that would come alive with the presence of people. 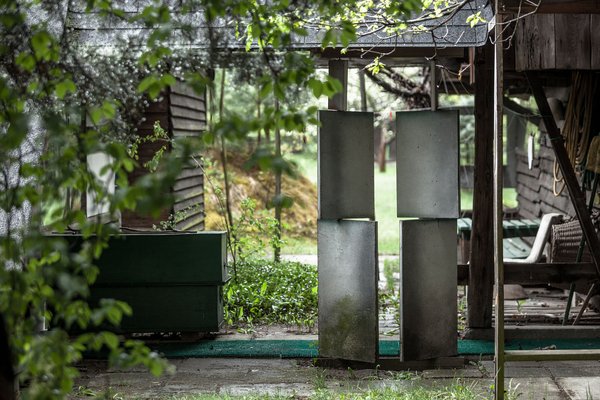 The exterior of the house resembles a chalet so much that the locals named it a sheep-house. An inexpert eye notices the roof going as far as   the ground and its rectangular windows. Filip Springer, author of a book about the Hansens, says that nothing here is defined once and for all.

“This house has no shape. It is a collection of spatial variations, where the interior intertwines with the exterior and the rooms lead one into another. All items in the house have several functions. For example, the table is  both  a kitchen and a  veranda table; the bench on a small porch is not just a place to sit, but it also creates a symbolic border between what is the  inside and  outside of the house; the kitchen’s slide out counters double up  as shelves,” enumerates  Filip Springer.

Zofia Hansen joked in her conversation with Springer that her husband’s greatest achievement was a dovecot built deep inside the orchard, while their friends’ children loved most their garden with a stand-alone gate in the middle. The children thought that was a magical gateway to a fantastic world. It turned out later that the gate was an element of a former fence around the plot. The fence collapsed and Oskar Hansen used it to train his dog, Percy.

The Hansens drove to Szumin in their “Azure Arrow” – a 1960s Warszawa (a Polish made car) which they had for 30 years. Later, their friends often parked in front of the house, as did Hansen’s students, for whom he organised the Open Form Summer School every year. He gave them a different task every day, such as designing a table from multi-coloured wooden boards. The students treated their participation in the summer school as a great honour and they repeatedly explained to the surprised local residents that their neighbour is a “living laboratory of the Open Form”.

After Oskar Hansen’s death in 2005, Zofia Hansen still spent most of the year in Szumin, where she felt best. After her death in 2013, the family entrusted the house to the Museum of Modern Art in Warsaw. The museum workers spent several months preparing Szumin for visitors. Architectural inventory of the place was carried out on-site by Central Architectural Group.

From 24 May the Museum of Modern Art is organising free of charge visits to the house in Szumin for which you can register on the museum’s website.