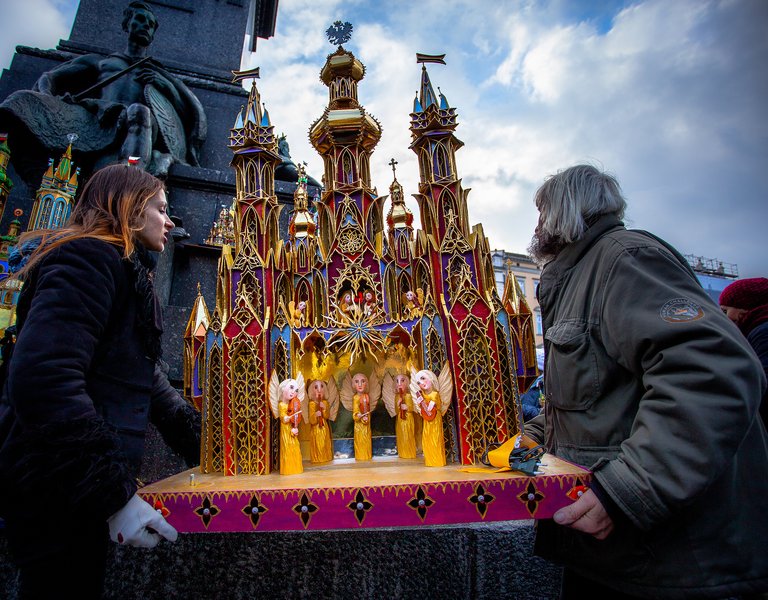 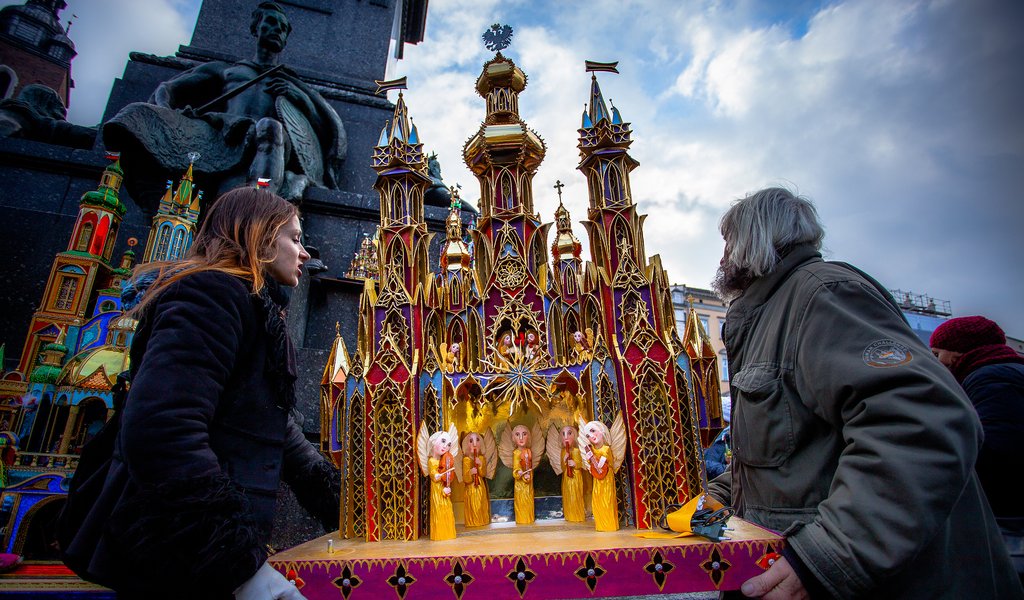 The first edition of the contest was organized in 1937 by the Municipal Art Propaganda Office of the Kraków Municipal Board, and was initiated by Jerzy Dobrzycki, the then director of the Office.

The outbreak of WWII disrupted the organization of the contest which was resumed in 1945. Ever since 1946, i.e. since the appointment of the aforementioned Jerzy Dobrzycki as director of the Historical Museum of the City of Kraków, the Museum has been in charge of the organization of the contest. The chief goal of this competition has always been the preservation of the tradition of nativity scene making. Throughout its history, the contest has been entered by hundreds of craftsmen; some of them participated several times, others more than a dozen times, and the record-holders over fifty times. The tradition of creating nativity scenes for the contest has developed in many families; it has been handed down from generation to generation, and is still very much alive today. Nativity scene makers constitute a very diverse group of artists united only by a common passion. They may represent a vast variety of professions, but what they all share is rich imagination and incredible patience. They are ready to spend hundreds, if not thousands of hours, laboriously sticking tiny details together to create magnificent structures. The forms, decorations, and materials used in the process have changed over the years. Eventually, a new type of Kraków nativity scene, one that is created especially for the contest, has evolved. Kraków nativity scenes have gained global recognition. These splendid and unique pieces of art can be viewed and admired for almost three months at the Kraków Nativity Scene Contest Exhibition in the temporary exhibition area of the Historical Museum of the City of Kraków.

The winning creations, especially those which are purchased by other museums, shall be displayed at home and abroad for many years to come. On the day of the contest, nativity scene makers will start arriving in the Main Market Square early in the morning, hoping to find the best place to present their works on the steps at the foot of Adam Mickiewicz Monument. After the bugle call at 12.00 a.m., the contestants will form a procession and walk around the square towards the stage, which is where the official presentation of their works will take place. The results were announced on Sunday, 8 December, at 12.00 a.m., in the stately hall of the International Cultural Centre at Ravens House in the Main Square. After the prize giving ceremony and the official opening of the exhibition, everyone will be invited to CELESTAT (Lubicz street) where all the works submitted shall be presented at the annual Kraków Nativity Scene Contest Exhibition.

All the Nativity scenes registered will be traditionally displayed at the post-contest exhibition, during which a nativity scene creator’s workshop as well as a bauble creator’s workshop will be arranged. The visitors will be able to admire designs, drawings and models of antique baubles, and watch film about the complex process of their creation. The Christmas trees will be adorned with contemporary baubles. The Polish tradition of decorating a tree with trimmings dates back to 1850’s, but it developed in the 20th century when numerous bauble workshops and manufactures were founded.

Source: Historical Museum of the City of Krakow