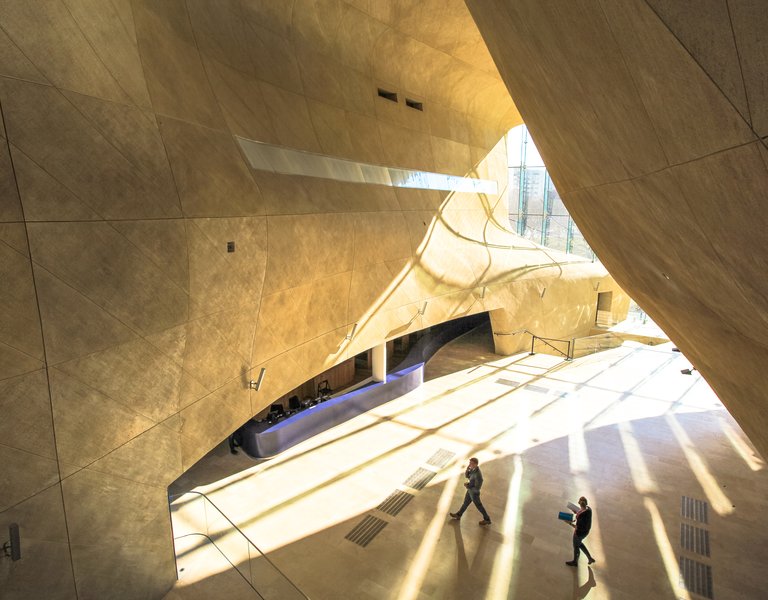 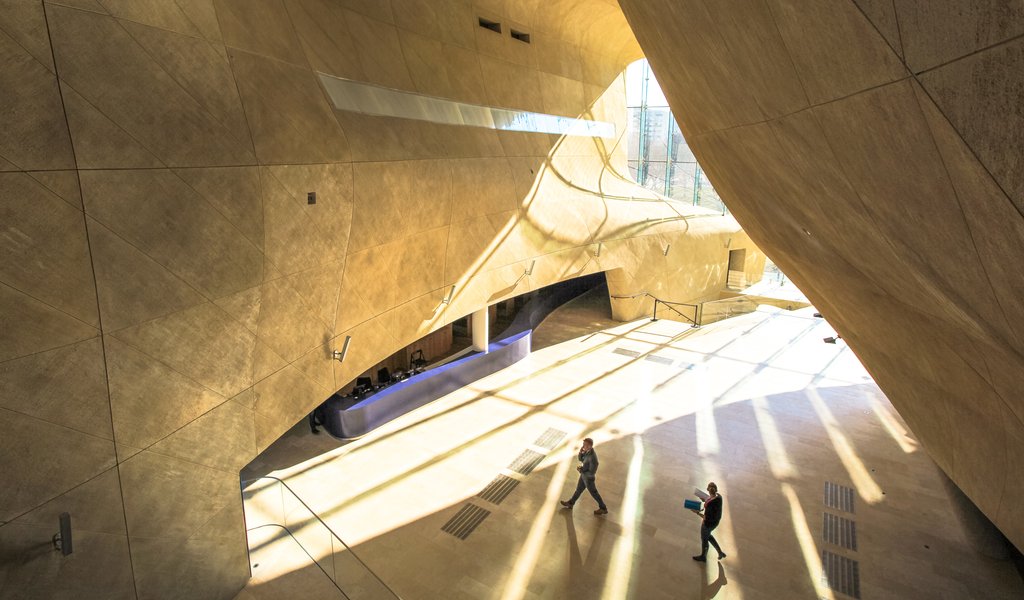 Warsaw Museum of the History of Polish Jews shows Poland as a meeting point of different cultures, languages and religions. The building of the most modern museum in Poland has won the prestigious Architectural Design of the Year prize in the Eurobuild Awards contest.

“The remarkable, dynamic hall and the bright, open spaces reflect the motto ‘a museum of life,’” reads the justification. The design was entered in the category “best commercial or public building completed in 2013.”  Designed by the Finnish architect Rainer Mahlamäki, the museum beat the Poznań City Center, a railway-station-cum-shopping-centre in the capital city of Wielkopolska, and Warsaw’s Plac Unii office and shopping centre. 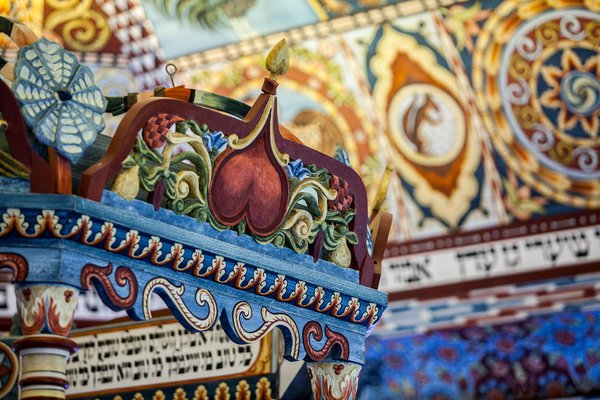 The prizes are awarded annually by Eurobuild, a monthly which is owned by a Polish media group that operates in Central and Eastern Europe’s real estate and construction markets.

The museum is seated in the modern-day Warsaw district of Muranów, right in the middle of what was once the Jewish North District and then the Warsaw Ghetto. The building, whose usable area is 12.800 square metres, was put up by Polimex-Mostostal.

Square in plan, the construction is cube-shaped and features glass walls. The outermost layer consists of panels covered with a copper net. The word Po-lin written in Hebrew on the panels is a reference to the first Jewish settlers in Poland. The “P” symbol combines the Latin letter  “p” and the Hebrew  “pey”. The museum entrance is fashioned to resemble the Hebrew letter tav, which stands at the beginning of such words as tarbut (culture) and teva (ark).

“Polin”, the official name of the museum, was chosen two months prior to its opening. The Hebrew word to describe Poland brings back connotations of a legend which became the central theme of “The Forest” gallery opened to the public as the first part of the main exhibition. Computer animations of plants and animals are shown on several glass screens. Thus, they bring visitors to a Medieval forest which served Jews as a shelter once they had been expelled from Spain, Portugal and German countries in 1492. As one version of the legend has it, Jews understood the name of the country as “Polin”, meaning “rest here”, and according to another story a sheet of paper with “Po-lin” written on it fell to them from heaven. Moses Isserles, a legendary Krakow rabbi living in the 16th century, wrote about Poland: “People here do not hate us so passionately as in Germany. Let it stay that way till Moses comes.”

Together with the gallery, the museum launched the “Stories of Polin” internet platform which will bring together accounts of people from all over the world talking about their links to Hebrew culture. For more, please visit storiesofpolin.com.

The museum’s underground section hosts the core exhibition about the history of Polish Jews as told from the Middle Ages until today. It is expected to be completed in June, and the official inauguration has been scheduled for 28 October 2014. It will not be a traditional set of exhibits displayed in glass cases. The historical part of the exhibition begins with a 12th century coin with Hebrew inscriptions. It clearly proves that Jewish merchants were already present in Poland in the early Middle Ages. The replica of a 17th century wooden synagogue ceiling is a spectacular exhibit. It is covered with colourful paintings that represent Jewish zodiac signs, scenes from the Torah as well as floral and animal motifs. The synagogue was located in the town of Hvizdets (today’s Ukraine). It burned down during World War I, but the ceiling has been reconstructed based on 19th century drawings and photographs. The museum abounds in such interesting exhibits.

The remaining floors accommodate temporary exhibition rooms, a multi-purpose auditorium with 480 seats, an education and information centre, children’s area, a café and a museum kiosk.

Work on the museum, which was originally a civic initiative, began in 1995 thanks to support from international organizations and private people from all around the globe. In 2005, the museum was officially set up, with Poland’s President Aleksander Kwaśniewski as its patron. The Museum of the History of Polish Jews is Poland’s first public-private institution. It has been created by the government, local authorities and the Jewish Historical Institute, an NGO.

The museum’s opening in April 2013, on the occasion of the 70th anniversary of the Warsaw Ghetto Uprising, saw crowds of visitors flocking to the building. Over 15,000 people toured the premises during the first two days alone, with several thousand more in the following days. The building is said to have the best facilities for disabled people in Poland.

The museum’s initiators say the project testifies to a breakthrough that is taking place in Polish-Jewish relations. They underscore that the institution serves not only as a source of information about Polish Jews, but also as a meeting place for cultures. The museum plays regular host to lectures, shows and meetings about the history of Polish Jews. It also focuses on promoting tolerance, openness and variety – it is by referring to these values that the Museum’s creators want to show Poland’s multicultural diversity over the past centuries. 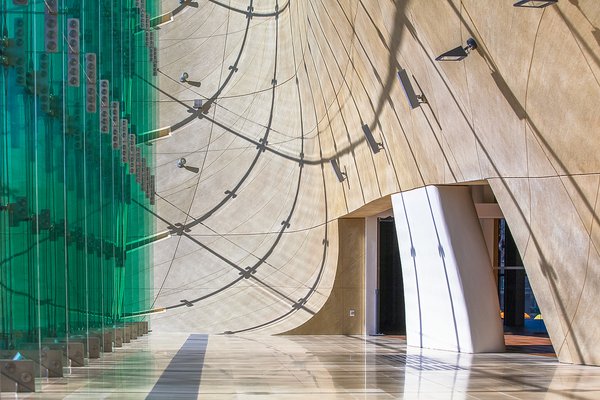 Grand opening in Poland and Israel

An open-air musical performance featuring Tomasz Stańko’s suite Polin composed for the opening of the Museum of the History of Polish Jews will inaugurate the POLIN Core Exhibition on 28th October at 7 p.m. Afterwards the Museum will open its doors to visitors from 9.00 pm to midnight.

Everyone who wants to see the Museum’s Core Exhibition and events organised around the theme “POLIN: History from A to Z” (including films about Jewish identity, a debate dedicated to the exhibition, meetings with witnesses of history, and a museum game for children and adults) will be able to do so over the next two days for free. A gala concert at the Teatr Wielki will also be organised on this occasion.

Israel will also mark the inauguration of the Museum of the History of Polish Jews with an open-air exhibition in one of Tel Aviv’s main streets and with a gala concert performance of a musical work composed by the prominent Israeli composer Ella Milch-Scheiriff, the daughter of Baruch Milch, a Polish Jew who wrote the book Testament.