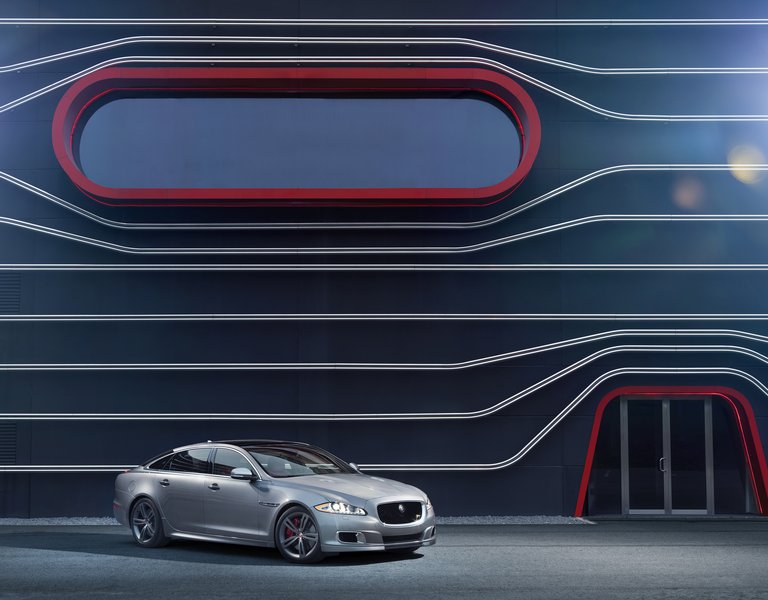 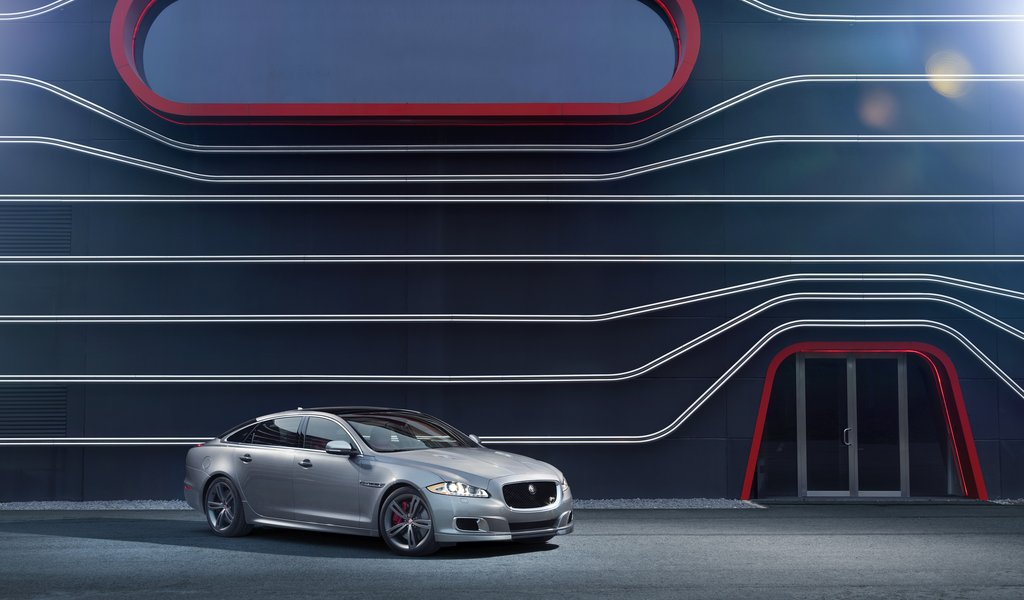 The luxury Aston Martin DBS and the Ferrari California, the economical Alfa Romeo Giuglietta and the Tata Indica Vista—it is not widely known that the world’s most popular cars have been designed by Poles. The way to the elite design studios has been paved for them by Janusz Kaniewski, who died suddenly at the beginning of May.

The king of Polish car designers, Janusz Kaniewski, who suddenly passed away on 9 May 2015 aged 41, has made a strong name for Polish car designers. The passing of one of the first graduates in Transportation Design from the famous Istituto Europeo di Design in Turin, the most famous school of auto design, sent a shock throughout the entire moto industry. Surprised by the designer’s sudden death, his employees are receiving condolences from the bosses of the largest car manufacturers. For Mr Kaniewski was not only an acclaimed author of the Ferrari California and Ferrari 458, but also had other creations attributed to him: the Lancia Delta, the futuristic Honda CIVIC, the Alfa Romeo Mi.To, the Alfa Romeo Giuglietta, and the Suzuki Kirashi (the designer would not confirm this, most probably because of confidentiality clauses with the automakers). He was also a well-known philanthropist and an extraordinary man. 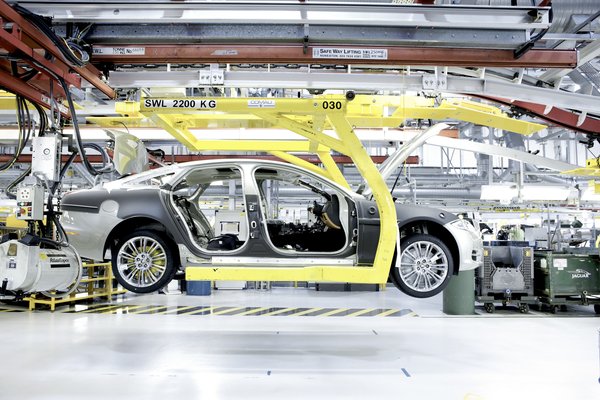 Mr Kaniewski’s Milan alma mater attracts most would-be designers from Poland. Many of them are graduates from the Design Department at the Eugeniusz Geppert Academy of Art and Design in Wroclaw, which has a Studio of Means of Transport Design. “They must think highly of us in Milan, because our graduates get admitted not only to the Istituto Europeo di Design but also the city’s university of technology, the Scuola Politecnica di Milano,” Professor Piotr Jędrzejewski, head of the Studio of Means of Transport Design at the Wroclaw Academy, tells Polska.pl. “One of our youngest graduates, Mateusz Wowk, a BA in Motor Transport Design, went on to study at the Milan university of technology, and after an internship at the Lamborghini plant in Santa Agata, landed a job there,” adds Professor Jędrzejewski. Another Scuola Politecnica di Milano graduate is Jacek Pepłowski, who now works for BMW Mini, and Bogusław Paruch, employed by Ford.

Professor Jędrzejewski spent almost a decade at the Studio of Means of Transport Design, which had been founded by Professor Wilhelm Semaniszyn. He thinks the studio’s edge is its comprehensive curriculum. “We want our future designers to have no areas hidden from them, no black boxes that only an engineer could grasp. We want our graduates to be able to cope with the whole picture,” explains Professor Jędrzejewski.

He himself used to design mining equipment and bomb squad military vehicles at the studio that once cooperated with the Starachowice Car Plant and the lorry plant in Jelcz. The studio’s track record includes a partnership with Kross, Poland’s biggest bicycle manufacturer.

According to the Professor, the three to five students who each year enrol in the studio are utterly preoccupied with car design and fascinated by the subject. Apart from the mandatory curriculum they will register for competitions and come up with their own extra activities. “To succeed in this field you need to give it your all,” he thinks.

Another studio graduate, Jacek Pepłowski, currently working at the Munich-based Mini plant, started designing cars when he was a student of a secondary art school in Wroclaw. He gave vent to his passion by studying at the Wroclaw Academy of Art and Design and training at Volkswagen. Having won an MA in industrial design, he enrolled in a crash course in Car Design at the Scuola Politecnica di Design. He came to grips with the Italian style there and established contacts in the car-making world, among others with Honda, for which he worked after university.

Some Polish car designers opt to study at home, for example at the Silesian University of Technology, whose graduates have designed the bodywork of Audi, BMW and Alfa Romeo models. Kamil Łabanowicz’s portfolio includes the Audi R8 TD, which premiered at the Detroit auto show in 2008; Zbigniew Maurer of Centro Stile Alfa Romeo has to his name the redesign of the 166, the design of the 156, and collaborative work on the 8C Competizione; BMW’s Jacek Frohlich designed the look of the new BMW X5 models—F10 and F11. The Silesian University of Technology has recently opened the Faculty of Interior Design, and plans to launch a faculty of industrial design which will offer a car design course. 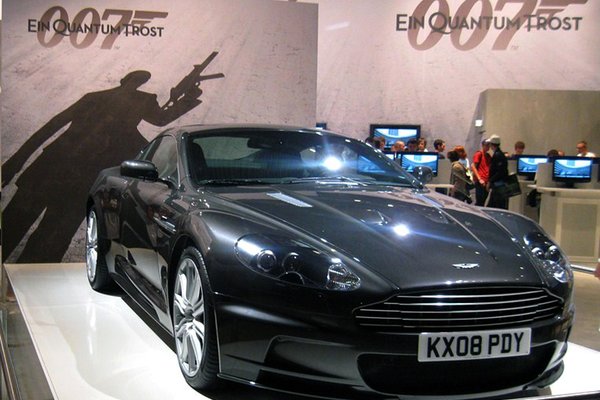 Another university of technology, this time in Gdansk, was the alma mater of Tadeusz Jelec from Giżycko, a member of the Jaguar designer team, who has also finished the prestigious British Royal College of Art. Mr Jelec, who has been living in the UK for more than 30 years, was at first doing assignments for Volvo, Mazda and Jaguar. After he was given a ten-day deadline to redesign the interior of the XJ and delivered the job, Mr Jelec was put on the designer team at one of the most prestigious British brands. It is thanks to him that the Jaguar XJ changed from a classical limo into a more modern car.

Poles are also engaged in designing the bodywork of some lesser-known brands in Europe. Justyn Norek from Krakow, who for 23 years worked at the legendary Institute of Development in Automotive Engineering in Turin, is the author of India’s Tata models. He has designed the bodywork of the Indica II, Nano and Indigo.

Another Pole in a top design position is Marek Reichman, head of the Aston Martin designer team, a manufacturer that, according to some, makes the world’s most beautiful cars. Born in Great Britain in 1966, Mr Reichman supervises each model designed by his team. He has personally designed James Bond’s Aston Martin DBS, which the agent of Her Majesty's secret service drives in Quantum of Solace, as well as the Vanquish and the Vulcan Hypercar. In 2014 he created the DP100 for Gran Turismo 6, a computer game.