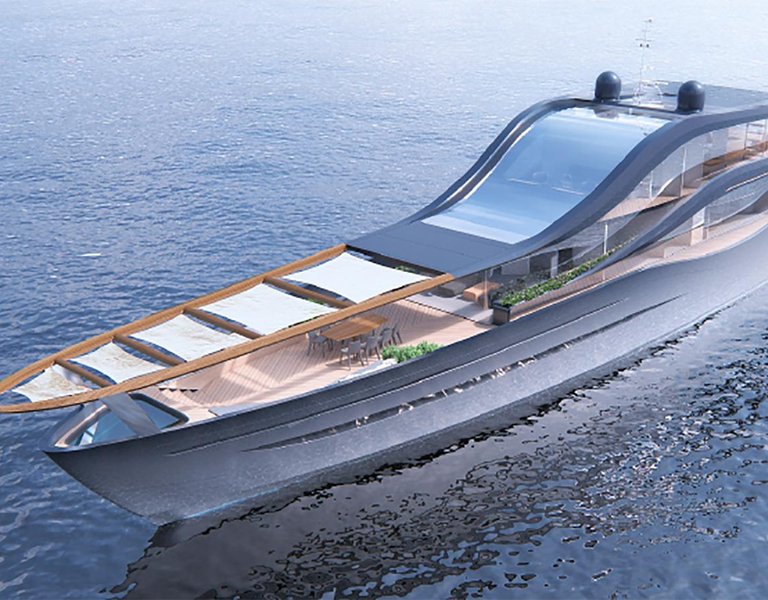 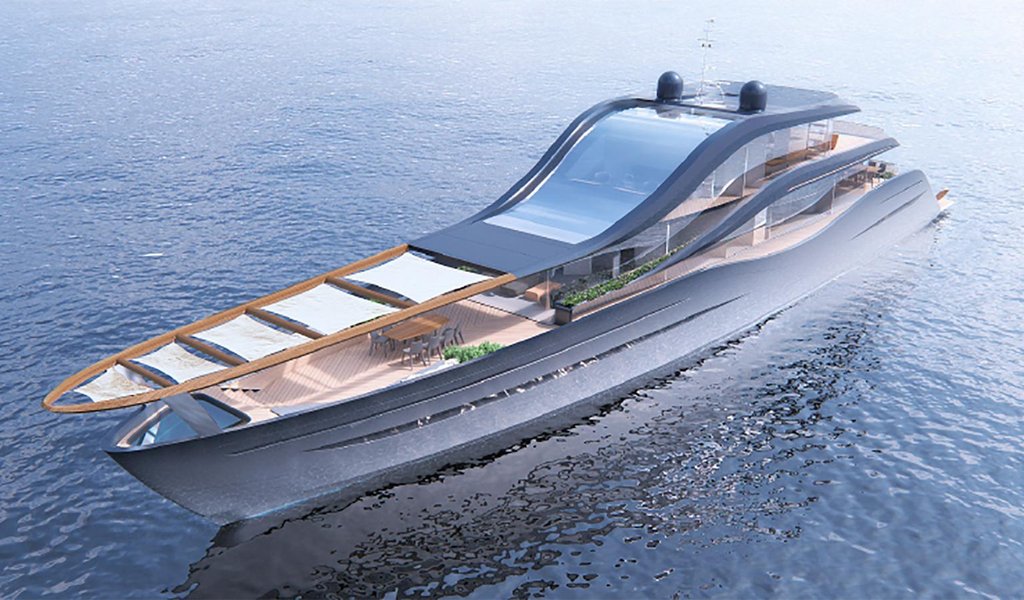 A student of architecture at the Gdańsk University of Technology is one of the world’s best luxury yacht designers. Marlena Ratajska is one of the six finalists of the ShowBoats Design Awards in the Young Designer of the Year 2016 category.

It is 45 metres long and has glass walls, a spa area with a Jacuzzi in the bow and a cinema area. In addition to the owner’s private apartment, there are guest rooms sleeping six and quarters for six members of the crew. The yacht which Marlena Ratajska designed, in accordance with the requirements of the competition, for an Italian fashion designer combines a modern, hydrodynamic shape with minimalist decoration. “One of the requirements of the competition was the ability to admire the views and for this reason most rooms on the yacht have glass walls,“ she explains in an interview with Poland.pl.

The upper deck houses the owner’s apartment with the captain’s bridge, behind which there is a roofed dining area, a resting area, a beauty salon and two spa rooms. In the front, Ratajska placed an open dining and resting area with a cinema and a Jacuzzi. The lower deck is divided into three parts and houses the guests’ areas with two bedrooms, a fitness studio and a sauna, a water sports area and a beach club-like area with a bar and a swimming pool. The lower deck also houses the crew quarters.

Although the Polish student submitted her design just before the deadline and did not expect to win, the jury composed of the most eminent designers in the industry appreciated the lightweight and modern character of the design. They said that Ratajska’s idea “enabled guests to interact with the surrounding sea”.

On an everyday basis, the young woman from Gdansk is an architect at a studio in Switzerland where she moved two years ago. She treated the competition as a warm-up exercise before her M.S. thesis for which she intends to design a much larger, 75 metres long yacht. In addition, it seemed to be tailor-made specially for her. When her life situation forced her to move to Switzerland she received note that she had been admitted to study Vessel Architecture at the Gdańsk Academy of Fine Arts. She discovered her talent to design yachts during an internship at an architectural studio where her job was to take stock of a luxury vessel in the Maldives. Earlier she had little to do with sailing. She set out on a yacht for the first time at the beginning of her studies, in the area of Giżycko and then a voyage around Majorca followed.  But vessels are close to her heart, as evidenced by her place in the strict six-person final of the competition for students of architecture and interns of design firms who are younger than 26 years of age.  Even her entry into the final was a success because the whole industry pays a lot of attention to the best six. And the most talented finalists are invited to intern at the best companies on the market.

Today, Ratajska design designs yachts after her working hours but she may soon take on a new job.  The finalists of the ShowBoats Design Awards in the category of Young Designer of the Year are often offered well-paid jobs. For now Ratajska is happy with the prizes awarded by the competition – the possibility of participating in a London symposium along with the most eminent persons in yacht design and visits to two shipyards in the Netherlands and Germany.

If the architect from Gdańsk ever becomes one of the top designers of luxury yachts, she will not be the first Polish woman to do so. Polish designers and boat builders have long been highly regarded in this community.