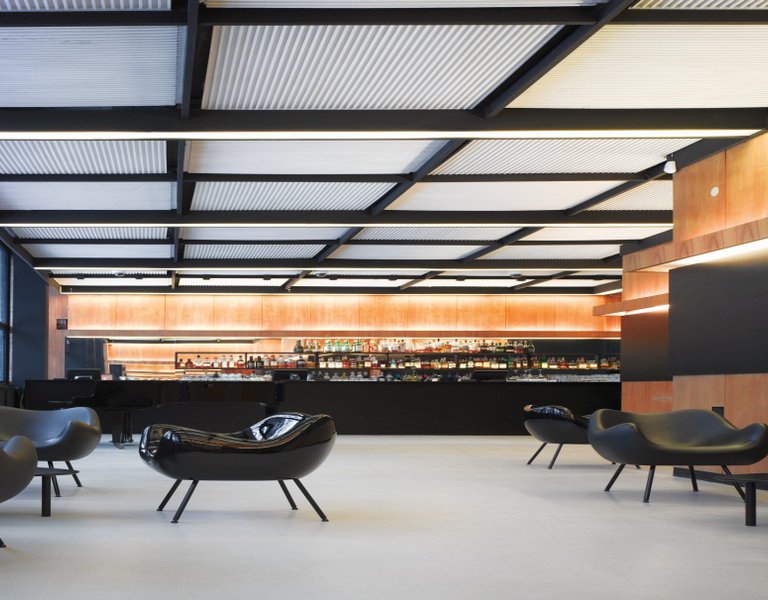 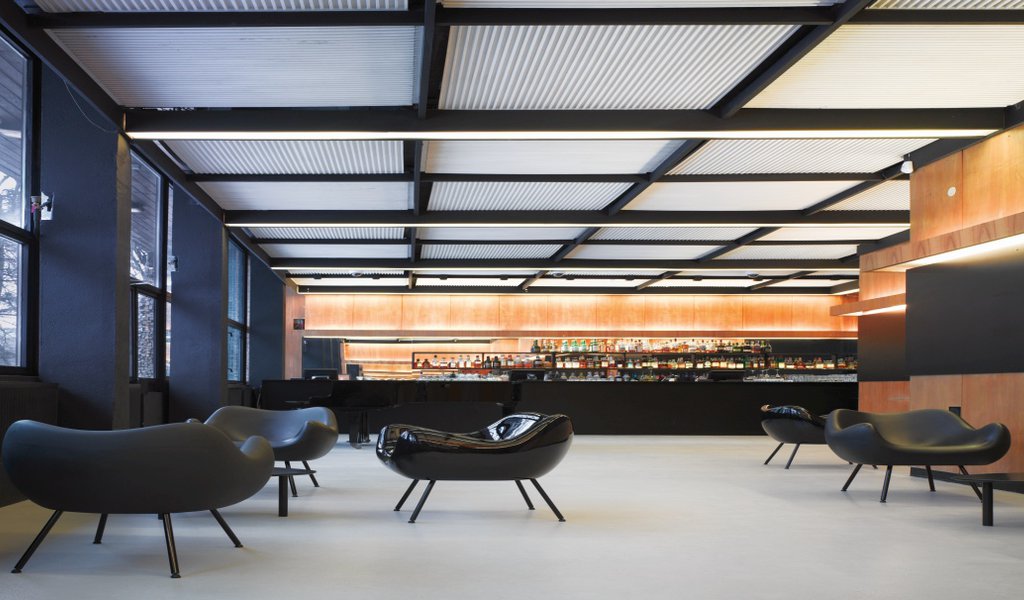 Revival of design from behind the Iron Curtain

Furniture, clothes and everyday objects reflecting the best design made during Communist times are now iconic.

Twenty-five years since the fall of the communist regime in Poland, designs created behind the Iron Curtain, at the time when Poland was called the Polish People’s Republic (PRL), are being brought back to life.  Designers from that period took advantage of a political ‘thaw” in the mid-1950s and rejected socialistic realism in favour of applied art reflective of the Twiggy, the Beatles and op-art style – simple and convenient, while also being pretty and colourfully bold.

“In the mid-20th century  many globally recognised designers worked in Poland to produce  furniture, which won recognition and prizes at  international exhibitions. The designs were spare and bold considering the times in which they were made.. Still , many of them were beyond the reach of the average Pole, because  communist era manufacturing plants preferred to manufacture simplified and less sophisticated products geared to  the general public,”Polska.pl learned from  Maciej Kukurba, the founder and lead designer of Pan Popi, a furniture shop. 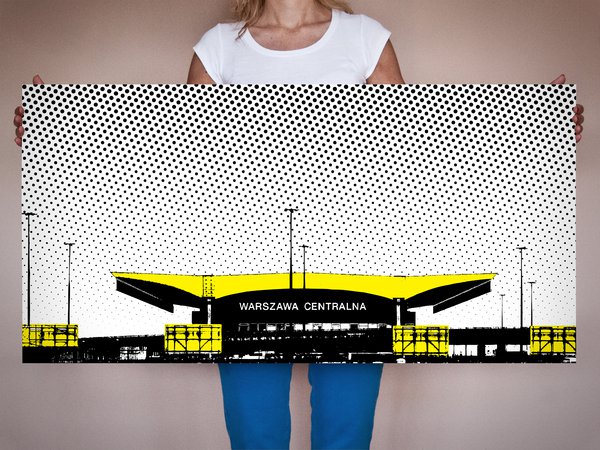 “Obviously, many extraordinary designs never went into production,” adds Jakub Sobiepanek, graduate of the Faculty of Design of the Academy of Fine Arts in Warsaw. Sobiepanek is the author and artistic director of the VZÓR brand. He told us that a famous armchair designed by Roman Modzelewski in 1958 belonged to that category. The armchair  was one of the very first seats made of polyester and glass laminate in Poland and the world. On account of its innovative nature none of the Polish factories wanted to manufacture the armchair. Only a few dozen models were produced in the designer’s own workshop in his  house.  “Under the VZÓR brand we started to revive  armchairs designed by Roman Modzelewski. We have  plans to promote other recognised 21st century Polish designers, as well,”   adds Jakub Sobiepanek.

Currently VZÓR is in talks with Teresa Kruszewska, who designed  the famous Muszelka (small shell) chairs, or heirs to Czesława Knothe, whose 1955 design of a chair made of wire mesh made here famous. Those designers worked for the ŁAD Artists Cooperative, which comprised Polish art school design professors and graduates. They had a great influence on the Polish design at the turn of the 1950s and 1960s. Furniture and everyday objects designed under the Ład brand are elements of the communist period design that are still being willingly copied and purchased. 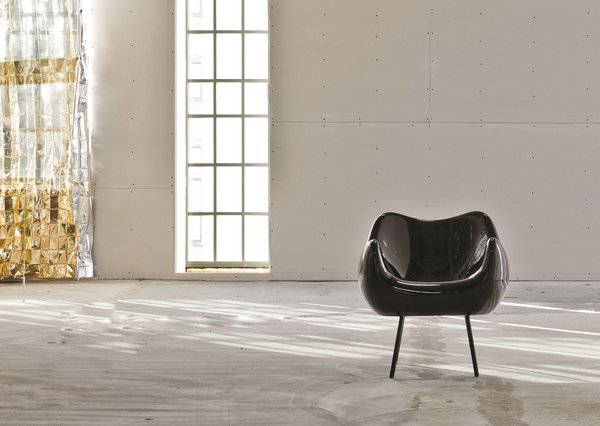 “At the time when ŁAD could operate unrestrained, a lot of simple and functional designs had been developed and Polish designs were affordable for the average Pole,” says Sobiepanek. “The situation changed for the worse in the 1970s and 1980s, when the market became filled with mass produced furniture not created by designers. Now their work is again in demand, as shown by the biggest Polish furniture manufacturers, such as VOX or Noti. Polish designers have contributed to Poland becoming the second biggest furniture producer worldwide.

Furniture found in attics and flea markets is renovated and its colours refreshed so that it can be used to decorate a coffee shop or a home. A company that specialises in this kind of work is the Warsaw-based Refre, which skilfully combines communist-era design with contemporary style.

Design from behind the Iron Curtain has also seen a revival in other sectors. Design offices are now reproducing old typography, which once decorated clothing, bags or pictures. “Signboard and neon illumination designs used to be hand-made and bore distinctive characteristics of their authors. We are making use of this unique Polish People’s Republic typography by setting it against our favourite communist-era Warsaw buildings,” says Marcin Kęska, a designer of Notoładnie Studio, which specialises in pictures printed on canvas.
A fascination with fonts dating back a few dozen years is also visible in designs by Mamsam, a company making use of designs characteristic of communist-era canteens called ‘bar mleczny’. The porcelain and furniture used in such establishments are icons of contemporary design. 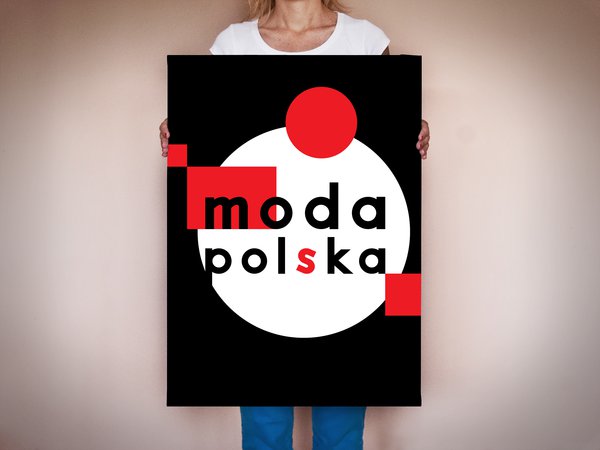 On the other hand, ‘Pan tu nie stał,’ a company from Łódź, manufactures clothing, bags and labels with prints recalling slogans and sayings from the communist era. Now these popular sayings are used humorously, like the company’s name, Pan tu nie stał (You did not stand here) said in long queues in front of Poland’s stores during the communist period

“Despite the considerable negative associations connected with the communist era, my generation tends to associate old typography and styles from that period with good childhood memories,” explains Marcin Kęska of the Notoładnie Studio. “On the other hand, a minimalistic trend has come to the fore in graphic design. This helps explain why communist-era design is gaining popularity in today’s Poland.