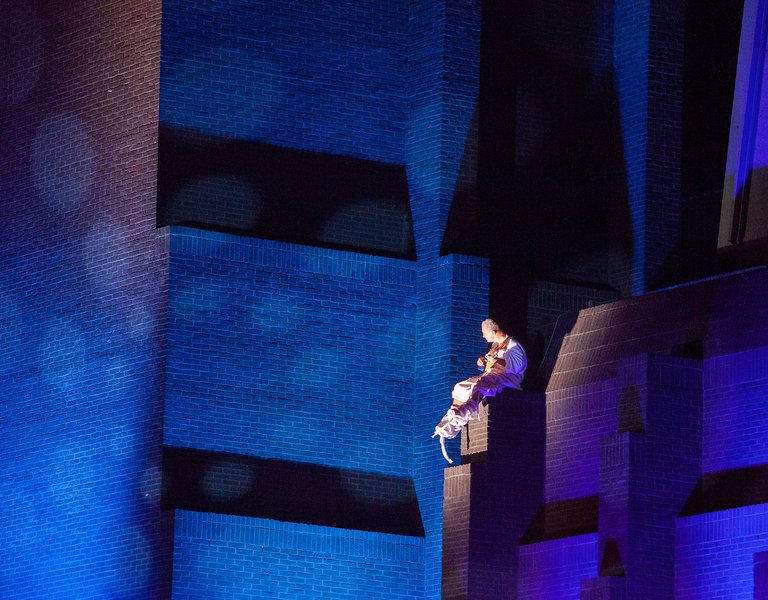 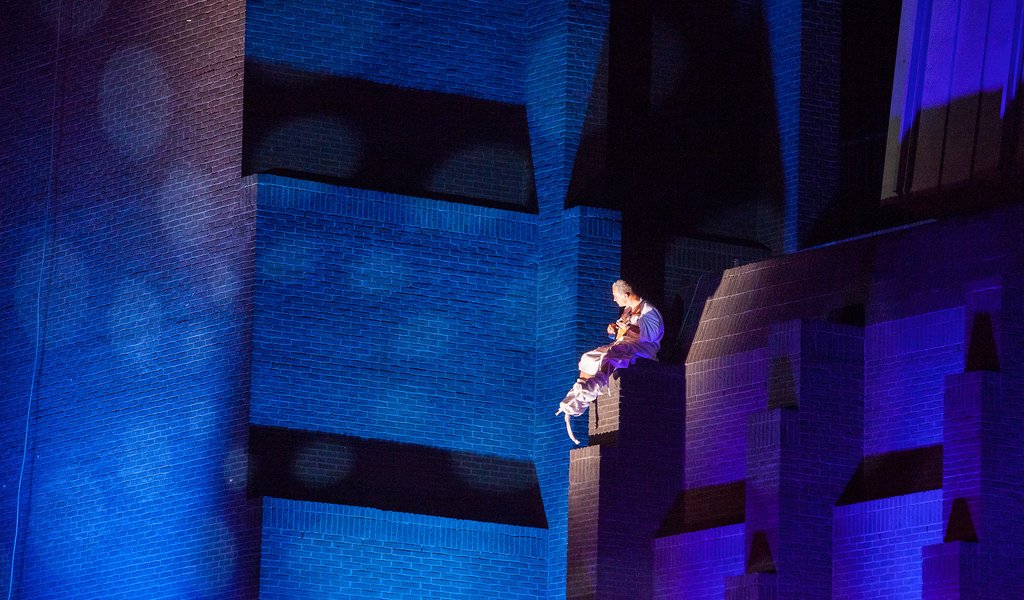 Shakespeare Theatre back in Gdansk

The Gdansk Shakespeare Theatre opened on 19 September with a performance of “Hamlet”. The anthracite building with an opening roof is the first seat of a dramatic theatre constructed from scratch in Poland after the Second World War.

The opening of the Gdansk Shakespeare Theatre will be remembered in this city for a long time. A great happening recalling the great Renaissance triumphs brought fencers from Spain and Gdansk, who conducted an "artistic siege" on the new theatre, to a new building at Bogusławskiego St. In the finale, the artists led spectators across the Main Hall of the theatre, where the famous characters from Shakespeare's dramas appeared. The admission to the ceremony was free of charge.

In is not a coincidence that the first Shakespeare Theatre in Poland is opening in Gdansk. It was here that the first stages were constructed in the 17th century after the fashion of the London theatre, in which the plays by the English playwright were performed. That is why the honorary patron of the project to rebuild the theatre is the Prince of Wales himself. The theatre is also supported by Andrzej Wajda and Peter Hall, as well as renowned British actors – Judi Dench, Emma Thompson and Alan Rickman.

Professor Jerzy Limon, director of the Gdansk Shakespeare Theatre, says in an interview with Polska.pl that today it is the state-of-the-art institution of that kind in the world. “Nowhere else can you find any other theatre with an opening roof, which allows playing in daylight, as it was in the times of Shakespeare. Moreover, no other theatre has different types of stages, which can transform into one another in one space. We have an Elizabethan Stage, which is surrounded by spectators from three sides and on which you can play under an open roof; a traditional Italian Stage and an Arena-Stage, which is surrounded by spectators from four sides,” explains Professor Limon. He adds that a complicated system of almost 60 trapdoors enables quick changes of scenes. 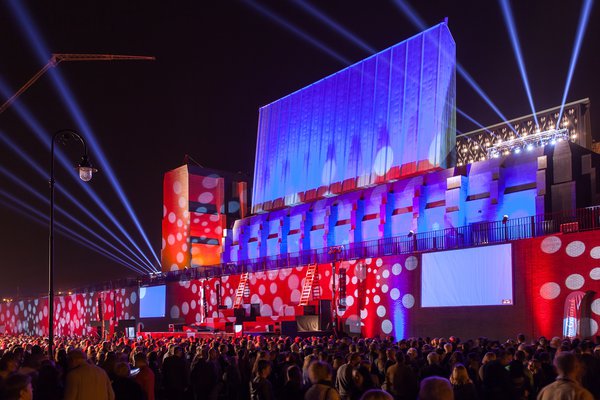 The anthracite theatre building, standing against the red walls of the Gdansk Main Town, has stirred controversy from the beginning. The architect Renato Rizzi justified the choice of untypical materials with a tradition of Gdansk, since the city was always distinguished by a different kind of brick than elsewhere in Poland. However, the building permit was preceded by squabbling with a local branch of the Society for the Protection of Historical Monuments, which argued that the modern construction would cover the historical panorama of the city centre.
The brick construction, which can seat 600 viewers, hides a wooden interior inspired by the Gdansk Fencing School. Built in the early 17th century, it was functioning in Gdansk for 130 years as the first public theatre of the Republic of Poland. It is distinguished by open courtyards, nooks, passes built in the imitation of the streets of Venice, a spacious terrace and a wall surrounding the building.

The finishing works in the theatre lasted till the last days of summer. The costs of the PLN 95m project are covered by the European Union in 75% and the rest paid by the city and the local government of the Pomeranian Province.

The British Week began on 20th September and lasted until 26 September, offering four performances. The prestigious Shakespeare’s Globe presented “Hamlet” and the Gecko Theatre played “Missing”. The audience could also watch stage productions by Tim Crouch, a British film review and an exhibition of 17th and 18th century etchings.

The Gdansk Shakespeare Theatre is a stage which organizes artistic events and is open to all forms of art.