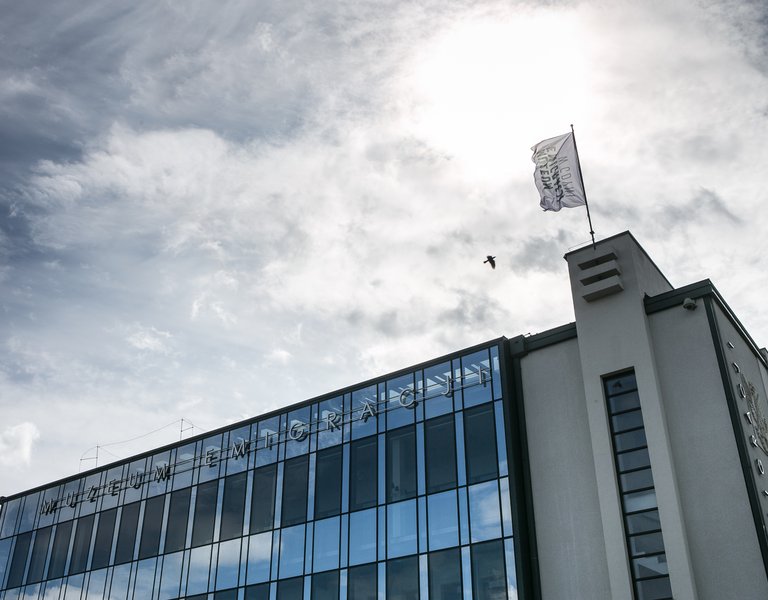 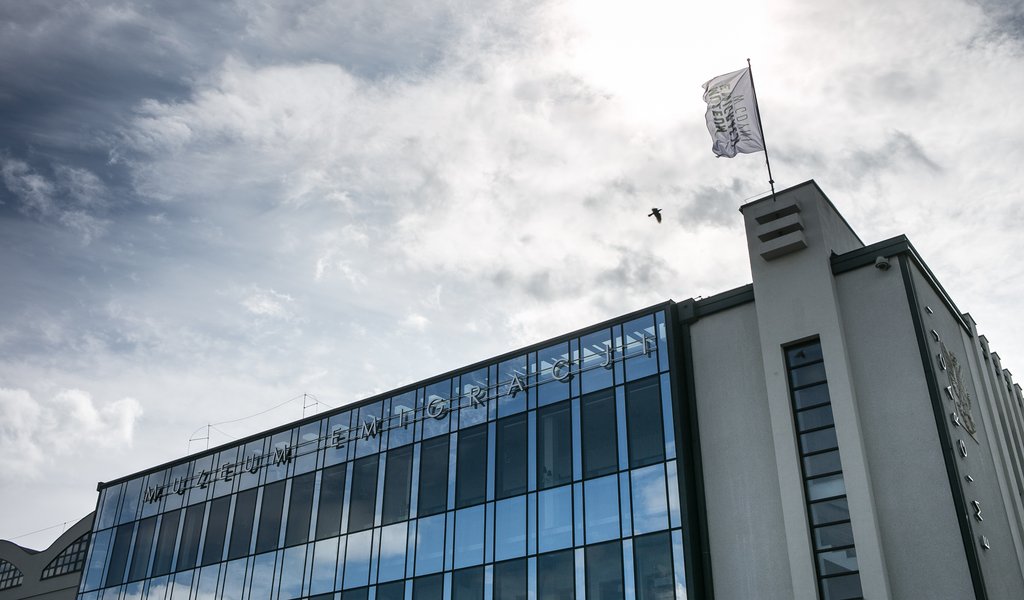 A shared history of all Poles

For decades, Polish emigrants would leave for their new homelands from the Maritime Station at 1 Polska Street in Gdynia. Today, the 80-year-old building houses an Emigration Museum, the first of its kind in Poland.

“I would never have thought that it was possible to do something like this in a former banana ripening plant,” said the Minister of Culture and National Heritage when visiting the renovated Maritime Station in August. The Emigration Museum will be inaugurated there on 16 May 2015, during the Night of Museums. The first guests will see an interactive permanent exhibition, which showcases 200 years of Polish emigrations, from the 19th century to the modern days. 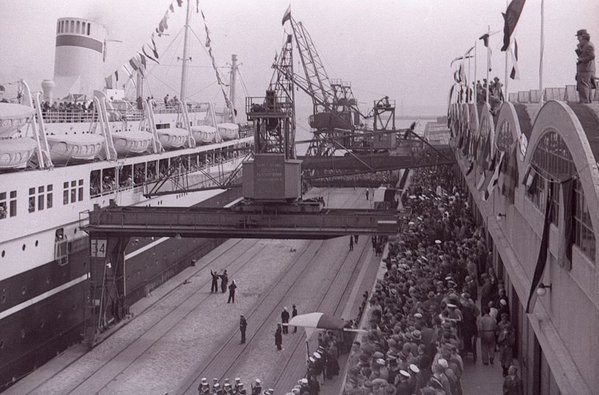 At the heart of the Emigration Museum is a permanent interactive exhibition presenting the history of Polish emigration to the United States, the major destination for many years, as well as Canada, the United Kingdom, Belgium, France, Brazil, Italy and Finland. It shows the way people travelled on transatlantic ships, both on deck and below, and depicts the new lives Poles would embark on in New York, Chicago and the Brazilian jungle. For months now the museum staff have been collecting emigration stories, encouraging Poles from across the world to share theirs. You can still do that by filling in a form available on the museum's website. The stories will be gathered in the Emigrant's Archive. Another project is the Emigration in and of itself campaign, which encourages emigrants to contribute their memorabilia. “Even the smallest object can become an important part of the broad landscape painted by Polish fates,” says the museum website.

It would be difficult to imagine a place better suited for presenting the history of Polish emigration than this seafront structure, designed in modernist style by a Katowice branch of the Berlin-based company Dyckerhoff & Widmann. Finished in 1933 in the space of just one year and located next to the main entrance to the port of Gdynia, the building served as a home base for the G-A-L transatlantic passenger fleet that serviced New York and South American lines.

It’s from here that the Polonia, Kościuszko and Puławski steamers would set out to sea. After 1939, they were replaced by the Piłsudski, Batory, Sobieski and Chrobry.

Refurbished in mid-2014 at a cost of PLN 49.3 million according to design by Kraków-based company ae fusion, the building features an awe-inspiring glass façade with bas-reliefs of Polish eagles that were remounted after being removed during the war. The eagles, made of natural stone and weighing 850 kg, were recreated based on old photographs. In the 1930s, the sculptures made the building a symbol of the Polish state, which prompted the German occupiers to dismantle them along with other Polish accents in the station's interior immediately after capturing the city in 1939.

The architects also recreated an historic gangway those leaving the homeland would use to board the ships. The walkway has symbolic importance for millions of Poles who had to leave the country for economic and political reasons. It is estimated that 21 million Polish people permanently live abroad, which corresponds to over 55 % of the entire population living in Poland (over 38 million).

Memorabilia, installations and exhibitions occupy 2,900 m2 of floor space. They have been arranged in the station, which used to be a transit building until 1979, and in a transit warehouse that’s connected to the main station via a glass tunnel. Wojciech Szczurek, Mayor of Gdynia and one of the initiators of the museum which was officially established in 2012, describes the institution’s mission as helping Polish people and foreign visitors grasp the massive scale of Polish emigration. “We want to commemorate this and build bridges between those who are separated from their homeland for good,” he said during the August ceremony. 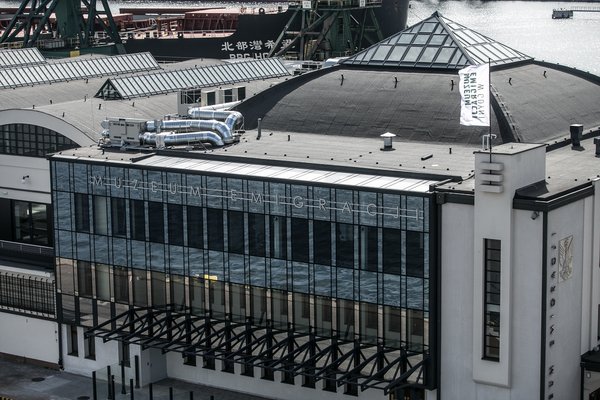 Temporary exhibitions will be mounted in smaller rooms. The building will also house a cinema, a café, a restaurant with a view of the sea, and a space for interesting events and happenings. “The permanent exhibition will address the issue of emigration from the early 19th century until modern times. Emigration will be discussed as a social phenomenon because it’s people who are at its centre, the sociological rather than political factor,” Karolina Grabowicz-Matyjas, director of the Emigration Museum in Gdynia, tells Polska.pl.

Exhibitions, lectures and readings about emigration have been held in the Tricity of Gdansk, Sopot and Gdynia since the museum was established. “For two years we have been staging events in urban spaces and municipal institutions. We reckon that after we’ve moved into our new building, some events will continue elsewhere. We are a migrating museum, we like being in touch with people and changing sceneries. Movement is intrinsic to our activity,” explains Karolina Garbowicz-Matyjas. 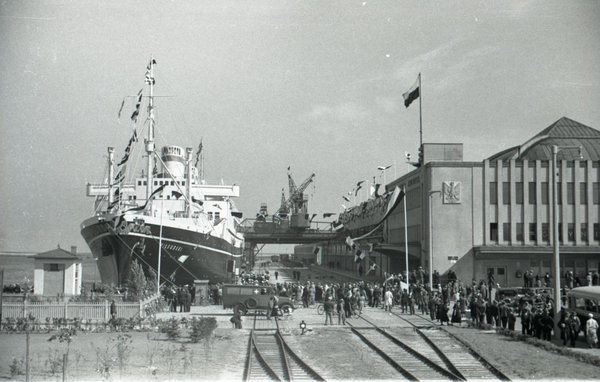 The Beyond the Borders of Art series has so far featured lectures about the sculptor Alina Szapocznikow, who died in 1973 in France, and Jan Lebstein, a painter and graphic artist who also worked in France and died in 1999. In March 2014, the museum screened a 2007 documentary called Gdansk Railway Station. It tells the story of Polish Jews who fled Poland after the events of 1968, when the communist authorities denounced Jews and their alleged promotion of Zionism, which the government viewed as a threat to the political regime of the Polish People’s Republic (PRL). As a result, many Jews lost their jobs, were discriminated against in different ways, and ultimately had to leave.

In late November 2014, as part of the Meeting with the History of Emigration series, Anne Gurnack (University of Wisconsin-Parkside, USA) talked about emigrants from Kashubia who settled on Jones Island in Milwaukee, Wisconsin. Some of the first Polish emigrants in Milwaukee, they found an American equivalent of Kashubian nature on Jones Island, where they could pursue their fishing lifestyle. Today, their descendants cultivate the memory of the Polish island and its Kashubian origins.

“The history of emigration is full of such surprises. We try to bring to light some less familiar stories, and present them in a way younger visitors can relate to. We believe that everyone can find a piece of their family history here, because emigration is part of the history of all Polish people. Everyone has or had relatives who emigrated,” says the director of the Emigration Museum. 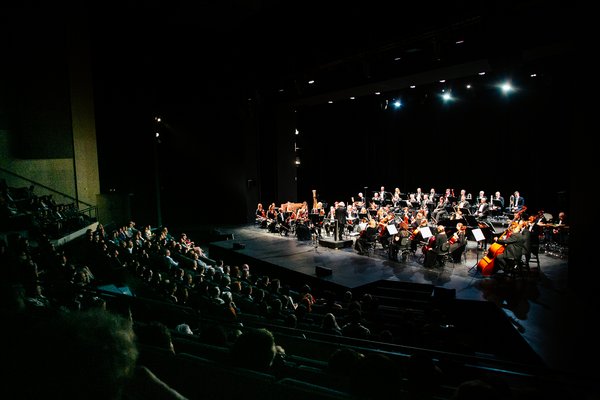 Deck games at the opening of the Emigration Museum

The Museum will be inaugurated at its new headquarters, the refurbished Maritime Station on the Gdynia waterfront, at 6:00 p.m. on 16 May 2015 with a ribbon-cutting ceremony and an  historic aerial photo of Gdynia residents taken from a drone. A concert by Hatti Vatti with guest performances by Misia Furtak and Mika Urbaniak will kick off half an hour later, and an audio-visual show titled Linking Stories will be projected onto the Maritime Station façade every half hour starting from 10:00 p.m. Using 2D and 3D mapping, it chronicles the building’s history and explains the museum’s idea of linking the stories of Poles from different times and places.

That day the permanent exhibition will be open as long as until 1:00 a.m., while the creative zone will be hosting artistic and creative workshops for children and adults from 6:00 to 9:30 p.m. Until 10:30 p.m., the viewing platform of the transit warehouse will be the venue of deck games, a popular pastime on transatlantic liners in the olden and modern days alike. Children are invited to attend screenings of the visual story A Big Journey Across the Big Pond at the multimedia room at 7:00, 8:00 and 9:00 p.m., while film shows are scheduled between 7:00 p.m. and 1:00 a.m. Among the featured movies will be Call of the Sea, a unique picture from 1927.