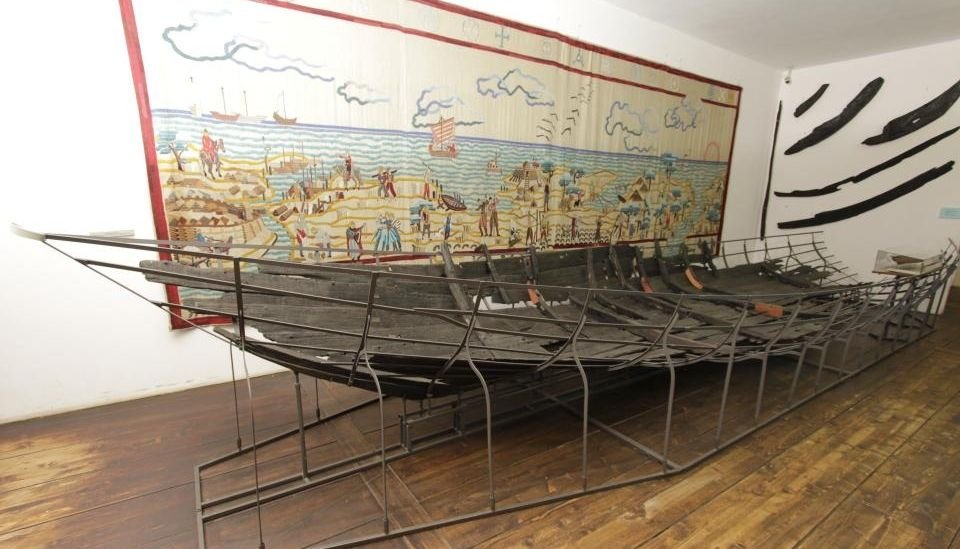 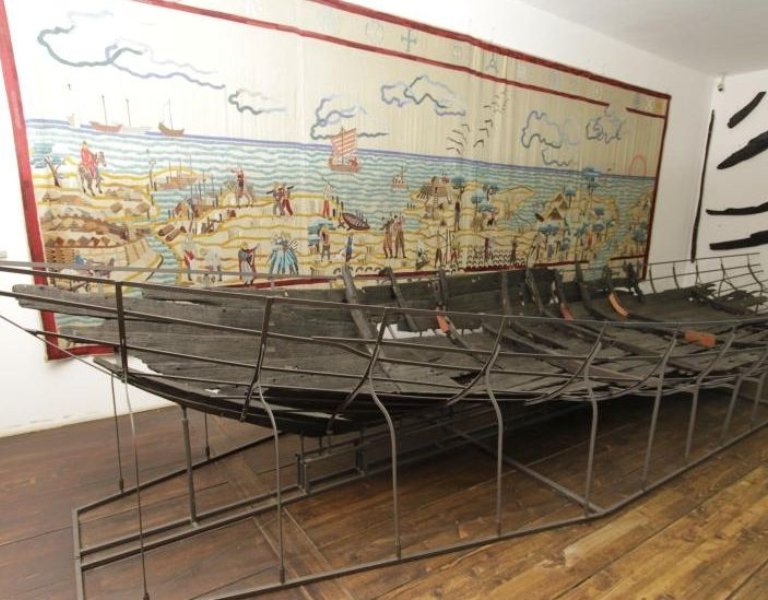 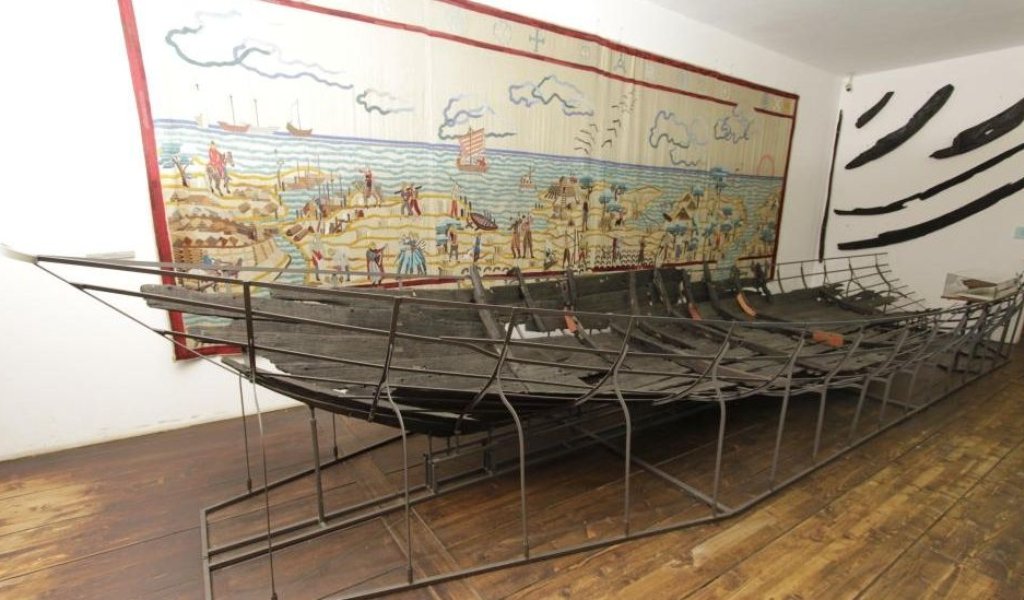 Slavs competed with the Vikings on these boats

Specialists from the National Maritime Museum in Tczew began the reconstruction of the 12th-century Slavic boat salvaged from the bottom of the Bay of Puck.

The reconstruction of the Slavic boat dated back to 1158 began at the Shipwreck Conservation Centre in Tczew, a facility of the National Maritime Museum in Gdańsk. The wreck, designated P-3 by the museum workers, has been salvaged from the mud at the bottom of the Bay of Puck.

"This is a pioneering project" - emphasises Jerzy Litwin, director of the National Maritime Museum in Gdańsk. "We have created a special metal basket that allows for precise positioning of individual structural elements" - he says.

This method will allow to recreate the shape and the actual dimensions of the boat. Viking boats are exhibited in a similar way in Scandinavian museums. Nobody has attempted such a reconstruction in Poland until now. Reconstructions of Slavic boats are also rare. Polish museums have only two such exhibits, one of which was reconstructed before the war.

According to specialists, the use of said metal basket will allow to try to match the keel, plating elements and the frame. Medieval Slavic boat builders followed a different order of work stages. They would build the shell first and then they would embed the frames. The characteristic features of Slavic boats include thin sheathing, wooden pegs and moss sealing. Similar Scandinavian boats were built using iron rivets and animal hair. Unlike the Scandinavian boats, the Slavic boats were flat-bottomed and made exclusively of oak.

The basic propulsion of Slavic boats were paddles. The rowers` seats were placed at the floor level, at a distance of about one meter from each other. The reconstructed P-3 boat also has a mast slot, which allows to insert one mast and set a quadrangular sail. Rudder-shaped steering device was mounted to the aft part of the starboard. The boat crew consisted of 10-12 people. It could carry 2 tons of goods.

The oak used to build the P-3 comes from the Zaodrze forests, which allows to presume that the boat appeared in the waters of the Bay of Puck as a result of the retreat of Slavic tribes from the territories of present-day Germany.

According to Jerzy Litwin, the P-3 boat reminds of an important period in the Slavic history. "In the early Middle Ages, between the 10th and the 12th century on the Baltic Sea, the Slavs were partners and rivals of the Scandinavians, popularly known as the Vikings" - says the museum`s director.

"Our ancestors were dealing primarily with the Danes, with whom they were neighbours, with whom they were fighting, but cooperation and trade also took place. Those were very violent times, because the Slavs were known for raiding the Scandinavian territories. Scandinavian sources show that the Slavic fleets of hundreds of boats would sail to the Scandinavian shores and make dangerous assaults. The Slavs destroyed the competitive port in Hedeby, near Schleswig, which never recovered after the Slavic raid in the 11th century" - Litwin said.

The National Maritime Museum has acquired three wrecks of early Medieval Slavic boats. The exhibition of Slavic boats from the Viking times will to be one of the first exhibitions at the Museum of Marine Archaeology in Łeba. The construction of this museum is scheduled to start in 2019. Completion of the construction work and opening of the exhibition could take place in 2021.