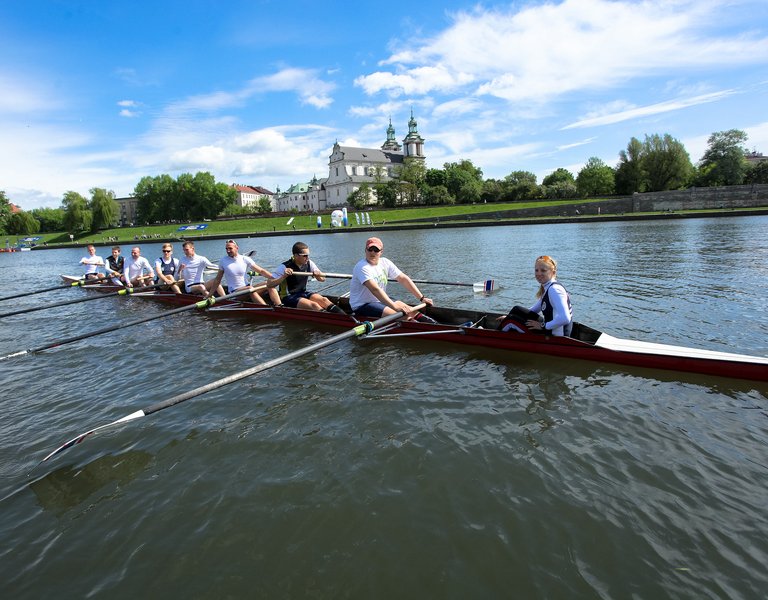 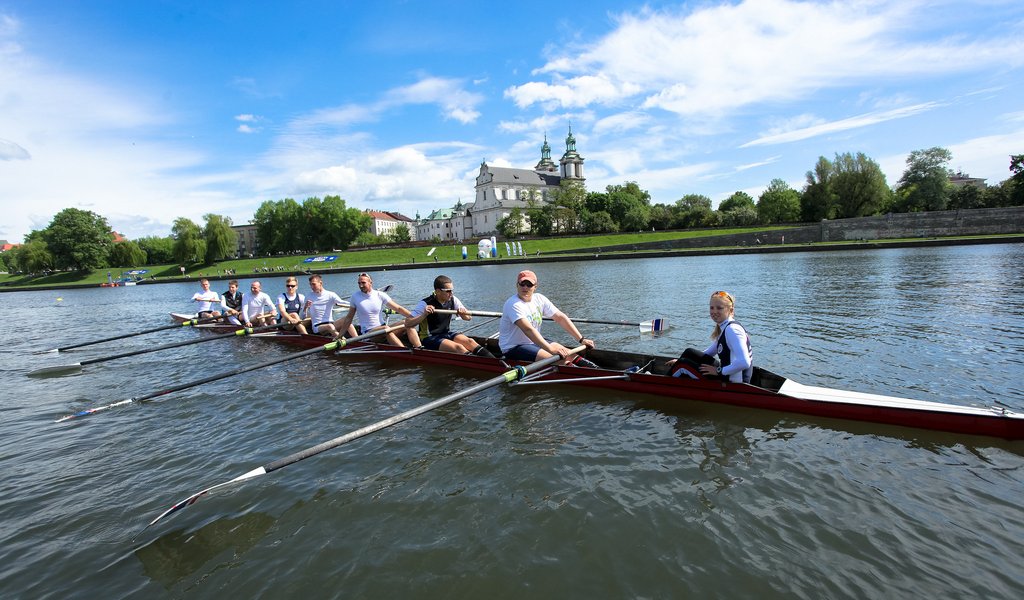 Poland in the blogosphere

A wooden parish church in Barwald Dolny near Wadowice, mentioned in 1326, the ruins of 18-century Puttkamer palace in Karzniczca near Slupsk or the wooden St. Paraskeva orthodox church from the 18th century in Ustjanowa Gorna, in the Sub-Carpathian region, are among the thousands of landmarks popularized for tourists by Ewa and Marek Wojciechowski, authors of Polish-English blog Trips over Poland. 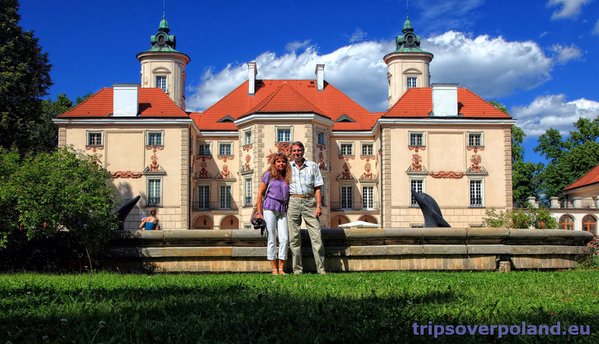 When showing the palace in Zdunowo near Plońsk (not far from Warsaw), they not only talk about its history, which begins in early 20th century when it was built as a residence for Stanisław and Cecylia Jaworowski of the noble Lubicz clan. They also mention that the palace restaurant was listed among ‘’100 Best Restaurants in Poland as One of the Best Palace Kitchens in 2012.” The provide a moving description of the palace: ‘’It was a pleasant summer afternoon when we visited this place. Delicate sunrays brushed the palace walls bringing to light the beauty of its ornamentation, while the park, still exuding a fragrance of dew after sundown, invited us for a walk among the many beautifully preserved trees,’’ they write, and the reader has no doubt where he should plan his next trip.

Ewa and Marek Wojciechowski have been documenting Polish historical landmarks since 1995. That year they decided to better get to know parts of their own country. They started with a trip to Nieborow near Lowicz, where they toured the baroque Radziwiłł Palace and visited the Zamoyski Palace in Kozłowka. "But when we saw what we were passing by on the way, we knew we had to see all of Poland. And since Poland travel guides were in short supply, sometimes to see twelve monuments we travelled over 700 km and uncovered a hundred new sites along the way," Marek Wojciechowski tells Polska.pl. 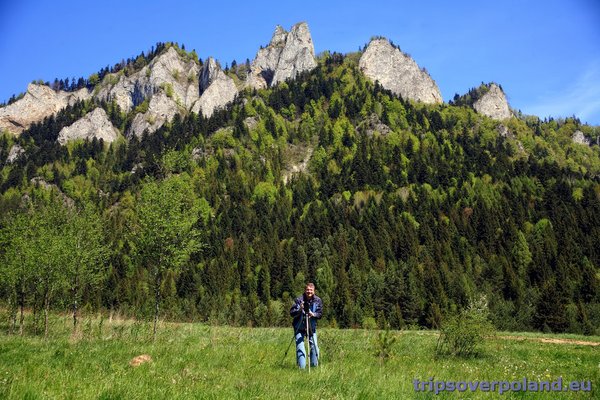 They documented their trips with a camera, which back then was still analogue. Their pictures immortalised well-known heritage sites of the South: Jura Krakowsko-Częstochowska, Opolszczyzna and Lower Silesia. They started uploading their pictures to tripsoverpoland.eu (today trpisoverpoland.pl), and their number grew to over sixty thousand over a dozen or so years. The site registered a million hits – many from abroad. The new site – tripsoverpoland.pl – has had close to 200 thousand visits so far.

On Facebook, the Wojciechowskis also run a website Preserved Heritage Sites in Poland. They use it to collect links to Internet sites of forgotten monuments and places that were restored to their former glory by history buffs. They organize an online voting entitled "Recognized by the community of Preserved heritage sites in Poland", in which internet users give certificates of recognition to sites presented by their owners or administrators.

They are not enviously guarding their photographs. They are sharing them under a Creative Commons licence, which allows Internet users worldwide to use the pictures however they please as long as they provide the source. Today, their photographs adorn a couple of thousand Wikipedia entries. "If we want to promote the most beautiful places in Poland, it would make no sense to ban people from using them," Marek Wojciechowski explains. 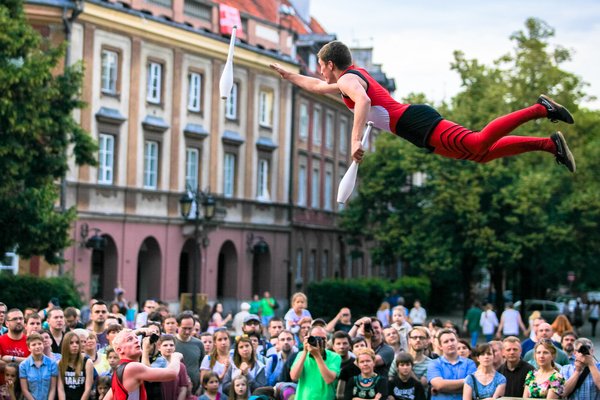 Blogs about Poland in English:

Fotoraport shows a different face of Poland in its photographs – the blog of photo reporters of the biggest Polish journals who upload their photo stories – told by a single photograph accompanied by a short caption. The caption is both in Polish and English. This is their way of trying to preserve press photography, which has been slowly giving way to agency illustrations and amateur photography lately. 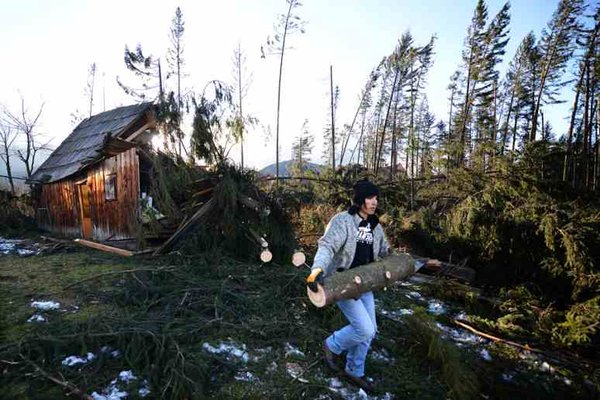 Fotoraport is a valuable source of knowledge for foreigners who want to learn about Polish everyday life. The authors, and among others: Ludmiła Mitręga, Jacek Łagowski, Mariusz Forecki and Łukasz Głowala show people in their ordinary and extraordinary roles. On 22 November 2014, Bartłomiej Jurecki photographed a doe (Wanda) peeking into a store for Tygodnik Podhalański. The store was being visited by her caretaker – Mister Stefan. A week earlier Jacek Zych photographed a couple on their way to Krakow. What really charms the average viewer are the summer photographs, e.g. those by Bartłomiej Jurecki depicting a homeless woman (Miss Hanna), who sits with her belongings in the middle of Rondo Solidarności. She was photographed from behind pink flowers. With funny glasses saying ‘’Ti Amo’’ and in her pink hat, she is a really colourful addition to the scenery.

But Fotoraport (which was founded on 11 November 2013, Poland’s Independence Day) also records Polish customs and traditions. A picture by Marek Lapis shows artists and stilt walkers during joint Independence Day and Saint Martin’s Day celebrations in Poznan, and the photograph by Piotr Połoczański portrays members of Gryf, a men’s society of singers from Trąbki Wielkie, singing patriotic songs in Gdańsk.

They photographs also show Poles’ religiousness like Adam Wykrota’s picture taken on the night of 11 April, 2014, near Mościszki, in the Wielkopolska province. The author shot a picture of people who walked 44 kilometres through the Extreme Stations of the Cross or a person like Stach who lives in an adapted outbuilding in Sobibor, one of Poland’s poorest regions, after his house had burned down. 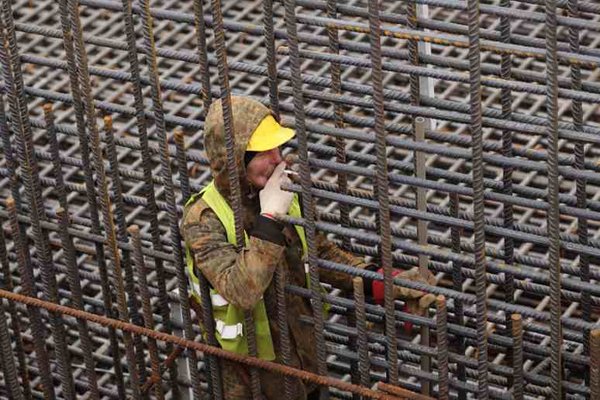 “Our actions are meant to make the public aware of the importance of the work of photo reporters and documentary photographers. Thanks to the bilingual form of our project, we inform foreigners about Poland. We want to show the country in a good photograph, explains Ludmiła Mitręga from the Photo Reporters’ Association, the founder of Fotoraport.

While Trips Over Poland offers itineraries for sightseeing the most attractive sites in Poland in the shortest possible time, Fotoraport shows places and situations for the traveler to discover. Both projects are supported by traditional travel websites on different Polish regions. Tourists can learn about the many attractions offered by Hajnowka and the Białowieża Primeval Forest famous for its European bisons from the Podlasie region’s official website. But Trips Over Poland will offer them tips on what to see along the way like the village of Osowiec with its famous fortress that hold out against enemy forces for a very long time during the First World War. A tourist is likely to learn about Western Poland’s love for speedway from the official website promoting the Lubuskie region, but Fotoraport will tell him that the Silesians are also great fans of the sport, as shown in a photograph by Michał Legierski, which depicts a Rybnik resident climbing over the fence, to watch a speedway match (Poland versus the rest of the world) without paying for the entry ticket.