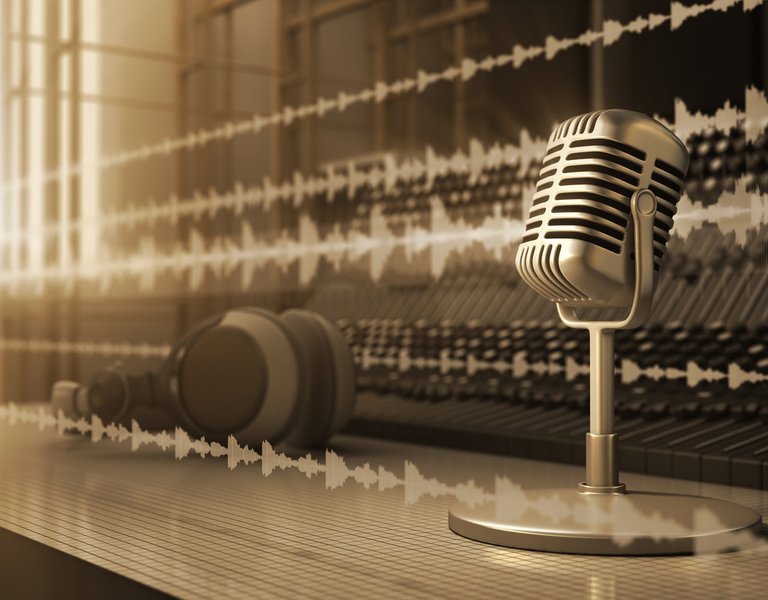 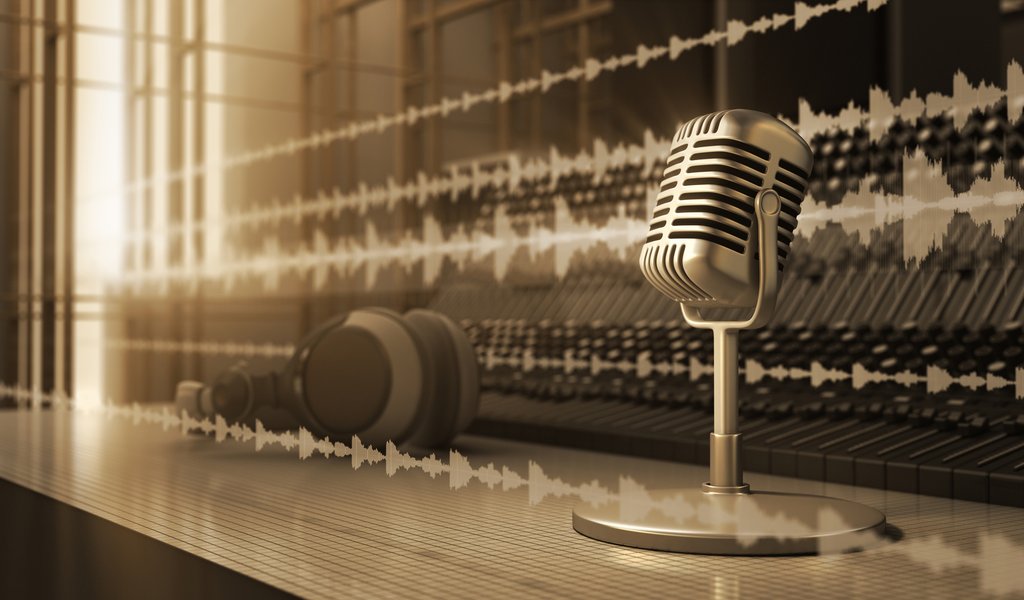 Polish companies that specialise in audio play production - novels read by many actors, with music and sound effects - are conquering the world markets. A unique feature on the Polish market are audiobooks based on comic books.

It all started with radio plays. In a gloomy reality of the Polish People's Republic, before the era of television began, whole families gathered in front of the radio to listen to the fate of two Polish families. The first one was The Matysiaks (Matysiakowie), a record-holder in Europe when it comes to broadcast length, it has been on the air (Polish Radio One) without a break since December 1956. Over the course of 58 years, the best Polish screenwriters and actors created over three thousand episodes.

Four years later, a counterpart to The Matysiaks was created, W Jezioranach, telling a story of a fictional village of Jeziorany located between the towns of Puławy and Kazimierz Dolny, and its inhabitants. The village is located in Lubelskie voivodeship. The series has gone on the air in Jedynka or Polish Radio One every Sunday for 54 years, with a break for the years 1981-1983, when the actors boycotted their work due to the declaration of martial law in Poland. 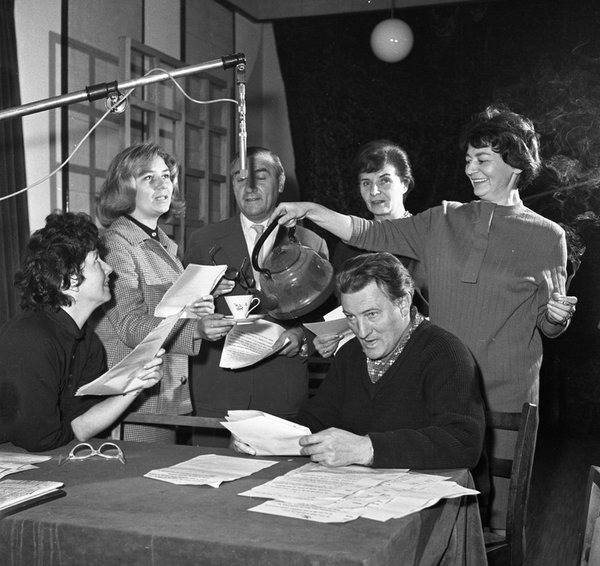 In spite of the above, W Jezioranach offers impressive statistics – 2780 episodes in 52 years. Apart from the series, the actors record feature radio plays for the Polish Radio Theatre. The archived recordings can be found on the Internet.

Poles raised on radio series were keen to reach for audiobooks. Modern 30-year-olds not only buy the plays they listened to on record players – e.g. the Moomins series, read by Krzysztof Kowalewski, but also the newest published works they listen to in their car players. For some, this is the only way to get in touch with literature.

Recently, when Poles’ infatuation with television, video and DVD subsided, they have been going back to radio plays. A unique feature on the Polish market are such plays based on comic books. Warsaw studio Sound Tropez founded by Michał Szolc has mastered the skill of recording them.

“I wanted to do something special, something that wasn’t done on the Polish market by anyone before. Abroad, mainly in the USA, only a few prepare audio plays based on comic books,” Michał Szolc, the president of Sound Tropez, told Polska.pl. “In Poland, it was a great experiment, because I had no idea if this form is going to be well-received. Turns out the reception was great.”

Polish Radio is the undisputed master of the theatre of imagination, which is what radio plays are often called in Poland. 2015 marks the 90th anniversary of public radio in Poland. The first Polish radio play was broadcast live back in 1925. It was the adaptation of Warszawianka by Stanisław Wyspiański, a play recounting the November Insurrection of 1830-1831.

Sound is the sole medium of radio plays, and many of them are written specifically for radio purposes. Radio dramas combine acting, acoustic effects and musical illustration. They are more than just sound adaptations of novels. Polish Radio’s audio dramas have won many Prix Italia awards, which are considered the radio equivalent to the Oscars.

Since 1936 Polish Radio has been broadcasting in foreign languages as well. Today you can use Polish Radio’s internet service and listen to its programmes in English, Russian, Ukrainian and Belarusian by visiting the website www.thenews.pl.

Among the comic books recorded by Sound Tropez are such hits as Thorgal, Kajko and Kokosz, Conan the Barbarian, The Witcher: House of Glass, Funky Koval, and The Walking Dead.

“The Walking Dead was the first title we worked on. Actually, we thought the basis of the series was a book, but it turned out to be a comic book. After a short period of hesitation, we decided to convert it to a fully-fledged audio play complete with actors, music, background and action sound,” says Michał Szolc.

It turned out that to register some of the sounds surrounding the zombies in the comic book, unusual items  proved indispensable for the recording studio, such as: celery and leek, the breaking of which successfully imitated the breaking of extremities; or cabbage that was sliced with an axe when a skull-ripped-open sound was needed.

Eminent Polish artists take part in the recordings of radio plays at the Sound Tropez studio. Among them: Sonia Bohosiewicz, Jacek Rozenek and Jarosław Boberek in Thorgal. Creating an audio play from a comic book takes the Sound Tropez studio about half a year – from the beginning of working on the script, all the way to its montage.

Sound Tropez began expanding to French and Spanish markets. In the upcoming weeks there will be a premiere of The Walking Dead audio play in Germany, which is Europe’s biggest audiobooks market.

Audioteka also bases its business on audiobooks and radio plays. Just like Sound Tropez, it is expanding its reach into global markets. After the Czech Republic, France, Germany, Sweden and Italy the time has come for Spanish-speaking countries – not only Spain, but most of all huge Mexico, Argentina, Chile and other Latin American countries. Audioteka was founded in 2009. Under the extension audioteka.mx, .ar, and .cl, it is winning the hearts of overseas listeners. In 2005, the company entered the Turkish and Brazilian markets.

The business success started with a Narrenturm audio play, based on the book by Andrzej Sapkowski, first part of his Hussite trilogy.

“We invested more in it than we had turnover. With our super-production, we wanted to attract the attention of as many listeners as possible. This utter insanity paid off – it was a milestone in Audioteka’s development,” says Audioteka’s head Marcin Beme. The next production of the company was a 14-episode Święty Chaos (‘Holy Chaos’), based on the book (or rather a multi-novel) by the well-known director Cezary Harasimowicz. “Świety Chaos was the first attempt at creating a narration method for the Internet. Even though the Freemantle company quickly bought the rights to Święty Chaos, I was left with Polish rights, therefore it was possible for me to create a radio play, before the traditional book. Its director was Krzysztof Czeczott, who gathers prizes comparable to radio’s Oscars,”  says Cezary Harasimowicz. He then adds that the novel was brilliantly converted to the language of sounds, because, as the director, he just cannot get rid of certain screenwriting habits.

Big audiobook and radio play productions involving many actors, music, and sound effects, became Auditeka’s quality sign. In later super-productions, it reached for world bestsellers, e.g. A Game of Thrones by George R.R. Martin. 130 actors took part in the project, for which Audioteka got a prize –  a Golden Duck. “We recorded a Cockroaches super-production by Jo Nesbo, to which we completely provided sound in Bangkok, where the novel takes place. We sent our production team and a composer Wojciech Mazolewski there” says Marcin Beme. “I believe our super-productions ensured we have new clients and many new, devoted Audioteka fans. Our user base is constantly growing, be it audioteka.pl, audioteka.es or audioteka.de, and in other languages” adds Beme.

How Polish Audioteka is conquering the world

Polska.pl: Where did you get the idea for Audioteka from?

Marcin Beme, the head of audio play service Audioteka: The story is really, really simple, it usually is in most of these cases. My friend who is professionally associated with the Polish Radio, asked me some time ago to help him with the idea of publishing a collection of audiobooks on CD from the Polish Radio archives. My wife, Kasia, blurted out that I ought to do this on the Internet and I thought about a comprehensive solution, something along the lines of Netflix, that would simultaneously be a channel of distribution and the content producer. Nobody was doing this back then, there was a niche on the market, which meant the idea was a risky one – it could have been a great success or a huge flop. Me and K2 company started Audioteka in 2009. There were three people in the office then. Today, after buying back the shares of K2, we operate on the international market and have three million registered users.

How does this work?

The model is simple – Audioteka is a kind of modern library. The only difference is we sell our books in audio and digital versions to listen to on our applications. Just like in every library, one must pay for the book, but access to volumes is faster and more convenient because it is a click away. We put our money on quality. Audioteka does not earn money from commercials, but rather from high quality digital content in audio format. We offer around 25,000 books in the whole world: 8,000 in Germany, 4,500 in Poland, 3,500 in Sweden, over a thousand in France, and around 800 in Spanish-speaking countries.