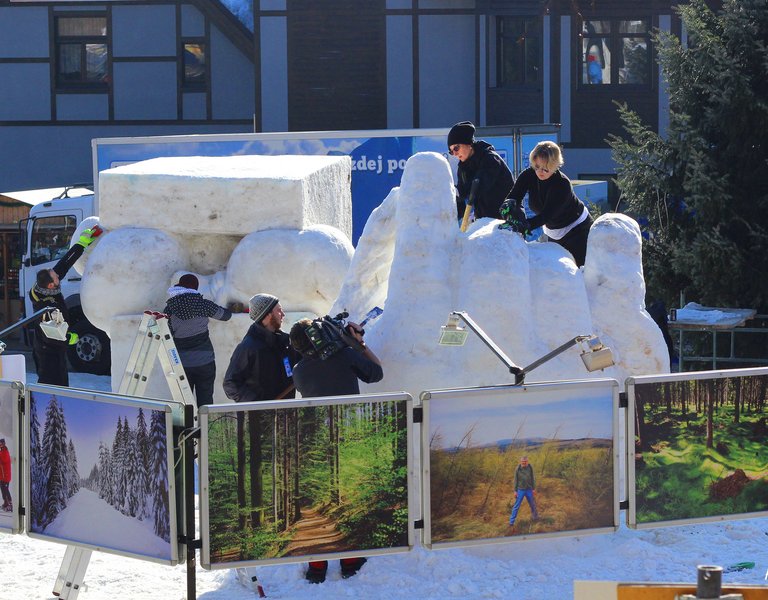 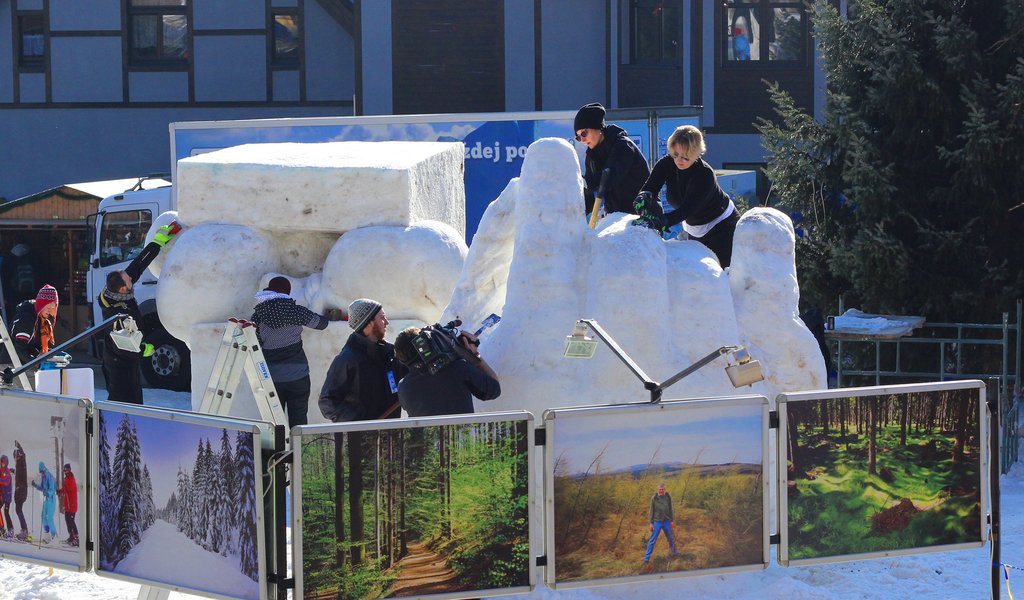 Every detail is important. Snow crushed into very dense giant cubes is transformed into fairytale figures and geometric structures. The Sapporo Snow Festival held in February will include snow sculptures from Poland, such as “The Spirit of the Karkonosze Mountains”.

“The very process of creating a sculpture is exciting. A block of snow is unpredictable. You can never be sure whether you will manage to achieve what has been planned in the design,” says Maria Misztal from Szklarska Poręba, who will represent Poland as a member of “Jaromiry”, a three-person strong team competing at this year’s Sapporo Snow Festival, an international snow sculpture competition which starts on 3 February. The Polish team will have four days to work on their snow sculptures at a Japanese winter sports centre. 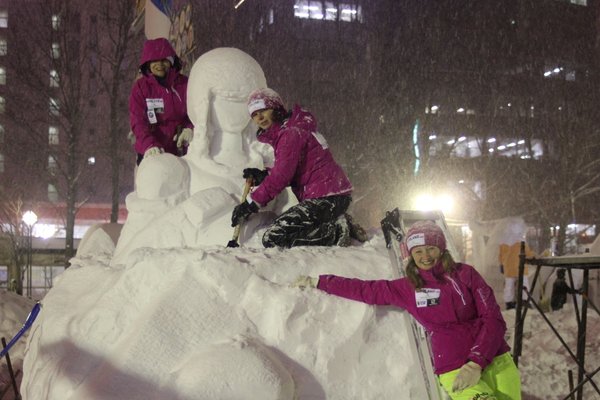 The rules of the Japanese festival are extremely strict. A finished sculpture must be the same as the previously presented design. It can be up to three meters high. Works of art made out of snow consist of very dense, giant cubes. To halve such a snow cube measuring 3x3x3 meters, it is necessary to use barbed wire. “The cubes are prepared much earlier. For many days, snow is alternately melted and frozen, which makes it incredibly dense and hard. We are allowed to work on our sculpture for four days from 9 a.m. to 9 p.m. To reach the upper part of the sculpture we have to use specially arranged scaffolding and ladders,” explains Maria Misztal. The Sapporo Snow Festival is visited every year by more than 2 million tourists. The main street in the city – Odori Park Street – is filled with sculptors from all over the world. They work there meticulously on their snow creations. 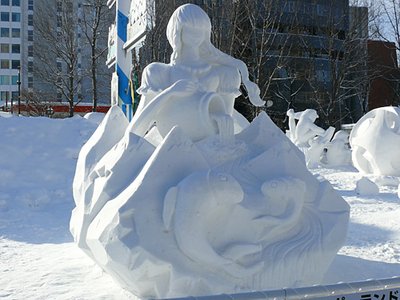 Maria Misztal, Justyna Graf and Grzegorz Pawłowski make up the Polish team that will go to Sapporo with the design of a sculpture entitled “The Spirit of the Karkonosze Mountains”. Two years ago, the team from Szklarska Poręba made a sculpture in Sapporo called “The Mother Nature Filling with Water the Karkonosze Valleys”. “Designs intended for the festival in Sapporo should be associated with Poland, with our region, to make it more familiar to foreigners. This year’s Spirit of the Karkonosze Mountains will be a funny and playful figure listening to stories about the mountains,” Misztal reveals. The team will compete in Sapporo with sculptors from 11 countries, including Australia, Korea, Finland, Malaysia, Singapore and Thailand. Last year, Poland was represented in Sapporo by Snow Art Poland, a team from Katowice (Tomasz Koclęga, Piotr Muschalik and Piotr Proba). The sculpture made by them in the Odori Park Street was named “Touch-and-go”, and depicted a man determined to achieve his goal, refusing to give up in the face of adversity. The Polish team placed fourth in the competition.

Snow sculpture festivals are popular not only in Japan. Every February, Poland’s Snow Sculpture Championship called “Śniegolepy” is held in Szklarska Poręba. This year’s competition starts on 11 February. The festival consists of professional competitors – teams from Academies of Fine Art from six cities in Poland – as well as enthusiastic amateurs.

“Every year, participants show remarkable creativity and turn snow into very complex and interesting sculptures. Sometimes these sculptures are very symbolic, sometimes these are interesting geometric forms. References are often made to the history of winter sports, skiing, the spirit of the local mountains. Until now, we used to come up with the theme of the competition, but this year we have left it to the creativity of the competitors,” says Anita Kaczmarska, Director of the Municipal Center for Culture, Sports and Local Activity in Szklarska Poręba. 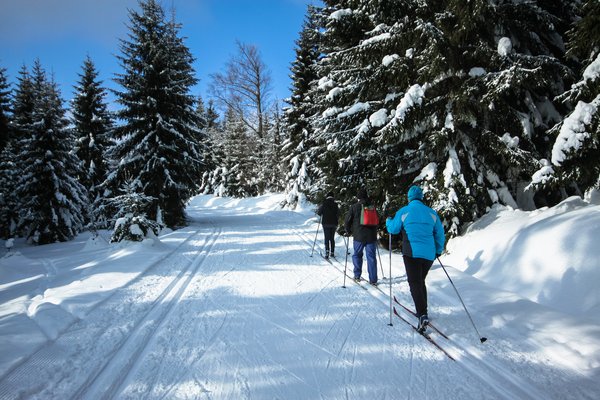 By using saws, scrapers, spoons, knives, machetes, and even shoehorns, the competitors meticulously form snow sculptures in accordance with the previously provided designs. “Piles of snow in Szklarska Poręba have a completely different structure than those in Japan. As winter here is milder, snow cubes are not that hard. It is easier to cut them, but we can never be sure whether we will manage to carve the planned details. One day it is frosty, but the next day a thaw comes and the snow begins to disintegrate.  Then we have to modify the design,” says Maria Misztal. The “Jaromiry” team has competed in the amateurs’ category since the first edition of the competition, placing first four times. “At first, I encouraged my children to participate in the competition, as I thought that shaping snow into different forms is great fun for children. Then it turned out that it is not only fun, but that it can also be done in a very professional way,” says Misztal, who works as a kindergarten teacher. Every year, she organises snow-sculpting workshops for children in her class.

Sculptures competing in Poland’s Championship must be made of neat and clean snow. Before the competition, such snow is brought by trucks to the centre of Szklarska Poręba from, among others, Polana Jakuszycka, which is also famous for its excellent cross-country skiing trails. Huge piles are then prepared to be turned into various shapes by sculptors. “Finished sculptures can be preserved for even up to two weeks. They beautifully adorn Szklarska Poręba. After dark, all competition works are lit glamorously by colourful spotlights Anita Kaczmarska says.