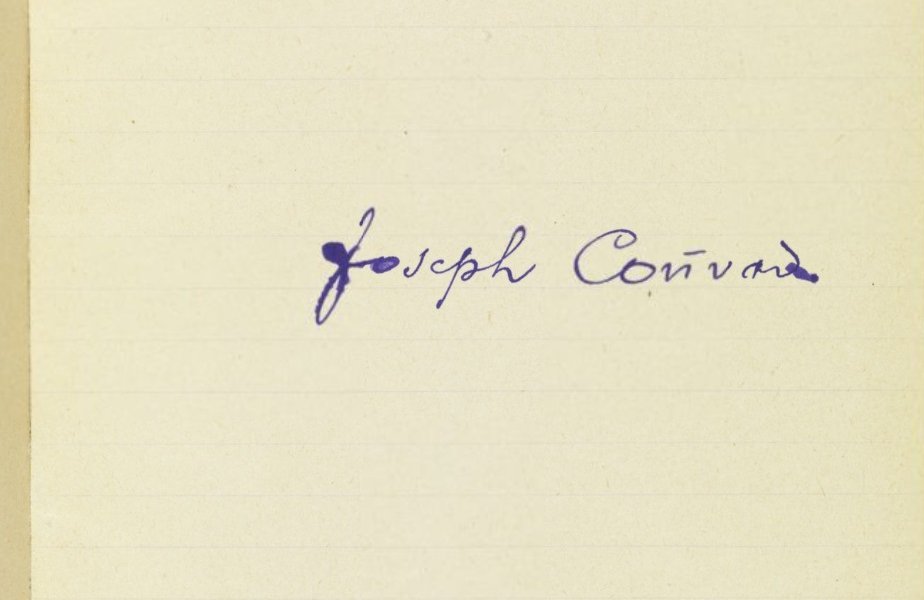 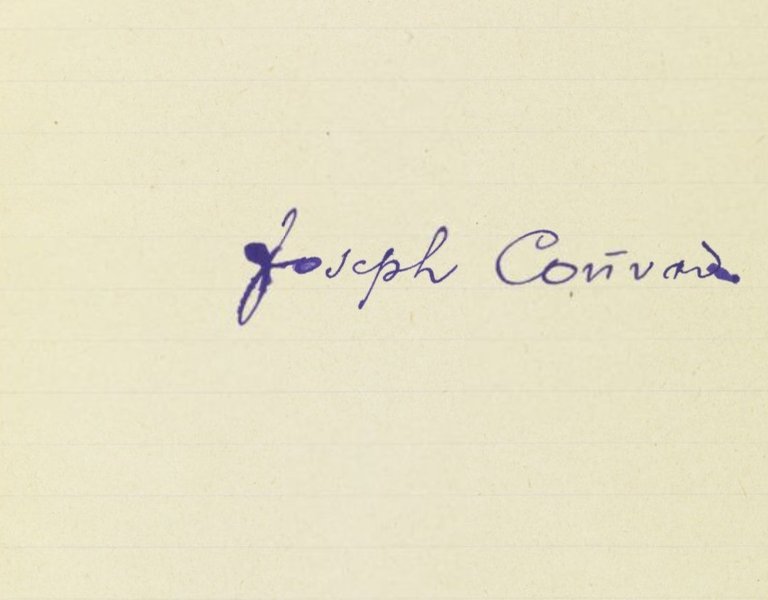 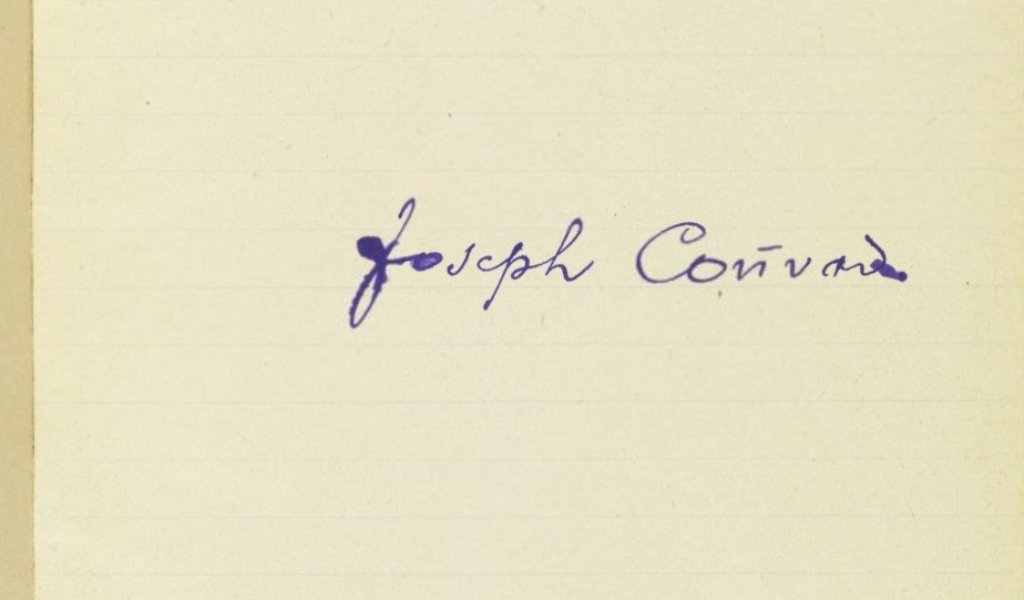 A new dispute over Conrad

KRZYSZTOF MASŁOŃ: The Year of Joseph Conrad has been launched, marking the 160th anniversary of the birth of the author of Heart of Darkness. It was inaugurated with a concert by the Aukso Chamber Orchestra of the City of Tychy in Warsaw’s Teatr Polski (Polish Theatre). It was an exceptional concert…

KRZYSZTOF KOEHLER: The orchestra performed the first Polish recital of Bronisław Kaper’s score of Richard Brook’s 1965 film, Lord Jim. Kaper, who passed away in the 1980s in the US, was born in Warsaw. He made his career overseas, composing music for 150 films (he won an Oscar for Lili), including famous productions such as Mutiny on the Bounty, The Brothers Karamazov, and Lord Jim. We wanted to take advantage of the Year of Joseph Conrad to remind everyone of this important figure in Polish culture.

Joseph Conrad wrote in English and is globally considered as an English writer. Even in Poland, his Polish roots are not known to everyone.

This is why during the Year of Joseph Conrad we intend to spread knowledge about Conrad and his work both in Poland and the United Kingdom. We have a natural ally here, Arkady Rzegocki, the Polish Ambassador in London. Before his nomination, he took part in preparatory work for the Year of Joseph Conrad as a professor at the Jagiellonian University. We work closely together with the Polish Cultural Institute in London. We seek to carry out some specific projects in Great Britain during the Book Fair which will feature Poland as a Market Focus country. However, I will not go into details now.

How about Conrad festivals in Krakow? How do they fit in with the events marking the Year of Joseph Conrad and to what extent does The Book Institute take part in these events? 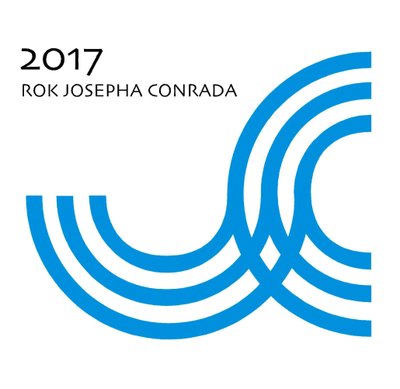 There have already been eight editions of Conrad festivals in Krakow. They are organized in Krakow by the Tygodnik Powszechny Foundation and the Krakow Festival Office. Their agenda is very interesting. The Book Institute is co-creating the children’s module at the festival. A Book Institute representative takes part in the work of the jury, which chooses the literary debut of the year. Just to remind you, this year the Conrad Award went to Żanna Słoniowska.

In 2016 the Ministry of Culture and National Heritage launched a 2017 Conrad programme, which is put in place by The Book Institute. The deadline for projects was (the) end of November. More than 50 projects were filed by diverse institutions, organisations and foundations. The work of independent experts is about to start after the culture minister nominated them at our request. We followed the same procedure for the Year of Henryk Sienkiewicz and the Year of Czeslaw Milosz.

What is your budget and were there any financial limitations to submitted projects?

As always, projects are analyzed from different angles: we take into account both their content and their formal and legal aspects. The Conrad Year budget covers over three million zlotys.

How have the British reacted to our plans to show Conrad as not only a British writer?

Nobody’ s going to rebrand him as a Polish writer. But Joseph Conrad, whose original name was Józef Korzeniowski, was a Pole, a fact that is ignored by a great majority of Lord Jim readers. We met the British Council management, its Literary Director Cortina Butler, at the Frankfurt Book Fair and we discussed how to make the best use of the Year of Joseph Conrad. As our ambassador has strongly emphasized, it is important to us that the events marking the Year of Joseph Conrad in Poland resonate in England as well. We would also very much like projects related to the Year of Joseph Conrad to be carried out in the United Kingdom. We are in full agreement here.

Why would the British want to share Conrad with us?

Contrary to appearances, they have a good deal of reasons to do so. What I mean is not only Brexit, but also the recent attacks against Poles in Great Britain. I think that the British have a much more serious approach to these incidents than we do. It is worth remembering that Poles are a significant minority in Great Britain, they belong to the most numerous group of foreigners living there, numbering close to a million. One cannot ignore such a huge potential, also on the market, so one must now reflect on who these Poles that we know so little about actually are. The thinking part of British society is ashamed of the perpetrators of the attacks that took place on the British Isles. They are aware that a change in attitude towards Poles is crucial here, they understand that one should talk about the Poles, portray them, explain who they are and understand their historical background. The fact that a major British novelist was of Polish origin squares with this line of reasoning.

How would you bring Conrad closer to a reader who, let’s say, does not have a Masters of Letters degree?

We put high hopes on cooperation with TVP Kultura, which will no doubt broadcast a series of Conrad films and TV theatre plays which were created in the 1970s…

And earlier on, if we go back to the Evenings with Conrad, that were famous several decades ago.

Obviously. But there were also some interesting performances in later years. I have in mind here for example The Secret Agent, produced by Michał Komar…

Zygmunt Hübner staged the play Spiskowcy (The Conspirators) in the Teatr Powszechny, based on on Joseph Conrad’s Under Western Eyes. The performance was later adapted for TV theatre.

There are quite a few such works, not only The Shadow Line of Andrzej Wajda, which is best-remembered. I also hope that we will manage to finalize the new staging of another one of Conrad’s work on TV theatre. We would also very much like to produce a Polish documentary on Conrad. It goes without saying that it would be our dream to create it as a co-production between the TVP and BBC. The BBC is right now making, or has just made, a TV series based on The Secret Agent.

The Year of Joseph Conrad is an ideal moment to focus on the translations of his works. We would moan for years about the archaic translations of Aniela Zagórska. Then new ones appeared – I remember Lord Jim translated by Michał Kłobukowski, but it seems to me that we do not have much to boast about.

Maybe it is not that bad. We have five translations of Lord Jim. Zagórska’s translation was preceded by the translation of Emilia Węsławska. However, compared to the Italians who have 11 various translations of Conrad’s work, we still have a lot to do. Of course, it is easier said than done, but new translations, which naturally involve long-time work, should obviously come come about as a result of the Year of Joseph Conrad. Re-translating the Conrad magnum opus would be a sign that this writer has become important again. It is obvious that The Book Institute will assume patronage over such actions and endorse them. 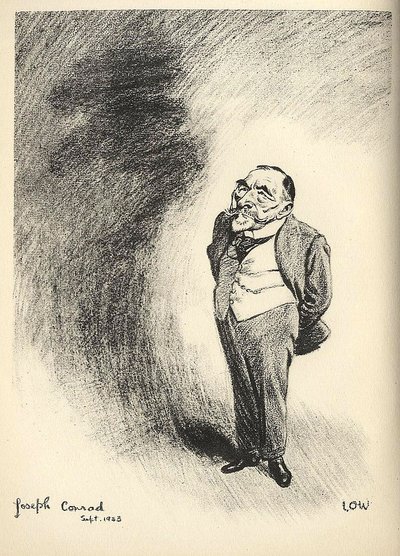 Joseph Conrad’s work initiated probably the most important literary discussion in post-war Poland. The young generation does not know it and the old one has already forgotten it. In a nutshell – Conradian values were mentioned then in the context of communism and the Home Army. We live in different times, but I have an impression that in some bizarre, metaphysical way, the dilemmas of Conrad’s characters have once again become Polish dilemmas.

This is because once again reality confronts us with the need to stay true to our principles, which are questioned so often nowadays. When we look at the reality of art, also the art of the written word in the 21st century, we repeat Conrad’s famous words on being faithful to “a very few simple ideas; so simple that they must be as old as the hills” or his definition of writing as “a single-minded attempt to render the highest kind of justice to the visible universe, by bringing to light the truth, manifold and one”, we are automatically entering a new dispute over Conrad. The theses of the writer from England sound proud and strong enough to spur a major debate on the duties and tasks of an artist. The author of The Secret Agent bets on faithfulness, just on axiology. I hope that during the Year of Joseph Conrad his clear, pure voice will sound with its rightful force.