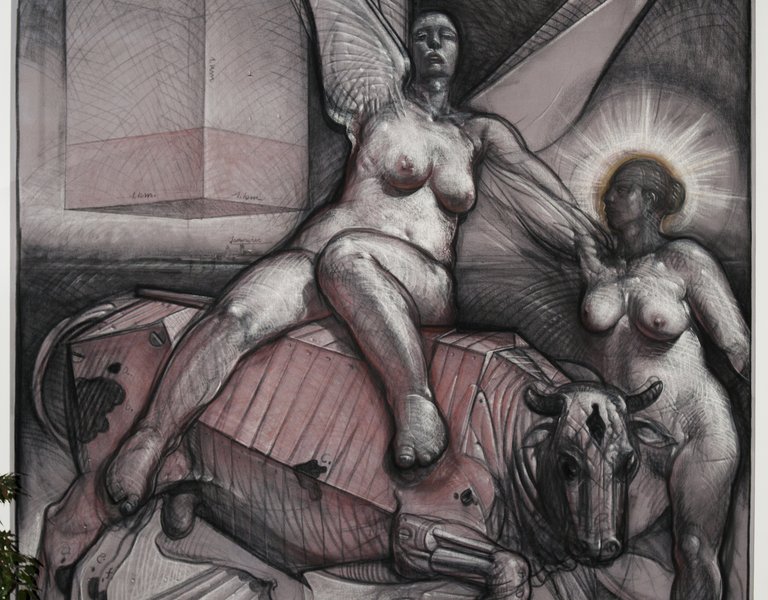 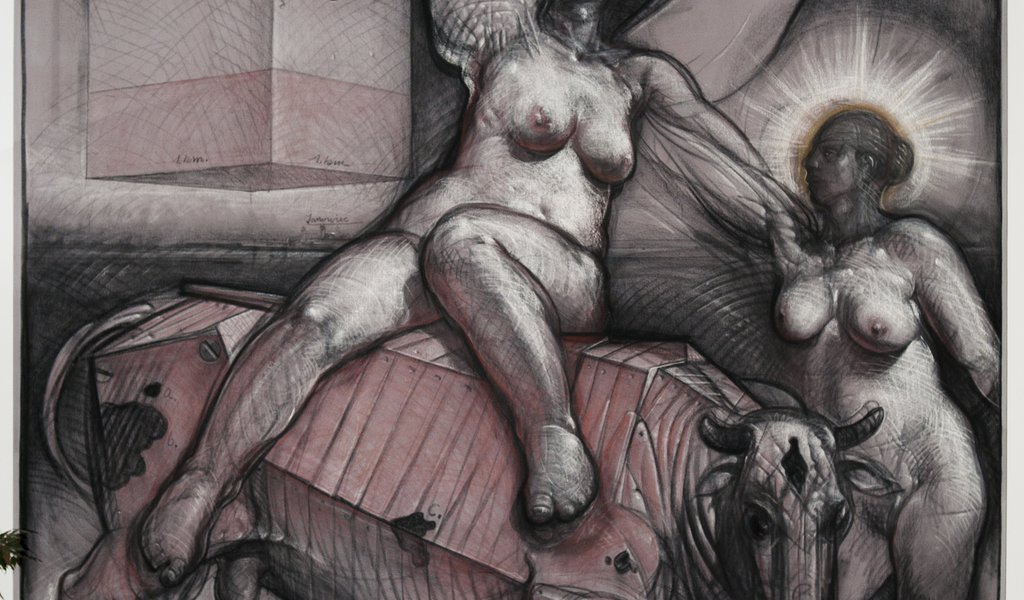 Time is of the essence; this is fundamentally true when considering human history and noting not only the temporality of historical events with its causal implications, but also that history’s actors and its chroniclers and commentators are caught up in this inescapable web. They are always looking at the present through the lens of the past and with an eye on the future.

When considering the essays on Polish thinking about what a federated or united Europe might mean to Poles, it is wise to keep in mind the dates that these essays were composed and published. Most of them were written between the mid-1930s and 1960.

Given the way the tumultuous and destructive twentieth century in Europe focused the attention of the authors in this collection, their particular advocacies about how to deal with the coming future were often about “things to be avoided” as much as “things to be desired.” The recent past was the whip, the prospects for a better future the carrot. For Poland the whip was a scourge with two very large knots: Germany and Russia (or the USSR), each of which presented the problem of attempting to either reduce post-1945 Poland in size (border revisions) or subordinate it politically, culturally, and economically. As Alexander Bregman put it in his 1963 book Polska i Nowa Europa (‘Poland & New Europe’), excerpted here in translation, a European union is desirable to Poles depending on its answer to the following questions: “First, will the unification process increase or decrease Poland’s chances of regaining independence, of eliminating its dependence on Russia? Second, will the process increase or decrease the potential menace from Germany?”. 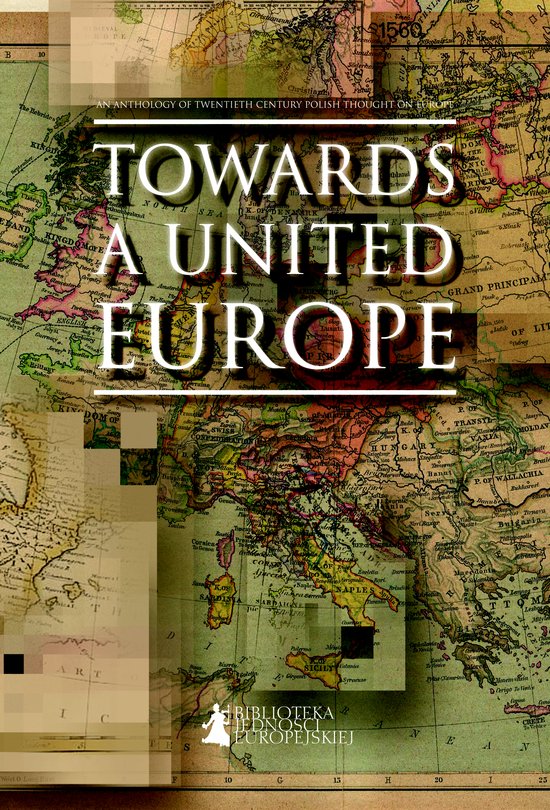 The USSR succeeded in political and economic but not cultural suppression, while the possibility of Germany pressing for border changes was hedged by the knowledge that it could not do this without the approval of the larger Western alliance to which it belonged. In point of fact, the German issue was resolved rapidly and to the satisfaction of Poland during the tense period immediately following the unification of the DBR and the DDR. It can be said that Poland’s “grand eastern strategy,”* which entailed giving up historical claims to any portions of the existing Lithuanian, Belarusian, and Ukrainian states (whether as Soviet republics or soon-to-be independent nation states) implied that Germany would have to do the same with respect to Poland. This approach also averted an EU “expansion crisis” that would arise from multiple competing border claims, thus setting a precedent and smoothing the path for Poland’s and other Eastern European nations’ entry into the EU. Here Polish thinking was more progressive and less skeptical than that of the West. The policy worked, spearheaded by the efficacy and persuasiveness of Polish diplomacy on just this point. But that is the happy temporary end of one story, while the anthology under consideration was written by persons responding to very different realities. During the period 1918–1989 Polish public intellectuals who pondered the possibilities and prospective nature of an ill-defined European political entity of which they might be a member advanced views that were heavily conditioned by the disastrous events of the period, especially World War II and its aftermath.

The history of recent views often has a prehistory of older views because intellectuals are always looking for meaningful precedents from their nation’s own distant past as either validation or inspiration. Unknown to many outsiders but of primary relevance to Poles in this respect is the long and tangled history of their own once-mighty state, the Polish-Lithuanian Commonwealth that dominated central and eastern European politics for almost three centuries. This was a realm in which Polish culture and language set an elite standard to which the leadership class of other nationalities conformed and assimilated. Between 1795 and 1863 and during the Second Republic (and even thereafter) the Commonwealth’s political arrangements could be viewed as a federal template for current and prospective arrangements among the diverse nationalities that inhabited the territory of the once and future Polish state; this was the Piłsudski preference, opposed by the National Democrats. However, given the growing power of the idea that a citizen’s primary identity should be an ethnolinguistic one, with each ethnolinguistic unit ideally forging its own sovereign nation-state, this option was bound to run into complications and conflicts for which there were few acceptable solutions for all parties concerned. That notwithstanding, the broader federal idea of Poland creating and leading a closely bound regional federation of states that would sacrifice some of their sovereignty to a common organization regulating economic, diplomatic, and some internal political affairs is an idea that appears throughout the present collection. Beyond that, the Polish regional federal idea also embraced further embedding this imagined entity in a “federation of federations” that would be a united Europe committed to certain ideals of individual rights and to democracy as the form of government. On the latter point a succinct summary of the minimal desirable components of this imagined larger European grouping is given by Piotr Wandycz in his 1949 paper International Organizations in the Federal Movement: “Introducing federalism is conditional above all on accepting federalism and making of it a new ideology connected with a Christian-European outlook based on the idea of the freedom of the individual and of the nation”. I note that “accepting federalism” means sacrificing some elements of national sovereignty as hitherto conceived without stipulating the exact nature of the sacrifice, always a sticking point in this kind of discussion. Marek Maciejewski and Łukasz Machaj’s introductory essay to the topic of Polish thinking about both regional and pan-European federalism starts with the prehistory (in the sense explained above), then summarizes the most notable writers on the topic from the era of the Partitions forward to the late twentieth century. Each chapter of the book is prefaced by brief biographical remarks about the author of the individual piece, placing him in his respective position in the evolution of an idea. The afterword by Sławomir Łukasiewicz recapitulates this evolution in the light of later events. While the names of several of the authors will be known to readers of European history (e.g., Zbigniew Jordan and Oskar Halecki) many of them will be new to English and American readers, and they provide the substance of the claim that Polish intellectuals have devoted a good deal of thought to the European federal idea.

*The formulation of Poland’s new eastern (or ULB) strategy was the basic task undertaken by Jerzy Giedroyc and expressed through the journal he edited, “Kultura”, published in Paris. An essay by Giedroyc’s partner in this enterprise, Juliusz Mieroszewski, is included in the anthology reviewed here and presents a kernel of the overall idea as it was in 1951, arguing for the creation of an “eastern European international brigade” in the West. In his The Reconstruction of Nations. Poland, Ukraine, Lithuania, Belarus 1569-1999, Timothy Snyder devotes a chapter (Patriotic Oppositions & State Interests 1945-1989) to the successful efforts of “Kultura”’s diplomatic political program, noting that by the 1980s it had become the preferred path to follow among diverse political groupings in communist Poland, including Solidarity, reform communists, and various spokesmen for the Catholic Church. The program combined idealism and realism in a way that persuaded many Polish thinkers, activists, and politicians that old historical claims regarding demography, precedence, and prestige in the region had to be ignored in order to focus on the present (recognizing existing or potential nation states within current borders) in a way that would guarantee a peaceful future. As noted above, this is the actual program that made accession of eastern European nations into the EU a practical possibility, and various Polish thinkers and politicians, especially Krzysztof Skubiszewski, deserve the credit for this.

Towards a United Europe. An Anthology of Twentieth Century Polish Thought on Europe, edited by Sławomir Łukasiewicz. Translated by Robert Looby. Warsaw: Ministry of Foreign Affairs of the Republic of Poland, Biblioteka Jedności Europejskiej (The European Unity Library)

TERRENCE O’KEEFFE was trained as an anthropologist and worked as a research scientist studying non-human primate behavior.  He writes both fiction and non-fiction. His non-fiction book dealing with a famous Austro-Hungarian army espionage case and its long afterlife in art, The Posthumous Lives of Colonel Redl, is scheduled for publication in 2011.