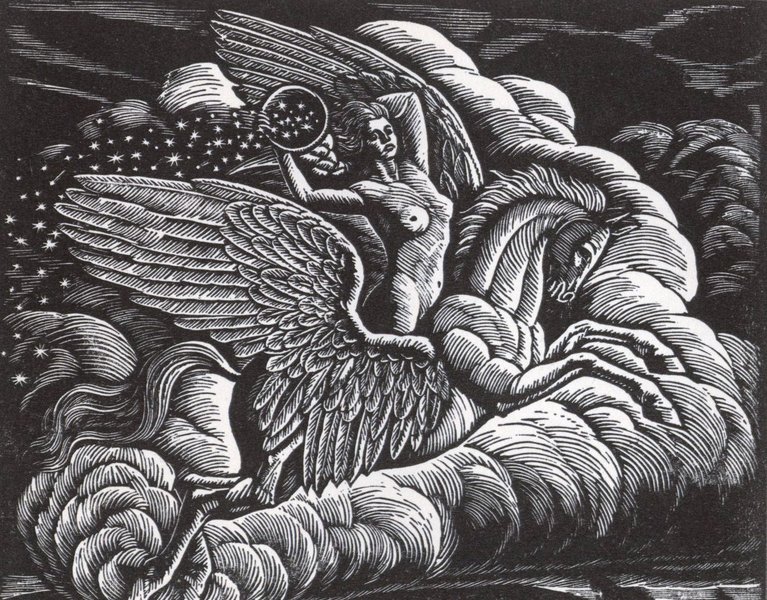 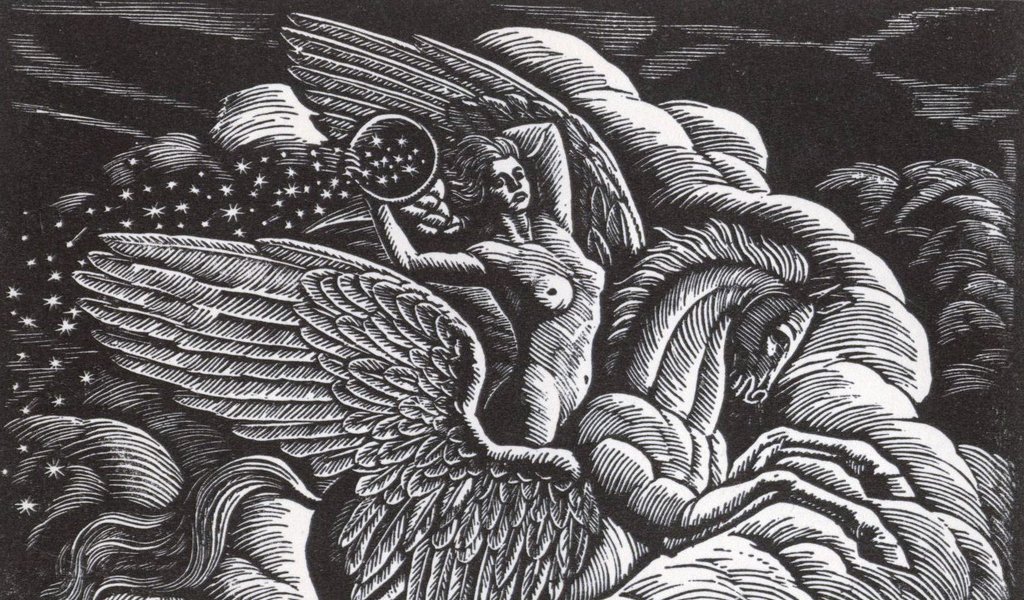 Polish political thought & the transformations of the 20th Century

European integration is regarded as a Western European concept, implemented by politicians such as Robert Schuman, Konrad Adenauer and Paul-Henri Spaak. However, not much is ever said about where these men drew their ideological inspiration from and, more broadly, ideas for uniting Central and Eastern Europe. One publication which puts into question the dominance of Western ideological thought with regard to European integration is a book titled "Towards a United Europe. An Anthology of 20th Century Polish Thought on Europe". 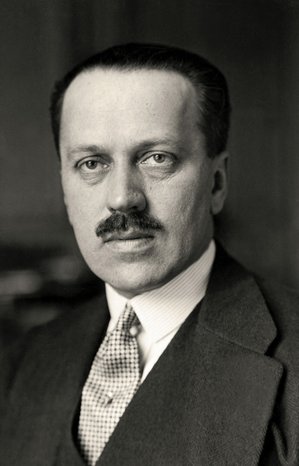 The book starts with an introductory essay written by Prof. Marek Maciejewski and Dr. Lukasz Machaj, in which the authors strive to systematise Polish visions for uniting Europe. In doing so, they set out to show that the idea behind European integration is deeply ingrained in our intellectual traditions. Starting with a text by Pawel Wlodkowic and Andrzej Frycz Modrzewski, we learn how universal as well as regional concepts underpinning integration were developed. This essay serves as a good introduction to the topic and allows for a better understanding of the other texts published in the book. Indeed it presents a comprehensive historical context of Polish political thought, which is not necessarily known by foreign readers.

Great War was one of the defining events of the 20th century, some people even claim that it marks its beginning. This school of thought is presented by the texts at the beginning of the anthology. The author of the first essay is Aleksander Skrzynski, the former Prime Minister of Poland’s II Republic. He analysed the influence of Pax Americana on the world after the Great War and went on to conceptualise the creation of a United States of Europe within the contemporary international framework.

In 1929, Aleksander Lednicki published his thoughts on a united Europe. He referred to the pan-European proposals put forward by Richard Coudenhove-Kalergi and Aristide Briand, while at the same time criticising some of their ideas. Based on his personal experiences, he was very much opposed to the Soviet Union.

Wladyslaw Leopold Jaworski also published an essay in 1929, in which he described the prospect of a United States of Europe. He warned of the changing status of sovereignty and wrote about the uncertainty regarding its form within new integrated structures. 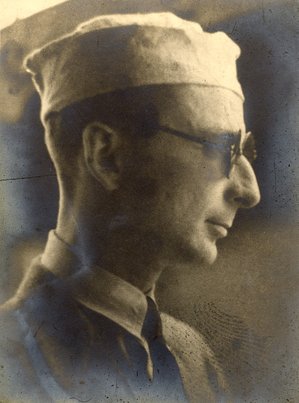 The next major turning point in the debate on European integration came in the form of the World War. The war forced politicians to re-think the concept of peace in the old continent. It provided a concrete framework for previous theories. In 1943, Adolf Bochenski wrote about the political obstacles facing the concept of a united Central European structure. In particular, he stressed the issue of power of individual countries within the potential framework. Weaker nations within a federation tend to be dominated by stronger nations, which leads to the balance of power flowing from weaker states to stronger ones. According to Bochenski, if we view the federation exclusively from Poland’s perspective, then we cease to acknowledge other nations and their problems or conflicts.

In his text about post-war Europe written in 1944, Feliks Gross puts great emphasis on history. The author criticised the League of Nations for its ineffective and its failure to see the world for what it really is. Instead, he proposed creating an authentic international system, one which only later would be followed by a European structure. In doing so, he argued, it would be able to prevent wars between continents. In Gross’ view, there were three ways to solve the European problem: return to sovereign, nationalist-run states, divide areas according to spheres of influence or create regional federations within the European system. He favoured the latter.

After World War, Polish debate about European integration was continued predominately in émigré circles abroad. The UK-based Piotr Wandycz wrote about international organisations within the federation movement. In his essay he argued federalism is an ideology based on the freedom of the individual and nations, as well as a new form of political development.

When describing Poland’s role in post-war Europe, Jan Emil Skiwski focused on our responsibility to strive towards achieving European solidarity. He argued that the failure to do so would lead to further tragedies. These are important words, given that Skiwski is in modern times regarded to have supported – in mind and pen – the Third Reich, in the hope of resisting communism. 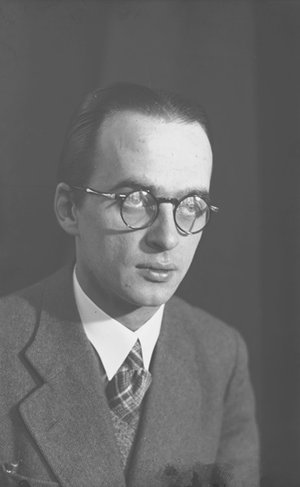 An important figure in the European debate was Juliusz Mieroszewski, whose ideas played a defining role in Polish foreign policy after 1989. He wrote about the difficulty of defending national independence by countries with average potential. He envisaged the formation of a Central European military formation. The latter would be one of the first stepping-stones to a federation. However, he believed that the creation of such a structure required the will of the interested parties who need to form the unitary programme without the help of the West.

In turn, Edward Raczynski believed that post-war Europe faced a choice between Europeanisation and regionalisation. He argued that if an organisation uniting Central and Eastern Europe was established, the causes of most tensions within the Old Continent would disappear – as a result of which relations with Germany could be re-built.

Rowmund Pilsudski’s text presents Poland’s federalisation programme. The author believed that the European integration project was a means to guarantee Poland’s freedom. He favoured a multi-layered federation of regional federations. He also made the point that countries that would in the future create a federation together should trade with each other beforehand.

Zbigniew Jordan elaborated Rowmund Pilsudski’s arguments in his essay titled Independence and Federalism. The philosopher made the case for the creation of a world government, which would dictate the limits of national sovereignty and in turn protect citizens from dangers such as nuclear annihilation. He argued that once it had been liberated from Soviet oppression, Central and Eastern Europe should creation a regional federation based on economic foundations. He wrote that economic integration is the key to the security of countries in the region with a wider European federation. 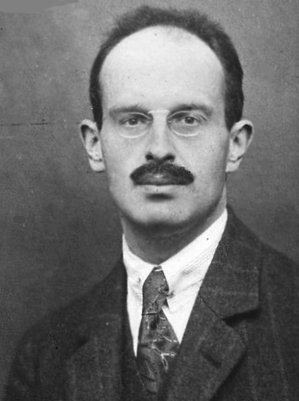 In his work, the highly acclaimed Polish academic Oskar Halecki focused on the problem of federalism in the history of Central and Eastern Europe. He described relations with neighbouring nations over the centuries, with particular emphasis on the Polish-Lithuanian Union. His analysis presents historical experiences that should have guided political leaders after the war.

In 1963, Aleksander Bergman wrote a book titled Poland & the New Europe. Its fragments used in reviews of the anthology point to Bergman’s contribution to Europe’s integration efforts. He studied various aspects of integration from the perspective of Polish interests and he warned western nations not to forget about Central and Eastern Europe.

In the last essay, Zdzislaw Najder looks at similar issues to Bergman, however he puts a stronger emphasis on axiological issues. He also provides examples of concrete activities that members of the European Community can undertake in deepening ties with Poland (for example student exchanges, scholarships and financing for European media). 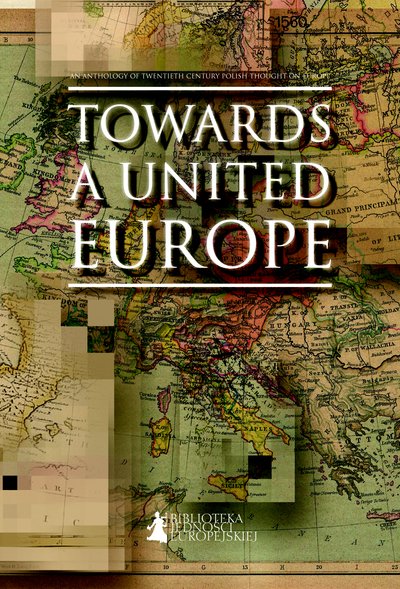 In the epilogue, the editor Slawomir Lukasiewicz describes how in the 20th century Polish thought about integration fitted in within the wider European debate. He also provides more historical context, which allows readers to have a more full understanding of the other texts.

The articles in this anthology vary in length – some are a few pages long, others are much longer. Sorting them chronologically allows the reader to see the changes in intellectual thought as a result of the brutal reality of the 20th century. What makes the book especially valuable is that it always provides the context within which the text was written. With this aim in mind, the editor prepared short biographies of the authors and footnotes. The book published by the Ministry of Foreign Affairs provides a detailed overview of Polish thought on integration to a foreign readership. This is thanks to the editor, Lukasiewicz, who went out of his way to make sure that the texts are understandable to an audience that is not deeply acquainted with life in Poland.  The publication also stands out due to its objective selection of essays written by authors with conservative, liberal, as well as right and left-wing views. The majority of them were associated with the Paris-based “Kultura” and the Polish Freedom Independence & Democracy Movement.

The book does not try to present one line of thinking about integration and European unity, but rather present the whole spectrum of views, ideas and processes that could help lead to deeper integration of the Old Continent. The book published by the Ministry of Foreign Affairs is testimony to the resilience of Polish thought about integration despite the difficult conditions of the 20th centuries. The texts are still very much worth reading, even today.