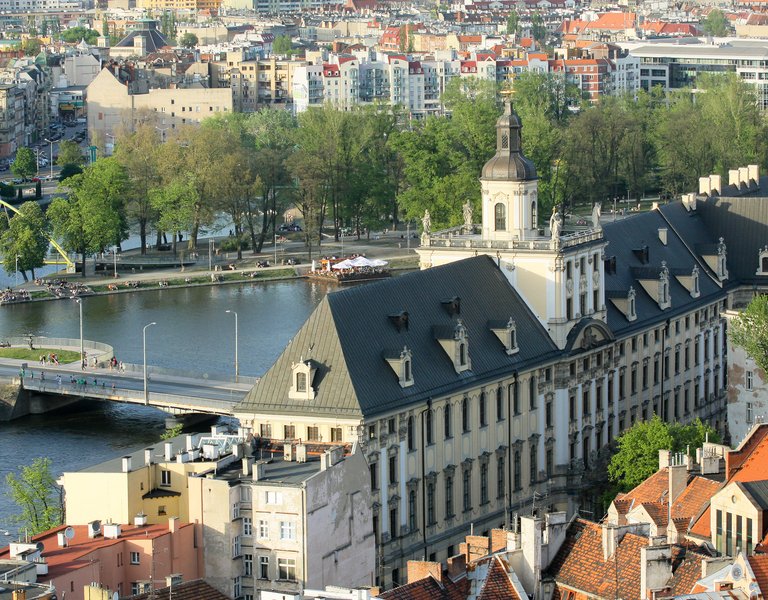 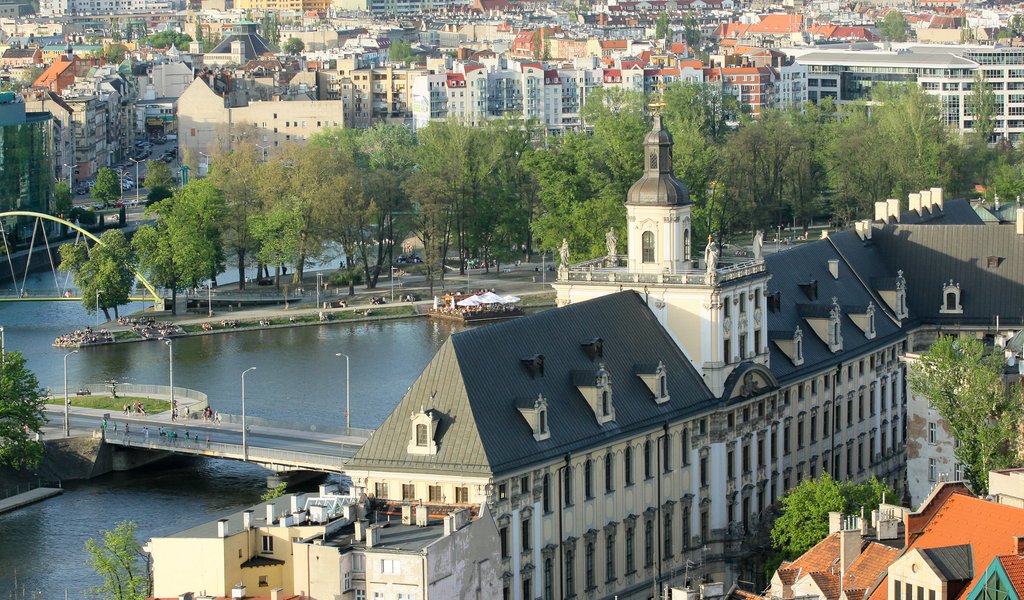 A performance by Andrea Bocelli serves as a prelude to the events of the European Capital of Culture 2016 in Wrocław. With half a year to go before the inauguration of a year full with celebrations of culture, Wrocław’s residents and visitors can review the framework programme for ECC 2016.

On Friday, 19 June The grand multimedia artistic spectacle of "Direction: (cultural) capital" will give us a taste of what is to come during the events of European Capital of Culture 2016 in Wrocław. “That day, at the Municipal Stadium we will make the first presentation of the ECC framework programme. We are the first capital to do so half a year in advance. Previous capitals presented their programme of events in November, and then only framework plans. We intend to present a detailed schedule in the autumn,” says Wiola Samborska, director of the ECC Wrocław Press Office, to Polska.pl. 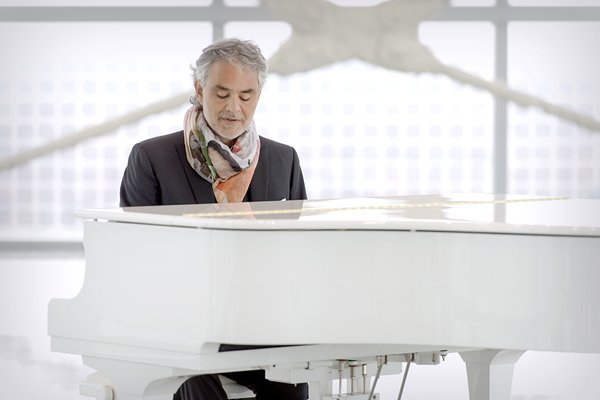 After the presentation for residents, which begins at 9:30pm, the proceedings will be taken over by the outstanding Polish actor Andrzej Seweryn, who will present the accomplishments of a number of artists associated closely with Wrocław, including the legendary Czech bard Jaromir Nohavicy, rock musicians Marek Piekarczyk from TSA and Maciej Balcar of Dżem, and the Wrocław rapper and beat-box specialist, as well as recipient of the Wrocław Award, Łukasz Rostowski. There will also be performances by female artists, including Anna Wyszkoni, the Yiddish-singing Norwegian artist Bente Kahan and Olivia Anna Livki, a German of Polish descent. The audience will also have the opportunity to enjoy a 70-member choir composed of representatives from the academic choirs of Wrocław’s seven universities, as well as the National Music Forum Symphony Orchestra, founded just after World War II and a frequent performer on stages around the world.

The star of the evening, Andrea Bocelli, will sing during the second part of the show. He will be accompanied by the Le Div4s quartet, composed of four Italian female vocalists who have captured the public’s imagination for over a decade with their unique performances of classical and popular music. Following the performance of the quintet, the blind Italian singer will present an original recital.

The next day over a thousand young artists will transform 26 of Wrocław’s hundred-plus bridges into institutions of culture. Each passage will represent a different area of art: music, dance, theatre, architecture, poetry, drama, photography, performance art, sculpture and film.

It will be the final of the "Bridges" competition, during which the crossings are to reach out to residents, while the residents on the city streets at the centre of the action will be not just viewers, but co-authors of the artistic events.

On Saturday, every bridge will be given a new identity. For 24 hours, visitors to Tumski Bridge will be able to hear drums beating the rhythm of the heart – the “pulse of love”. The Wrocław Radioactive Theatre will transform Zwierzynieski Bridge into a "Laboratory of Sound", presenting the premiers of two dramas: "The Story of the Hedgehog who Decided Not to Be a Dung Beetle" and the crime story “Dybuk”.

The Różanka sluice, where coal barges once passed through, will be taken over by mining scenes. A barge will also float by on Saturday, but this time carrying artistic cargo. The Song and Dance Troupe and miners orchestra from Nowa Ruda will perform there, and the traditional miner melodies will be accompanied by sounds reminiscent of mining machines, produced this time by beat boxers. Miners from Silesia will also meet with the sailors of Lower Silesia. 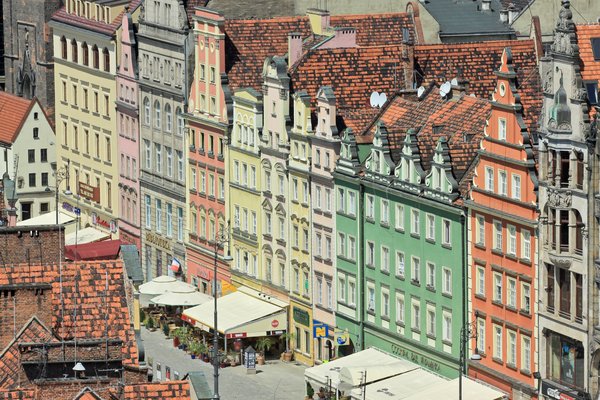 Transformation of other bridges will include a bridge hosting 19th-century photographic workshop, a bridge with presentations of legends associated with that very structure, and a bridge-dragon with a giant fiesta of 16-year-olds. As part of the "Fusion of Dreams" project, at the beginning of the Wrocław Night-time Half Marathon on Grunwald Bridge a combination of art and sport will take place. “Bridges will also link cities. The "Rappers&Sappers" project in the Kozanowo district will link Wrocław with Opole, and the General Sikorski Bridge will bring together the two capital cities of culture: Wrocław and San Sebastian in Spain, says Wiola Samborska to Polska.pl.

A preview of the events will come a day earlier with the project "When you’re drowning, reach for a book", during which books being passed from hand to hand will become the building blocks for a monumental Levee along the University Bridge. The next day, this sculpture-levee will be dismantled, and the “bricks” will be distributed to social welfare homes around the city. The event is designed to commemorate the rescue of the Public Library’s collections during the flood of 1997.

The title of European Capital of Culture 2016 was awarded to Wrocław in 2011 following a two-year competition with Lublin, Gdańsk, Białystok, Bydgoszcz, Katowice, Łódź, Poznań, Szczecin, Toruń and Warsaw. The cities fought for a grant of EUR 1.5 million from the European Union to be used for expanding the city’s cultural offerings, which will allow them to attract more foreign tourists. The capital of Lower Silesia is sharing this title with the Basque city of San Sebastian in Spain, which won out over Burgos, Las Palmas de Gran Canaria, Cordoba, Segovia and Saragossa.

The author of the winning application that brought Wrocław this fantastic success is Professor Adam Chmielewski, philosopher of science and politics at the University of Wrocław. Since April the ECC 2016 programme has been prepared by curators under the direction of Jarosław Fret. The nine experts assembled includes Roman Gutek, responsible for creating some of the world’s most prestigious film festivals: the T-Mobile New Horizons International Film Festival and the Warsaw Film Festival, dr hab. Agnieszka Franków-Żelazny of the Academy of Music in Wrocław, director of the Wrocław Philharmonic Choir, Chris Baldwin, director, educator and author, and Ewa Michnik, artistic and executive director of the Wrocław Opera.

Kraków as the European Capital of Culture 2000

The only Polish city to serve as ECC before Wrocław was Kraków. It was recognized by the European Union as one of the cities making the most significant contributions to the achievements of world culture and civilization. Eight other cities joined Kraków in the role of ECC 2000: Avignon, Helsinki, Brussels, Bologna, Santiago de Compostela, Reykjavik, Prague and Bergen. Although the authorities in Kraków had a smaller budget at their disposal due to the larger number of participating cities, they did a fantastic job organizing artistic events with EUR 5.8 million from the EU and PLN 26 million from the municipal budget. The Festival Office staged over 570 events, including the ‘Rozstaje’ Festival, the Beethoven Festival, which then moved to Warsaw, and the Seven Traditions Festival, celebrating important European cultural communities. Kraków prepared for its role in ECC from 1996, and the boost in tourism numbers from both Poland and abroad lasted for six years, through 2006.