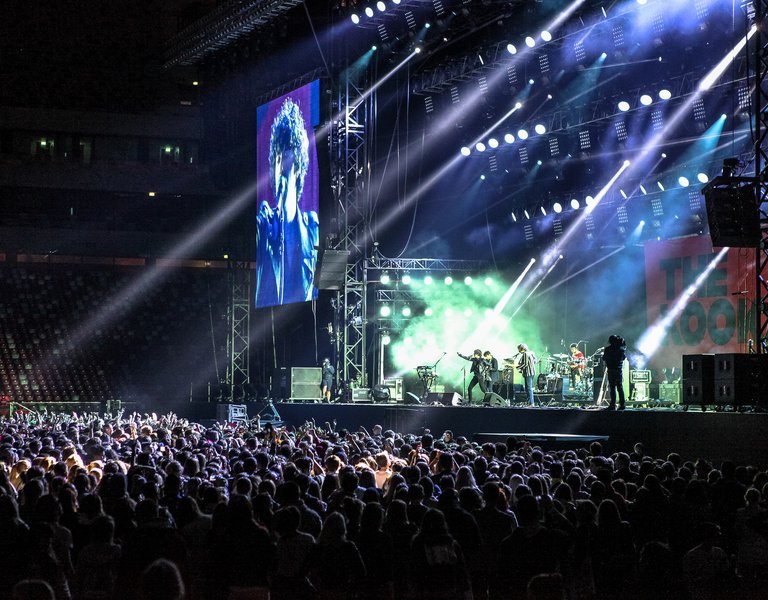 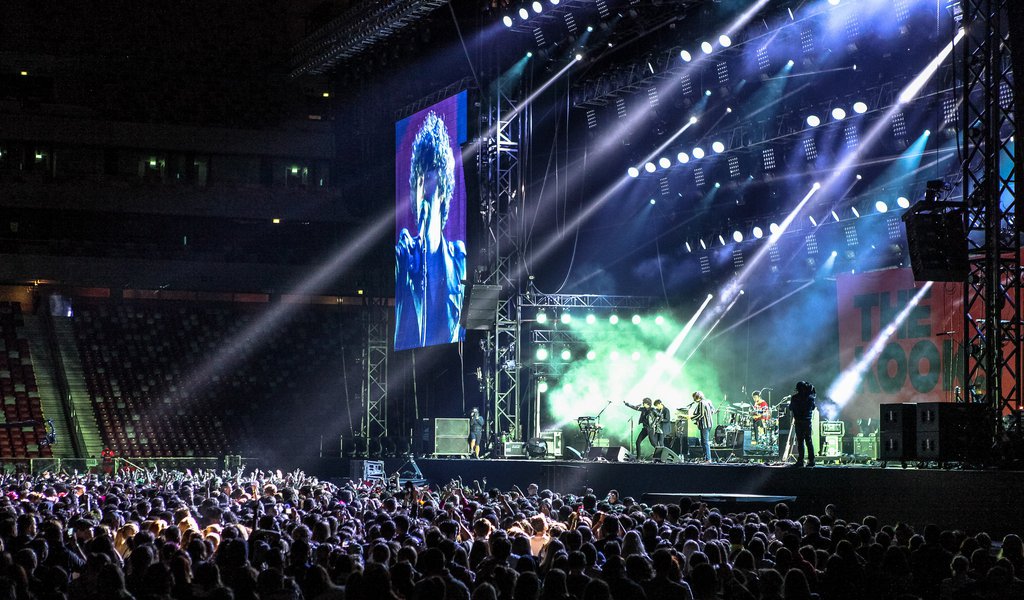 Pop, heavy rock and soul were pitched against each other on two stages of the Orange Warsaw Festival at the National Stadium in Warsaw. The June event started the summer festival season, which featured line-ups that even the world’s most acclaimed music shows wouldn’t be ashamed of.

Thousands of fans sang Hey Ya!, one of the world’s best known songs originally written by Outkast, and Sex on Fire by Kings of Leon, and went on to dance pogo to the music of The Prodigy during a major Polish urban festival. The seventh Orange Warsaw Festival was an imposing event, the first edition to run for three days and take up two big stages. The National Stadium, which was the festival’s venue for the second time, can be reached by public transport, and the hard-surface audience area featuring all amenities stands in as a campsite. This way the Orange Warsaw Festival joined Europe’s largest urban events, with the most popular one being Primavera Sound in Barcelona.

The event, whose previous editions were held at Parade Square near the Palace of Culture, or in the Służewiec Horseracing Course, has considerably evolved since its inception, in terms of both form and substance. The first edition featured mainly Polish artists, with international stars being in a minority (Wyclef Jean and Apollo 440 were the only acts from abroad at the time). A year later, Warsaw hosted Pharrel Williams and N.E.R.D., and in 2010 the UK bands White Lies and Hole with Courtney Love as the lead singer. In 2011, the stage at Pepsi Arena belonged to Skunk Anansie, Moby and Jamiroquai; in 2012 the headliners were Lauryn Hill, De La Soul and Linkin Park; and last year the show was dominated by Beyonce, the Offspring, Fatboy Slim and Cypress Hill.

What is also impressive about the Orange Warsaw Festival is its varied programme. In 2014 we could hear Kings of Leon, Queens of the Stone Age, Pixies, French Films and Snoop Dogg aka Snoop Lion, Lily Allen, Martin Garrix, The Pretty Reckless, Jamal, Ska-P; Florence and the Machine, The Kooks, The Wombats, Bombay Bicycle Club, I Hurts, Chase & Status, The Prodigy, Rita Ora, Ella Eyre, Skubas; and Outkast, David Guetta, Kasabian, Timbaland, Miles Kane and Bring me the Horizon, I Am Giant, Limp Bizkit, and Chemia.

In 2015 the festival will take place on the Horse Racing Track Sluzewiec from 12-14 June.