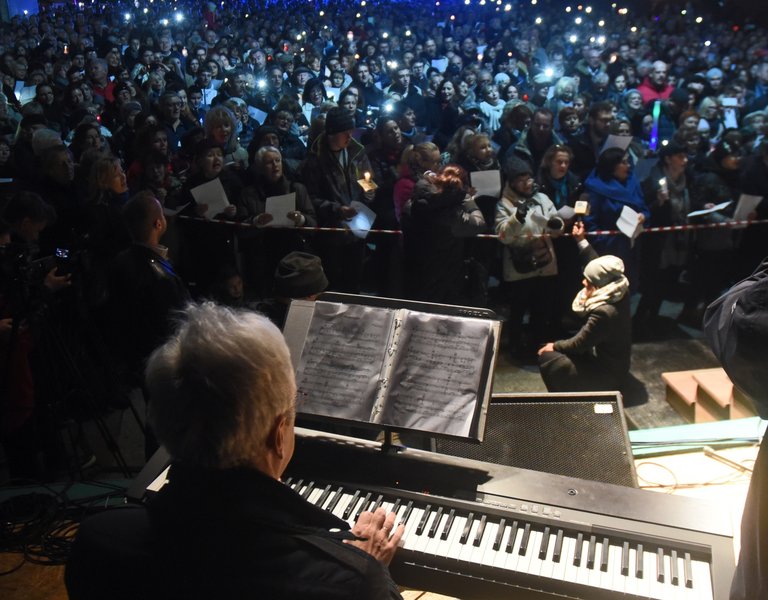 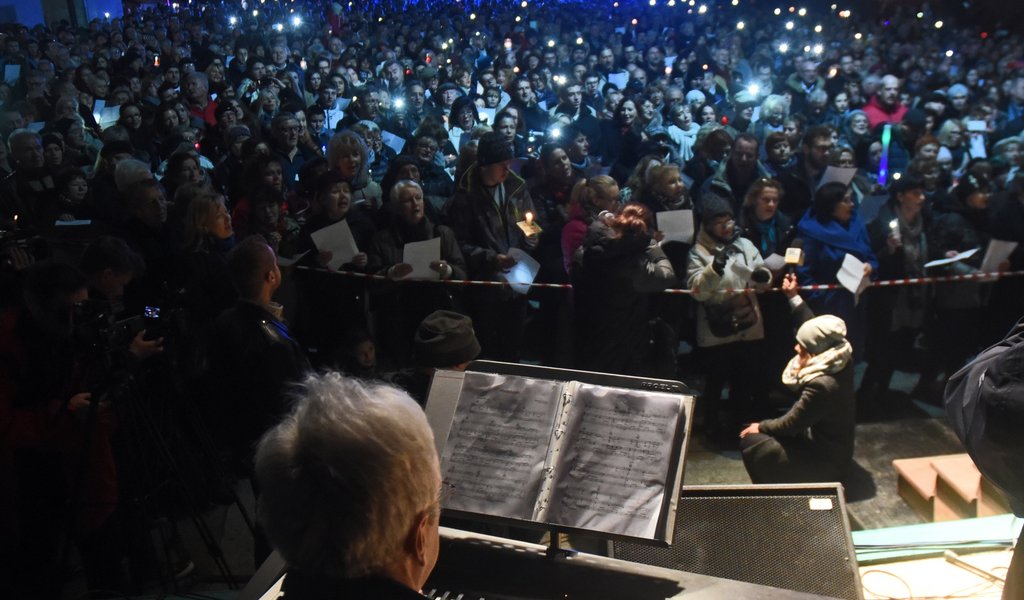 Several thousand fans gathered in Kraków on Sunday to pay tribute to Canadian singer-songwriter Leonard Cohen, who died earlier this month and who was hugely popular in Poland.

The crowd gathered in the evening around a makeshift stage on the city’s main market square to bid farewell to the singer, famous for his melancholy texts and gravelly delivery.

Cohen died in Los Angeles on 7 November after a prolific music career that spanned nearly 50 years.

People held lit candles, lanterns and lighters above their heads and joined a mass rendition of “Hallelujah,” one of Cohen’s best known songs, led by a group of local artists and a choir of students from the Kraków Academy for the Dramatic Arts.

“We are here because we loved Leonard Cohen and because we experienced many beautiful moments with him,” the originator of the tribute, Jerzy Illg, editor-in-chief of Poland’s Znak Publishing House, told those gathered.

He said that Cohen was even more popular in Poland than he was in his native Canada, largely thanks to Maciej Zembaty, a local translator and performer of his songs.

Hailed as harbinger of freedom

The Canadian musician gave concerts in Poland several times, first in 1985 when the country was still under communism and when audiences hailed him as a harbinger of freedom.

Cohen was born in 1934 in Montreal into a middle-class Jewish family. His father, Nathan, came from Poland and his mother, Masha Klonitsky, came from Lithuania.

He played guitar and wrote poems and novels before launching a successful music career in New York. He released his first album, “Songs of Leonard Cohen”, in 1967.

Some of Cohen’s most famous ballads include “Suzanne”, “So Long, Marianne”, “I’m Your Man” and “Dance Me to the End of Love” in addition to “Hallelujah”.

Just weeks before his death, Cohen released his last album, entitled “You Want It Darker.”

Sunday’s mass performance of “Hallelujah” in Kraków was recorded by a US crew making a documentary on the history of this song.

Similar tributes to Cohen have been held in cities such as Sydney and Montreal.