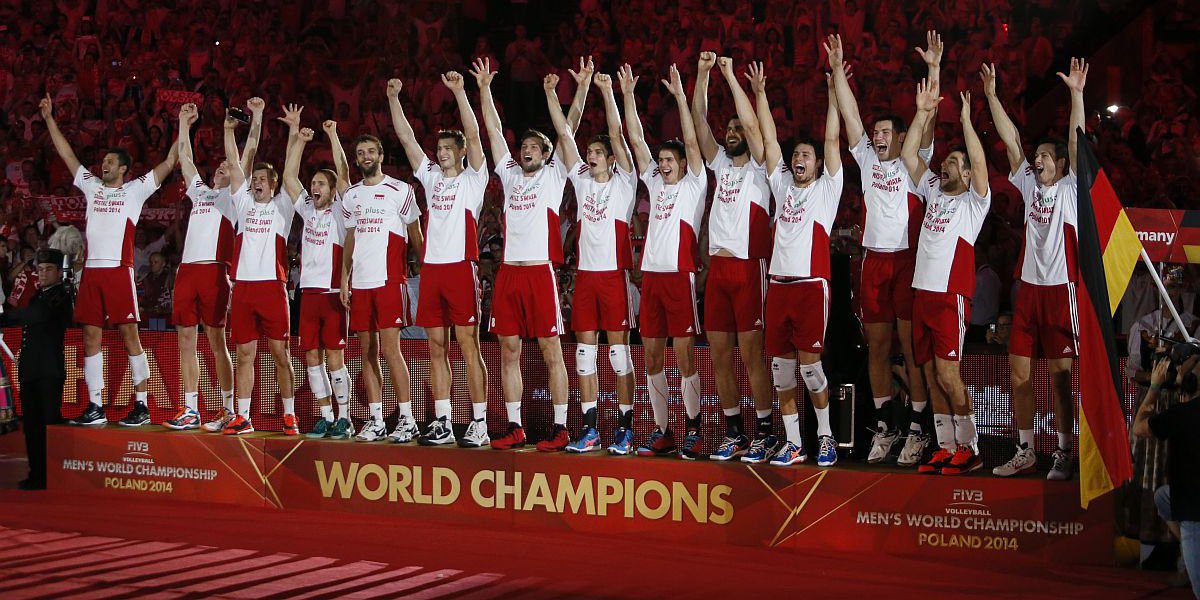 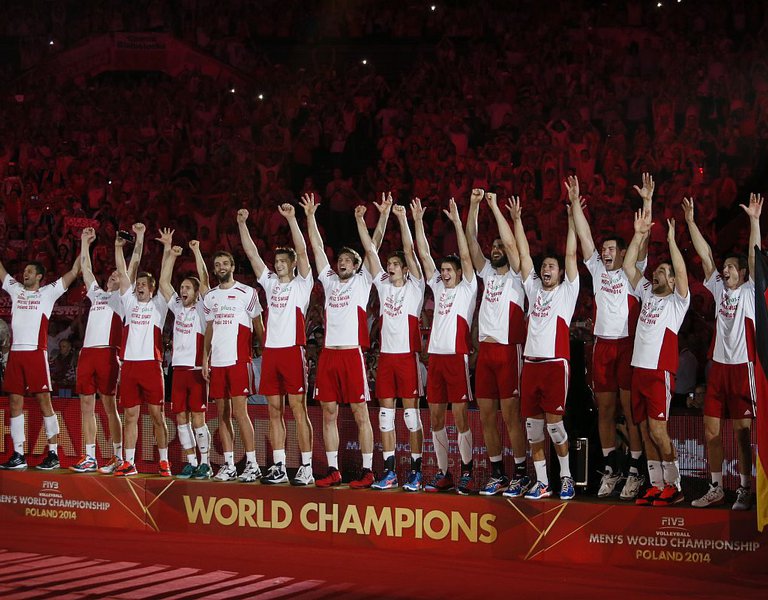 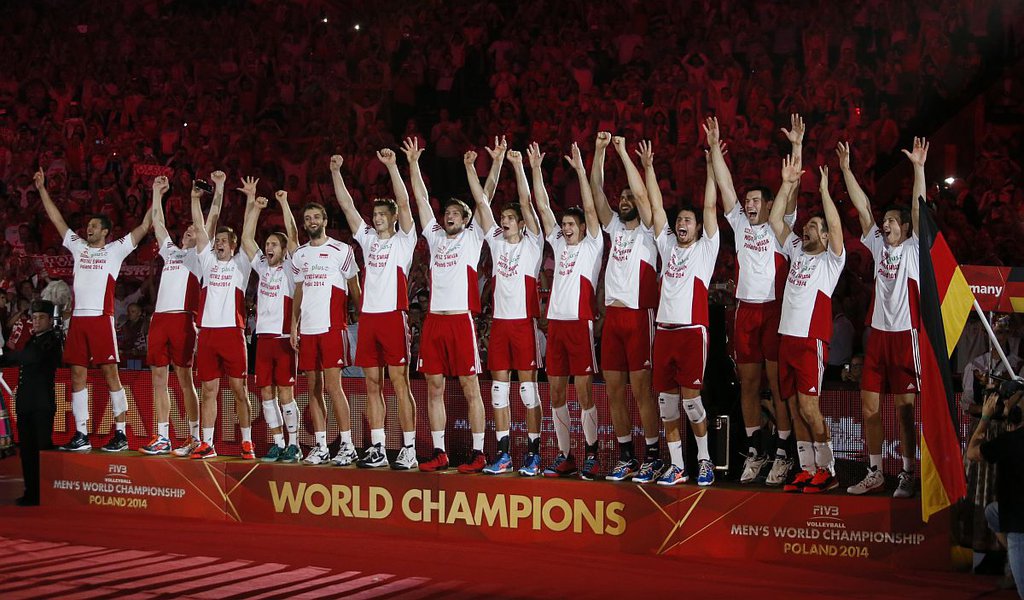 The best volleyball players in the world

In a truly spectacular way the Polish volleyball team have beaten Brazil to become world champions. For the Polish fans, this felt very much like 1974, when the golden team of Hubert Wagner seized the World Cup.

The streets of Polish cities have not seen such outbursts of joy in years. Sports fans were gripped by a far stronger fever than during the Euro 2012 football matches. By the time the 2014 World Championship final drew to a close in Katowice’s Spodek Arena on 21 September, white-red flags were flying from nearly all windows, and it seemed the surge of spontaneous enthusiasm would never end. Forty years on, Poland’s volleyball team became world champions again, having routed Brazil, who had clung to the championship for 12 years and were hailed the greatest team of all times. Created in just five months by the French trainers Stéphane Antiga, aged 38, and Philippe Blain, aged 54, the Polish team won a cup weighing nine kilos and depicting a ball embraced by 12 columns.

Today, Antiga goes under the nickname “golden selector.” He has proved to have the most expert eye among all foreigners who have coached the Polish national team since 2004. The Frenchman has even overshadowed the success of the Argentine coach Raul Lozano, who led the Poles to win silver at the 2006 championship. 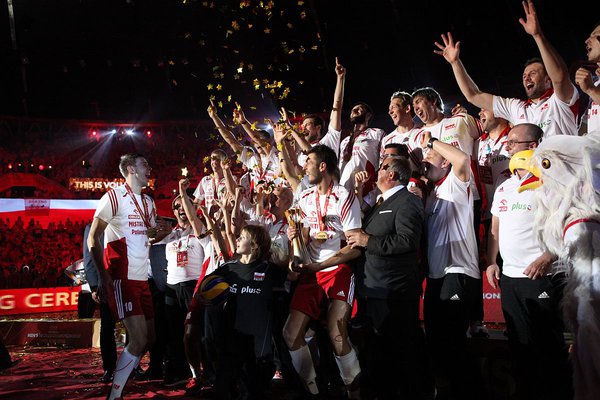 The victory in the Spodek Arena in Katowice has caught Brazil off-guard, as it was only in 2006 that they beat the Poles in a race to the championship  in Japan. But it has also come as a surprise to the world at large, which has realized that a strong, formidable contender will appear at the Olympic Games in Rio. It seems the Polish team are no longer satisfied  with being second best. After clinching the European championship in Turkey in 2009, the second place in the 2011 World Cup in Japan, and the first place in the 2012 World League in Bulgaria, the white-and-red team have won their long-awaited  Cup, and now they only need an Olympic gold medal to have their full complement of awards.

“Today the Polish team are a world power. Over the past ten years they have won five medals at global events, which is as many as the Americans have. Only Brazil and Russia have been more successful,” admits Piotr Żelazny, deputy chief of the sports desk at the Rzeczpospolita daily.

He adds that a gold medal at the Olympics would allow the players to match the achievement of Hubert Jerzy Wagner’s Golden Team, who followed up their gold medal at the 1974 World Championship in Mexico with an Olympic gold at the Montreal Games in 1976. Known as the “Butcher” because of his murderous training methods and tough treatment of players, Wagner was named to  the American Volleyball Hall of Fame in October 2010. It was Wagner who led the team to winning the gold at the 1974 World Championship, the second place at the 1974 European Championship, and the silver medal at the European Championship in 1983. His players also qualified for the 1984 Olympics in Los Angeles, which were boycotted by the Soviet Bloc. In 2002, Hubert Wagner died in a car crash in Warsaw, at age 61.

Joy at this year’s victory by the Polish players has been somewhat dimmed by the key players Paweł Zagumny, Krzysztof Ignaczak and the team leaders Mariusz Wlazły and Michał Winiarski announcing their plan to retire. This means that winning a gold medal at the Rio Olympics will be more difficult than in Poland, but specialists pin their hopes on talented Polish juniors who have got a lift from the recent victory.