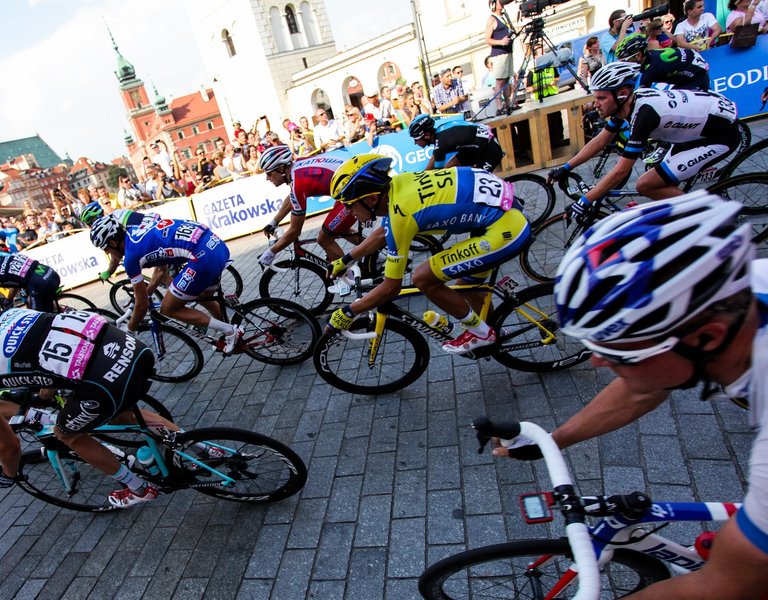 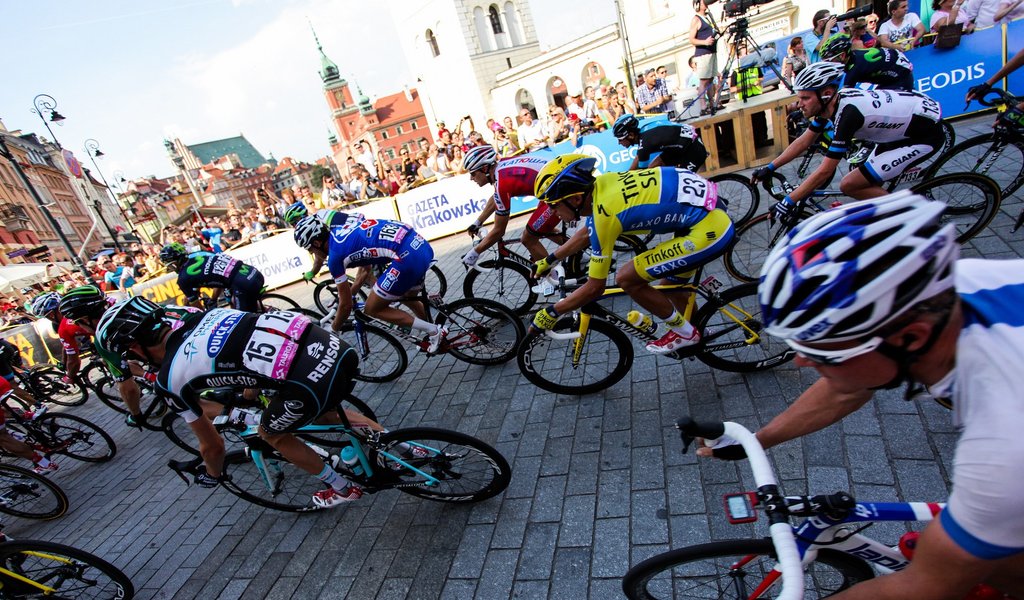 Michał Kwiatkowski, the cycling road race world champion, and Rafał Majka, the Tour de France star, are on the lips of the whole world today.

“Kwiato le missionaire”—under this headline the French L’Equipe covered the story of this year’s world champion in mass start cycle racing. “The rainbow jersey is Kwiatkowski,” announced the Spanish Marca, and thanks to Krzysztof Wyrzykowski, a sports commentator, the whole world learned that Kwiatkowski is “Flowerman” in English, when the journalist was explaining the meaning of the champion’s surname to his French colleagues.

After years of oblivion, Poland’s star is once again shining bright gold on the international cycling map, as the home country of the 24-year-old world champion and the 25-year-old Rafał Majka, the winner of the Tour de France’s two individual stages and mountains classification. 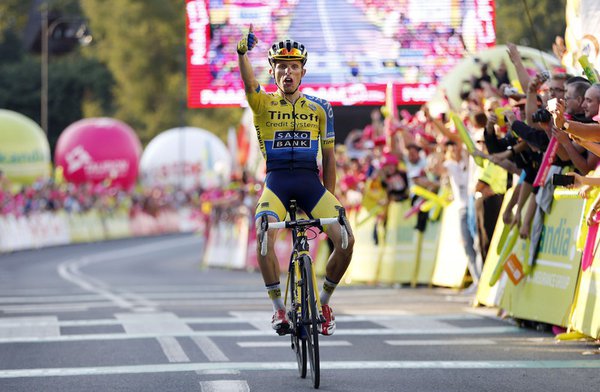 The winning streak of Polish road cycling started in the spring with Kwiatkowski’s victories in the stage races: Volta ao Algarve in Portugal, Strade Bianche in Italy, and Tour de Romandie in France. Then Rafał Majka, known from his performances in the Giro d’Italia, sped to two stage victories during the 101th Tour de France and won its mountains classification, only to add to that two individual wins and the grand title in the Tour de Pologne in mid-summer. In the wake of those triumphs, Przemysław Niemiec finished first in a mountain stage of the Vuelta Espana. The season’s successes were sealed by Michał Kwiatkowski’s victory in the world championships in Ponferrada, Spain.

Until recently, Polish cycling fans used to associate the sport with such names as Ryszard Szurkowski and Zenon Jaskuła, the winner of a single Tour de France stage— but now, they have top-class masters of professional racing to cheer on. “Until 1996 cycling fell into the amateur and professional categories, with Poles starting mostly and achieving good results in the former,” Marek Cegliński, a sports editor of the Polish Press Agency, and a seasoned cycling expert, explains in an interview for Polska.pl. “We had the Peace Race and the West had the Tour de France, Vuelta a Espana and Giro d'Italia. The winners of the Peace Race, Ryszard Szurkowski and Stanisław Szozda, were amateurs. Admittedly, Szurkowski was doing well when occasionally pitted against professionals, but he didn’t have a chance to race regularly with this group. So, you can’t compare this year’s successes in professional racing to those ‘golden years.’ It’s an outburst of talents of an entirely new quality, and in a new reality,” explains Marek Cegliński.

He adds that this year has seen some new high-water marks. “So far, Polish fans have taken pride in Zenon Jaskuła’s win in one Tour de France stage in 1993, and here we have a Rafał Majka who’s scooped as many as two, besides taking the mountains title. Poland had just a single individual trophy in the elite world events before, which was Zbigniew Spruch’s silver in 2000 in Plouay, and there we have Kwiatkowski taking gold this year,” explains Mr Cegliński.

According to some commentators, this bumper year of Polish talent can be linked to stricter anti-doping checks, which are more effectively eliminating illegal doping practices used in rich countries. Mr Cegliński thinks, though, that this can be attributed to Poland’s recent opening to the world. “Our athletes no longer have any difficulties going abroad to train in top teams such as Omega Pharma-Quick Step and Tinkoff-Saxo. It’s not only a matter of the world’s major racing teams, but also of climate—in Spain or Italy you can train virtually throughout the year, accustom your body to physical effort and test it on demanding, but dry, routes,” he explains.

The achievements of Kwiatkowski, Majka and Niemiec represent a tremendous success for Polish cycling in what is the golden year for Polish sport overall. First, Poland’s Sochi Olympic Team returned with six medals (four golds: Kamil Stoch’s, in standard and giant ski jump, Justyna Kowalczyk’s in 10km classic Nordic skiing, and Zbigniew Bródka’s in 1500m speed skating; a silver in the women’s relay speed skating, and a bronze in the men’s event); then Poland’s volleyball team snatched the world title at home; Anita Włodarczyk set a new world record in women’s hammer throw (79.58m) in Berlin in August; and, finally, Agnieszka Radwańska, the tennis player, secured a victory in the Rogers Cup in Montreal, winning another WTA singles title in her career.

In late October one of Italy’s major newspapers, Corriere dello Sport, devoted a whole page to the successes of Polish sport. In an article titled “New gold mine” the newspaper interviewed Zbigniew Boniek, the Polish football legend, for over 30 years living in Italy, about the secret behind the cyclists’ and volleyballers’ triumphs. The current president of the Polish Football Association replied that such good results have been made possible thanks to the system of sports federations and their effective collaboration with the ministry of sport.