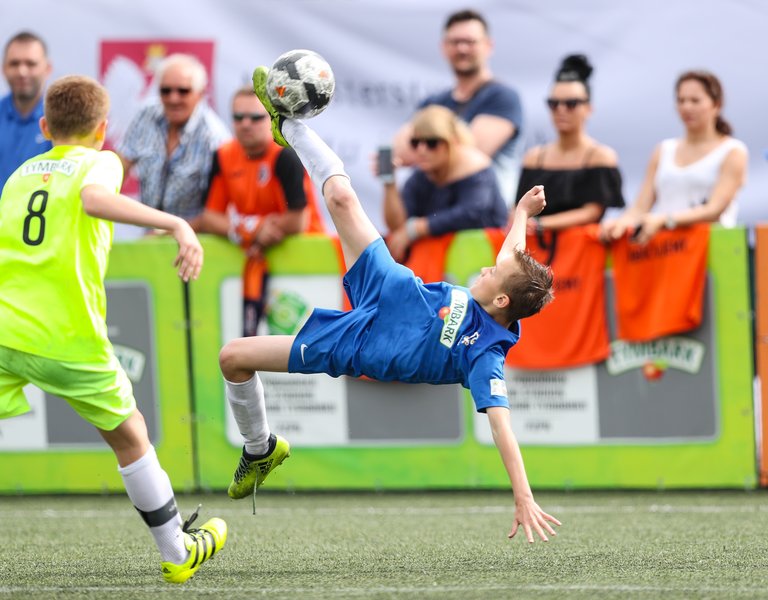 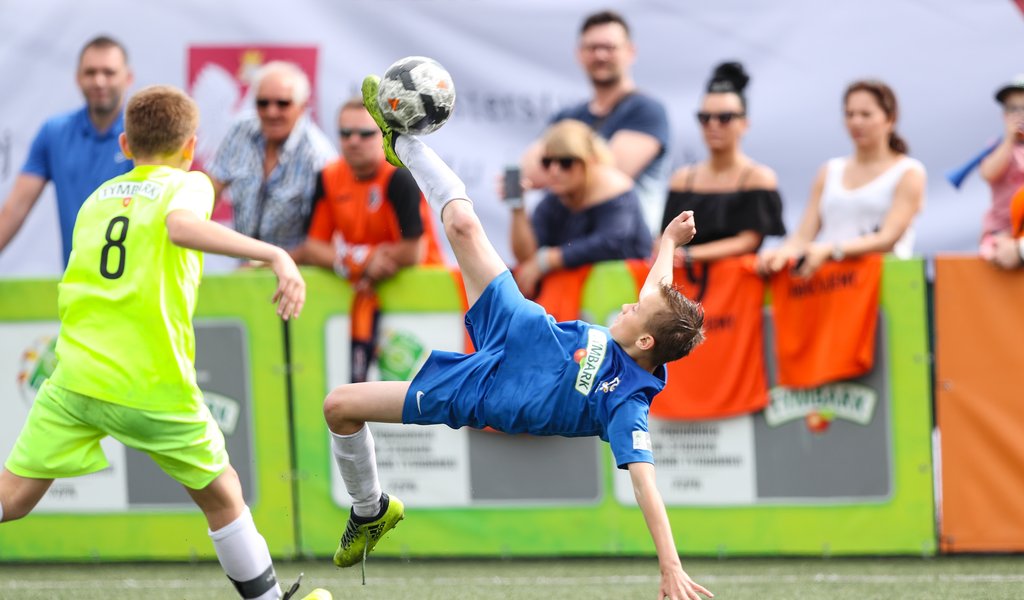 The largest tournament for little footballers

The World Cup is still in full swing, but we are looking to the future. That is why we present you with Europe’s largest football tournament for children. Where is it being held? In Poland! 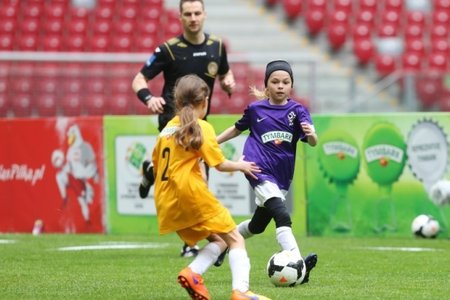 Held almost parallel to the games played by teams in Poland’s Ekstraklasa league, every year young footballers compete in their age groups in stadiums and fields across the country in Europe’s biggest football tournament for children. "From the Backyard to the Stadium for the Tymbark Cup" has been held for 18 years. Almost 2 million girls and boys from all over Poland have taken part in it so far. Over 320,000 competitors participated in this year's edition in three age categories: U-8, U-10 and U-12.

The tournament consists of several stages. First, the teams compete with each other within their respective municipalities, then they compete in the county and provincial finals. The nationwide final takes place in Warsaw. Each participant dreams about playing in the final in the PGE Narodowy Stadium, watched by thousands of fans sitting in the stands and spectators in front of TV sets.

The finalists are keenly observed by coaches from the Polish national team and scouts from the Polish Football Association (PZPN). Participation in the competition presents the opportunity to kick-start a professional career, as more than 50 competitors have so far found their way to the Polish national team in various age categories. The most recognisable among them are: Arkadiusz Milik (the most expensive transfer in the history of Polish football and present ambassador of the tournament), Piotr Zieliński, Bartosz Bereszyński and Paulina Dudek (U-17 European champion, recently signed by Paris Saint-Germain). 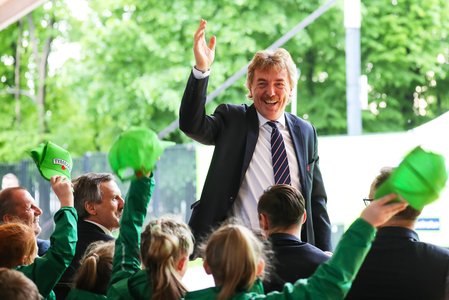 The main organiser of the competition is the Polish Football Association (PZPN), whose objective it is to: popularise an active lifestyle among pupils, implement children's passions and discover talents, as well as promote the idea of ​​sport, including fair play.

“Above all, children must enjoy playing football. Every moment of free time spent on the pitch, on the game, competing with each other, playing, is valuable. And trophies and even individual distinctions are additional incentives that encourage the players to continue working and be at their best in the future,” Zbigniew Boniek, the President of the Polish Football Association, said after the finals. Thanks to the strong emphasis placed on the idea of fair play during the tournament, young players develop an attitude that is in high demand in the world of sports and beyond. It is worth noting that in 2018, during the provincial finals alone, the judges showed as many as 157 Fair Play Green Cards!

What is the Green Card? In short – the opposite of yellow and red cards. This is an award for exemplary behaviour and a form of encouragement to act fairly later on in one’s football career – as well as off the pitch in everyday life. A permanent fixture in the tournament for the past two years, in 2016 the "Green Card" was also awarded in senior football, in Italy’s Seria B. The historical first distinction went to the Vicenza player Cristiana Gallano. After his team had been awarded a corner kick, Gallano admitted to the referee that none of the rival players had touched the ball, therefore the opposing team deserve to have the ball. 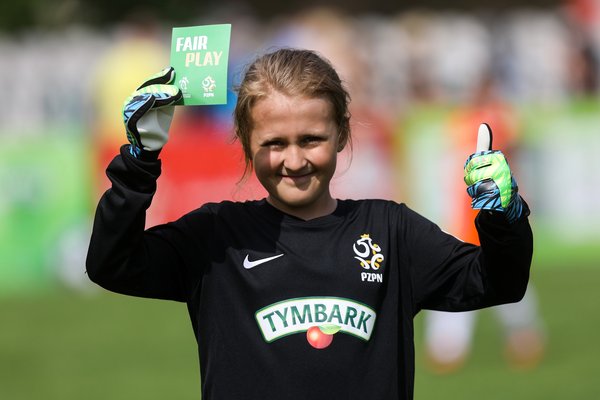 The fair play awards this year were mostly given to individual players who, for example, admitted to illegal behaviour, performed the Garrincha gesture (kicking the ball out of play when an injured player required assistance) or helping an opponent get back on their feet. However, it has also been the case that trainers, supporters and teams as a whole were rewarded.

“If a young player sees that his correct behaviour is praised and that he is rewarded for it, in the future he will repeat such actions in senior football. Thanks to the "Green Card" award, fair play is becoming a natural habit for young players,” explained international football referee Paweł Gil, who led the final of the tournament at Warsaw Stadium.

The winners of the Cup take part in unforgettable football events and visit the finest football stadiums in Europe, where they watch world football stars in action. Among the stadiums visited by previous winners were: the Imtech Arena in Hamburg, Wembley, Camp Nou, Santiago Bernabeu, San Siro, Amsterdam ArenA, Stadion Energa in Gdańsk and the PGE Narodowy Stadium. An additional prize awaited this year's winners – a meeting with the senior Polish national team just before their departure to their training camp in Arłamów. 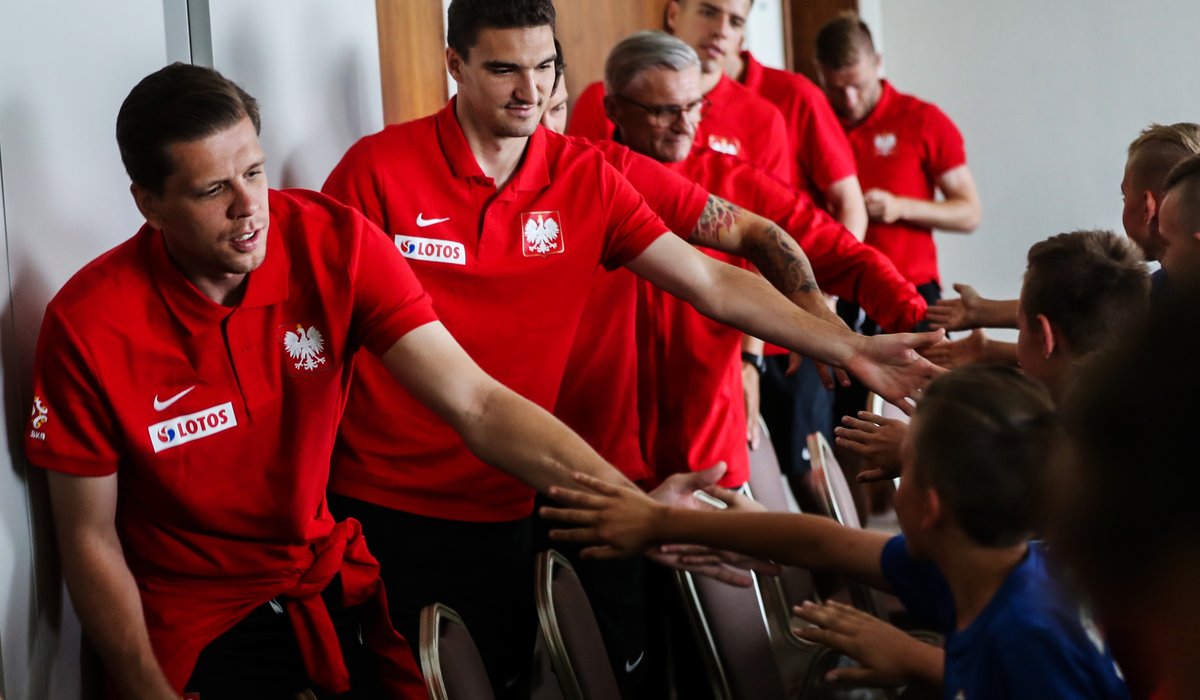 Will the successors of the current national team be found among this year’s young Cup winners? We hope so.