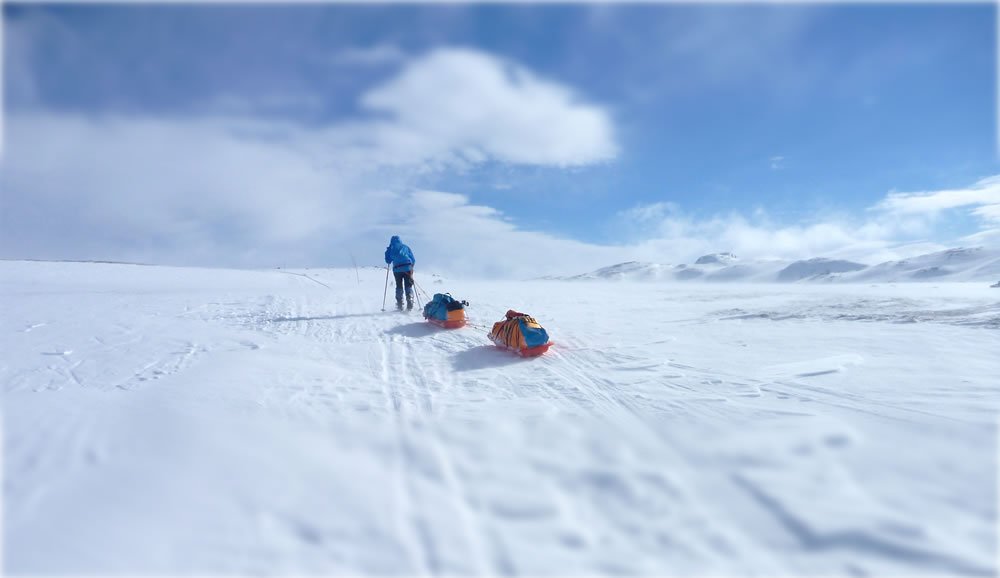 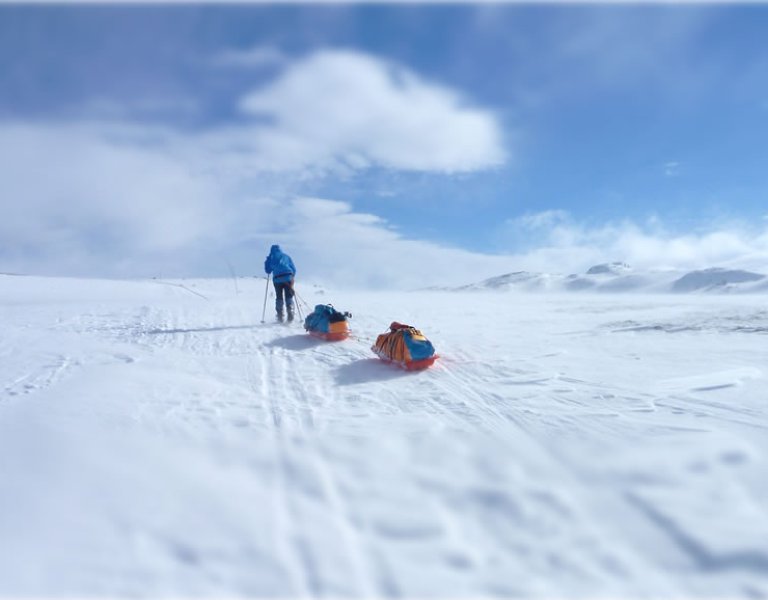 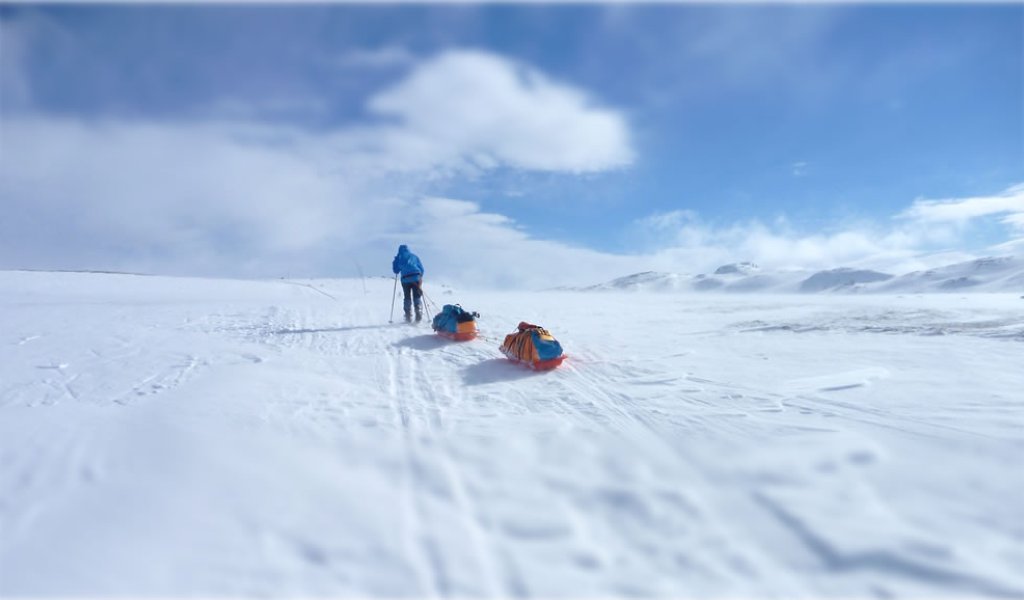 Małgorzata Wojtaczka in the South Pole

"Life is beautiful,” says Małgorzata Wojtaczka, the first Polish woman and one of the few women in the world to reach the South Pole alone, without assistance. Her trek to the Antarctic lasted 69 days. The 51-year-old Wrocław-native covered a total of 1,300 km.

On Wednesday 25 January at 12.30 Polish time, she sent a dispatch from the South Pole that read: "I have arrived."

Upon reaching the "finish line" and being welcomed in the piercing sun by three polar explorers, she said: "The march was amazing. I'm a little tired, but happy that I got here. Life is beautiful. Thank you all for your congratulations, which by means of daily satellite transmissions reach even here, 18,000 km from Poland”.

Wojtaczka set off on 18 November 2016 (after two days of acclimatization) from the edge of the continent, from the Ronne glacier flowing into the Weddell Sea. On the last day she marched non-stop at minus 34 degrees Celsius. She previously reported that she has remaining food supplies to last her a maximum of two days.

"I’m nervous if I’ll make it in time. I am thoroughly tired. The air temperature is below minus 30 deg. C, and this also quickly saps my energy. Also the wind, during the night at 5 degrees on the Beaufort scale (approx. 40 km / h), in the morning around 4 B. This combination makes the perceived temperature feel like minus 46 degrees Celsius. There is still a lot of fresh snow. I don’t manage to go faster than about a kilometer an hour. Now that the sweets have run out, during the breaks I eat warm cereal from my thermos. It gives me energy,” she relayed. 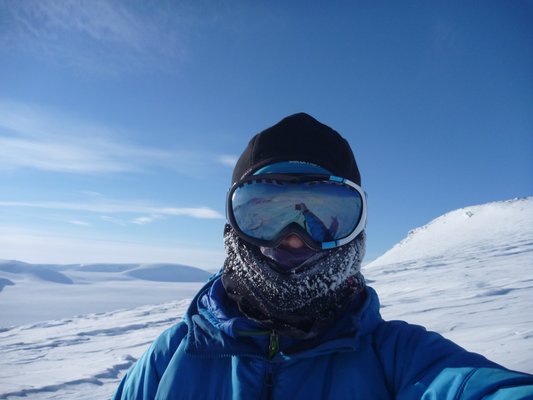 The Wrocław-native hauled a 100-kg heavy sledge packed with equipment, food and special fuel for use in her microwave, so-called white gas (normal fuel cannot be used in these latitudes, because it freezes). She ended their march in the last hours of activity of the Antarctic Base ALE (Antarctic Logistics & Expeditions) in the South Pole.

After a short rest, Wojtaczka and staff at the base will be transported by a local plane to the ALE Union Glacier centre in Mount Vinson (4,892 m), the highest mountain in Antarctica, where within a day she is due to fly to Punta Arenas in Chile in a special Il-72 transport airplane. Everything depends on the weather conditions, which are currently quite good, but the weather window is already closing. The polar winter, which has come particularly early this year, is emerging over the continent, which is why the season is coming to an end two weeks earlier than usual.

Wojtaczka has participated in many cave excursions as well as polar, skiing and sailing expeditions. She has sailed on yachts to places such as Spitsbergen, Cape Horn and has reached the Antarctic. She often said that she is “dead keen” to reach the South Pole.

The first woman to reach this place unaided after marching for 50 days was Liv Arnesen, in 1994. The Norwegian was blessed with good weather throughout her trek. Wojtaczka chose the same, classic route, whose straight line stretches out 1,200 km. By avoiding slots, among other obstacles, she overcame a total of 1,300 km.

The first Pole to reach the South Pole alone was Marek Kaminski in 1995 and in 1997, while trying to cross the Antarctic. He is currently in Tokyo. He said: "I was cheering on Gosia from the very beginning of the march. I believed that her expedition would be a success. Today, I am happy for her. It is a super feat, congratulations!".