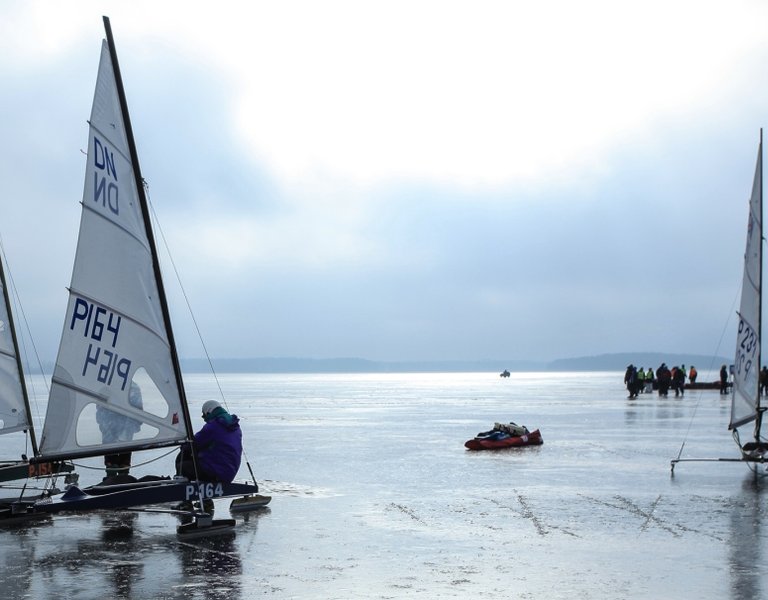 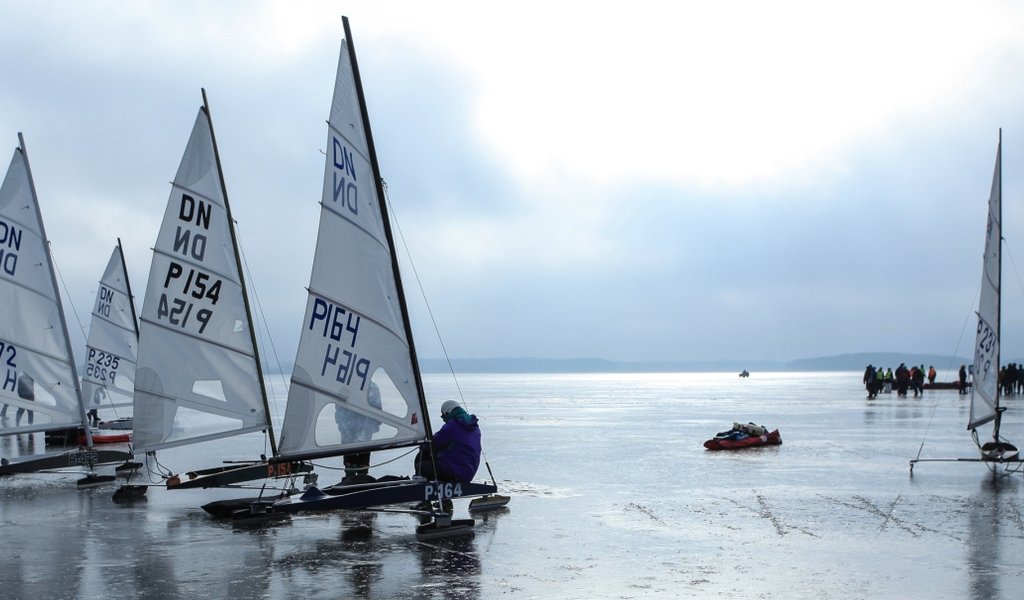 For years, Poland has been at the world's iceboating top. The discipline enjoys the most widespread popularity in Mazury, a lake district.

The Polish team are favourites in the DN class of the world and European iceboating championships, which started in Haapsalu, Estonia, on March 1st. Originally, the event was to be held in Giżycko but poor weather upset the plans. Ice season turned out to be exceptionally short this year. Although lakes are still covered with over 25 cm-thick ice, a few days before the championships the ice started to change its structure into needles, becoming brittle and less resistant to loads.

The change of the venue disappointed Poles, even more so as the last time such a top class regatta event was held in Poland was 20 years ago, on the Zegrze Reservoir near Warsaw. The mood would certainly improve with a victory for Tomasz Zakrzewski, a gold medallist at the past two championships, or Karol Jabłoński, a seven-time world champion.

"For the past few years, our national team has been so strong that even Poland's championships have been attracting international crews. Sailors from the UK, Germany, the Netherlands, Russia, Austria and Sweden are coming to compete against our sportsmen," Paweł Burczyński, a sailor from the AZS UWM Olsztyn club and a trainer of juniors at the Junga Olsztyn Yachtclub, says in an interview with Polska.pl. Mr Burczyński, a four-time Poland's champion, comes from a well-known family with iceboating traditions. He is the brother of Michał—the youngest iceboating world championships medallist ever—and the son of Piotr—one of the world's most distinguished iceboaters.

Poland's climate and location create uniquely favourable conditions for sailing on iceboats—yachts on three skate blades (runners) propelled by wind. The season starts already in November and may last well into April; there are many, mostly shallow, lakes which freeze over fast. Temperatures rarely drop below -15 degrees and ice surfaces are clean. 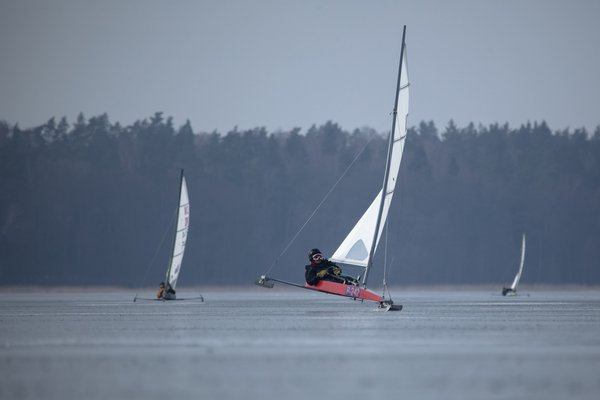 The Masurian Lake District, with 486 square kilometres of reservoirs, is the Polish epicentre of iceboating. It just takes a visit to Giżycko, Mikołajki or Węgorzewo to get to know the basics of this sport during one day. "Iceboating is a natural winter continuation of classical sailing. Me and my friends from Warmia Olsztyn's sailing section used to go to the pier every day, in all seasons. We'd go sailing in summer and iceboating in winter," Kamil Musielak, a public relations specialist, formerly a professional sailor and an ardent iceboating fan, tells Polska.pl.

Although iceboats scud over ice with average speeds of 90-120 km per hour, this is not a sport for the hot-headed. It needs the patience of an angel to get the gear ready—sharpen the metal runners and tighten up the bolts. And when a sailor, stiff with cold, places himself in position on the board, his race may be soon over on a spot of thawed ice or he may badly bruise himself if a runner comes across some uneven ice and the iceboat goes into a skid. "Ice sailing as such has got its perils, too: chilly winds can cool down your body in next to no time, and ice crystals are spurting out from under the runners like stilettos. But it's nothing compared with a feeling of freedom when you instantly speed up to almost 140 km per hour, when you realise there's no force on earth that can stop you. It's like being in a fighter jet," describes Mr Musielak.

The drawback of iceboating is the money it takes. An amateur iceboat can cost a few thousand zlotys, while the price tag of professional gear can give you a heart attack. A decent sail goes for EUR 1,000, a mast for EUR 1,500, and a frame, a runner plank, pulleys and capstans will cost you thousands more. The price of a professional iceboat can correspond to that of a good car. However, according to Mr Musielak, a truly decent gear could be assembled for just PLN 20,000.

The Poles most often compete in the DN class. The name takes after Detroit News, a newspaper which in 1937 posted a competition to design affordable equipment for fun on ice. As a result, a small iceboat was designed with a front control runner, a sail, a frame, a boom and rigging. It made its way to Europe in the early 1960s and to Poland in 1966.

The iceboat has its summer alternative—a land yacht with wheels instead of runners, for riding on beaches and dry lake beds. In 1978, the Polish traveller Wojciech Skarżyński made a tour around the Gobi desert in his own custom-built sail wagon.