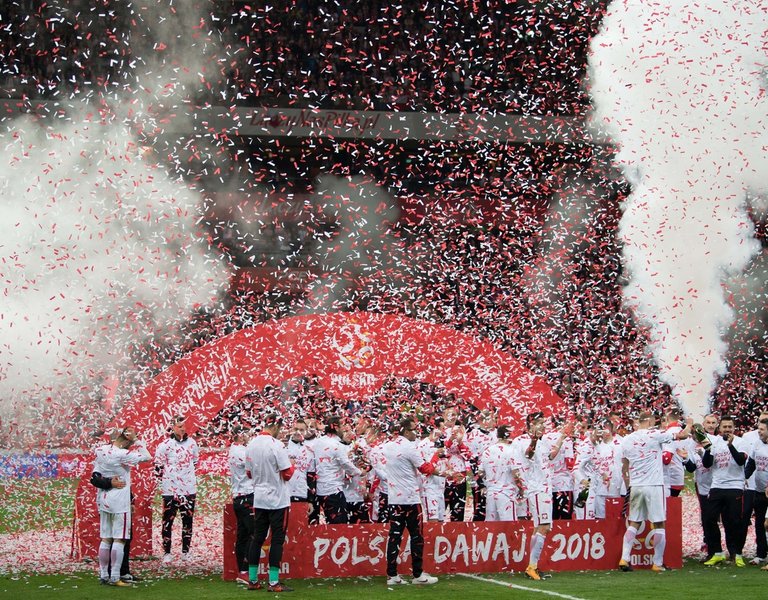 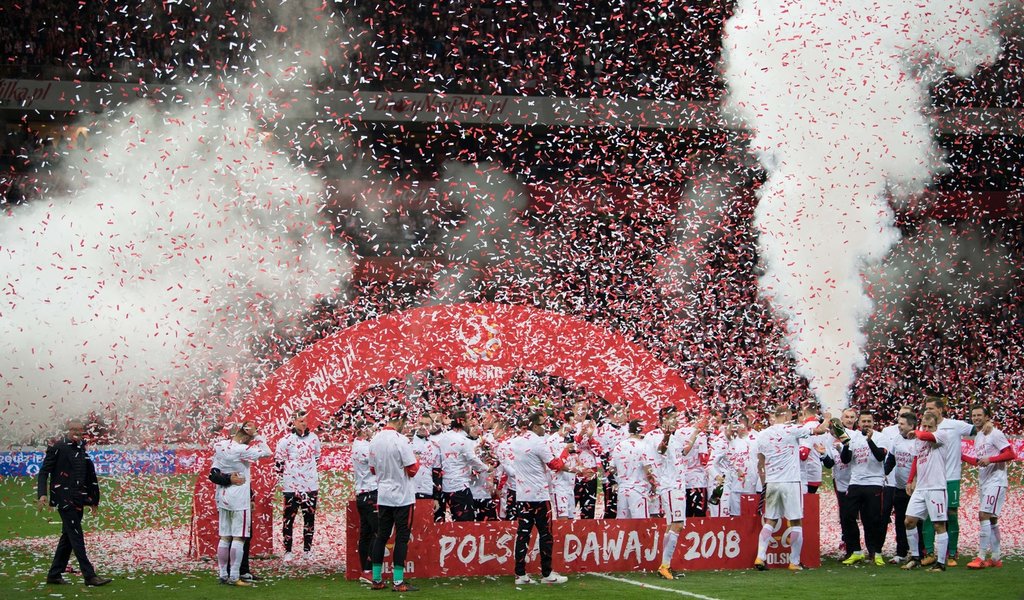 The Polish national football squad has qualified for next year’s World Cup in Russia after defeating Montenegro 4-2 in their last qualifying match in Warsaw on Sunday.

Despite missing several influential players such as Arkadiusz Milik through injury, Poland finished top of their qualifying Group E on 25 points, ahead of Denmark, which made the playoffs after drawing with Romania 1-1 at home on Sunday.

This marks the eighth time Poland have qualified for the World Cup.

After they gave Armenia a 6-1 drubbing in Yerevan on Thursday, Poland were just a point away from punching their ticket to Russia.

In Sunday’s game, midfielder Krzysztof Mączyński opened the scoring for Poland in the sixth minute, and Kamil Grosicki added another goal for the home team in the 16th.

In a nail-biting second half, Montenegro drew level after goals from Stefan Mugosa in the 78th minute and Zarko Tomasevic in the 83rd.

But star striker Robert Lewandowski seized on a defensive blunder to put Poland 3-2 ahead two minutes later, netting his 51st goal for his country in 91 senior appearances.

An own goal from Montenegro defender Filip Stojkovic in the 87th minute sealed Poland’s World Cup qualification in Sunday’s rollercoaster in Warsaw.

Poland's all-time top scorer, Lewandowski has bagged a remarkable 16 goals from 10 games in his team’s qualifying campaign, setting a European qualifying record. Portugal’s Cristiano Ronaldo is one goal behind, with his team still set to play their final qualifier on Tuesday.

Adam Nawałka on Sunday became the first Poland manager to take the national squad to both the European championships and the World Cup.