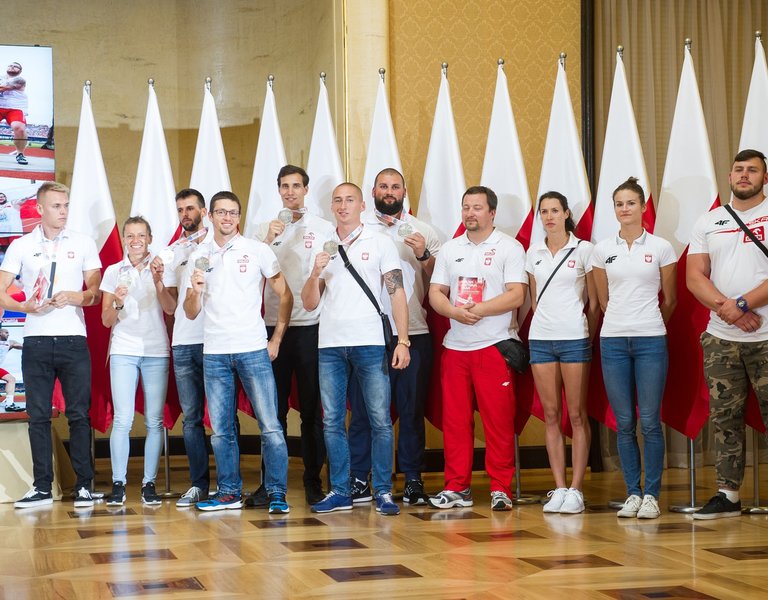 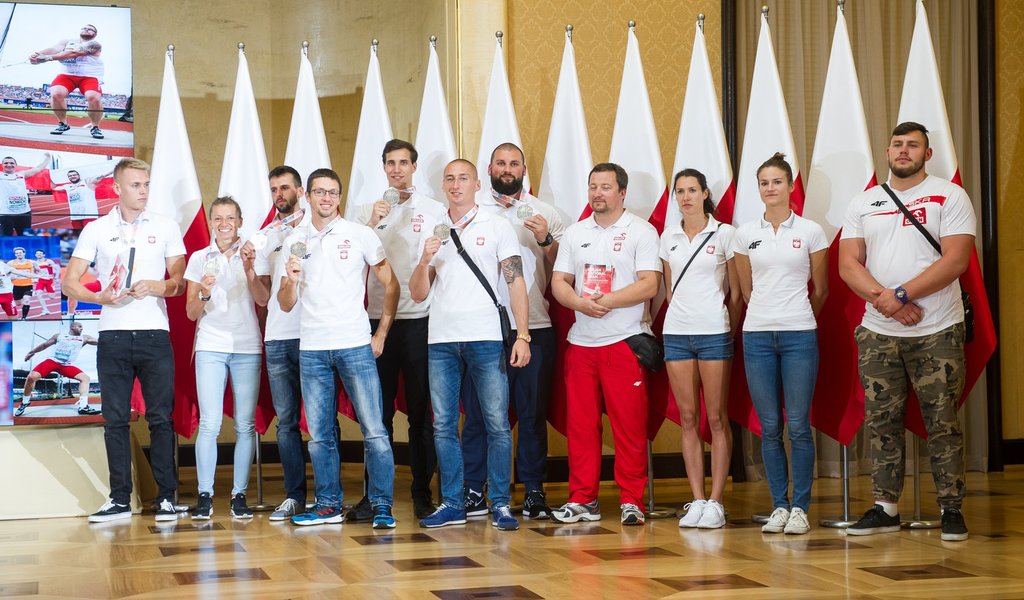 Over 200 Polish athletes will compete for medals at the Olympic Games in Rio de Janeiro. Track and field athletes, handball players and volleyball players are said to be among the top candidates to win a medal.

During the Olympic Games, which will take place in Rio between 5 and 21 August 2016, with 304 medals due to be awarded in 31 disciplines. This is the first time that the Olympic Games are taking place in South America and the second time that they are being held in Latin America (they were organized in Mexico in 1968). Members of the Polish Olympic Committee (POC) and representatives of sports associations are optimistic about Polish medal prospects. “Since the Olympic Games in Athens in 2004, our representatives have always brought back ten medals. We hope that they will win at least ten this time. Our hopes are justified taking into account the condition of our athletes and their places in world rankings,” says Henryk Urbaś, spokesman of the POC.

Polish volleyball players are considered certain to win a medal. “As the current world champion, Poland is one of the top contenders for gold, along with Brazil, Italy, Russia and the USA,” Wojciech Osiński, a journalist at “Przegląd Sportowy” tells Poland.pl. “Out of twelve teams that are to participate in the tournament, we absolutely belong to the strongest ones,” he adds. The prospects of Polish handball players seems to be equally strong, as the team consists mainly of players of Vive Tauron Kielce, the winners of the Handball Champions League. “Just like volleyball players, Polish handball players belong to the group of teams which are actually able to compete for a medal. The minimum goal is to get through to the quarter finals,” says Wojciech Osiński. He also adds that this year’s tournament is going to be the hardest one in the history of the Olympic Games. “Handball tournaments have been dominated by European teams so far. Europeans may now fear Brazil which has recently made not only huge progress, but is playing at home this time, and the host team is usually stronger at home than abroad. Another dangerous competitor from outside the Old Continent is Qatar, the current world vice-champion and the organizer of the world championships last year. This is a team of strong players, including Rafael Capote from Cuba, or Danijel Sarić from Serbia,” says the “Przegląd Sportowy” journalist.

Track and field athletes are the strongest Polish contenders in individual disciplines, as they rank the highest in respective world rankings. “Anita Włodarczyk, the world-record holder and silver medallist in the hammer throw at the Olympic Games in London, is the top contender for the gold medal, as there is almost nobody who is able to defeat her,” says Wojciech Osiński. “If she does not fall ill, does not go over the line, then she is certain to win a medal because her rivals are far behind her. Competitors were also left far behind by Paweł Fajdek, the youngest ever world champion medallist in the hammer throw, and a double gold medallist in the 2013 and 2015 world championships, as well as Piotr Małachowski in the discus throw. Another chance to win a medal belongs to the double Olympic medallist in the shot put, Tomasz Majewski,” adds the “Przegląd Sportowy” journalist.

In the opinion of Henryk Urbaś, Poland will also “get a medal out of water”. Also contending for an Olympic medal is Konrad Czerniak, the specialist crawl and butterfly sprinter, training under the tutelage of Bartosz Kizierowski, the former Polish representative in swimming and champion of crawl sprints and three-time Olympic athlete, based in Madrid for several years now. The 27-year old was tipped to win a medal at the last Olympic Games, but his condition dipped. This time around the experienced swimmer will be able to deal with the pressure and maintain the necessary fitness levels. He is very well prepared. Radosław Kawęcki, a backstroke swimmer, is another great hope of the Polish team. The current European champion in the 200 m backstroke, a multiple European champion and world champion medallist came fourth at the Olympic Games in London. The 25-year old swimmer is unlikely to miss his chance to grab a medal this time around. He is also extremely dangerous for his rivals. Out of over ten swimmers representing Poland at the Olympic Games in Rio, it is also worth mentioning Jan Świtkowski, the outstanding competitor from Lublin, currently training and studying in the USA. Having been trained by his father Andrzej for several years, Świtkowski presented himself to the swimming world in August 2015 during the world championships in Kazan, where he won the bronze in the 200 m butterfly in sensational fashion.

Five competitors will represent Poland in badminton. We will be able to admire a strong pair in mixed doubles, Robert Mateusiak and Nadieżda Zięba. The 40-year old Mateusiak, competing in his fourth Olympic Games, will be the oldest badminton player in the tournament. “This is a sensation as it is not common for somebody to play badminton for such a long time,” says Wojciech Osiński. “Four years ago, Mateusiak with Zięba missed the semi-finals by one shuttlecock, having been defeated by the Chinese double minimally. Hopefully, they will do better this time. Although they are ranked in the top 20 in the world, we may quietly count on a medal,” he adds. In the men’s double, we will see the pair Adam Cwalina - Przemysław Wacha, and in the singles - Adrian Dziółko.

The ping-pong tournament will be the first to be fully staffed. Poland will enter both men’s and women’s teams, as well as two singles into the competition. However, in the opinion of Wojciech Osiński, a medal of any colour in the ping-pong tournament would be a big sensation. “However, it is easier to win a medal at the Olympic Games than at the world championships, because only two Chinese female players and two Chinese male players, being beyond the reach in this discipline, are allowed to compete in each category. Interestingly Natalia Partyka, the triple gold medallist of the Paralympic Games, will represent Poland in the ping-pong tournament, as she will participate both in the Olympic Games and the Paralympic Games in Rio.

We will also see world cycling aces, Michal Kwiatkowski, the 2014 World Champion, and Rafal Majka, who came third in last year’s Vuelta a Espana, compete for the podium. Both cyclists are placed high up in the world rankings and have a very good chance of snatching a medal. However, they need to decide which one of them will be the leader. 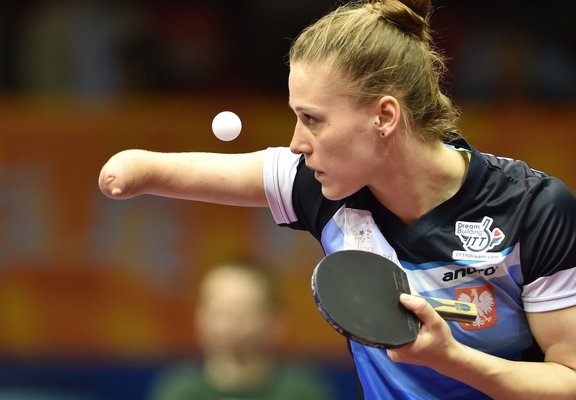 Approximately 80 athletes will represent Poland at the Paralympic Games that will take place on 7-18 September in Rio de Janeiro. The Polish national team consists of 30 athletes, 13 table tennis players and 8 swimmers. The total number is 20 sportsmen fewer than at the last Fourth Paralympic Games in London. Robert Szeliga, President of the Polish Paralympic Committee, explains that many more sportsmen were willing to go to Rio, but the minimum qualification levels were set by the organizers at a high level. However, the Committee hopes that the Polish team will bring back at least as many medals from Rio as it did from London where athletes won 36 medals and ranked 9th in the general classification.

Fourteen gold medallists will compete in Brazil to defend their titles, including Joanna Mendak (swimming), Mateusz Michalski (sprint), Natalia Partyka (tennis table), Maciej Lepiato (high jump), who jumped 2.14 metres – the best result in the world during a recent meeting, as well as Rafał Wilk (cycling). Wilk is a former speedway rider, who devoted himself to cycling after an accident and a partial paralysis. Poles will compete in 12 out of 23 paralympic disciplines, including wheelchair archery and wheelchair fencing. The President of the Polish Paralympic Committee assures that the sports level of the event increases every four years.