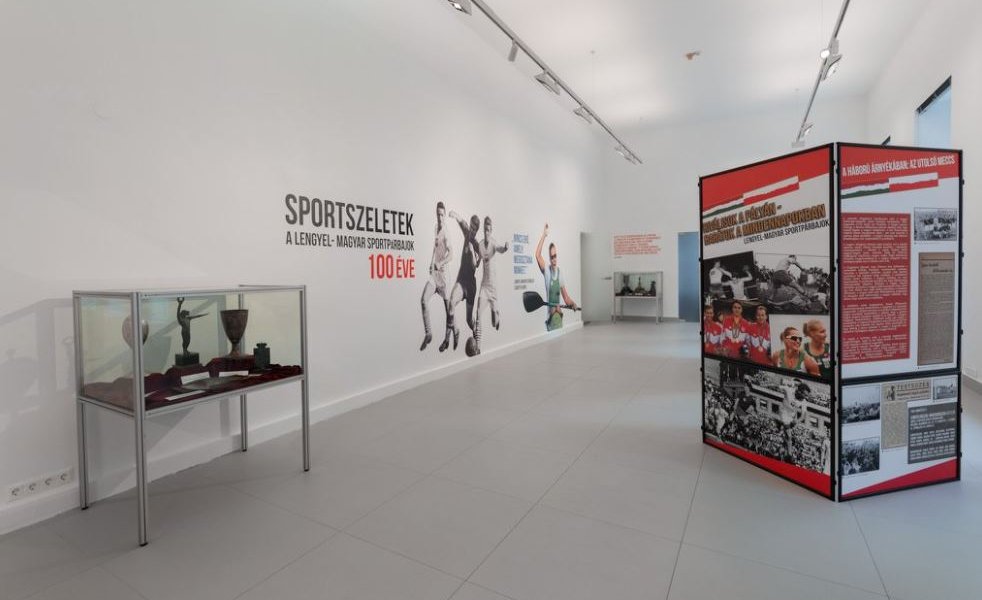 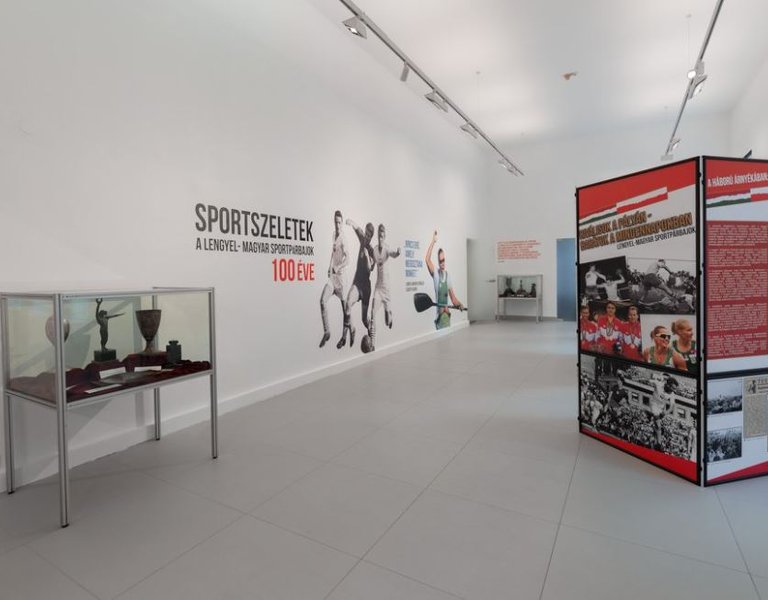 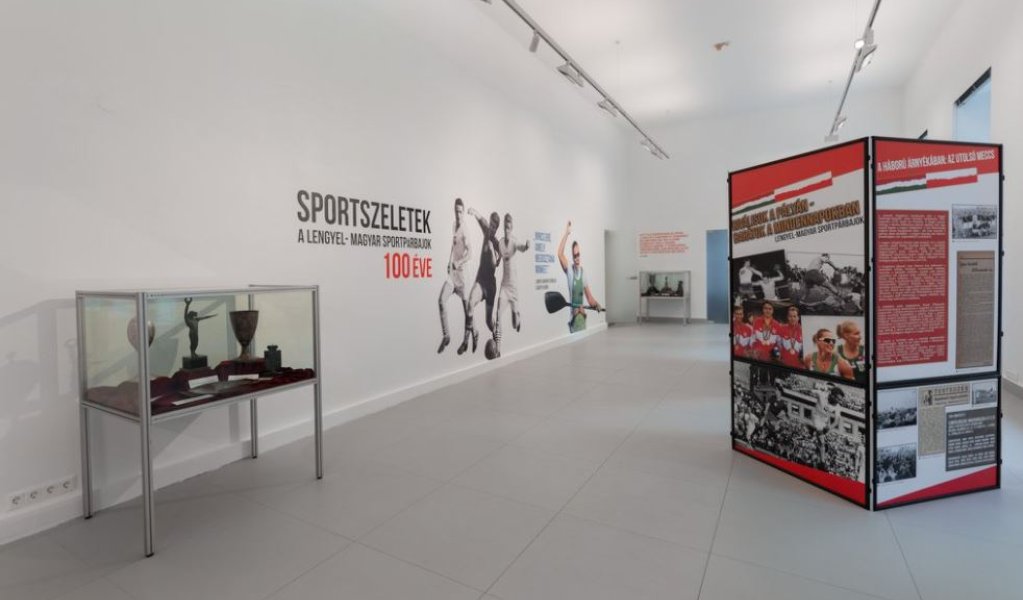 Sport in the independent Poland

The centenary of Polish-Hungarian sporting rivalry is the subject of the latest exhibition at the Polish Institute in Budapest. 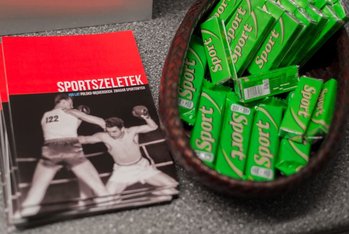 In the very centre of Budapest, on the prestigious Andrássy Avenue, the project SPORTSZELETEK, named after the popular Hungarian chocolate bar SPORT, can be viewed throughout the summer. The main exhibition hall of the Polish Institute has been transformed for the project into a Polish-Hungarian Sports Hall that houses two exhibitions: Rivals in sport. Friends in life and Sport Stars of Independent Poland. The first was inspired by an exhibition with the same name that was shown in Warsaw during the Year of Hungarian Culture 2016/2017. It features sports exhibits in display cases, courtesy of the Hungarian Olympic & Sports Museum. Enlarged photographs and quotes from well-known athletes adorn the walls. 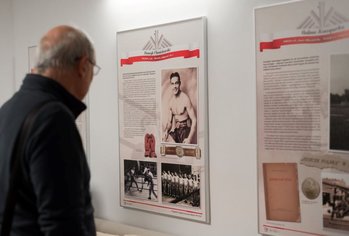 The second exhibition, created by the Museum of Sport & Tourism in Warsaw and commissioned by the Polish Ministry of Foreign Affairs, focuses on the icons of Polish sport in the interwar period, which gave a recognisable face around the world to the newly reborn Poland, and united Poles in pride. “It is amazing how many of these names have survived in the collective memory until today: Janusz Kusociński, Żwirko and Wigura, Jadwiga Jędrzejewska and Stanisław Marusarz. This is probably because many of them fought heroically for Poland during World War II, some making the highest sacrifice,” said Prof. Jerzy Snopek, Poland’s ambassador in Budapest, who is privately passionate about sport and an expert in this field.

The exhibitions were opened jointly by the heads of the Hungarian institutions that are project partners: György Szöllősi – editor-in-chief of weekly paper Nemzeti Sport, Lajos Szabó – director of the Hungarian Olympic & Sport Museum and Miklós Mitrovits – head of the website ekstraklasa.hu and author of texts for the exhibition Rivals in sport. Friends in life. Lajos Szabó remarked that while in the first decades Poles learned from Hungarians, for example the coach of the first Polish national team in football was Imre Pozsonyi, often later “the student outdistanced the master.” This happened not only in football, but also in fencing and wrestling. Miklós Mitrovits shared anecdotes about legendary athletes and rivalries. He also stressed the unprecedented friendship among fans from Poland and Hungary, who support each other and celebrate important national anniversaries. 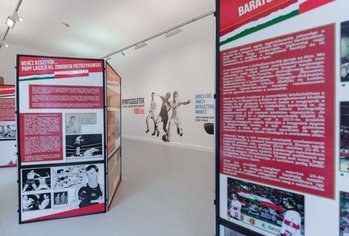 ‘“There is no force that would divide us’ – this banner from the stands at a handball match between teams from Kielce and Szeged says everything about Polish-Hungarian relations, and especially about our sporting relationship. I am very happy that this project is being carried out as part of the anniversary of the rebirth of Poland and the sporting fever associated with the World Cup in Russia,” Jarosław Bajaczyk, deputy director of the Polish Institute, noted in his address.

Part of the opening was the screening of the documentary Mute Resonance, which tells the story of June 1958 when news of the death sentence carried out on Imre Nagy, the communist prime minister of Hungary during the 1956 revolution, reached Poland. During a match played between Budapest Honvéd and Ruch Chorzów, the players, referees and supporters celebrated his memory with a minute’s silence, which was an act of great courage.

The Hungarian Cultural Institute in Warsaw and the Museum of Sport and Tourism in Warsaw are also project partners.