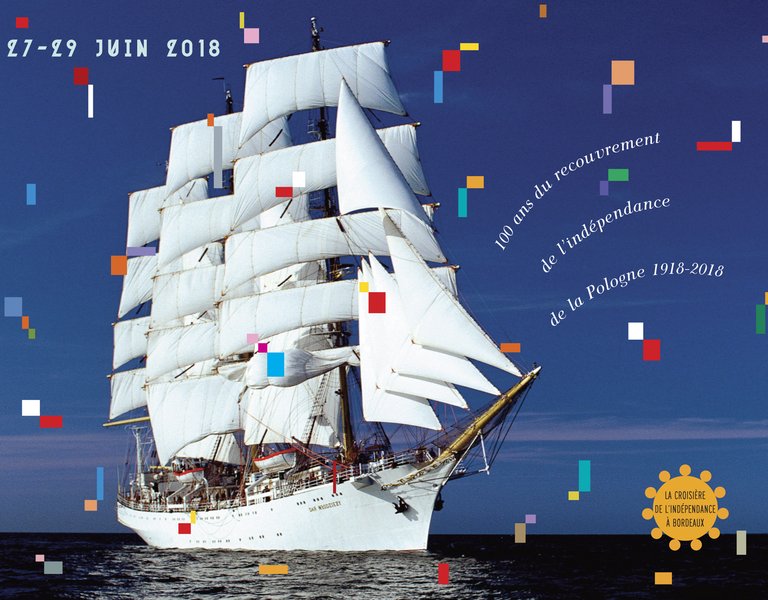 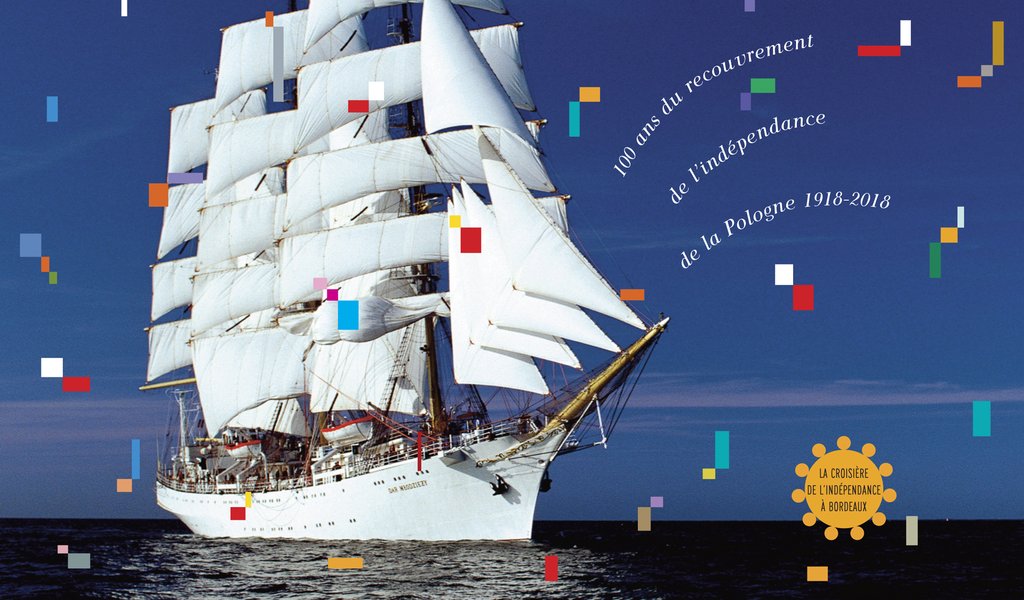 Dar Młodzieży, a training sailing boat of the Maritime Academy of Gdynia, is making it way around the world as part of the celebrations marking Poland’s 100th anniversary of regaining independence (20/05/2018–28/03/2019). On 27–29 June it will call at the port of Bordeaux at the invitation of the city’s Mayor Mr Alain Juppé. For two days a lot of attractions will be prepared at the main quay. 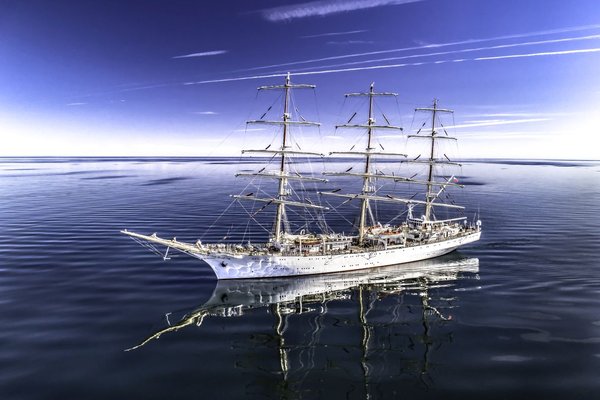 The docking of the ”Dar Młodzieży” (“Gift of the Youth”) sailing boat will be accompanied by many attractions: an acrobatic performance on ropes presented by the Gdansk group "Mira Art", a shanty concert performed by the band "Roaring Twenties”, an exhibition on board of a sailing ship titled “The Polish Army in France in World War I and its fight for Polish borders,” a presentation to local media of the “Independence Voyage” concept, explained within the context of Polish history. Also offered will be an event on economic cooperation between Poland and Nouvelle-Aquitaine, a meeting dedicated to the promotion of tourism in Poland, a visit to the ship by students of the Polish school in Bordeaux “Kleks” as well as visit open to the general public and a reception held under the patronage of the Polish Ambassador in Paris, Tomasz Młynarski and the Mayor of Bordeaux, Mr. Alain Juppé. The latter event will be hosted by the captain of the 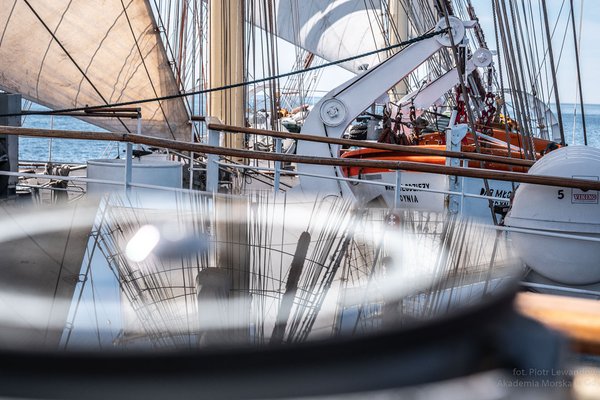 sailing ship for guests from Bordeaux and the local Polish community.

The voyage has been organised to mark the 100th anniversary of Poland regaining its independence. The co-organisers of the cruise are: the Ministry of Maritime Economy and Inland Navigation, the Maritime Academy in Gdynia and the Pallottine Missionary Foundation Salvatti. Over 1,000 young people divided into 6 shift will take part in the cruise. The sailing ship left the port of Gdynia on May 20, 2018. It is due to visit 22 ports in 18 countries. After visits in Gdynia, Tallinn, Copenhagen, Stavenge, Szczecin, Bremerhaven and Bordeaux, the ship will set off towards Tenerife and then will enter ports in Dakar, Cape Town, Mauritius, Jakarta, Singapore, Shanghai, Osaka, San Francisco, Los Angeles, Acapulco , Panama, Miami, Ponta Delgada, London, before finally returning to Gdynia.

The sailing ship was built in the Gdańsk Shipyard Lenin in 1981, in part on the basis of contributions within the community. The ceremonial raising of the flag took place on July 4, 1982. The ship’s sponsor was Helena Jurkiewicz, the wife of the distinguished commander of the "Dar Pomorza” ship, Capt. Kazimierz Jurkiewicz. In the years 1987-1988, under the command of Captain Leszek Wiktorowicz, it travelled around the world by way of Cape Horn.