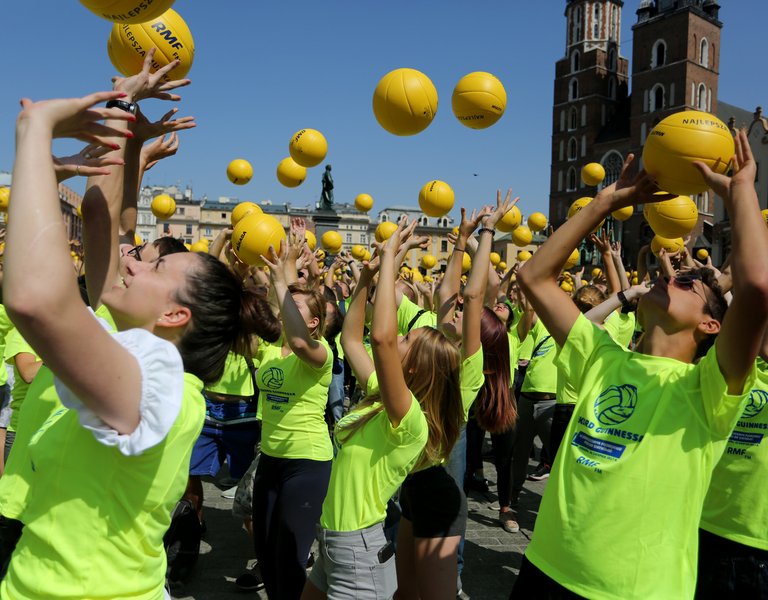 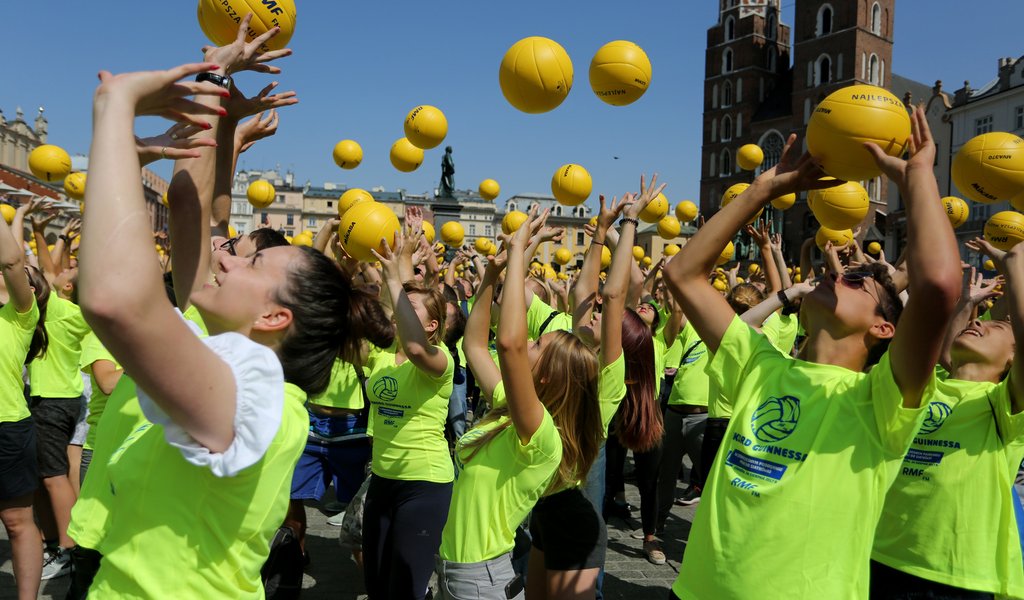 More than 1,800 people have simultaneously bounced volleyballs off their fists in Kraków's main square in a Guinness World Record attempt coinciding with Thursday's launch of the European Volleyball Championships in Poland.

More than 1,880 people took part in the event but 1,806 people kept the ball in the air for ten seconds, to meet the rules, and they await Guinness's confirmation of their record-breaking attempt.

The record previously belonged to 299 people in Taiwan.