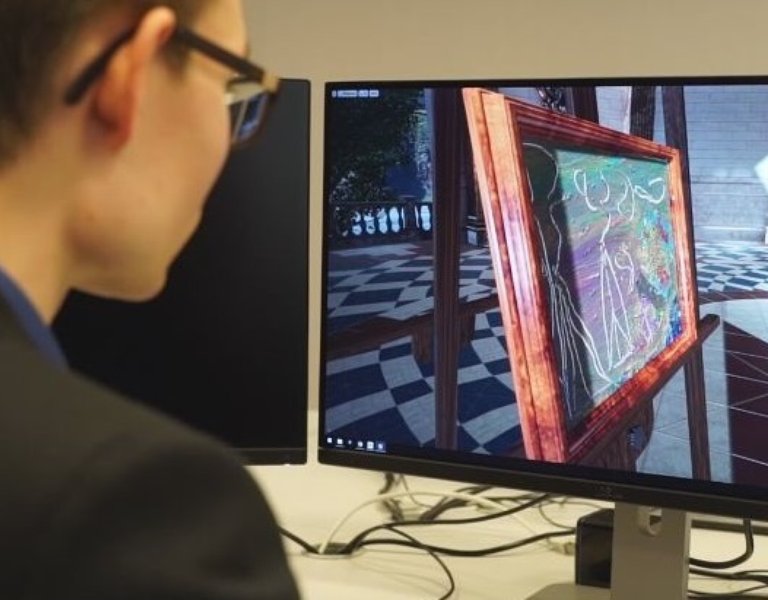 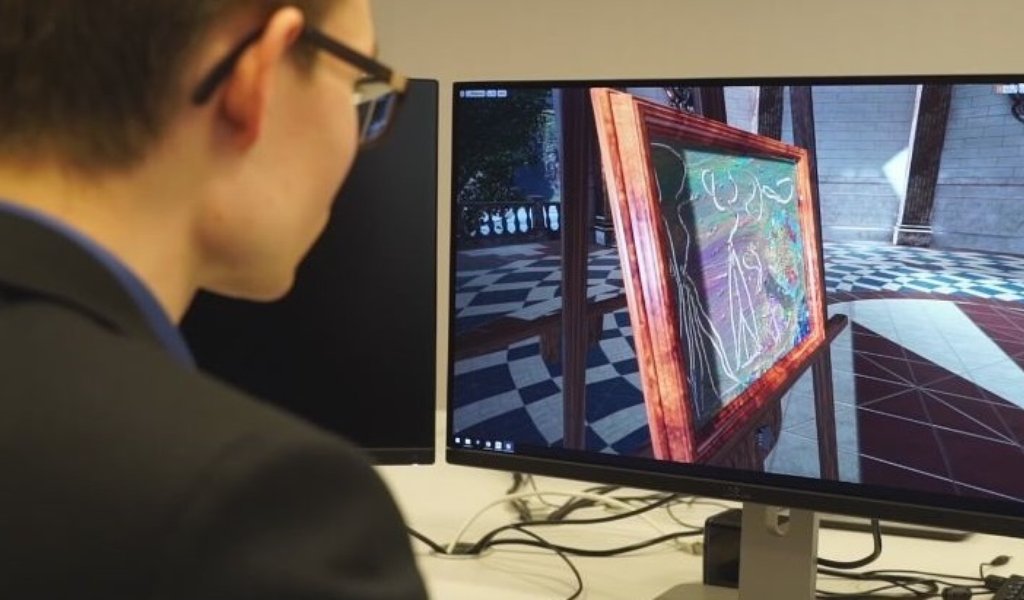 Virtual reality (VR) technology can be used to present works of art. One of the companies in BioNanoPark Łódź is the first in Poland to develop a system that uses photogrammetry to digitise oil paintings and present them in 3D.

VR technology faithfully reproduces the painting; it allows to see every brush stroke and place where the artist put a thicker layer of paint. This creates the illusion of looking at a real work of art - says Dana Tomczyk-Dołgij from the Foundation for the Promotion of Art 'Niezła Sztuka'.

Photogrammetry is a method of generating the third dimension by using data from two-dimensional, flat, overlapping photos taken at various angles, explains Wiktor Wesołowski, president of Vescom, a company that works on a system that will use photogrammetry to digitise and present images in 3D.

"To put it simply, this technology allows us to extract the third dimension from ordinary, flat photographs. It requires a lot of photographs taken at various angles, and then a lot of time to calculate it, because the mathematical algorithms are quite complex and really require a lot of time for computing. Ultimately, we can obtain a fully three-dimensional image, even with an ordinary mobile phone camera" - explains Wesołowski.

VR experts from Łódź have attempted to extract the third dimension from an object in which it is very delicate - an oil painting. They have used macro photography for this purpose.

In the case of a small painting, they take 500 to 1000 largely overlapping photos from a close distance. They repeat it at angles between 0 and 30 degrees. They have also developed algorithms that allow to convert the data obtained from these 2D photos and generate a texture with a huge quality of 8 billion pixels, as well as the third dimension of the image.

"It really allows to extract the depth of the painting with precision that shows the traces of each use of a brush or thickening on the paint, shows how light works on it, which is an important part of experiencing art" - he adds.

Ultimately, experts are trying to achieve an effect that will allow for automated digitisation, which will significantly accelerate the process. They also want to apply cloud solutions, allowing museums to remotely send data to the server room, which will speed up their conversion. The finished product would go back to the cloud and become available to the institution that undertook digitalisation.

"We believe that it will find application in the digitisation of works of art, for both scientific and perhaps reconstructive purposes... and above all, to bring art to the masses, perhaps to young people who are more used to VR technology than to visiting museums" - he says.

Wesołowski admits that the company is already after talks with Polish museums interested in creating VR stations. This would allow museums to present the works of the world`s greatest artists that they would not be able to loan, but that would thematically fit the given exhibition.

"I think that this way of presentation of paintings can find a large audience. It will also increase the quality of museums and the diversity of their exhibitions" - says Wiktor Wesołowski.

Dana Tomczyk-Dołgij from the "Niezła Sztuka" foundation agrees. She notes that VR technology has already been used to present works of art. A spectacular example of this was a virtual exhibition where five versions of Vincent van Gogh`s Sunflowers were presented in a virtual space.

"These paintings will never really meet in the real world, but they can be admired online and over the past six months they have been viewed by over 7 million people. This shows how fascinating this technique is" - she emphasises.

She believes that it is a sensational promotion for museum collections, because VR - thanks to the third dimension - shows the details of the work: viewers can see the traces of brush strokes, places where the artist put a thicker layer of paint, or cracks on the canvas.

"It is a promotion that faithfully reconstructs the work of art, creates an illusion of looking at a real painting. I think that it could be used to present paintings online. On the one hand, it would show museum collections to a wide audience, in very good quality, on the other hand - it would encourage viewers to visit these museums" - argues Dana Tomczyk-Dołgij.