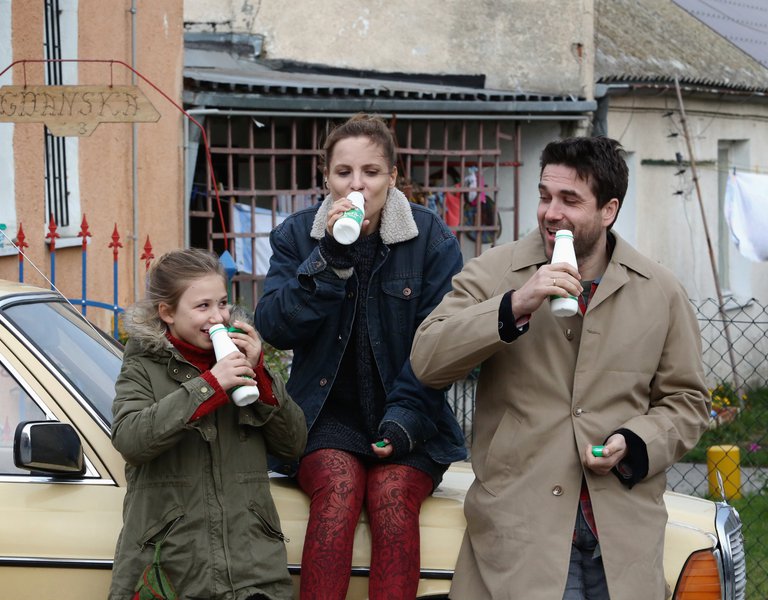 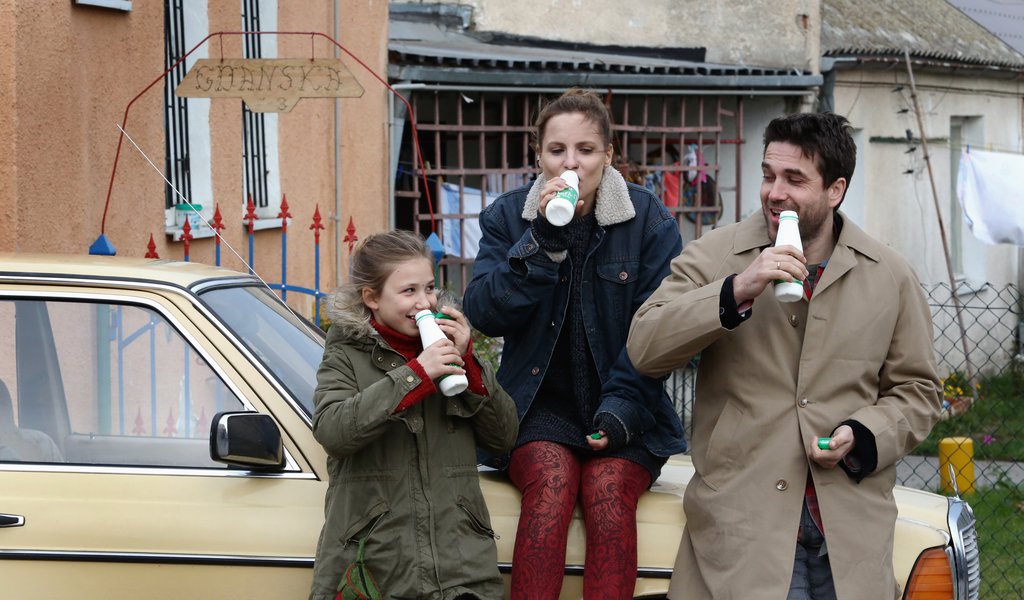 From 10 to 19 October, 111 films from all over the world were presented during a special, jubilee edition of the Warsaw Film Festival organised already for the 30th time.

In the second week of October, 111 films from all over the world were shown in five WFF competitions. Fifteen films compete for the main award in the most prestigious International Competition, including: “Felix and Meira” by Maxime Giroux from Canada, about an affair between a woman from an Orthodox Jewish community in Montreal and an atheist; “In the Crosswind” by Martti Helde from Estonia, a moving diary of a young Estonian woman who after being deported in 1941 went through the Siberian hell; and “The Heart and the Sweetheart” by Jan Jakub Kolski from Poland, about Maszeńka, an 11-year-old girl who escapes an orphanage with her guardian in order to get on time for an entrance exam to a ballet school. 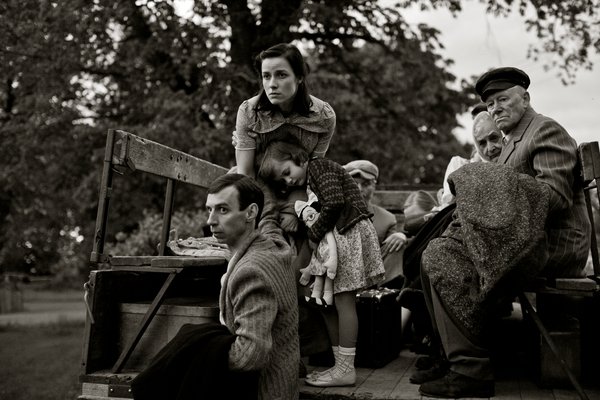 Entries to the Documentary Competition include “Gottland” by the students of Prague’s FAMU film school, inspired by a series of reports by Mariusz Szczygieł with the same title. Young Czechs were inspired by an unusual take of the Polish journalist on the history and everyday life of their country. In the Canadian-UK documentary “The Culture High”, director Brett Harvey raises the current problem of marijuana, which for some people is a dangerous addictive drug, and for others a wonderful medication.

The retrospective of biographical movies looks interesting. The protagonist of “Beltracchi – the Art of Forgery” by Arne Birkenstock is the author of the biggest scandal in the post-war history of art collection, who sold over 300 brilliant counterfeits of works by such painters as Andre Derain or Max Ernst. The story of a Polish-American director who, before ending up in Hollywood, worked as a special agent chasing war criminals, is narrated by his son, Adam Bardach, in “Dancing Before the Enemy: How a teenage boy fooled the Nazis and lived”, and the story of Tinto Brassie, an icon of Italian erotic cinema, is told by director Massimiliano Zanin in “Istintobrass”.

For several years now, the Festival has been accompanied by the CentEast fair, during which producers present their film projects and try to obtain funding. It is CentEast that helped Myroslav Slaboshypytskiy to raise funds for his Ukrainian film “The Tribe”, which won three awards in Cannes. Accompanying events also include workshops for the authors of short films – Shorts Warsaw, and the 11th workshops “The Art of Editing” organised together with the Polish Association of Film Editors (PSM).

The first edition of the Warsaw Film Festival organised in 1985 presented no more than 30 films, and due to the lack of digital subtitles, which did not appear until the 1990s together with the first Festival computers, Polish dialogue lists would be read out live during the screenings. WWF, which with each edition presented more and more movies from all over the world and attracted increasing numbers of spectators from the whole country, is believed to have created fashion in Poland for artistic cinema of such directors as Jim Jarmusch, Emil Kusturica and Peter Greenaway. The efforts of enthusiasts from Warsaw paid off – in 2009, 24 years after the first edition, the Warsaw Film Festival was recognised by the International Federation of Film Producers Associations as one of the most important international film festivals.

Several hundred authors from all over the world will come on 15 November to Bydgoszcz for the 22nd International Film Festival of the Art of Cinematography CAMERIMAGE, which was included on the list of sites, institutions and events with the greatest potential to shape the image of a modern, creative and economically strong Poland, developed by the “Brief” magazine to celebrate the 25th anniversary of Poland’s freedom.

Over 300 films, including world, European and several dozen Polish premieres, are divided into 10 competitions. In the Main Competition, over a dozen films, including three by Polish directors, will compete for the Golden Frog award. “Gods” by Łukasz Palkowski is a biography of Zbigniew Religa, a distinguished cardiac surgeon, who for the first time in Poland successfully transplanted a heart in 1985. The late Professor Religa, who also served as the minister of health in the previous decade, is played by Tomasz Kot, known for his bravura performance as Ryszard Riedel, a famous Polish bluesman, in a biographical film “Destined for Blues”. The audience will also watch the most recent movie by Krzysztof Zanussi, “Foreign Body”, a Polish-Russian-Italian co-production about an Italian Catholic, a corporate employee, who meets a Polish girl – Kasia. Young people fall in love, but after returning to Poland, the girl decides to enter a convent. Another Polish nominee to the Golden Frog is the “Field of Dogs” by Lech Majewski, a story of an academic lecturer who, bereaved after the deaths of his girlfriend and best friend in a tragic accident, starts working as a cashier in a supermarket.

Other well-known Polish films from the previous months will be presented in the Polish Film Competition: the monumental “City 44” by Jan Komasa about young Warsaw insurgents, “Jack Strong” by Władysław Pasikowski, in which Marcin Dorociński plays Ryszard Kukliński, a colonel in the Polish Army who in 1972 started to collaborate with the CIA, “The Heart and the Sweetheart” by Jan Jakub Kolski or the “Nude Area” by Urszula Antoniak, telling the story of the first love between two 15-year-old girls, one of them Dutch, and the other one a Muslim.

Camerimage organisers award as many as eight special prizes, including one to Caleb Deschanel, an American film director and cinematographer, the camera operator e.g. in “Message in a Bottle” directed by Luis Mandoki starring Robin Wright, Kevin Costner and Paul Newman. The Award for the Cinematographer with Unique Visual Sensibility will be presented to Martin Walsh from the UK, Academy Award winner for Film Editing in “Chicago” directed by Rob Marshal (2002), who edited such well-known films as “Bridget Jones’s Diary” by Sharon Maguire (2001), “V for Vendetta” by James McTeigue (2006) and “Clash of the Titans” by Louis Letterier (2010).

Already for the second time, the Festival programme includes a 3D Film Competition, presenting movies born out of the marriage of film with 3D technology.

Camerimage has been held since 1993. The first seven editions were organised in Torun. In 2000, Marek Żydowicz, the Festival’s initiator and director, moved the event to Lodz, and in 2010 to Bydgoszcz. In 2014, the Festival director signed an agreement with the Bydgoszcz Municipal Office on the Festival organisation in the next three years, which involves subsidies from the city budget in the amount of PLN 2.5m a year. Camerimage organisers also work to engage city inhabitants in the Festival. As part of the Homestay programme, in exchange for hosting students coming to the Festival, the citizens of Bydgoszcz may count on free tickets for films and accompanying events. 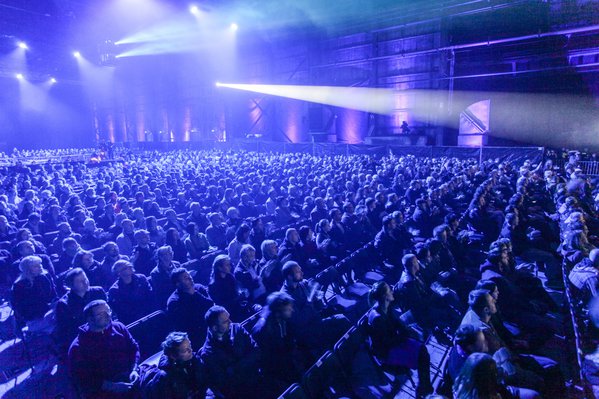 The Sputnik over Poland festival of Russian cinema will start on 7 November in Warsaw, and after its close on 17 November will make a tour around over 40 cities in Poland. By March 2015, over a hundred movies will be possible to watch in the most distant parts of Poland.

The eighth edition of Sputnik, also called the biggest festival of Russian cinema outside Russia, will be dedicated to science fiction. Spectators will get to know the works of Pavel Klushantsev, who inspired such famous artists as George Lucas or Stanley Kubrick; the film adaptations of novels by the Strugackie Brothers and Vladimir Sorokin; and films of Fedor Bondarchuk. The “Kaleidoscope” section will present the most famous Russian feature films, and “The Best of Sputnik” will include cult movies from the previous festival editions. The youngest spectators will be able to watch Russian cartoons from the “Little Sputnik”.

The nominees to Sputnik’s Grand Prix include “Test” by Alexander Kott, “Durak” by Yuri Bykov and “The Hope Factory” by Natalia Mieshchaninova.

As each year, the 19th edition of the Cinergia Forum of European Cinema held in the film capital of Poland – Lodz in the second week of November (7–14 November) will present the new cinema of the Old Continent. On the 100th anniversary of the outbreak of World War I and the 10th anniversary of Poland’s accession to the European Union, the organisers want to show works that combine tradition and modernity, history and contemporary times, the films of great masters and of novices, politics and art. Spectators will watch movies grouped in several programme sections: European Debuts Competition, Polish Debuts Competition, Carlos Saura’s Films Retrospective, Peter Greenaway’s Works Retrospective, New Italian Cinema, New Turkish Cinema, Female Directors in European Cinema, Film Discoveries of Europe, and Special Screenings.

The nominees to the Golden Boat in the Polish Debuts Competition include “Deceived” by Marcin Solarz, “Waterline” by Michał Otłowski and “Boyfriend (not)Needed Right Away” by Weronika Migoń.

Euroshorts at the Baltic Sea

In the last week of November, Gdansk traditionally turns into the capital of short movies. This year’s 23rd edition of the “Euroshorts” European Film Festival will commence on 24 November and end on 30 November. The event, dedicated above all to short films and creative commercials, each year attracts authors from all over the world, and its organisers qualify to the programme less than 100 from several hundred movies (last year there were 600 submissions). International jury will evaluate films in four categories: feature films, documentaries, animations and experimental films.

Documentaries from all over the world, also those banned by totalitarian regimes, will be shown in Warsaw from 5 to 14 December during the 14th International Film Festival Watch Docs.

“Films do not overthrow inhumane regimes (...); nevertheless, films are one of the most important factors shaping our conceptions and sensibility,” write the authors of the Festival, whose name is a play on words: “watchdogs” and “watch docs”.

The first edition of WATCH DOCS was held on 2001 on the initiative of the Helsinki Foundation for Human Rights. Since the very beginning, the Festival has been co-organised by the Centre for Contemporary Art Ujazdowski Castle in Warsaw, and since 2005 also by the Social Institute of Film, established to support documentary cinema, especially social documentaries from Central and Eastern Europe.

Admission to all films is free of charge.