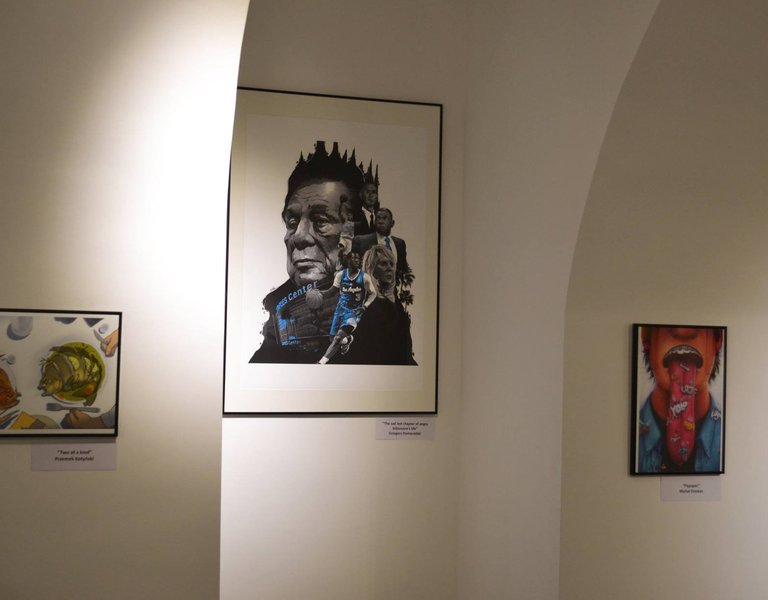 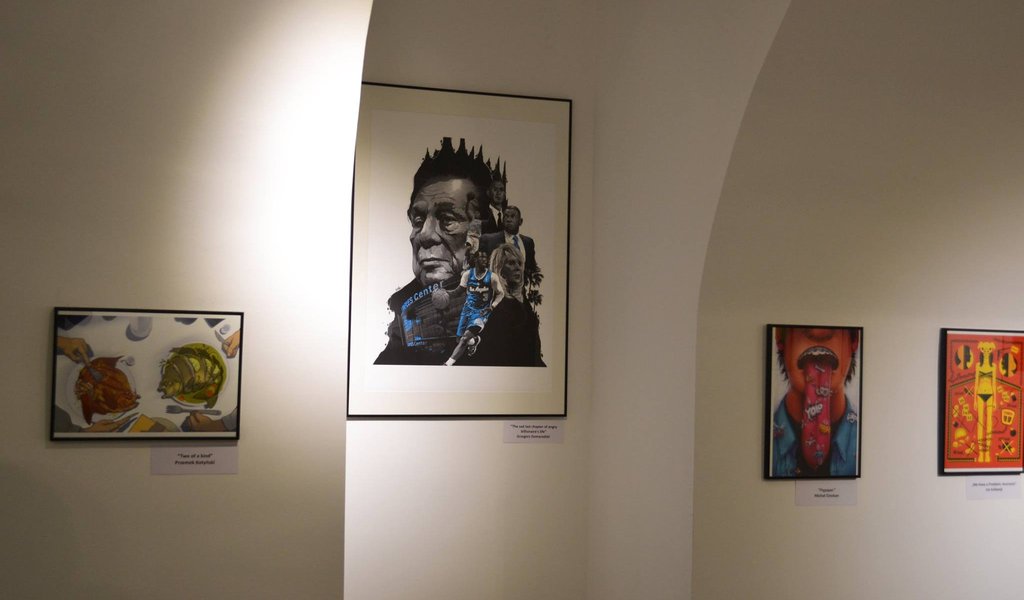 "The Best Polish Illustrators" at the Polish Institute in Vienna

On Thursday January 19th an exhibition was unveiled at the Polish Institute in Vienna titled "The Best Polish Illustrators," presenting the most interesting works produced by the young generation of Polish illustrators. The exhibition showcases nearly 40 different press illustrations.

The exhibition was organised in co-operation with the SLOW Foundation, which in December 2016 published an album devoted to the most outstanding Polish illustrators of the younger generation. In the album one can find the work of 39 contemporary Polish illustrators.

The album was presented in Vienna for the first time during the opening of the exhibition, which was attended by many representatives of the artistic community in the Austrian capital. The exhibition itself was the first official event linked to its promotion.

During the opening of the exhibition, guests were welcomed by the director of the Polish Institute, Rafal Sobczak, who expressed his great satisfaction that the exhibition had attracted such large interest.

Director Sobczak stressed that this is the second exhibition presented in the newly arranged Polish Institute Gallery, the first having been the “Simple World” exhibition in November 2016, displaying photographs by the young Polish photographer Marcin Ryczka as part of the Month of Photography in Vienna,

"The premises of the Institute have undergone a major renovation, thanks to which the opening of the gallery became possible. We believe that the gallery located in the heart of Vienna is a popular destination for those interested and its doors are always open to you, as are the doors of our Institute,” said Director Rafal Sobczak during the opening of the exhibition.

Also attending the opening in the capacity of a special guest was Bartosz Klonowski of the SLOW Foundation, who talked about the “The Best Polish Illustrators” project as an interesting example of a project realized through crowd-funding.

"The album bearing the works of the best Polish press illustrators is the result of many months of work. This is a project that matured over the years," said Bartosz Klonowski, who pointed out that the album presents only press illustrations. It is possible that in the future the Foundation will publish another album, this time focused on book illustrations.

"Our goal is for the Polish Institute Gallery to showcase the works of young Polish artists. For it to present wonderful, Polish contemporary art,” Director Sobczak said.

On Friday January 20, at the invitation of Director Rafal Sobczak, the exhibition was visited by the Polish Ambassador in Austria Artur Lorkowski, the Consul General Aleksander Korybut-Woroniecki and Prof. Boguslaw Dybaś, the Director of the Academy of Sciences branch in Vienna.

A selection of the best press illustrations within "The Best Polish Illustrators” exhibition is open to the public until February 17, 2017.