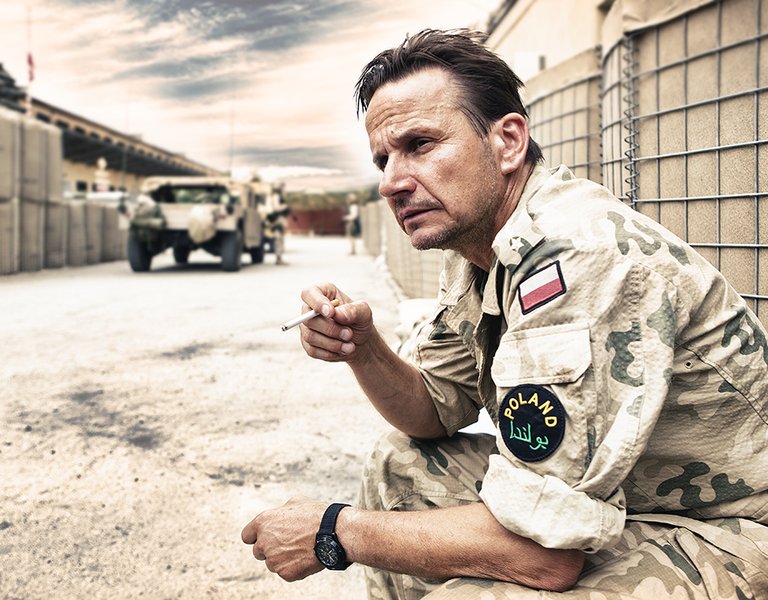 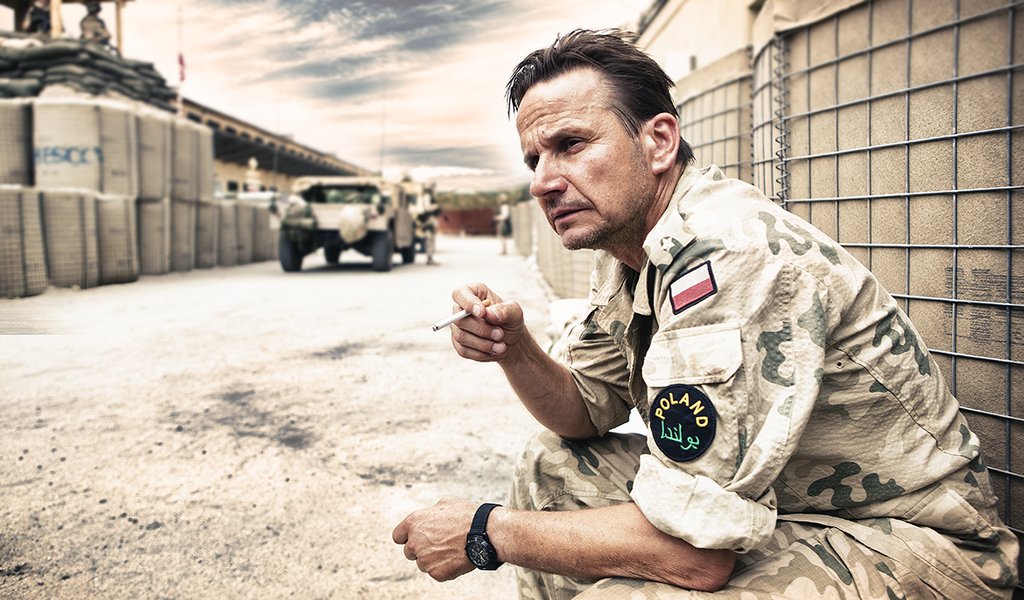 Poland’s biggest names in cinema have come together for the 40th edition of the Gdynia Film Festival, which kicks off Autumn’s film festival season in Poland. 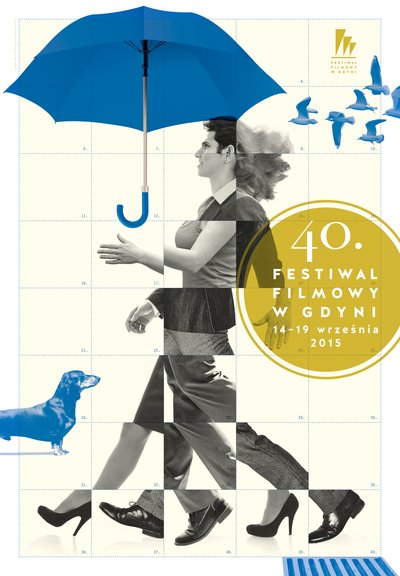 The 40th edition of Gdynia Film Festival, Poland’s largest cinematic event, will start with much fanfare on 14 September. The event’s opening gala will, for the first time in history, bring together Poland’s film elite from the past half century. The anniversary event is set to pay tribute to laureates of the Gdynia Film Festival spanning the last forty years.

“This will be an unprecedented event. On the evening of 14 September, Gdynia’s Musical Theatre will host all previous winners of the festival who are still with us and were able to accept our invitation. Polish culture and cinema has experienced so many traumatic events that its continuity deserves special recognition and support. That is why this event, which is one of a kind, is such a special occasion,” Michal Oleszczyk, artistic director of the Gdynia Film Festival told Polska.pl.

Another first is that this year the festival’s jury will consist exclusively of Poles, led by Allan Starski, who won a Best Scenography Oscar for Steven Spielberg’s film “Schindler’s List.” The jury will include the costume designer Anna B. Sheppard, a three-time Oscars nominee, the actress Grazyna Szapolowska, composer Antoni Komasa-Lazarkiewicz as well as producer and screenwriter Krzysztof Rak. Together they will appraise a total of 18 films. Among these films are six cinematic debuts (including Maciej Migasa’s “Live not die” which has just entered Polish cinemas), four films already shown in cinemas (such as Malgorzata Szumowska’s “Body”), eight premieres (including Jerzy Skolimowski’s “11 Minutes” that were screened at this year’s Venice Film Festival or "Karbala" directed by Krzysztof Łukaszewicz that entered cinemas on 11 September). The films will compete for Silver and Golden Lions as well as many other individual awards.

Forteen films created outside of the Polish cinematography framework, including professional and independent productions, will compete for the Short Feature Film Award whilst 20 films will vie for the Young Filmmakers Award. The festival also promises to offer a number of interesting features separate from the awards. The Classics component of the festival will consist of digitally reconstructed classics of Polish cinema, such as: Waldemar Borowczyk’s “Story of a Sin” based on the – at the time scandalous – story by Stefan Żeromski, Edward Żebrowski’s 1979 film “Hospital of the Transfiguration" based on Stanisław Lem’s book as well as Tadeusz Chmielewski’s 1979 film “I don’t like Mondays”, a satire on the absurdities of life in Communist Poland. Partners of the film festival, including HBO and T-Mobile’s New Horizons, will also have an opportunity to present short films. Another section of the festival, called Kryptonim MOrd, focuses on police-related films and was made in co-operation with TVP Kultura. Polonica, a staple of the Gdynia Film Festival, will present six foreign productions starring Polish actors. Expectations are also high for a section of the festival focusing on films covering Gdynia. Andrzej Mańkowski’s documentary “On Cinema: Bokiniec,” which tells the story of Gdansk-native Lucjan Bokiniec, the creator of the Gdynia Film Festival, the focal point of cultural life in Poland’s Tri-City region and a big cinema enthusiast. Eryk Lenartowicz of Gdynia will show two films. The feature film “Fast Food” tells the story of an employee at a fast food joint whose structured life is thrown into disarray by a new neighbour. Lenartowicz’s other film, “Sunday,” is about a couple that has been together for many years but is drifting apart. Within the Gdynia section we will also see Jerzy Radosa’s video clip entitled “Eleonora” which accompanies the music of the band Ajagore. 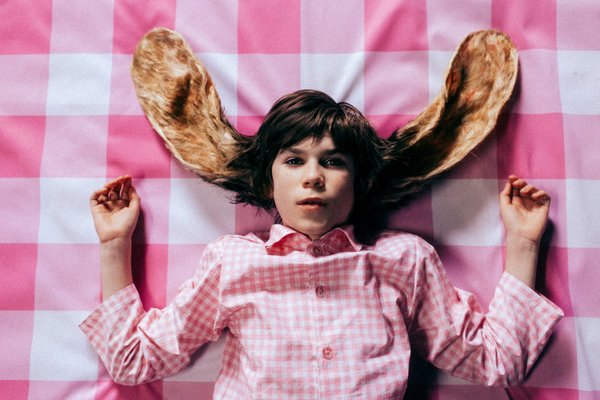 “Media attention will no doubt focus on the festival’s main competition, but I also recommend the New Perspective Competition, which presents brave pieces of work such as Kuba Czekaja’s visionary debut “Baby Bump.” Another film in this category is Mariusz Grzegorka’s “Singing Tablecloth”, which was made by a group of students from Łodz Film School. The energy of this young team can really be felt when watching the film. “There is so much to discover at Gdynia this year,” Michał Oleszczyk tells Polska.pl.

The opening film of the festival, Michał Bielawski’s documentary “With a blink of the eye” looks at the history of the Gdynia Film Festival. Starting in 1975, the festival initially attracted 600 guests and 5,000 viewers. In 2014, these figures had increased to 2,600 guests and an audience of 47,000. On the eve of the 40th edition of the festival, guests will celebrate the opening of Gdynia Film Centre, which will host some of the screenings, workshops, concerts and exhibitions.  During the year, the centre will be the headquarters of Gdynia Film School.

Gdynia Film Festival will mark the start of the Autumn film festival season in Poland. Warsaw Film Festival, held between 9-18 October 2015 will offer screenings of films from around the world, some of which will not enter distribution. The 15th Watch Docs International Film Festival, held on 4-10 December, will show films about human rights violations.

An international film festival showing work by young filmmakers under the age of 21. The festival is organized by the Federation of Independent Filmakers and the Stanisław Staszica Public Library in Warsaw. Last year the festival received over 200 films from around the world.

More information on the festival can be found at: upto21.pl

The Ars Independent Festival, organized by the Katowice Culture Institute and taking place for the fifth time, will feature work from across the audio-visual spectrum: animation as well as video and music. Every year the jury hands out “black horse” awards, this time in three categories: Black Horse (full-length feature film), Black Horse Animation (short animated films), as well as Black Horse Video Games.

The festival presents well-produced films for children, the majority of which have not yet been shown at Polish cinemas. The films also include international debuts and productions that have already been shown at film festivals around the world.

The 13th Tofifest International Film Festival – a Toruń-based festival which last year screened 130 films from across the globe. The festival presents films that focus on important world events and showcases work by artists from conflict zones and occupied territories.

The 13th edition of the festival acts as a trans-border Polish-German cultural forum. Organised by the OFFicyna Association, the festival is held in Szczecin as well as several other cities in Poland and Germany. The event includes the latest trends in image and sound processing.

The 9th edition of the Russian Film Festival “Sputnik over Poland” will, like every year, present films by both famous Russian filmmakers as well as first-time directors. Fans of Russian cinema, language and culture will flock to Warsaw cinemas “Iluzjon” and “Luna” where the screenings will take place.

The festival, now in its 9th edition, was created as a Vietnamese film festival with the purpose of familiarizing Poles with Vietnamese culture – which is widely represented in Poland, in particular Warsaw. Over the years, the festival widened in scope and now also includes films from East and South-East Asia.

The Bydgoszcz-based 23rd International Film Festival of the Art of Cinematography Camerimage is the biggest festival dedicated to cinematography and every year attracts the world’s elite in this field. The festival has been held since 1993, initially taking place in Torun, later in Łodz, and, as of 2010, in Bydgoszcz.